People just need to collaborate as a group.

Problem is that there’s little incentive for them to do so. They each have their own small markets which are generally married with local karting businesses. They rely on each other to survive, so they do what’s best for them.

In WA… you know how that goes

Now don’t get me wrong, I’m not saying it doesn’t suck.

The only way you can get close to uniformity is to offer an incentive of some sort to racers and tracks. This is why the Briggs 206 has done so well.

You need all of these for widespread adoption.

Edit: It all depends. If it’s a local engine, that is just running at a local track, then who cares. But, especially with new karters, I wish they had fewer options to confuse them. I had that experience when I bought an X125, and couldn’t get rid of it fast enough when I tried to race it anywhere, but Sumas. Was not a fun experience.

It’s a natural consequence of the high demand for single-make racing. Manufacturers aren’t going to stop building engines, they have to react to market demand. Instead of 6 manufacturers racing in one class we now have 6 different classes or concepts. Complexity is just transferred from one place to the other. Even the cure ‘TaG’ just made everything even more complicated.

The nature of racing makes it very difficult to manufacturers to sustain a monopoly as well which can reduce some of the inherent complexity single-make racing brings for new people to karting. Single-make customers only really allow a certain amount of development, so even if a manufacturers grabs a big chunk of the market with a product which is miles better than everything else (like Rotax did, for all my 100cc I can recognise why the MAX was popular) over time it can’t out-innovate the competition without destroying its customer base. The rivals eventually catch up and everything splinters again. Rotax couldn’t innovate within the MAX market share so tried RM1 and it didn’t work. They’ve tried the electric thing, but that seems to have been invisible this year.

There’s not real solution to this. The suggestion of emulating the CIK, in my view, doesn’t represent something realistic. Europe isn’t a bastion of simplicity. It’s just as complicated and sporadic as the states. Europe isn’t a homogeneous market and there is just as much diversity in classes and products. In the UK tracks are actually de-affiliating with the MSA and embracing the IKR concept. So they get their own insurance and write their own rules.

But back to the point. To me it seems perfectly logical a manufacturer has to build and sell engines. If they don’t they go out of business.

Curious - do you the karting consuming collective out there think if they took the KA design and said this is the standard/blueprint or whatever you call the exact technical spec for an engine and said to manufacturers build your engines to this standard (homologation), this standard would be in place for 10 years, it would work?

Basically same as ICA, KF, OK homologation but for a simpler engine and it remains in place for 10 years.

I think that’s a decent idea, but that could make it difficult for anyone who already bought a KA100. Since that’s the benchmark, I see all the other manufacturers creating better motors. Suddenly all the drivers who got into KA when it first came out are screwed in terms of competitiveness.

I think if we were to make a formula for 100cc air cooled engines, we would have to define these parameters before any motors come out.

For these specifically, if it happens that the Vortex, IAME, IM, and whoever else are all competitive with each other, I would see no problem with running them in the same class. However, since there are no current guidelines on specs of the motors, this could turn into what used to be the TaG days when there were 4 different motors that each run better at different tracks, and then you end up with 4 motors per driver and costs going way up, at least from what I’ve heard that’s what it was like.

Its how it should be, but each championship is run by an importer. The only importer who’s been brave enough so far to allow more than one engine manufacturer into a “100cc” class is ROK this weekend in Vegas.

This would work, if people could be mature and not ‘go-kart’ each other, to try and work out an advantage.

Speaking of ROK letting the KA into their class, does anyone know how the two engines are doing comparatively to each other?

I think most series have been too far apart to allow the engines to be compared.

But I could be wrong…

Mixing the motors was at least trialled for a while in Cali:
@dagee2 talks about it here in this topic:

It was said on Facebook, but it’d be interesting to see a head to head comparison between the KA, VLR, and KT100. A “Pro 100” class would be pretty neat I think. Hopefully Rt. 66 releases the per-entries for New Castle. I’m curious to see the numbers between KA and Yamaha. [100cc%20Trifecta]

it’s a local engine, that is just running at a local track, then who cares.

Re-reading this got me thinking… and it’s a rhetorical question IMO.

In a world where well supported, quality engine packages with established rulesets exist…
How do “local” motors add value to the racer?

I disagree that it would absolutely work.

Most people don’t think of it that way however. They seem to think if one is good, the others have to be bad (not saying this is you)

Once you mix them, you know it’s going to be a war of arms… in some ways that can be good and can certainly be interesting. But in the process each engine manufacturer will push their own agenda and attempt to contort rules, perhaps even track selection.

The real test of these motor’s parity will be when they go to different style tracks that say favor mid vs bottom end. At the moment, the specs seem to be close enough that they should be in ballpark… certainly not as wildly different as a PRD vs a Vortex in the 125cc TAG days.

But again, there’s nobody regulating the “parent” regulations for these motors yet. It really depends who takes the lead… It might well be RoK given they have accepted the KA so far. They will have a bit of a PR problem if the VLR keeps wiping the floor though. But the cool thing is that at least the KA owners and come and play and get in the hunt.

If it works out it could well be a cool format for those of us that like to see a bit more variance in packages.

The manufacturers don’t make the rules though. The regulation body would say “make an engine to these specs”, then set the specs tight enough that there is very little room for two different makes of engine to be super different. The issue right now is every series is tied to one manufacturer.

Are the VLR motors significantly faster than KA this week in Vegas?

Mixing the motors was at least trialled for a while in Cali:
@dagee2 talks about it here in this topic:

it’s a local engine, that is just running at a local track, then who cares.

Re-reading this got me thinking… and it’s a rhetorical question IMO.

In a world where well supported, quality engine packages with established rulesets exist…
How do “local” motors add value to the racer?

Personally, I only think that Local Option engines only really works when the local racers can work together to not cannibalize each other.

Also, if the region has enough racers to allow them to support the engine.

Mostly karting typically becomes a zero-sum game where someone had to die for another to live, sometimes introducing new engines just ends up cutting into an existing class, rather than making it grow.

Are the VLR motors significantly faster than KA this week in Vegas?

I looked up the results and I can’t tell other than there was 21 racers, a Vortex won and times looked pretty close for the top three at least.

Also nothing on any of Kart360’s reports from the week, I clicked around CKN and found nothing there either
Maybe only Vortex’s turned up?

Are the OK and OK junior classes being established this situation except with 125cc engines?

How are the restrictions on different manufacturers takes on achieving the spec applied?

Looks like there were at least two KA in senior… 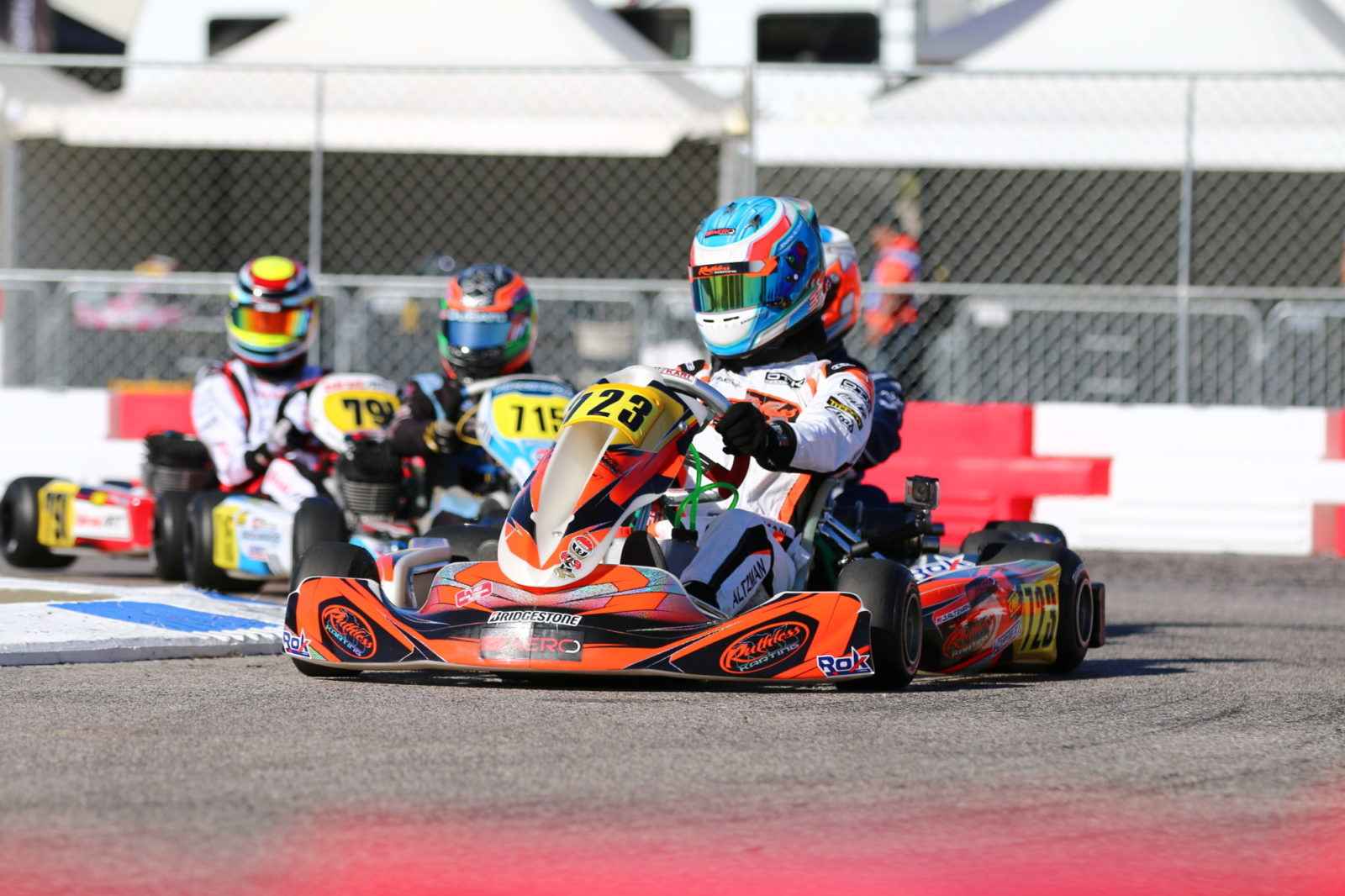 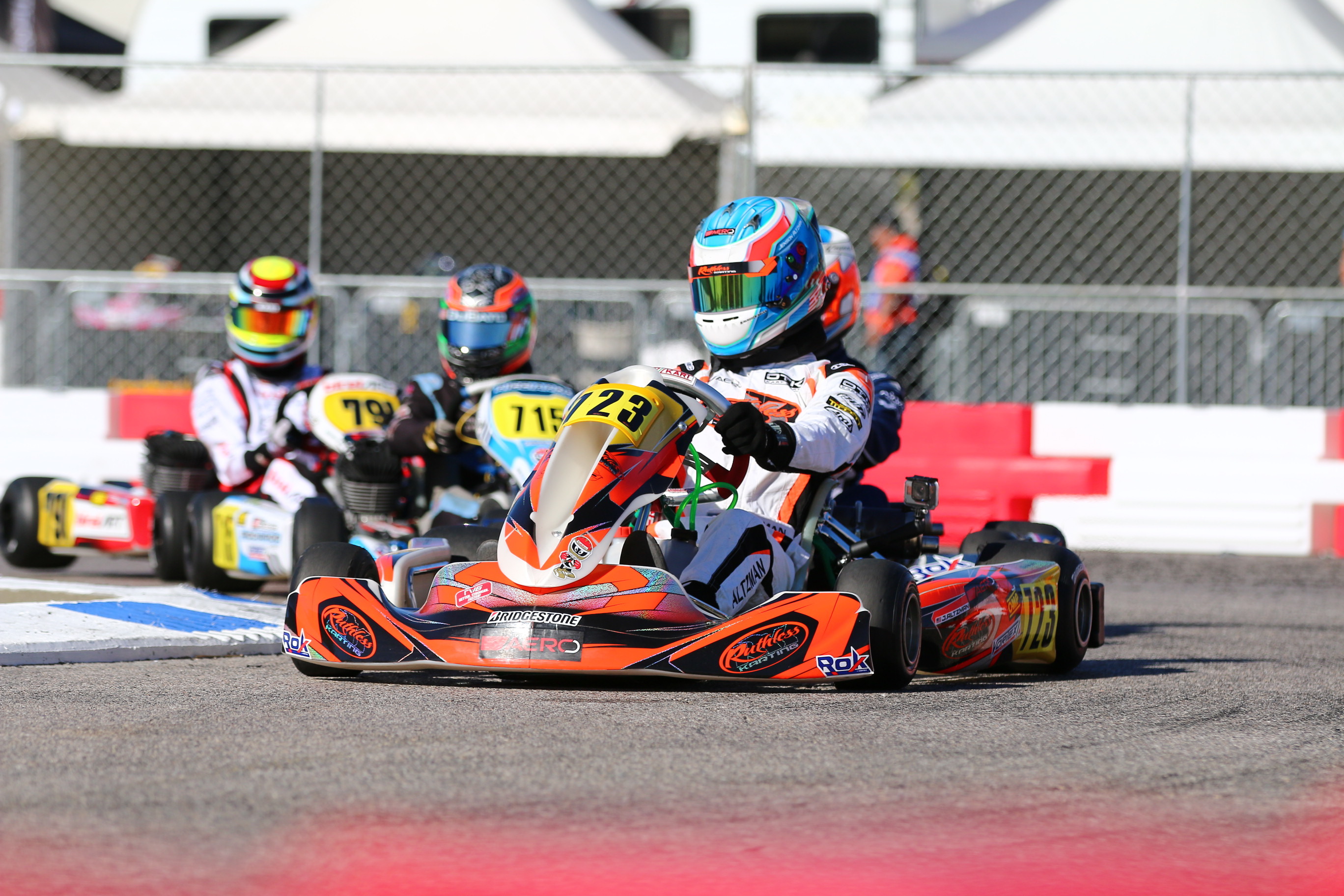 Door opens for Jenson Altzman after Dubato and Hayner get together at the end.

Might want to make a point that admins seperated out the topic, so people aren’t confused.

Mostly karting typically becomes a zero-sum game where someone had to die for another to live, sometimes introducing new engines just ends up cutting into an existing class, rather than making it grow.

So true. At least where I’m at, it seemed to go like this: KT was popular, that dropped off and Clone became the IT thing. Then that dropped away as the 206 became the preferred 4-stroke motor. Now, those that have been running 206 are moving to the KA.

To reply to the subject line of this thread, I would love to see a multi-manufacturer 100cc class. The problem I see is that there is no one national level sanctioning body dictating the rules. Every region and heck, even every club, seems to have their own slight twist on an engine package that works best. At one point a couple of years ago, there were 3 (or was it 4?) different tire compounds being run in NorCal depending on what insurance a track was using. So, I think if there was a sanctioning body in place kind of like the CIK-FIA is in Europe that dictates the rules of KZ, then a class of this nature could be viable in the States. But to me, we’re too big and too spread out to ever be unified on anything.

FWIW I was listening to the EKN industry insider with ROK Cup USA’s Garret Potter. He said that the VLR was specifically designed to have parity with the KA in an effort to build the class (rather than divide it).