What happened to Rotax in the US

Im actually from europe but that interested mefor a longer time. A decade ago there were alot of ratax series in the past and alot of drivers at grand finals. Since few years there are almost non existent. I heard there was some trouble with the main importer but i do not know more. There is like a new one but the succes to establish it again is not very fortune. Maybe you could explain it more detailed to me. Thank you.

I don’t know the specifics of what killed it overall, but I know the part of the reason we only ran it for a season or two was the mandatory part “upgrades” that cost the consumer a lot of money for no perceived benefit other than the pad Rotax’s pockets. At the time, Rotax racing at the national level was quite expensive. Maybe it still is, I’m not sure.

For me personally, the engine just isn’t that pleasant to work on or drive. The power valve, carb setup, exhaust etc. combined to make a bulky package. Leopard was easier, cheaper, as fast or faster on many tracks, and far more enjoyable to drive. Only downside compared to the Rotax was the maintenance and reliability.

Interesting. Here rotax is very strong. I think it bit different here. We do not have regional events here(uk is an exception), only bigger national or international and nearly most of the drivers rent their engines from a team. Only few use their own engine. X30 is also strong. But depends on reagon. I would say its 50:50. The point is, we do not have other engine classes. Rok is only strong in italy. But thats it. If i speak with most guys nrarly all are pretty happy with the rotax package. Leopard was non existent here. Only few hobby drivers drove them. Here depends everything on the series and teams.

With the mandatory parts here there was not a big problem. Compared to a annual budget this was not worth to mention. The only downside was in the beginning of the evo era where rotax had alot of quality issues. Many teams dropped to x30. But the market stabilized. Many went also nack to rotax because x30 was not the holy grail which they hoped for.

In my opinion, Rotax lost sight of it’s original vision of being a hassle-free engine for the every-day club racer. Take a look at the promotion in this video, for example, from 2006. 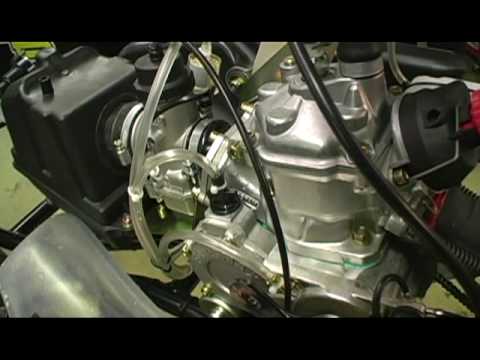 At the time, Rotax had a single national race on the year, and a number of regionals. By 2015, Rotax had hardly any regional championships or club championships – but it had 2 major national races with test weekends available the week prior, as well as 2, 3-race national level winter championships. One on the east coast, Florida Winter Tour, and one on the West Coast, Challenge of the Americas.

I think this is the difference, here we dont have this club level racing. I mean we have a bit of but nobody cares about them. So in most cases rotax ends up on national level. 95% of the drivers are in a team. You will see barely a driver doing it on your own.

In short my observation is that the Rotax importer (MaxSpeed Group) were not given the support they needed in order for the transition to Evo to be a success. This is my personal observation, and not something that they conveyed to me.

In general, the move to EVO was a public relations mess, in terms of channels used (It was leaked IIRC), content of message, the order it was communicated which left dealers, importers and racers feeling out of the loop.

I used Rotax’s own numbers to make these curves comparing the EVO and PrEVO models and they were not pleased to say the least. At the time, both curves referenced the same ISO methodology for testing and reporting of power.

Here’s the curves for Senior: 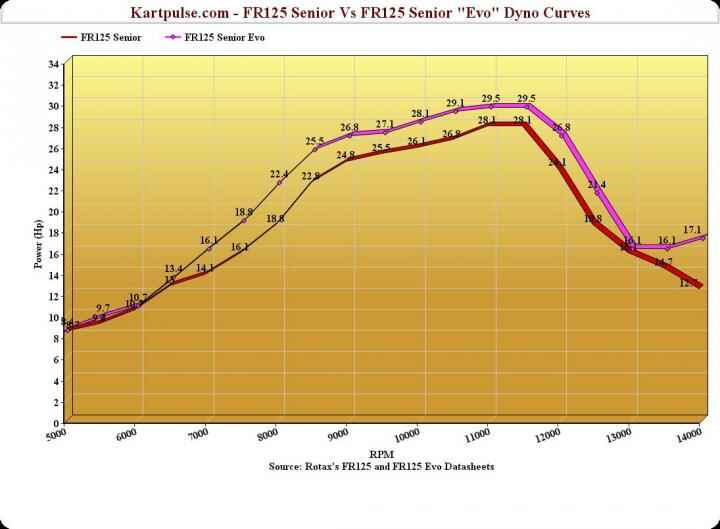 The rest of the curves are here:

It left Rotax and everyone involved to have to scramble to figure out what they needed to do. Rotax’s own dyno numbers showed more power with EVO, but their statements said no improvement over the older model etc.

More stuff from the KP Archive: 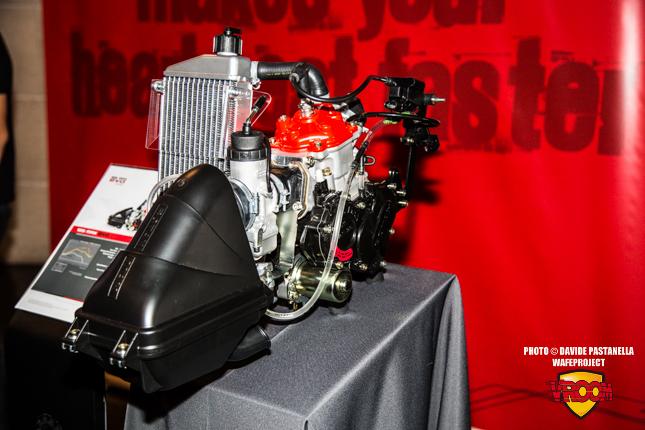 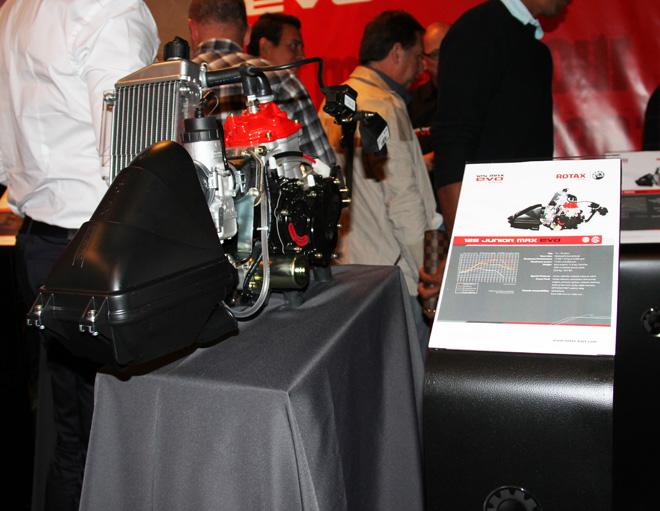 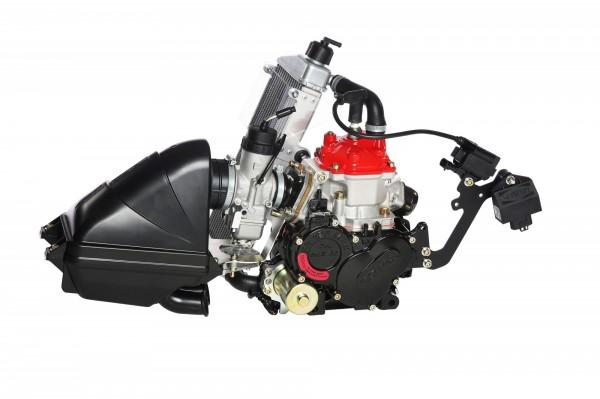 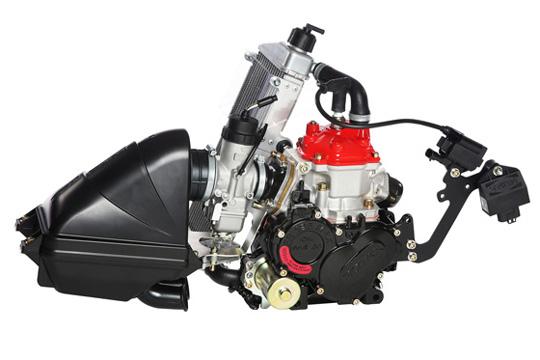 /edit I see Xander commented, I would defer to his judgement on what happened with Maxspeed in the US.

About athe curves, i talked to a guy here which is a good rotax guy and he said, the problem is, that the curve of the non evo was done with the first models which rotax introduced, but during the long period before the evo, rotax upgraded many parts but the curve was still, from the first model. While with the evo all this development was in and over the decade the engine became more powerful. If they had measured the latest model before evo it would look also different as the first models.

but during the long period before the evo rotax upgraded many parts but the curve was still, from the first model. While with the evo all this development was in and over the decade the engine became more powerful. If had measured the latest model before evo it would look also different as the first models.

That would have been great info to have in 2015 LOL. It makes total sense too.

The funny thing is, that the evo package was not surprising. As i remember in 2012 or so rotax did an official survey what customers would expect from the future. There were many question to be answered, 3 topics i remember were more environmental friendly, more power and more userfriendly to use. And also 4 strokes where a topic. Shortly they released the result. And guess which option won?

Edit:
Here is an article of that.

I’ve been racing Rotax in the US since 2011 and went through the transition from Pre EVO to EVO and have witnessed it’s unfortunate demise as a result of several factors. Firstly, the rollout for the EVO upgrade kit for existing engines was a complete disaster as I experienced it personally on my engine. However, Maxspeed was very supportive and warrantied all the faulty parts including wiring harness and ECU and battery holder. The problem is that Rotax rushed this kit out before it was ready. Rotax eventually solved these issues and the engine is better than ever now with the electronically controlled power valve and easier to tune carburetor. I am still racing this engine today.
The second reason for Rotax’s shrinking US market share has to do with timing. When Rotax introduced this unreliable EVO kit back around 2015-2016 if I recall, this was when Iame became the new house TAG engine for all the major races here. So, many racers and race series jumped ship and bought an X30 and never looked back. Fortunately, my local race track still allows open TAG engine class to race my old Rotax that is still competitive to this day. Btw, I noticed where Racerotax is offering a loyalty discount on a new engine package until the end of February if any other racers want to pick one up.

The part that I also never understood is why they didn’t go the shifter route as well.They had a 125cc, 6 gears, powerful unit that they already engineered, tested and produced in large quantities for Aprilia (AF1, RS). See the Rotax 123 as an example. Tried and trued in motorcycle racing…with electric start too. Could have been a true success globally as a transitional category to KZ or a perfect club-level platform. Far superior engine compared to the franken-CR/Honda moto. So much potential, like with FR/EVO, just needed better management of the project

Really to say for me the DD2 is a perfect setup. The shifters are to extreme for me. Especially im in the masters class. 2 gears are enough and i love it to have no chain. You can see here in europe in shifters only the KZ class is popular. Everything else beside dd2 is not existent.

I think as i wrote club level racing exists only in us and uk. I spoke to many people from other countries here and they also confirm this.

The part that I also never understood is why they didn’t go the shifter route as well.They had a 125cc, 6 gears, powerful unit that they already engineered, tested and produced in large quantities for Aprilia (AF1, RS). See the Rotax 123 as an example. Tried and trued in motorcycle racing…with electric start too. Could have been a true success globally as a transitional category to KZ or a perfect club-level platform. Far superior engine compared to the franken-CR/Honda moto. So much potential, like with FR/EVO, just needed better management of the project

You can’t have a transitional KZ category. it’s kill or be killed in that arena. The MAX didn’t act as a transitional category for 100cc and eventually KF, it just killed it.

KZ is a smaller class and its market dynamics work slightly differently. There’s more attachment to the FIA from a competitor standpoint ad that’s part of its attraction. For whatever reason, and thankfully so, the market tends to reject ‘single-brand’ gearbox concepts. Stock moto is an exception, though the success in that was largely because it was a road derived engine which helped keep parts cheap and plentiful… until they weren’t and it collapsed. A common theme in kart classes reliant upon non-bespoke engines.

Rm1 was the original idea from Rotax which morphed into DD2. A to be honest that should be deemed a success despite the relatively small amount of people racing it.

I wouldnt say its a small class, not so big like seniors or juniors but we have here good fields.

I would say it vastly underperformed Rotax’s expectations. It is a small class relatively speaking. I still regard it as a success in that it’s still around in some form.

Yeah this is true. When rotax introduced rm1, their goal was to replace the normal senior class, but that didnt work out

Rotax did it to themselves. I got out of Rotax just when the EVO came out. I even had 2 EVO upgrade kits, they were free. I was aware of the specialized motors effort but not sure that it made that much difference, maybe because I ran Masters, I never seemed lack power. The pre-EVO motors were not that complicated and in fact, if you understood how to tune them, it was quite easy. I think the EVO were more complicated, at least earlier to get running. I heard lots of horror stories about the first race with EVO in Phoenix to the extent that Rotax was delivering new parts at the track. I’m not sure how this could have happened as the EVO was running Europe for 1 or 2 years before they were legal in the US. I think the European teams figured how to get them to run but did not feed this information back to Rotax.

The Rotax certainly wasn’t sexy as the X30 and required a bit more periodic maintenance to the Power Valve and the expansion pipe stuffing but it was reliable with a very long service interval.

We have won national championships or marquee events with every brand of engine in the USA. Rotax was my favorite as a dad/tuner. Only got to do it a couple of times a year though. There is little organization for promoting Rotax races in the USA. I think if somebody really went after it they could get it going again.