What is it like having a virtual kart coach? #keepkartingfun 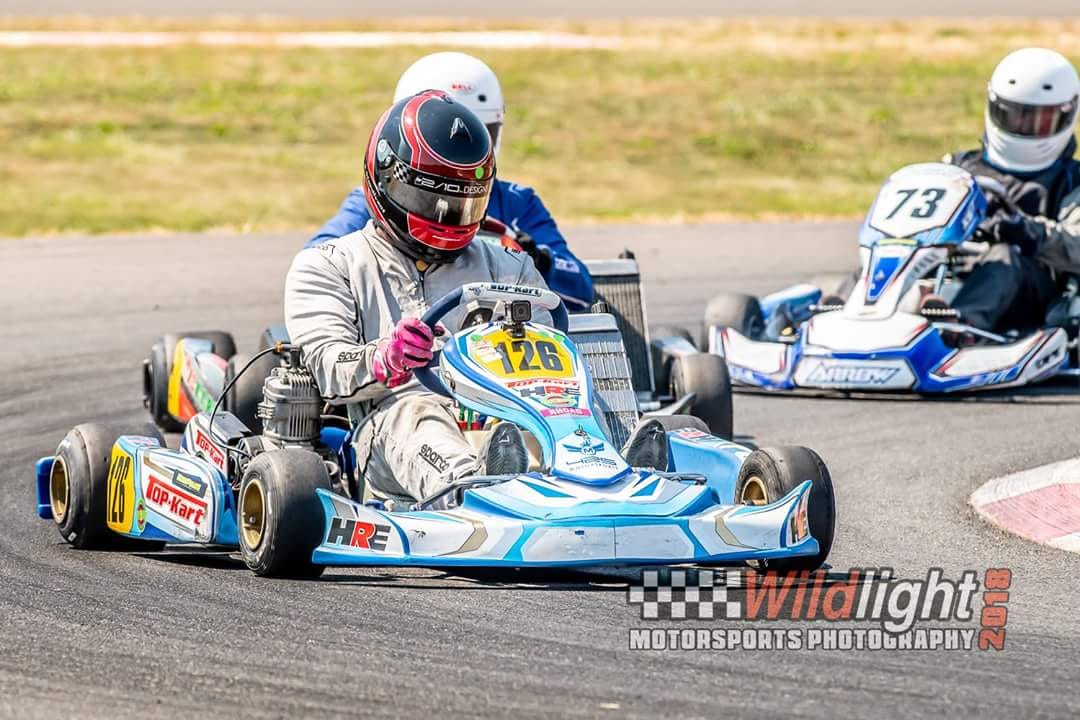 Some of the OG members of the Kartpulse Forums will remember that when we first started up, that I was looking for someone who could help me analyze my race data after sessions. (Well, honestly, I was just looking for help in general, but that’s a story for another day) I’d been doing it myself on and off for a while, (and even was sponsored by another data hardware provider for a season), but I was doing all off the data work myself.

All of us know that, we have so much stuff going on at the track, that it make it really hard to get everything looked at properly. There just isn’t time to do all of the things. So unfortunately, data was normally the first thing to get dropped, which was frustrating, because it had been hard finding someone reliable to come to the track with me to help spot or wrench with me.

Fortunately, I was able to get connected with Eric Gunderson. I’d been talking to him about my frustrations, not being able to find someone to help me trackside. After doing a podcast together, he told me of his idea of providing virtual race coaching services to races outside of his area through his own brand - Apex Predator Driver Development. He’d asked if we could start working together, and give his methods a try.

I’ve heard of other more professional series having virtual coaching, who could analyze Race Studio data or onboard data after the race weekends, but I hadn’t seen someone try it for karting.

Honestly, I was skeptical at first. I’m skeptical about most things,but I wanted to give it a try.

So I’ve been sending Eric the majority of my practice day and race data, as well as onboard camera footage for him to review of my local track. He then sets up a screen-cast and records his feedback either over my onboard video, or over my Mychron data, so I can have a sense of what he’s talking about.

Sometimes looking at my data traces is the most helpful thing. Other times, it’s talking about my onboard, or an overlay of the two. If I really need to, we can setup a Skype call, so that we can go through things further. Here is an example of one of the racecraft videos that he walked me through during a club race at PSGKA, recently.

After a while, I had found a good team to start racing with, and I started to talk to my other teammates about Eric’s services, We would review some of the footage that he had setup for me, and it helps us start to talk about where I needed to focus for the next practice day, or a single thing that I needed to focus on for the next race.

The surprising thing that I’ve found the most helpful through this experience has been that it’s helped to:

I typically don’t tell Eric what feedback I’m getting from other people, until after I’ve got his report back, because it helps me if he makes similar comments to other people around me.

What’s really nice is that I know that he’s paying close attention to my data. I’ve had some of my teammates not know what my fast time has been around a track, after racing with them for some time, which can be frustrating when you’re trying to focus on your improvement. So having some impartial, just look at “what you sent me” helps me know that he’s got a critical eye on things.

The other unexpected benefit is that my race reports are now mobile. Since he sends me video files that I can review, I typically download them onto my phone, and review them when I have the best time to focus on them. (Like when I’m on a business trip, or taking a break from morning exercise.)

It’s also motivated me to make sure that I always have my camera charged and recording, when I’m on the track, and also that I download my Mychron data every single day. When I know that I have someone who is expecting to review my sessions with me, it makes it so that I’m more focused on ensuring that downloading my data is more of a habit.

After a few sessions and races, I’ve really noticed an improvement in my driving over the season. I’ve won one race, and had better pace in most of my races. I still have to be responsible to focus on how I practice, take good notes, and do my other training, but having a virtual coach is just another valuable service that I wish I had been able to take advantage of years ago.

Also, (because I’m sure that many of you are thinking about this), his rates are extremely affordable. I get coaching services, for less than the cost of a set of tires, which is amazing more helpful in the long term of my development as a driver.

I really wanted to start this thread to get people thinking about how they are using data, and coaching at the track. Would you try using a virtual coach? Why or why not? What coaching methods help you out at the track? Let me know below, and let’s get a discussion going.

Link to podcast with Eric down below:

I’m starting a virtual video coaching lite thing with TJ. By that I mean I send him footage and he critiques. No data or anything but at my level, there’s so much to work on without that level of granularity.
Our first virtual session was useful and got me thinking about stuff that I was able to take to the track. In the heat of racing, not sure if I was able to get anything to stick. We’ll see what he has to say after my next session. I don’t doubt, however, that it will be a benefit longer term.

Nudging this thread for fun.

Well longer term has come and gone. So, did it (coaching) work? Was I somewhat trainable?

TJ’s race critiques were really helpful as I raced. There was a lot of uncertainty on my part and a ton of newbie mistakes that he’d identify. For example, he taught me about passing; “No window shopping. Buy something or leave.”. Meaning stop sticking your nose in and hassling the other guy. It slows both of you down. He taught me many practical things that greatly helped me understand how to run in traffic!

TJ also introduced me to the idea of driving “under the rubber”, which set off a chain reaction in my thinking and led me to…

…working for about 6-7 months studying with another coach that discussed racing as well but we were more in the weeds of technique and mindset.

This was hugely impactful and I sought it out after I had a really interesting race experience where I felt I had reached the end of my rope. I needed help understanding how to take all the info I had in my head and put it all together. What was important, what wasn’t.

I was drawn to this coach because how he spoke and wrote about driving resonated with me on a personal level. The “fit” was perfect. I was pre-disposed to absorb his teachings as my mind was like “Yes! This makes sense. Feed me knowledge as fast as you can.” Heady times indeed!

This pretty much was the most important thing developmentally I have done.

As I am now on an x30 hiatus I don’t have much data. But, I did end up running in the front pack (the other front pack, Bonanno is in a league of his own). I had a bunch of Podiums and this year began super strong!