What is the max your CR125 will rev to on the stand? - Post Rebuild troubleshooting

So I rebuilt my CR125, and since I’m not racing it, I modified the engine while going through the motions, straight intake case mod, ported the cases, dome top piston, figured that was enough to start, point there is that I did make changes.

I broke the engine in over a 20 lap, or about a 20+ minute session, and it ran well. I was building up speed over the session and wanted to finish it off with nearly flying lap, but wasn’t able to finish the lap when she bogged and limped into the pits. Peak RPM on that lap was a bit under 12800, so otherwise normal.

I found the connector to the primary terminal post on the coil had broken, so fixed that and replaced the coil and stator. While testing it out on the stand the engine runs but won’t fully rev to the normal ignition cut I typically see at 12850, The engine was older so I’ve replaced the stator, rotor, coil, wire, cap, and plug and at WOT on the stand, it’s as if it’s on a soft rev limiter at 12k. I had never actually revved it that high pre-rebuild on the stand, so I don’t know if the CDI is limiting RPM due to the rate of rev with it not being under load, or ? Carb is clean, and jets are clear, it runs great otherwise.

I won’t be able to hit the track for another week, so I figured I’d ask if this is normal.
Two images attached, one of a normal rev limit where the ignition signal is cut to 6k and what I’m seeing now where it oscillates a bit under 12k. 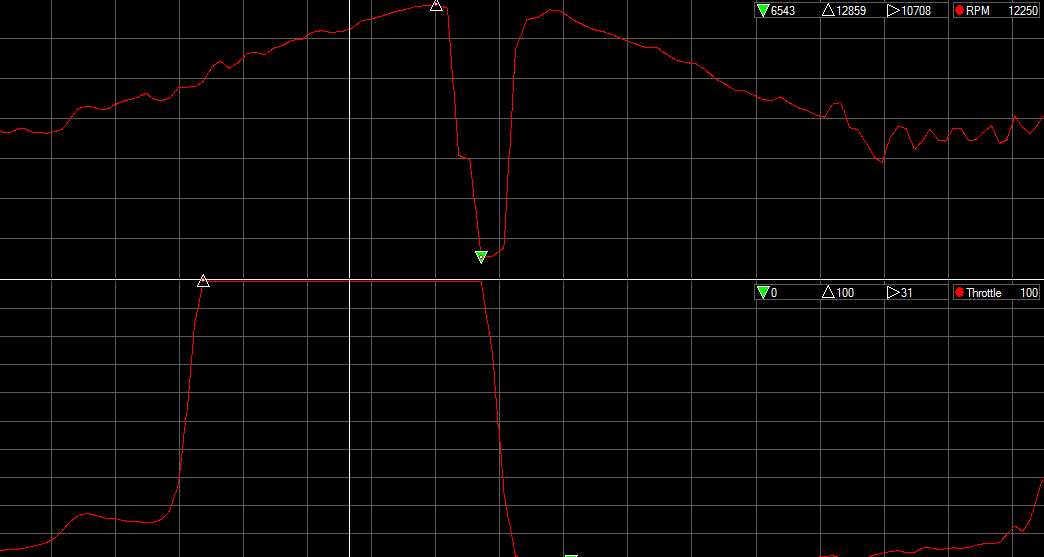 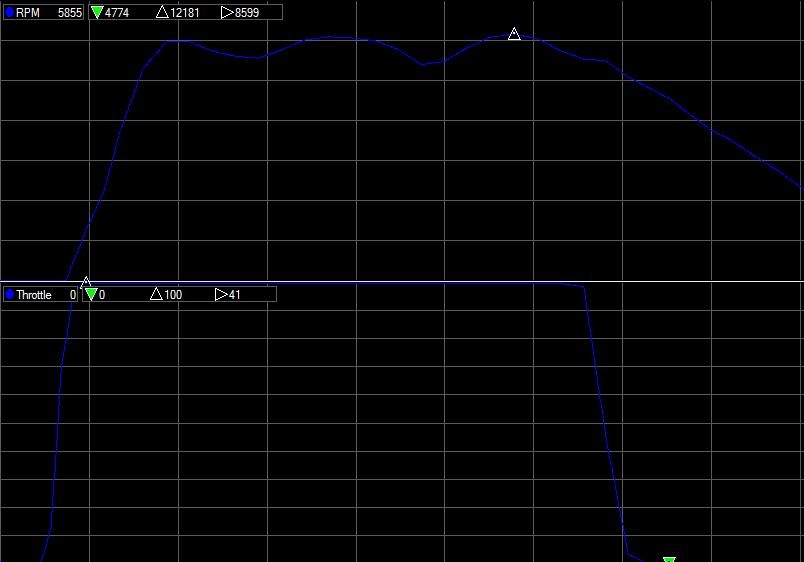 The stock CDI retards the timing as a revlimter of sorts and it sounds like a dying baby sea lion. I can’t remember the exact RPM, but 12,600 is in ballpark.

I got the kart on track this last weekend and everything ran normally. The rev limit was a few hundred rpm lower but aside from that, it was the same as before.

Thanks for reporting back!