What's a crazy thing you did just to be able to race or be at the track?

About 11 years ago my dad and I once camped out Newcastle Raceway. That sounds simple, but we camped in a plain white cargo van with an ac unit hanging out a window since the track had power at the pit spots. I wish we had cellphones at the time where we could take pictures.

It was cheap but uncomfortable. Also we didn’t have to try to pack up and leave at 4 in the morning to race.

Don’t thInk I’d say they are crazy but…

Slept in the car at the tracks number of times.
Carried my TT27 in my school backpack for a couple of miles. They get heavy fast!
Hauled my kart to school to weld it.
Transported the kart on the roof of the car a few times.

I have to go to a Celine Dion concert just to attend Supernats this year.

I have to go to a Celine Dion concert just to attend Supernats this year.

OK now THAT is a serious sacrifice!
… and welcome to the forums!

oh boy! I can only imagine how one can endure that just to attend Supernats.

Back in 08 when I raced in Stars, I traveled all over the country in a $1200 Pontiac mini van. Many times just barely squeezing in between all the 18-wheeler big rigs. Pissed off the MRP and Birel factory guys pretty badly when I went out and beat their guys. Howden took pics of my setup for EKN after putting it on the podium in Ocala only a few weeks after I used the same kart to win on the big track at Daytona.

Much of that time I was on the road, my electricity and gas was shut off due to spending too much on racing… I wasn’t home much so I didn’t care and I lived alone. And lived is exactly what I did!!! 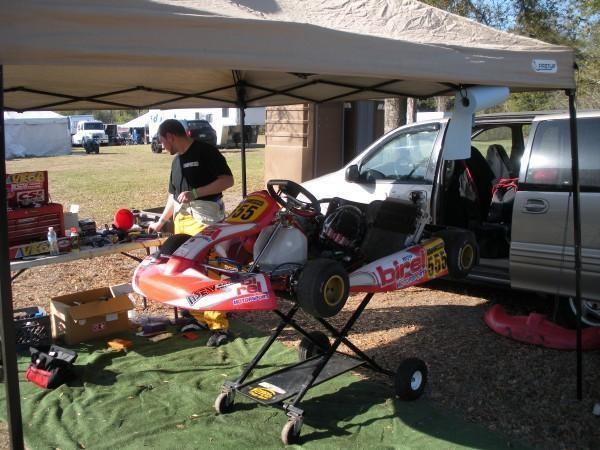 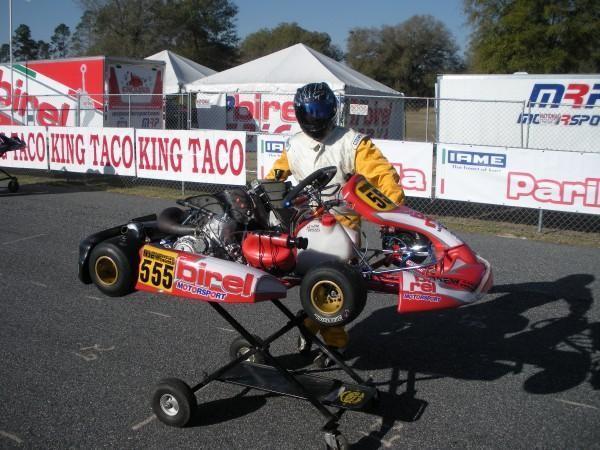 Drove the to track for a weekend of racing, as we pulled into the track on Thursday for practice the power steering went out on the truck, well, Oh and no clothing, we left that at home. Lets just park the truck and practice and we can deal with the steering Friday while we practice. Practiced. Bum a ride to Walmart(Power Steering Fluid) and then Hotel

After purchasing clothing for the weekend and finding no amount of power steering fluid was going to fix the problem when to hotel to eat pizza, the recently returned twinkies, and drink beer while we watched. We can deal with the truck Saturday. Saturday racing and called around but could not find a place that would be open long enough to fix the truck.

Well, I guess we will deal with the truck on Monday. Raced Sunday, called work and school(driver was 8yrs) for Monday time off. Monday backup and head straight to the deal, just a few hours later we were on our way home with a good story to tell.

Full write up of the weekends adventure.

From a non-racing standpoint it was a really difficult weekend.  We left Thursday night for Springfield so that we could get an early start practicing on Friday.  During the drive up, the truckR…