Whats the best way to take a gokart overseas for event?

Im wanting to organize a Hyper4 holiday / race in Seychelles. but not sure how viable it is for everyone to fly over with their gokarts?
You could pull your engine off and stick in a suitcase. it would go over weight but thats ok. and the roller with a new fuel tank could go as sporting goods? for that matter the entire thing with the engine still on it probably could?

Probably the most important consideration - fly over from where?

Secure 2x karts vertical on a pallet and send them air freight or sea freight if the departure point allows it.

From Australia for me.
But id like have people from Europe come also.
An annual VT250 / GK4 (Hyper4 in Australia) holiday to Seychelles is the plan.
May be a pipe dream. But a bunch of us from Australia are keen. Must be far more in Europe keen since there are way more of these class of karts there and Seychelles is closer for them.

I’d say it’s neither closer nor easier for Europe. From Australia it’s easy - point to point straight line sea freight, put all the karts in a container from Perth and split the cost, added bonus you can shove into the container trolleys tools tents whatever else you can fit and it’ll not cost any extra, it’s very do-able.

From Europe either come via Suez Canal and hope to not donate the cargo to pirates or round Cape Horn, either way not simple, air freight on pallets becomes preferable but that’s gonna be fairly pricey.

I would have thought taking it on the plane with you would work out cheaper and quicker.
I know it sounds crazy taking a kart on a plane. But why not?

It’s too heavy. You’d have to break it down into at least three packages so no one package exceeds 32kg. The frame would need to be in a hard shell box because it will have a couple of hundred kg of unevenly loaded bags on top of it, if you don’t want it to be as straight as Davith Thomas at the other end, it needs to be in a hard box like wood, which adds more weight. Typical airline checked baggage limit is 25kg and they typically charge around $100 US per kg excess. You’re gonna rock up with around 80kg of excess baggage which will cost you around $8000. That would pay for a 40’ container which would likely hold everyone’s kart.

Personally from Aus, especially considering it’s an organized event, I’d put them on a ship. You can specify to the shipping agent what day you need them to arrive. Divide the cost it will likely be less than one excess luggage fee. You can fit a lot of karts into a container if you pack them vertically.

You run the risk of your engine being impounded or destroyed, even with fluids drained.

Container is usually how this is done. There’s a US group @Norcal_Karters that sometimes pools together and goes to Bermuda or somewhere else exotic. 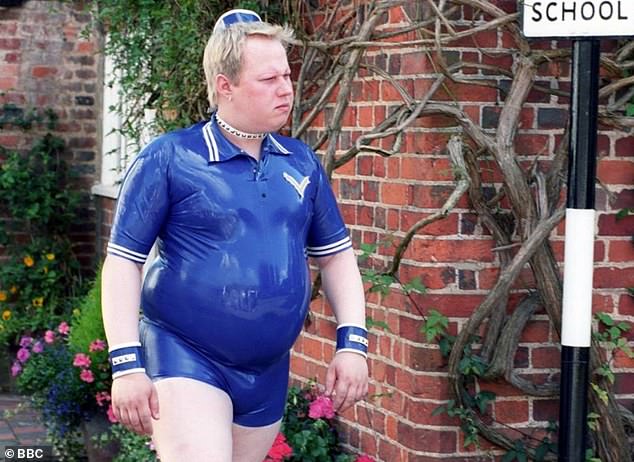 Dafydd Thomas is a major character from the Little Britain franchise. Along with Vicky Pollard, Lou Todd, Andy Pipkin, Emily Howard and Marjorie Dawes, he appeared in every season of the show. This included the Christmas special, charity shows and the USA spin-off.

Daffyd hails from the fictional mining village of Llandewi Breffi, Wales, (not to be confused with the real life village of Llanddewi Breffi, Wales). Throughout the shows running, Daffyd would repeatedly and falsely claim to be the villages sole gay resident. He deliberately ignored the clear evidence to the contrary and continued to act as if his claim was genuine.

@Richard_Jacques im searching for a connection to shipping karts…

because it will have a couple of hundred kg of unevenly loaded bags on top of it, if you don’t want it to be as straight as Davith Thomas at the other end, it needs to be in a hard box like wood

Davith Thomas being about as straight as a 9 bob note. As we say in blighty.

Aha. I did not see the reference. I should sub to acorn or Brit box to check some of these shows out.