When Is a Chassis Considered "Done"?

As some of my Facebook friends may have seen, my chassis cracked the welds a couple times. I’ve been hearing it’s time to retire the kart and relegate it to exclusively club racing. What are the primary signs that a chassis may be past it’s competitive lifespan?

It has to be welded in between every session.

In reality, there will be a point where the chassis stops responding to adjustments as well, and this is generally when a chassis is considered “done”. However, it might still be quick. The ultimate indicator would be when it starts to get slower. If it isn’t slowing down, keep it going.

Also, if you wear through the frame rails on the bottom.

When you find it’s not responsive to changes.
When the cost of rebuilding it with new components is more than you are comfortable with
When you can’t rely on it (keeps cracking)

I know both of you have seen, but the current state of the frame is, less than ideal… 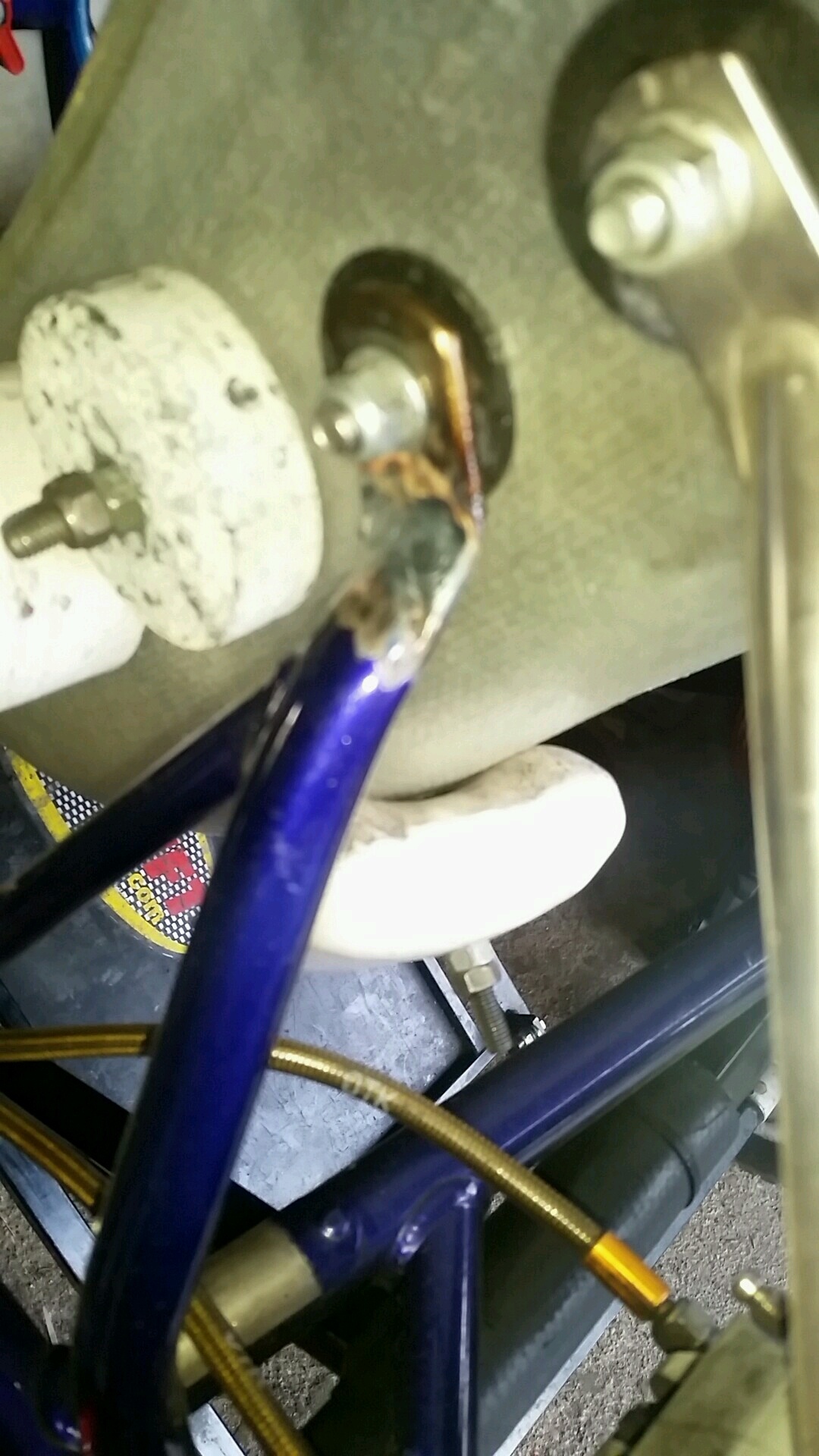 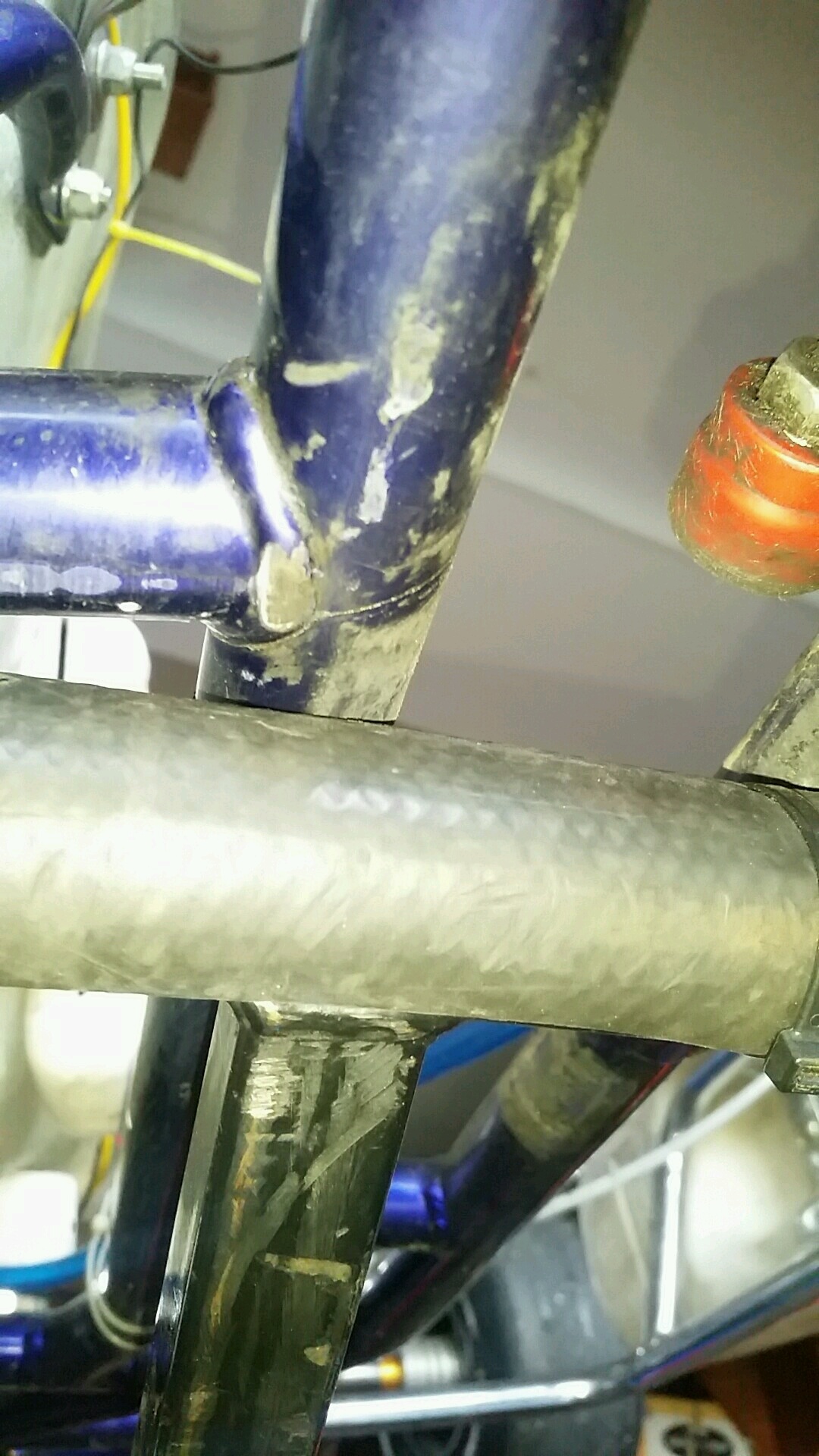 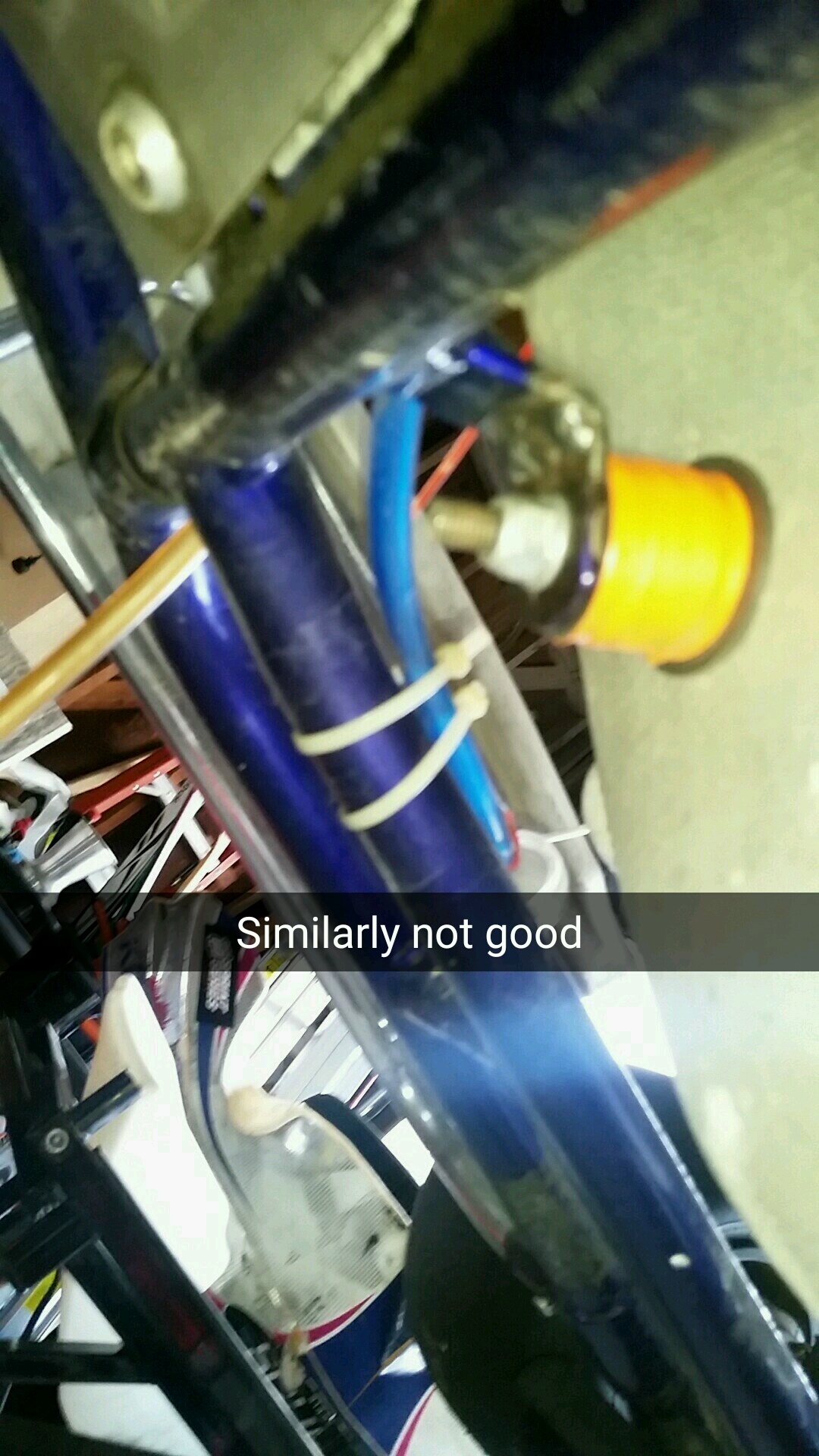 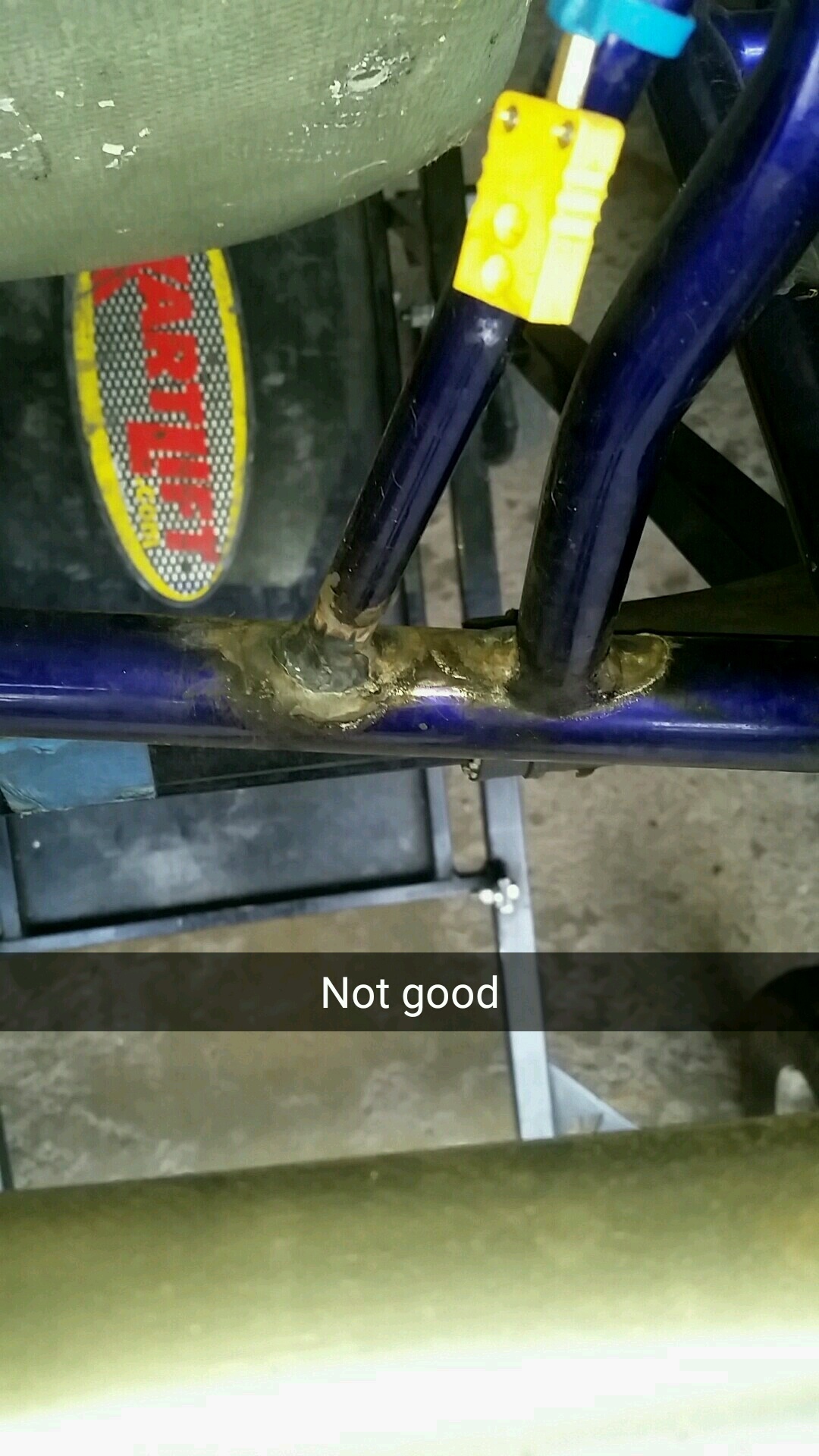 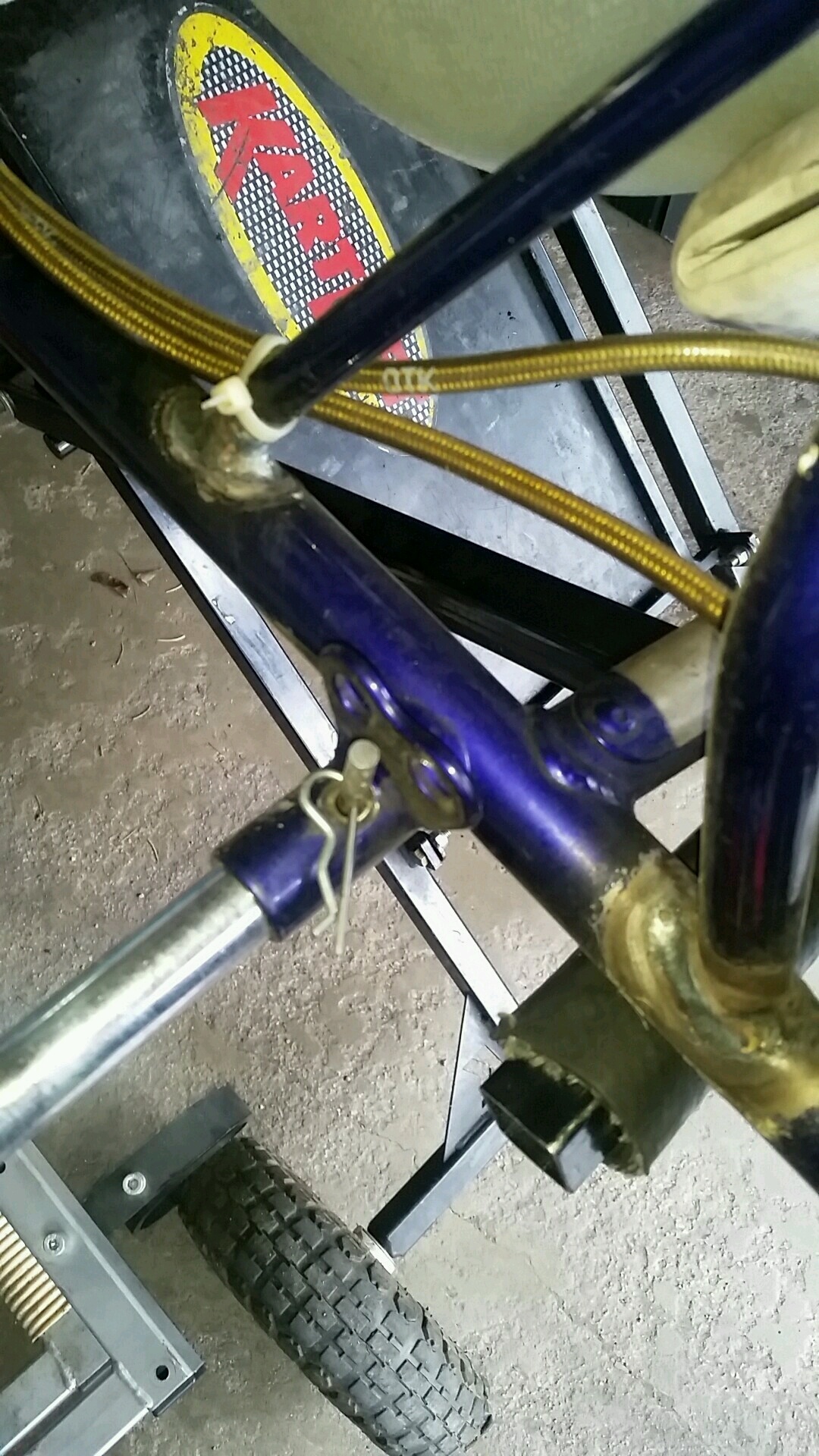 Yeah with that many cracks I’d say retire it because you know it’s going to crack again and probably cost you a good result.

All depends on your budget though. If you can’t afford it yet, might be worth sitting out a race or two to get something fresh.

@tjkoyen got any leads on an OTK frame for this gent?

We’ll likely run it at, as my phone likes to auto-correct it to, Basher Kart Club. No point ruining a good chassis for a club event.

One thing some people haven’t put as much comment on regarding this is also how much the bottom is ground off. If you’ve flattened the bottom of several frame rails, then the tubing will flex or behave way differently compared to it’s original design. Of course, this is really mostly relevant in extreme cases. I’ve seen a couple cases where a well scraped chassis actually broke nearby because of the extra flexing it endured.

With soft chassis being the norm now, it seems to be less common that a top-level team or racer will use a chassis for more than a few races.

On an another note, some chassis (~cough~ Tonykart Psylo ~cough~) were garbage to begin with, so I guess if the chassis isn’t fast then it could be considered ‘done’ for that application.

Left rail sag is something to look for too. I think that’s often what we are actually dealing with when someone says a chassis is “flexed out”