I can only assume this is a response to Kaden Wharff getting a stuck throttle in Pittsburgh, but the WKA has just mandated that all karts use a carb return spring. This actaully was a little surprising to me because I already thought that they required that, but it’s good that they do it now.

Is there anything else safety wise that should be required but isn’t? I’m not entirely familiar with most tech rulebooks.

For anyone who didnt’t see it, this is the crash

and here’s the aftermath 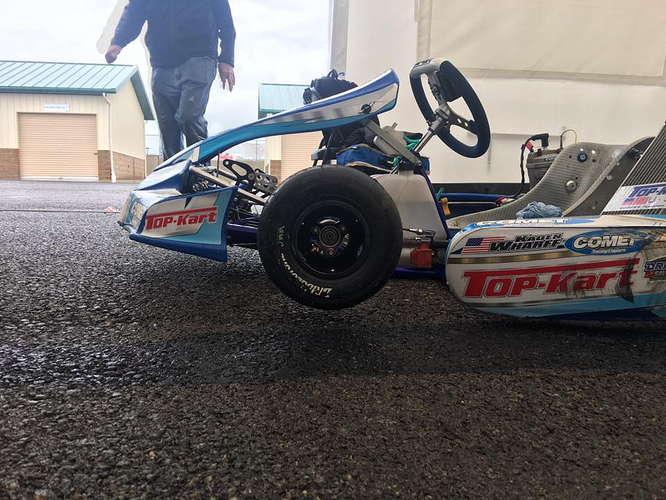 Seems surprising that it wasnt mandated in some way already. Aside the bravado sillyness of “sure ill just pitch it in”, there really should be one on there so that you don’t thump someone else off the track and end up with a DNF.

I’ve always run some sort of auxiliary spring at the carb when I can, the springs on your typical butterfly shaft is pretty weak.

James, the spring on a butterfly carb is strong WHEN IT IS NEW. However, after a seasons competition that spring loses its tension and is worn to possibly a knife edge in places. So it warrants replacement. Not always done, hence WKAs edict. One in a million shot but Insurers like that racers are mandated to adhere to all Safety Rules. Should a carb return spring break the butterfly plate will stay 100% open. By surprise too. Kill switches on the ignition were a Rule back in the day, but drivers were too slow to use them in an emergency. So I agree with WKA. Thanks.

I wasn’t in disagreement. Just surprised it actually had to be “a thing” that had to needed to be communicated. i.e I thought it would be implied, like in the same way your kart needs a seat.

I see SKUSA have followed suit so guess not

SKUSA and USPKS. Everyone is hopping on board now

Thanks for sharing the info.