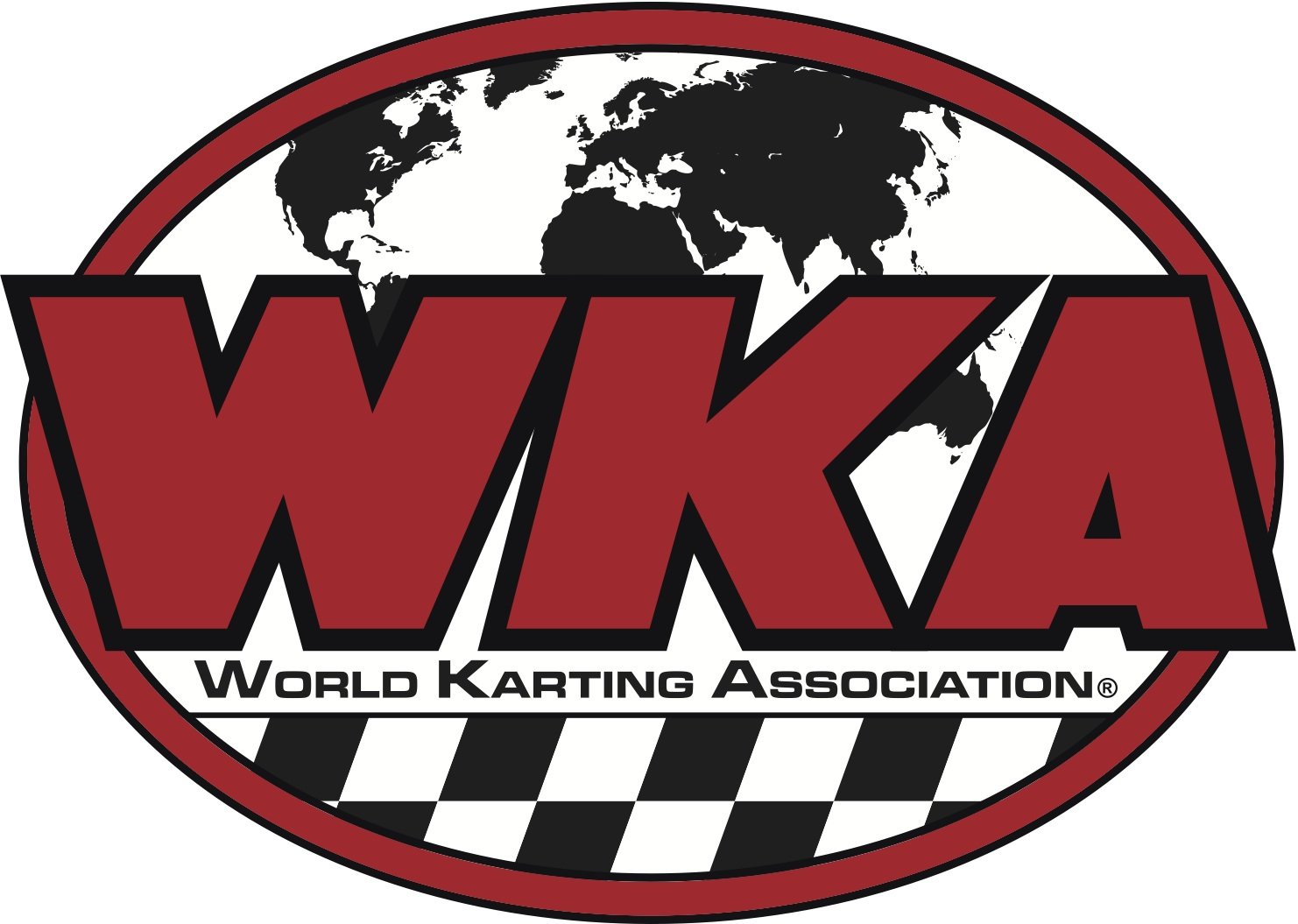 What does the established 206 guard think? Is it good to have more opportunities to race or will this split entries and shrink fields?

Man, I am torn on this one. Based on previous experience with WKA, and what they have released so far, the pessimist in me says this will be another mediocre series with too high of entry fees in a market (Charlotte to Florida) that is saturated with 206 racing already. I predict a decent first event and then just mediocre turnout from then on out. I know this is impossible, but just once I would love to see sprint organizations work together to put on huge events (kinda like the road racing clubs), instead of just starting another series…

As one of the handful of racers that was at the first ever 206 Cup, later renamed CKNA, and still races with them I guess I have the unique chance to see how WKA and Cup have gone over the years.

Years ago when WKA was first starting to decline, they actually asked to partner with Cup. Obviously this answer was no. Ultimately based upon Cup didn’t need WKA, WKA needed Cup.

Years later, WKA loses Gold Cup and 4 stroke sprint completely. Adds back in 206 at select events for Man Cup. Really at this point only Daytona matters for 206 racers and WKA.

During this entire time Cup Karts has grown. Mostly by its racers promoting and pushing what Greg and Steve have given us to race. Fields grown from 5-10 up to now 20+ for regional races in the North and a Spring Nats that has over 300 entries and a Grand Nats that, if borders were open, would hit 500. A reborn south division that shows improvement in numbers from last year.

WKA lost everyone because they do not treat the racer with respect and a constant barrage of rule changes. The exact opposite of Cup Karts.

Long story short, one series has the racer in mind. The other has money in mind. It’s a shame that WKA is a shell of what it once was. No one to blame but themselves.

WKA should be of no threat. Racers should and most likely will go with the one who brought them.

I think it’s in WKA best interest to have a builders class. Goes back to the other conversation about another Briggs option rumors.

The pro gas seemed like a decent program. Just at a bad time. Jims super stock May also be an option.

But for WKA to make this work, they need something other than 206. Get out ahead of it and be that option. 206 has to many places to race and a small portion of that wants to do anything with an “open” motor platform.

Like Cup, you’ve got to get on that train early and be THE ONE doing it. Otherwise, you’re just another one trying to take some pie.

Being new to this stuff, I only know what I’ve heard. Which in terms of WKA has not been that good. All I hear (consistently) is that the fees are high and the rules are ridiculous and the goal posts move frequently.

I’m having a good time with CKNA and I see no reason to jump ship. My plan for this year is to do some more traveling and attend some locals at various tracks here in Florida that I haven’t been to before. (Bushnell, Orlando, Homestead, Daytona)

Currently, having CKNA as good as the series is- I have no interest in WKA personally.

What does the established 206 guard think? Is it good to have more opportunities to race or will this split entries and shrink fields?

In all honesty, it’s not even so much a competition. They’re filling the gap of the Maxxis series that shut down at the end of 2021. That series covered what was the remaining die hard WKA Gold Cup karters. In a way, it’s coming full circle, the only difference from 2013/2014 when Gold Cup wrapped up to now is that CKNA South exists and has momentum on its side.

Yes, so the only difference from when WKA failed last time is that there is even better/more competition… Seems like a recipe for success.

This is a money grab at best. They are trying to stay relevant. Their 4 cycle series failed completely. They are not even close to the premier 2 cycle series anymore. Take away Daytona and WKA doesnt exist anymore. They are offering nothing new, nothing exciting, nothing interesting. Hell, with this 206 idea, 2 of their 3 tracks are the same as CKNA’s “Nationals”. What is going to draw anyone in to WKA?

Desperate attempt by WKA to remain relevant. Daytona was a mess, disappointing on multiple levels. Now they’re trying to capture a market that they think is going to be easy but with CKNA South already established, WKA is going to have to make a lot of concessions to draw people over from the CKNA running. CKNA has solidly improved itself over the last year, WKA has become worse and worse over the last, what, 5 years? It maybe stayed equal from 2020 to 2021, but it didn’t make leaps and bounds in the right direction.

Things that got me at Daytona this year and left a bad taste:

I would recommend anyone considering a 206 southern touring series to go to CKNA and not get within 25 miles of a WKA event right now. I’ll update with how the next KartWeek goes at the end of 2022, but comparing the CKNA Grands to WKA Daytona, CKNA was better by a country mile (not perfect, but noticeably better).

General note, not aimed at anyone specifically here yet…

That doesn’t mean there is no room for criticism. It just means that when there is criticism that it’s objective and constructive.

Fair point. Fine line between criticism and bashing. Thanks for the reminder. FYI - This being one of the friendliest and least hostile karting forums on the internet is one of the things that draws me to it vs other “more aggressive” forums.

Relevant to this conversation, though: WKA has brought a lot of criticism on themselves over the last 4-5 years. Especially with the market that they are now trying to enter back into. It has definitely been noticed by more than a few. I guess, ultimately, the racers will vote with their entry money whether they really want this or not.

This being one of the friendliest and least hostile karting forums on the internet is one of the things that draws me to it vs other “more aggressive” forums.

Appreciate that, that’s what this space is for… Adult (like) conversations and discussions that add to the sport rather than detract from it. It’s so easy to be a critic, throw insults (well meaning or otherwise). The end result is polarization. The resulting infighting is not a pretty look for the sport to those on the outside looking to join in the fun. Even the well meaning jibes between two strokes and four strokes can be harmful IMO.

Easier said than done, but the posts I see on the forums each day here give me restored faith in humanity as far as karting is concerned

It’s something I have to keep in check too, so by all means I should be held to the same standard.

Honestly I can’t say how grateful I am for the community here, it might not be apparent how much each of your contributions matter, but my belief is that the sport looks “better”, more welcoming and less confusing to the internet populous than it did several years ago.

I agree that their picking up the slack left by maxxis. Also, the wka schedule starts after Cup karts South is complete. So at the moment they aren’t competing.

I’ll be sticking with Cup Karts South. I may hit up the wka Jacksonville race if attendence looks high

I heard of Maxxis at Jacksonville but I’ve never run or been to one of their events. What did I miss? Did Maxxis fold? Hit the pause button?

Folded. I dont have any inside info, but from the outside looking in it appeared to be low entries. Why WKA thinks they can succeed in that same place is beyond me.

Yes they folded. It was the most affordable traveling series. I’m not sure why it wasn’t more successful. Maybe could’ve chosen different tracks. Or maybe just because people didn’t want to buy another brand of tire for just that series

The easy scapegoat everybody says is poor marketing. But the real truth is that they just didn’t get enough clubs and shops onboard in growing the region, and their series by default.

This is an interesting topic. Daytona is a bucket list event if for no other reason than I used to work Timing and Scoring at the 24 Hours of Daytona in the days before kids and like the idea of driving there even if it is ‘just’ in a kart. My son and I are just getting started with a couple Margay Ignite karts and I’ll be watching this discussion closely to help decide whether to pull the trigger on a birthday week racing at Daytona (yes, I’m one of those poor benighted souls with a birthday close to Christmas). As @KartingIsLife pointed out, I appreciate the spirited and informative discussions here. I’ve been lurking for quite awhile but we finally pulled the trigger on the Margays and we will be racing LO206 this spring!