So I’m hoping someone can provide some guidance into what may be contributing to this problem.
I’ve had 3 lower end connecting rod bearing failures in the last 18 months or so. Two have been factory assembled cranks and one were a local shop rebuilt the crank. The last one had only 14 hours total. The top end on that engine had been rebuilt 6 hours prior to the failure. I’ve been running 6.4oz redline 2t oil per gallon and run 93aki premium pump fuel. All 3 failed with no warning. Engine running strong one lap and then not. All have happen near the end of the longest straight at my track. The kart is geared to hit around 15300 to 15500rpm.
From my MX days, these king of failures were usually related to dirt ingestions but I maintain my filter clean and see no sign of dirt ingestion. I looks like lack of oil but don’t understand why.
bellow are pictures of the last failure. One of the thrust washers is gone, but I feel likely that happen after the roller bearing failed 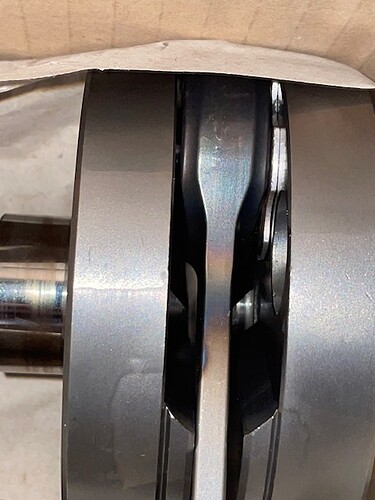 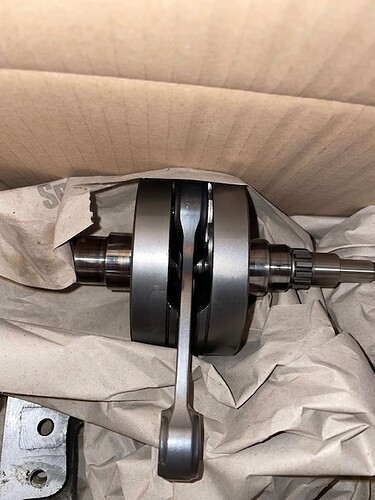 is 6.4 a rule requirement in your area? Most clubs that run redline or full synthetics run 8.0oz per gallon and that’s with leaded fuel still…where the lead also helps protect and lubricate some.

I’d guess the combo of 6.4 and unleaded fuel are both contributing. It clearly got hot and failed based on the color of the lower rod.

We run like 6.7 with Elf but it’s ester based plus still on leaded fuel.

Your issues could be happening for any number of reasons, but after blowing a main bearing and a rod bearing (two separate incidents), the best I’ve come up with for myself is:

a) I always run the low speed needle rich and don’t mess with leaning it really. First of all when I blew the rod bearing, it was when I was playing with see how far I can lean the low speed needle out, and second of all - all those tweaks were pretty ineffective anyway (as compared to the high speed settings). If you really want to mess with the low speed settings get a dyno and someone who knows what they are doing, and probably expect to go through low end parts more frequently. The low speed setting is particularly important to have rich enough at the end of long straights because that is the only source of anything (in this case fuel and oil) that can cool/lubricate your engine when you lift off the throttle at the end of a long straight.

b) keep you main bearings reasonably fresh. The older they get the more vibration gets into the bottom end and that’s very hard on the whole engine.

Beyond that I wonder if everything in your engine is square? If there was a defect in the cases or any of the other major mating surfaces that could create some a situation that always =='s a ticking time bomb.

What does 6.4 mean in this context Andy?

Jorge can you confirm the oil and ratio you are using? It’s interesting in that I can’t see much in the way of heat buildup in what’s in the pics.

He said he was running 6.4oz of redline per gallon of fuel

@KartingIsLife is this what too much heat does? Metal seems discolored in a certain area. 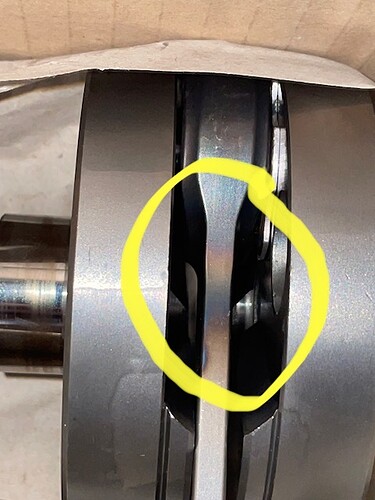 hi, yes. 6.4oz per gallon, so 20 to 1 ratio.
all the failures showed the same discoloration on the connecting rod and as Andy stated, to me it indicates how hot it got. i attached another picture. this one of one of the previous failure. its what was left of the bearing. 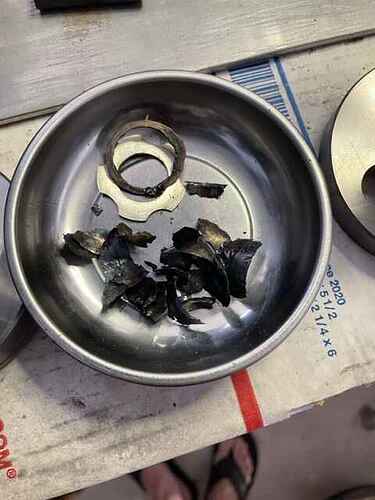 Redline 2 stroke kart oil is terrible. It’s very thin and it has minimal bearing protection. They’ll even feel dry to the touch coming out.

IAME recommends Elf HTX 909 for these engines. It’s a 50 weight oil with castor for high speed, high heat operation. When that’s not available, I use Polaris VES Extreme which is also nice and heavy and is specified to let Polaris’s newest engines make their TBO.

thanks for the info