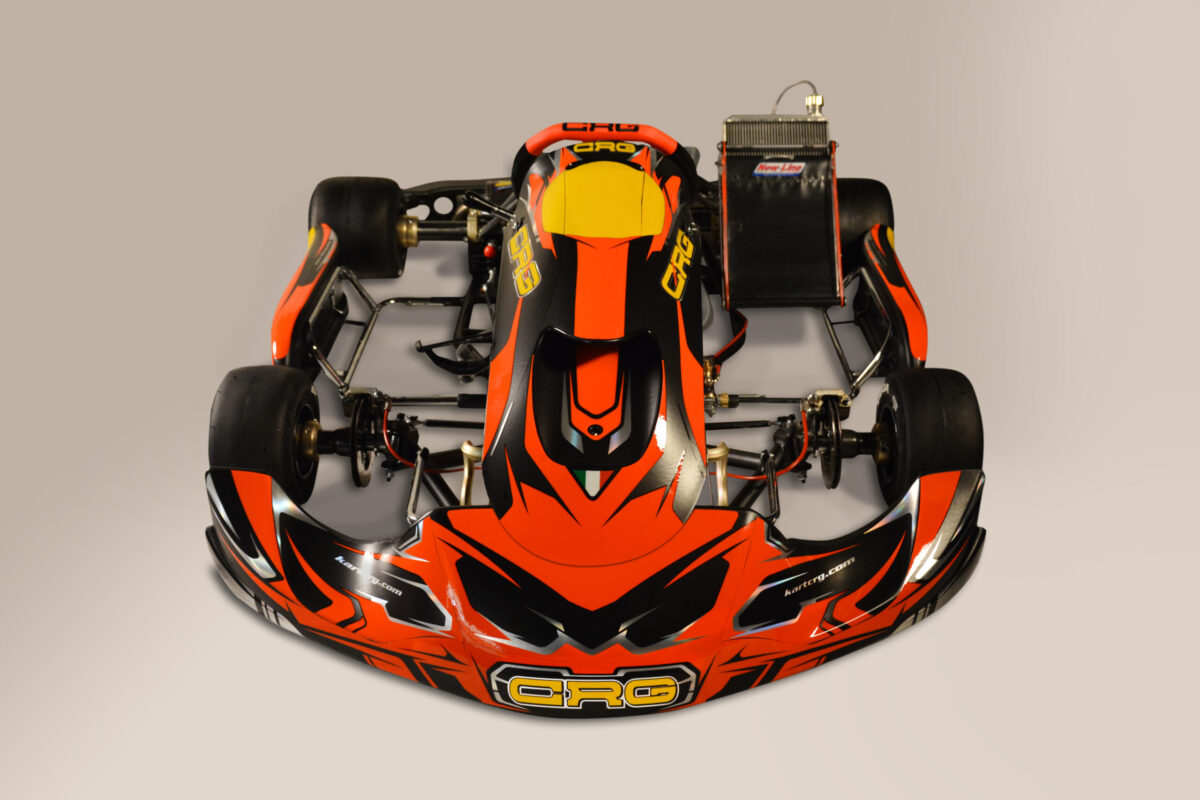 Following the inspection by the FIA technicians at the Factory headquarters in Italy in October, CRG has officially presented the newly homologated chassis for the International categories and for the major Brand Trophies. The CRG range of chassis with FIA homologation, which we remind you is mandatory to participate in all the official International and National competitions for the OK, KZ categories and for the most important single-make Trophies such as Rotax, X 30 or ROK, will consist of 5 Racing chassis.

This cycle of FIA homologations not only included the chassis, but also the braking systems and fairings, so that for next season there will be a lot of technical innovations. The choices adopted by CRG are the result of the long development work carried out by its Racing Team in the most important international races and have brought great improvements to all models, both in terms of performance and in terms of driving feeling for the driver.

CRG has worked hard on the 4 chassis already known by the general public, renewing the expiring homologation for the tested KT2 and Road Rebel, while the KT4 and Heron models had a still valid homologation, but have been updated from a technical point of view and with regard to accessories. Alongside these 4 models, a completely new chassis called KT5 has also been presented.

The bodyworks of the KT2 and Road Rebel models will have the same tube sections as the previous ones (all 32mm tubes for the Road Rebel and all 30mm tubes for the KT2), ​​but significant changes have been made in terms of geometry and accessories. For these models it is important to remember that those ones which were produced until the end of 2020 will no longer have a valid FIA homologation.

As previously said, also the KT4 model homologation has been renewed for the one made with 30 and 32mm tubes and for the Heron model, all made with 30mm tubes and characterized by a particular geometry in its central part.

Actually the absolute novelty is represented by the KT5 model which will get back the classic geometries of the KT2 and will have the front part of the body (the tube in the front that goes from one spindle to the other) made with a 32mm tube, while the rest of the body will be made with a 30mm tube.

All newly approved chassis will be equipped with new fairings which comes complete with adhesive kit and new braking systems called VEN 13.

CRG has approved a new braking system identified by the initials VEN 13 DD for the Direct Drive categories and VEN 13 KZ for the Shifter/KZ categories.

The most notable novelty of these new braking systems concerns the pump, which includes an innovative system for modulating braking called ABA (adaptive brake assistant). In fact, through a regulator, it will be possible to calibrate the pump, so that an internal system manages the braking force avoiding the blocking of the tires. This mechanism allows you to brake at the limit, but without reaching the locking of the tires, in order to avoid the hopping of the rear axis and the loss of grip of the correct line when entering a corner. An aspect to underline is how this function can be adjusted according to the needs of the category (different powers) and the tires used (different grip), but also for the feeling sought by each individual driver. The intervention “area” of this system may range from neutral, which means it will not step in, up to managing the locking by applying the maximum pressure on the brake pedal.

The VEN 13 braking system provides the standard 192mm disc, while an optional 180mm diameter can be requested. Both disc layouts are completely new with a lightening exhaust and a revised line to optimize weight and cooling, as well as the efficiency of the braking force. The VEN 13 brake disc is completely new compared to the previous version.

Aesthetically, the most obvious innovations as regards the newly approved chassis will concern the accessories.

The fairings that will equip the 2022 chassis will be completely new.

The front spoiler and the front number holder are made according to the most advanced aerodynamic standards, also presenting innovative solutions for the air flows that improve not only the performance on the straight, but also when cornering, bringing benefits to the set up.The set of front fairings also guarantees a very sophisticated design to the kart.

The side fairings have been optimized to the maximum in terms of weight, taking a significant advantage on the efficiency of the chassis and for the engine, braking system and tires cooling. The new fairings will be completed by a kit of PVC stickers with renewed graphics.

Among the innovations that will characterize the 2022 chassis there will also be the new pedals made of forged aluminum with a more ergonomic shape.

Nassau looks dumb and the brakes looks to be similar to the pressure valve release system we saw already. Looking at it I would say it’s probably more hassle than its worth. Maybe will work better in KZ with the front brakes.

Is this essentially some kind of tension-adjustable spring-loaded bypass valve on the brake pistons?

Ahh it’s an exciting time of year to see all the new product releases!

Is brake blocking a term I don’t know, or is it a typo for locking?

A slightly off Italian - English translation.

This new bodywork looks the same as new 2022 Sodi and 2022 DR chassis - probably it’s bodywork from KG, because this chassis producers share fairings from KG previously. I also checked some online shops and I can se new KG.507 front spoiler and nosseu but it looks different (tunnel/hole is missing)

Any ideas who made this new bodywork for CRG/DR/Sodi? 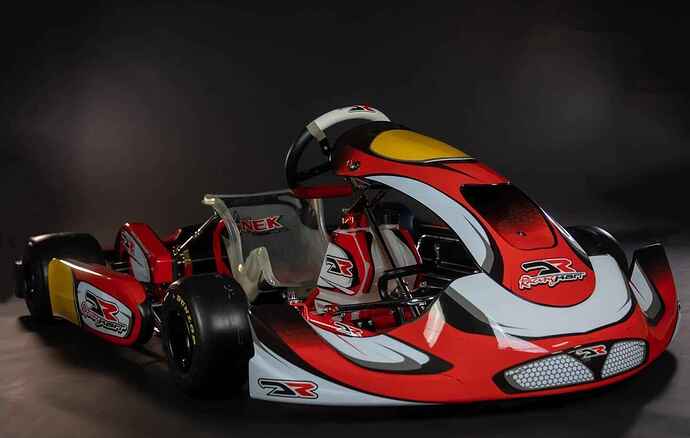 Are we at peak Karting?

I feel like the new front end bodywork style screams “RENTAL!!!” while not really doing anything significant for the sprint application.

Are we at peak Karting?

We passed that point many moons ago

I do think from a developmental perspective the major manufacturers really have settled in. The devil is in the detail (i.e tubing). The RS8 was the last big step outside of the norm and Maranello didn’t stick with it. I think like with any cultural movement you get phases.I think in the mid-00s were had an explosion in new engine concepts as manufacturers tried to find their place within the new ‘single-make’ landscape. You have to credit Rotax really for weathering that storm and pretty much staying on top.

In terms of chassis nowadays, anyone going outside of the norm will be seen as high risk. The manufacturers are experienced enough. The power of homogeneity is so strong nowdays.

I think the only real revolution that could happen is self-built karts and that would be the sport going full circle. There’s a nice little sub-culture on youtube with people building karts, if that leaked into the racing scene that could be interesting. I personally don’t think what the major manufacturers are doing is anything particularly special, but I could be wrong. I must admit robot tube bending allows for more consistent results. Bending tubes across more than one plane is a headache.

KG has two differenz nassau in their portfolio. That one on the pictures is the 508 nassau. The other one that you mentioned is the 507 which will be the standard. The 508 will be an option. The Bodywork of the dr kart is the KG 507 with the 508 nassau option

The new bodywork is so tempting, especially now that its on DR kart. DR has had the same bodywork for a long time, its about time they changed. Honestly though, I think I prefer the previous generations bodywork. Like 2013-2020 stuff. 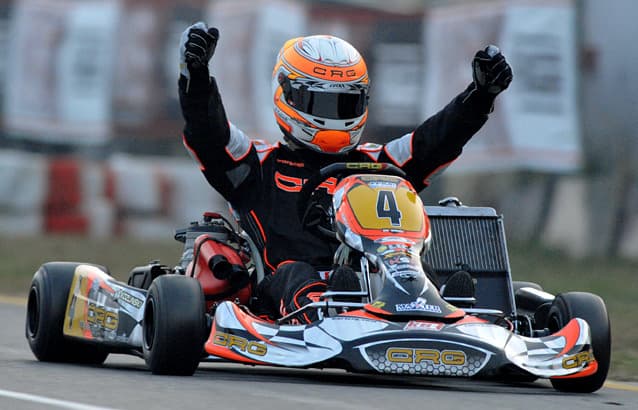 They aren’t the prettiest but have their own kind of cool. I do recognize that you and CRG have some history, however.

I always liked the style, too bad they were atrocious to drive 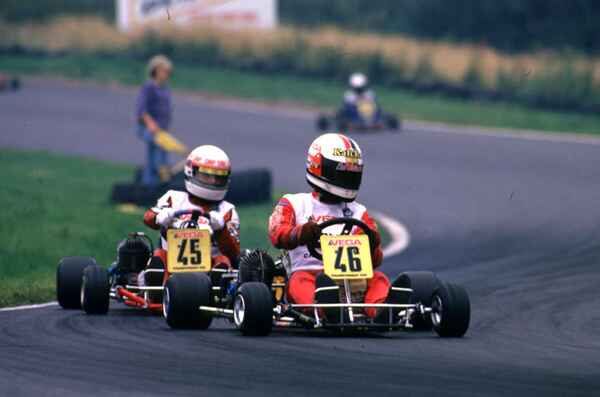 The decal kit looks good I think. A little busy, but it flows well, which is more than you can say for most kits out there… The neon orange in gloss with the black in matte is such a cool look. The reason it works even with so much going on is because the color palette is so strong and contrasting that the kart stands out from the other side of the track.

Aside from the body work, one of the biggest additions is the new KT5 frame, which uses 32mm tubing on the front. I’ve been told that it’s heavily inspired from the Kart Republic frames, so seeing results from that chassis will be interesting.