Officially 2021 is over, so might as well start next year’s thread! Feel free to keep posting in the 2021 thread if you have relevant comments about the 2021 season.

We have the Young Drivers Test and Pirelli 18" tire testing up next. New cars should debut in February, and then the season kicks off again in Bahrain March 18-20.

So when does 2022 season start and is it always Canada?

What do they do in the off-season? Do they race other things or do they lounge around the yacht getting fatter and fatter?

The season doesn’t start in Canada, it starts in Bahrain. Usually Bahrain or Australia are the openings rounds lately, though it has been different over the decades.

Depending how strict most drivers’ contracts are, some are allowed to race or do other things. Though most will spend a little time off with their family or friends, then it’s back to probably daily visits to the factory for meetings, design updates, progress checks, simulator work, PR commitments, and physical training.

I would imagine most teams are doing a lot of running on the simulator to prep for the new aero regulations and make sure they are getting correlation between their CFD/wind tunnel/and how the car is performing in the simulator. There is going to be a lot of new things to learn on setup and driving with the new aero regs.

As a Tifosi, this is our year.

Seriously though, I expect Ferrari to be up there more often next year at least. They made great progress this season and bounced back from the engine fiasco really well. Plus I would say Sainz and Leclerc has to be one of the best pairings on the grid. I think Sainz surprised a lot of people this season with his consistency and how quickly he got on top of that car. I think most people knew he was good, but to come out and beat Leclerc in his first year at the team is pretty amazing. Carlos seems to be more consistent and Charles seems to be more mercurial. On his best days, he’s amazing but he also has lower lows.

I think Sainz surprised a lot of people this season with his consistency and how quickly he got on top of that car. I think most people knew he was good, but to come out and beat Leclerc in his first year at the team is pretty amazing. Carlos seems to be more consistent and Charles seems to be more mercurial. On his best days, he’s amazing but he also has lower lows.

This was a big point to me, Carlos seemed to be out qualifying Charles more often than not towards the second half of the season. He really showed his true pace in the Ferrari now. I love both drivers and hope they can get along well to get another WDC and WCC. It’s only been, what, 13 years for a constructors and 14 for a drivers? I’d hate to see them devolve into a Rosberg/Hamilton rivalry or Hamilton/Bottas clear primary driver issue.

Also, Bottas may surprise us with this Alfa Romeo drive. Not many people remember he was running up front with Williams for a while before he got recruited as Hamilton’s step-stool. He said his best driving was with Williams because his 3 year deal meant he never had to worry about job security, I hope he can find his form again with a new ride.

I’m also really pulling for McLaren. Ricciardo and Norris are great as well, and I didn’t like McLaren when they were fighting Schumacher and Ferrari in the early 2000’s, but I’ve grown to like them a lot more in the past 10 years (having a friend in the McLaren IndyCar team will do that to you). 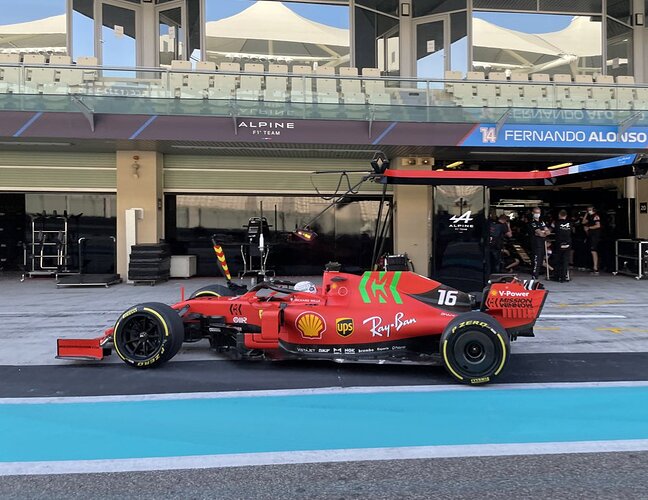 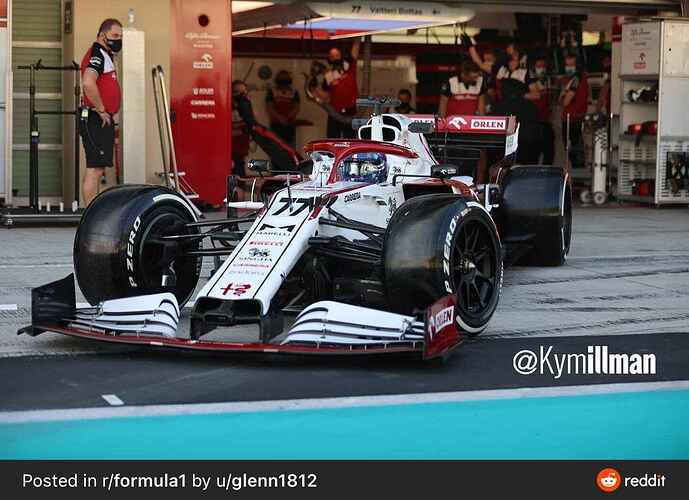 I’ve been hearing several drivers commenting how difficult the new cars are to drive. Safety car lottery factor will be high

I don’t care if teams don’t like them, they look cool as hell.

Also Pirelli is fair enough wanting to have a tyre that is relevant to other branches of motor sport or road cars. Manufacturers need to have a reason for being in F1 beyond the prestige of being there. Bring on 22!! 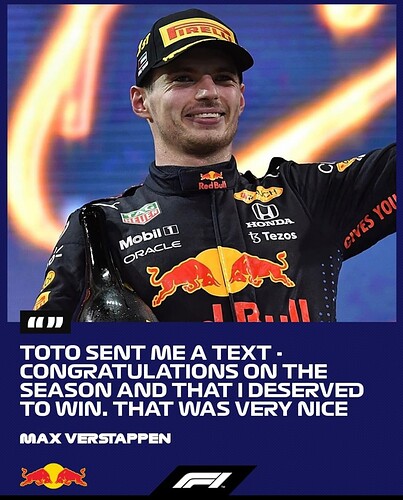 I suppose, this means Merc will not follow through with the appeal.

Sorry @KartingIsLife i put that in 22 iso 21

I agree, I like the bigger wheels and I even don’t mind the the wheel covers. Looks futuristic to me. 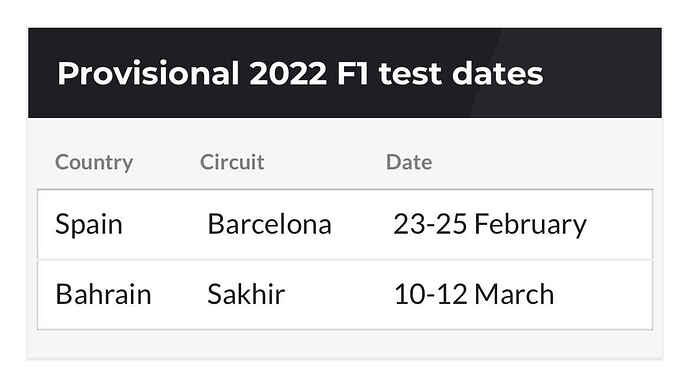 No, I was at Indy in 2004 when only 6 cars raced because of tire issues. It was a nightmare.

Btw, why do you want a tire war? I have not seen a series where it has benefitted competition. By all accounts, it did not work in karting.

American driver Sargeant getting some test time. I know it ultimately doesn’t mean anything in terms of expectations for an American driver in F1 but still nice to see.

does 2022 season start and is it always Canada?

Looking forward to the Canadian GP this year. My son said yesterday he wants to go. IMHO it is one of the best GPs on the calendar. I have been to Watkins Glen, Indy, Austin, Spa, Hockenheim, Sliverstone, and Monza for GPs and the Canadian GP is hands down my favorite.

@Bimodal_Rocket if you need any tips on going to the Canadian GP, let me know. I have been probably 30x. Book your hotel soon, stay in downtown Montreal, take the Metro to the track, and sit in the hairpin. It is only a 5 hr drive from north NJ to Montreal – and no traffic. Don’t forget your passport.

I should do that! I’ve never been to a race (as a spectator).

Definitely consider it. We can meet up.