Anyone watching? Always a wild day of racing. Kobayashi is absolutely pushing already and gapping the field.

I have a few drivers in the field this year rocking helmets.
Van Der Zande (DPi)
Telitz (GTD)
Farnbacher (GTD)

Well the left rear wheel just got ripped off Telitz’s car, so he’s out of contention.

Sounds like it’s quite cold down there. Having been in Daytona for Kartweek before and needing to drain radiators overnight because of freezing temps, I can say that 30-40 degrees with palm trees around somehow feels colder.

From 2 days ago in Charleston. Probably still cold. 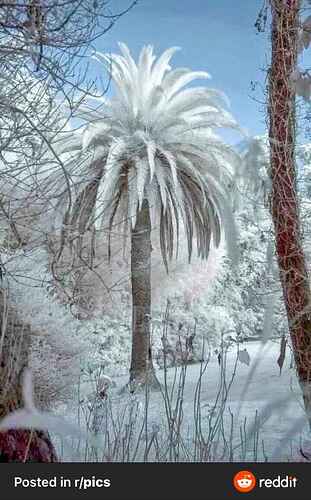 If I had a dollar for every time turn 1 claimed someone.

I’m doing tire prep for the 16 and 64. It’s freaking cold. Also, there’s a lot of attrition going on. Lots of cars out early.

Wait is that team TGM? The 64 Porsche. If so, Trinkler and his kid race at my local club lol.

Yep, that’s them. Owens a cool dude. Low key but knows how to wheel.

Also…… WE FREAKIN WON GTD! Such a cool experience. And now I’ve been awake for 40hrs and 12 minutes. Time for bed.

HOLY CRAP CONGRATS DUDE!!! Can’t imagine how that feels.
I can now say I’ve met a guy on an Internet forum who worked for a team that won the Rolex 24hrs😂
Only a couple degrees of separation…

Congrats on the win for the 16!

At around 72hrs, the visual hallucinations begin. That’s been my experience. One does wonder who thought that long-form endurance racing is a good idea. How many laps?

I love to toss this kind of thing back at friends and family who live in or winter in the warmer climes… especially since they’re not shy about telling us cold blue yankees how wonderfully warm it is where they are.

I recall getting stuck in Charleston once due to snow!

I used to crew / crew chief for friends in the SCCA at the 24 hours of Nelson Ledges in eastern Ohio. Out of 12 entries we failed to finish only once. Teardown and the drive home after the race was brutal. I stopped for coffee/soda at every rest area on the Ohio Turnpike on the way home.

Funniest thing ever is chain control in the sierras. There are a lot of California residents that are utterly baffled by snow and no amount of 4x4 will save them.

just got 25 inches on saturday. everything is already open by sunday morning.
Did some urban skiing, some donuts, and some drifting. good fun

Aha! I took Nick out drifting in our Cayenne! It was great fun.

Modern traction control is a hoot. If you are trying to rotate the car on ice, the car cuts power! You have to turn off TCS to get these bad boys sideways properly.

It was impossible to drift with TCS, good thing you can turn it off. saw a couple people stuck in snow banks… TCS cant help you there