Will 2021 being my first season as a fan, and the subsequent action packed season that entailed, I’m REALLY looking forward to the 2022 season!

Indycar starts next month, so for discussion purposes, lets get it started

If I can, I’d like to go see The Big Machine Music City race in person in Nashville, TN.

Really excited to see what Grosjean can do in the Andretti car.

Yeah, me too. He’s one of the more interesting guys. I dig that he’s got a sim team and that he is active in it.

Keeping my eye on Grosjean and Newgarden, both showed some skills in 2021 and it will be fun to watch what they can do in 2022. I’m also interested in Jimmy just to see how much he’s improving, as making that transition from Nascar to Indy has got to be difficult when you’ve been bumping and rubbing your entire career.

Escorial my at JJ’s age. Must be even harder to break those habits.

I’ve been a huge Indycar/CART fan for over 20 years, last season was awesome. I’m expecting Pato to step it up again, and with McLaren’s increased investment into the team, I think you can’t ignore them. Grosjean will be fun to watch, and it’ll be interesting to see if Palou can defend his title.

Jack Harvey has been knocking on the door of a win for a while, I wouldn’t be surprised to see him take that step with Rahal.

Kyle Kirkwood will be a dark horse, if Foyt can give him a half decent car.

I really hope that Scott Mclaughlin has a good second season.
Absolutely impressive to come from a touring car series to win rookie of the year in an open wheel series.

Just saw the announcement that Tatiana Calderon will be racing for Foyt on road and street.

Really cool for her, though it will be a big uphill battle in the Foyt car, unless they take a step next year. She needs to put some results in too. Her junior open wheel career has been pretty lackluster.

Agreed, especially with Kyle Kirkwood as another rookie beside her in the same stable. He’s an absolute monster.

Kyle has destroyed all the junior ranks on his way to IndyCar. He deserves a proper seat more than anyone.

I raced against him quite a bit several years ago. He’s been a missile since junior karting.

I’ve heard rumors on indycar podcasts that Kirkwood is only at Foyt because Andretti didn’t have a funded seat, but they hold an option on him for next season. If that’s the case, he’ll be a demon in 2023 in an Andretti car.

Yeah I think the plan was for him to take Herta’s seat if the Sauber F1 buyout went through and send Herta to F1.

Lots of things were up in the air and the house of cards sort of tumbled a bit and Kyle ended up with nowhere to go, except Foyt.

I know there are alot of F1 fans here, as I like F1 as well, but I found this to be an interesting video if your new Indy fan (like me) and you didn’t notice some of these drivers were once F1 drivers. Kinda interesting, probably nothing new to many of you. But like I said, I’m new to all this stuff

On thing I have learned, is in IndyCar, it seems like it can be anyones race. Where F1 is very predictable; Redbull, Mercedes, and Ferreri are always up front. Haas and Williams are always in the rear with the gear no matter how well they drive. 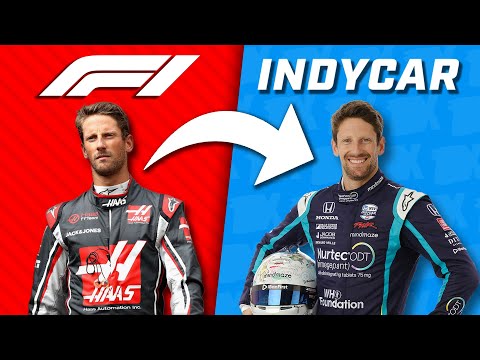 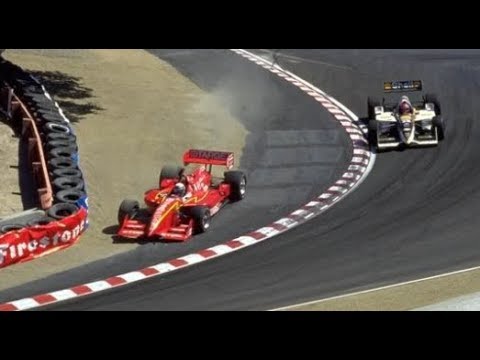 Just Googled the Indycar schedule and, not surprisingly, there is not a race within 8 hrs of me. And I live 20 min from NYC.

You’d think they would figure out a way to put a race in the largest metro area in the USA with 19m people, the NYC metro area. Go to NJMP - it is not a top class facility but if they can put a race in Nashville, then I am sure they can figure out NJMP. Fail that, I was at the both Meadowlands races in the late 80’s. It was a crap track, but it was a fun event.

In defense of Indycar, you have to keep in mind that aside from the races at Indianapolis, and arguably Detroit since Roger Penske’s company run that race, but aside from those ones, Indycar doesn’t host, promote, or plan the other events. There has to be a promoter that wants to take the risk to put on the event, and pay Indycar to show up, and hope that they sell enough tickets to make money.

Yes indeed. I would thing there is some group out there looking to place that bet on the NYC metro market.

Kim Greene you out there?

How far is Watkins Glen from NYC? I definitely think Indycar needs to return there.