To @spribyl, the videos that James is talking about are the promotional type videos to get people interested in coming to see a kart race. The onboard videos for review are very useful for existing racers, but won’t have much spice for those that you’re trying to get to come to the track for the first time.

James is talking about are the promotional type videos to get people interested in coming to see a kart race.

^ This. Or just to have people check out their own kart racing in general. Also, even if it’s for other racers, we shouldn’t make them sit through 6mins of a static gopro image, sitting on the grid.

I’m having problems finding examples in karting, which is partly why I make this little listicle. Of course there’s the likes of videos from John Shofner, Chris Ortenburger/Eynovation, Austin Eriksen etc, but those are more of the “production” type.
I’ll keep digging though, and if anyone else sees a good example, please post it!

I get that. I know of some really good car examples, but struggle to find similar ones for karting.
See Tegiwa Civic Cup teaser. 90 seconds and shows all that you need.

Did that video ever get made where we submitted our long videos. Maybe you could show how to do it with that one

I got a start on it, but then got behind the 8ball with the redesign of the site we’re working on.

A good point well made though, I’ll re-visit getting this done… It’s inline with some of the things we have in store for you

Here’s the topic @Don_Westlie is talking about. If you have some video you’d like to be included, read the instructions and add it to the topic!

Christian Marsh\Focal Perspective Media. Used with permission. We’re putting together a video that features content form the KartPulse community. Our goal is to make a 2-3 minute segment featuring clips from the #KPCollective. Clips that capture the essence, dynamism and most of all, the FUN of karting. What we’re looking for… Think about things that might be interesting not just to kart racers, but folks into racing generally Content from all kinds of kar…

Not sure if this helps, but here are a couple that I had done for evidence/promotional purposes for my record attempts. I cannot take credit for any of the camera or editing work. All I did was drive the kart. First was shot and edited by David Lee, second by Paul Boscovich.

Wasn’t trying to be smug but after I hit enter I thought it may come across that way. Looking forward to whats in the pipeline

Didn’t come across as smug at all. As Davin said, it was fair comment

Heck people are lucky my 70 year old mother is still capable of even shooting video. I tell her to shoot what you want to shoot. Is it professional, no, but she does it. Without her there wouldn’t be any in vintage videos or videos of our racing, because we are too busy racing.

And quite honestly, I don’t see it bring more people to track regardless of how good it may be or could be. The people that have that lack of attention span to watch, are the same people that are intimidated by all of the work that needs to be done to be competitive or to even ride around. In vintage, you have tons of Keyboard Vintage Karters, that claim they restore this and that, but never come out to the events, you never see them on track, and you never see them spectating as well, but they are the first to complain about everything on-line, from people’s builds, to the on track, to the racing of the vintage karts, there are whole groups of them that continuously rail against us racing vintage equipment. Then I got those that complain when I don’t get video edited like the VKA Winter Nationals at Barnesville. Its not like I get paid to do any of it.

Then there are those that don’t like the cameras, that includes a lot of promoters. I get people all the time claiming that we are making videos instead of racing. Well I win alot of races, but they still claim this. I look at onboard cameras as another tool. A lot of times you do not see the video that I shoot looking at something on the kart.

As to the cutting of the start grid, yep I do cut quite a bit of that out nowadays, but it does take a lot of time to do, I use to leave a bunch of the warm up lap in, now that is mostly gone, well except for that one race where I saw about 4 karts spinout scrubbing tires, which I found hilarious.

Bottom line, you may get a few people that have a real passion and “want to” to get involved in karting, but karting still has the stigma of being a stepping stone to racing cars or being something that you do at an amusement park.

Bottom line, you may get a few people that have a real passion and “want to” to get involved in karting, but karting still has the stigma of being a stepping stone to racing cars or being something that you do at an amusement park.

Sounds like someone needs to listen to more Kartpulse podcasts.

That’s the point though, is that the Kartpulse community to working to change the perception that karting is just a stepping stone to cars. It’s an awesome sport in itself, and we should do what we can to make sure that we promote in a positive quality light for people to see.

Its still there whether you want it to be or not. I’m around people that have had it as their passion for a lifetime. And I had it taken away from me when I was young because as a family we could not afford to do it any longer. We all love it blindingly, but that is still the reality. Its still a stepping stone. Even more so if you race karts in the oval track world, which sprint and road racers rarely acknowledge the existence of.

Those people that think its an amusement park ride for the most part have no interest to do more of it, may not even have the means or support to do more of it if they wanted to. Likely they have no mechanical skill set to make it hobby. I see it a lot with the few kids that do show up. If the parent does not have the money or mechanical skill that kid won’t be in the hobby long enough to make a lifetime of passion. The parents are often more intimidated of the sport than the child.

It does not mean that we give up trying though…

As to the video, we are lucky that there are a lot of people that try to put out video. Whether you think they are good or bad is mostly meaningless…they are out there, and really that is all that matters.

I’d disagree with that last part. If videos looked better, that would be nicer for the whole sport.
It also shows a bit of quality of work, when you take the time to show people just the information they need to know, rather than just a raw edit of sitting in the pits doing nothing or 15 laps of nothing happening for one overtake.

If anything sometimes poor video/useless footage just looks lazy, more than anything else.

New to the forum and karting but I have the intention of making videos of my process of getting into the sport and trying to convey what I think it’s about, kind of from the perspective of car and motorcycle guys since that’s where I come from.

Also I’ve been trying to make a video series for a while but couldn’t think of content until I took in these karts. There’s definitely a hole in kart media (motorsport media in general really)

New to the forum and karting but I have the intention of making videos of my process of getting into the sport and trying to convey what I think it’s about, kind of from the perspective of car and motorcycle guys since that’s where I come from.

Awesome and welcome. Don’t forget to bring your friends

I’m going to do a series of videos with my daughter. Teaching her the ropes, restoring an old Dino chassis that will be her kart to drive. Buy her a set of tools at HF and so on. Hope to started in the next few weeks, have to sort out a couple of other things in the garage first.

If you’re working a restoration or unusual kart build of some kind, share your story by starting a new topic. Succumbed to peer pressure and met up with @The_Karting_Channel to collect this little gem that he rescued from being a yard kart. Still has mud on the underneath from being hooned around a field. I’m calling this one Dimelzda. Here’s the vital stats… 1980’s Dino (Believed to be a 189m if you have info on this chassis I’d love to hear it) 28mm frame rails. 25mm, solid axle. Cable op…

Also just realized the post I responded to is a year old… awesome. Great start

Billy, since you are interested… one popular vlog is by a guy called Matt (trueracer). He has a couple seasons of his trials and tribulations driving a shifter kart in skusa events. It’s an interesting series in that it’s more about the journey than the karting per se. I think it goes by “A real karting life” on YouTube. As a non Californian, it does shed some light on the cultural phenomenon of in and out burger.

Here’s a thread that was fun… Karting Video Showdown 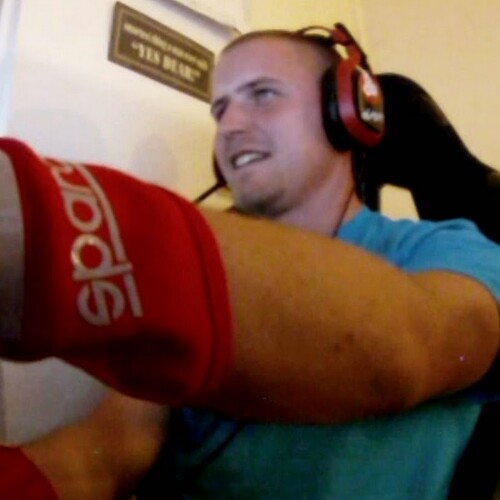 I am Matt O'Donnell but most people know me as True Racer. I create outrageously awesome racing videos on youtube and strive to grow and bring together the real and sim racing communities from my real life karting and racing simulator adventures....

Also just realized the post I responded to is a year old… awesome. Great start

Nah it’s all good. It’s one of those topics that isn’t time sensitive. I’m glad you bumped it to be honest.

Here’s a thread that was fun… Karting Video Showdown