Camera - What to buy? and some practical concerns 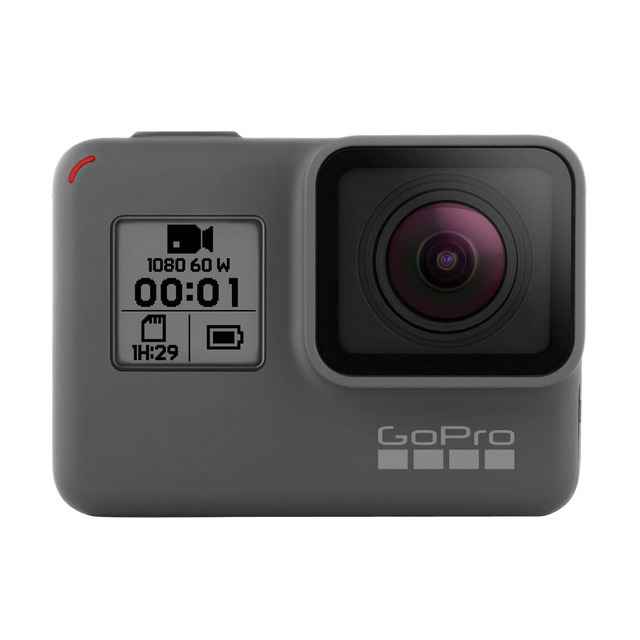 I just started using a camera recently. It is a borrowed GoPro Hero 2. It works. I use it on a helmet mount in rental leagues, so no kart mount yet. The owner is very explicit that I can use it and if it gets damaged I don’t need to replace it.

So questions:
1 - Is it worth buying my own?
2 - If so which one?
3 - How effective is the data provided for feedback?

My thinking thus far:
1 - If I get a newer camera, it has image stabilization, on screen data and in theory easier to download video from. Downside is I have to put out money.
2 - I have considered these:
GoPro Hero 7 Black @ $400
Aim SmartyCam HD @1000 or more
Some cheap knock-offs @ from under a $100 to up to $400
So I am not sure of the knock offs. But can’t say if a Aim SC is worth paying twice the price for. Hero 7 seems to be a safe choice, but I do find the a few people complain the had CS issue and got no service on various GoPro cameras.
3 - I am not sure how accurate the gauges are in the GP vs Aim SmartyCam HD using the in camera data. Or even if is all that useful, past a just for kick on screen video display. I think the GP used GPS for all data and the Aim SC HD has and on board accelerometer. That still doesn’t prove an accuracy advantage and if it even matters.

I figure camera angle and POV/ FOV are the biggest factors in what a camera provides in terms of data. Kart position & attitude on track are the big issues to me @ this time. I also like to see my hands, feet, where I am looking, and where the kart is.

How do you guys use the camera and or data. Any advice is welcomed.

Thank you in advance.

I’m a big fan of a chin mounted camera from a “datalogging” perspective… But they are banned at most tracks/orgs now.

Will you be continuing to use this in rental leagues?
Will they continue to allow you to use a helmet mounted camera?

What kind of data do you feel is essential?

There isn’t really an all-in-one device that gives really good data and video. The smartycam is an all-in-one, but most people use it in conjunction with a mychron5 for more accurate data

The smarty cam has a great image, but the best part about it is that it goes on once the kart starts moving. So you never have to remember to turn it on. Not sure if the gopros do that. Otherwise, the data on the screen of any of them is just for kicks, it is not usable for any tuning or training. You need to view data in the Mychron app to make it useful.

I used to put the camera on the crown of drivers helmets, but I more often now will mount them on the front fairing. Between a go pro and data you can tell a lot.

I have a Hero 3. Use whatever model you like, but do take advantage of today’s technology!

I rather like the Fly360 camera I’ve been using this year. It really helps you go back and see not only what you were doing, but also the others around you. It also can capture GPS and some other basic measurements, although I normally just use the data from the Mychron. I used it in the rain with no problems, although next time I’ll also coat it with rainx to keep the front view clearer (the back was just fine).

The only thing that is a bit of a pain in the video editing software in general doesn’t have great support for 360 cameras. RaceRender does, and although it is somewhat limited in what it can do (or at least from what I know how to use it), it gets the basic job done.

The SmartyCam is a cool gadget, but for the price I don’t know if the data is really that useful.

I’ve owned quite a few GoPros over the years and have always had good luck with them. I would say the on-board video is one of the most valuable pieces of data you can have. Just being able to show drivers visually where they are doing something wrong or right is immensely helpful. Having the option to do a frame-by-frame break down of each corner is super helpful, because trying to explain it in the pits and then apply those lessons at speed is really difficult sometimes. I can say to a driver “you’re braking too early” and they might disagree but if I have video evidence where I can pause the video and show them exactly where they hit the brakes compared to a faster guy, it’s a bit irrefutable.

You can use software like racerender to combine your video and data on screen. It requires a little bit of manual syncing, but it;s not hard at all.

Smartyxam strength is how it syncs data to engine start automatically. There’s no trying to align data to video in race render when using smartycam. It does cost a lot, however.

Hero 7 is worth it from a stabilization perspective.
I mount mine on the faring. Can also radiator mount.

I’m a big fan of a chin mounted camera from a “datalogging” perspective… But they are banned at most tracks/orgs now.

I have my camera atop the helmet. High forehead, front of crown as for forward as open visor will allow. I find it is a pretty good angle. It seems to be able to catch down to apex pretty well.

Will you be continuing to use this in rental leagues? Yes, as long as I race rental league.
Will they continue to allow you to use a helmet mounted camera? Who knows?

What kind of data do you feel is essential?
As far as on screen gauges I figure speed or RPM & G-force make the most sense in conjuction with video.

There isn’t really an all-in-one device that gives really good data and video. The smartycam is an all-in-one, but most people use it in conjunction with a mychron5 for more accurate data

I am just somewhat new to being on the backside of the camera and video editing.
It seem the data is only as good as the accuracy, responsiveness & synching.

If you are trying to display data (eg. rpm), it comes from the mychron. While it’s learnable, when you import that data into racerender to display in a gauge, you have to move the data forwards or backwards to align. It’s sort of tedious, actually, but not bad once you get hang of it. Smartycam syncs camera to engine start and provides an interface for displaying all that info in a vid.

Hero 5 and up have rudimentary data baked into them which you can pull in racerender. GPS speed, Gs, and lap. (Not reliable).

I have 4 used gopro 3+ that we use for multi angle recording. All where bought cheap on Criagslist and ebay. The biggest hassle is keeping track of batteries. We make on kart tethers from safety wire. If we loose a camera we care but not so much.

For data we use a used mychron 4. You can use both gopro and mychron data to make video but it is trickier than using the Smarty Camera, but our budget does not cover that kind of expense and the IMOP the value is not there. 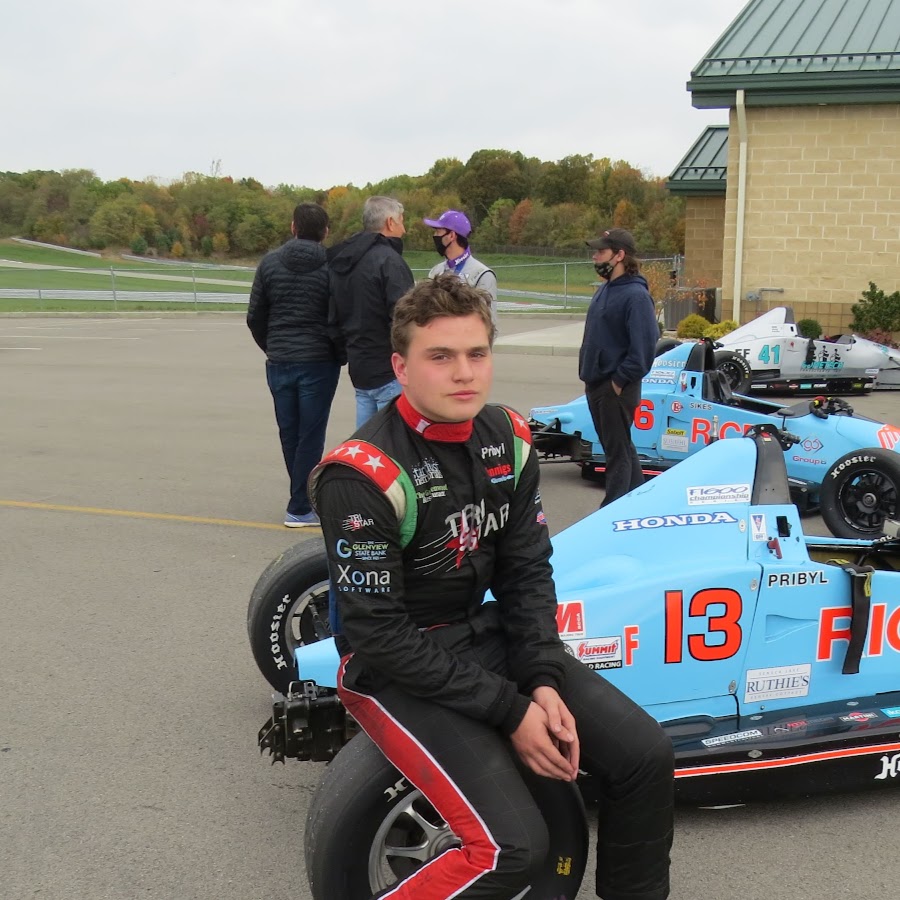 A collection of racing videos and the occasional VBLOG

We mount our smartycam right into the driver fairing. There is actually a square hole cut and the camera drops in there, then gets secured with a wing nut. On the photo below look right under the number panel. I have never seen a more stable image. The aim guys always oooohhh And aaaahhhh over it when I take my kart to them, but nobody has made a commercial version yet. 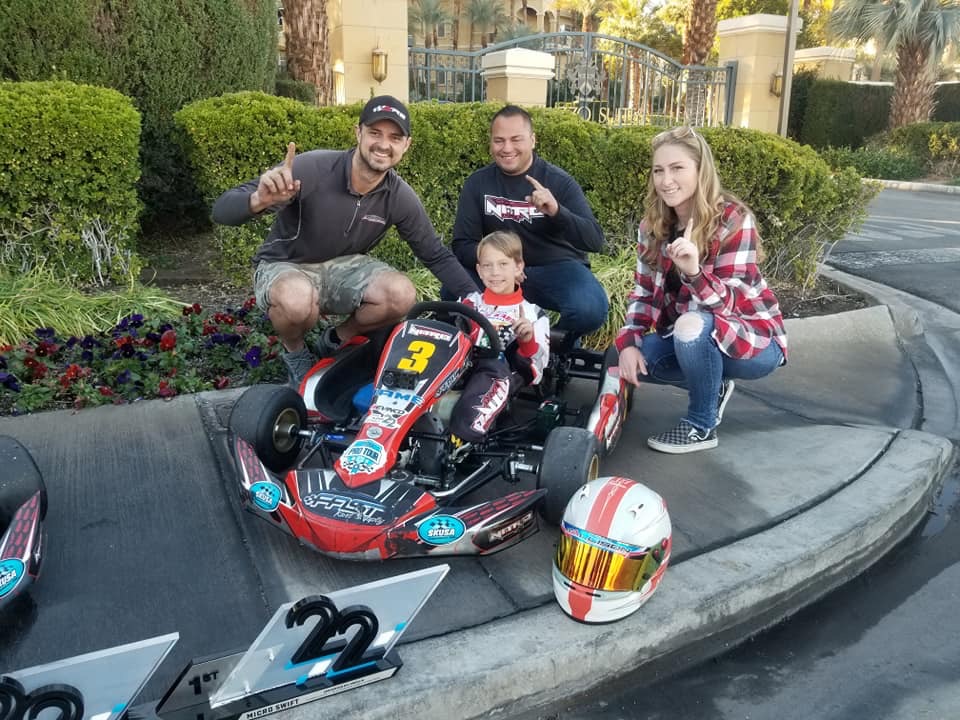 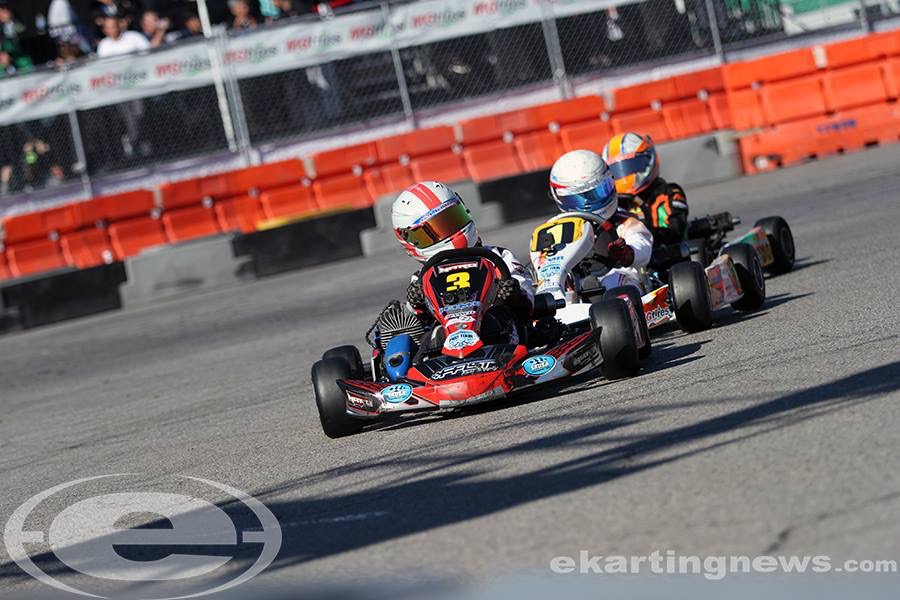 Jim,
Can you elaborate on “the data on the screen of any of them is just for kicks, it is not usable for any tuning or training.”? I am guessing it is due to not synching up or not having fine enough resolution.
Does the smarty cam have good image stabilization and slo-mo capability. The Go Pro seems to have and advantage of mount options on helmets, which is only an issue on rentals. The GoPro H7 has good frame rate. How much does 30 v 60 FRS matter. Does the Smarty’s image quality make up for the frame rate?

I helped out a friend with his grandson at an event. the kart was having a handling issue. The one thing I noticed on video was it was only on right handers, that was the first step in figuring out the problem. So I am in a bit more of a more rudementary mode ATM, but do want to understand the extent of what to expect from video. So far I have used my own videos for analyzing my driving.

First time I ever carried a camera: (Hero 2)
(https://drive.google.com/file/d/1s5oUW2ky1EKhbojP3pydU6sABkqBJrh4/view?usp=sharing)
Alternate Title: Why I work out my neck!

I think I could have passed both guys @ around 2:00 - I didn’t see it coming soon enough, I took my focus off & missed apex. Easier to see looking back @ video than when it was happening.
Other problems mixed in - that’s why it was a short video. I finished in the same position I started after the shuffling.

The data in screen is perfectly accurate on a smartycam, but not very useful for tuning when presented on screen. It is much more useful as presented in the app where you can see graphs.

Got a Mychron 5 but I would like to use my GoPro8 along with AIMs Software Racer Studio 2 (or beta 3). Have anyone here been able to import the GoPro video into the AIM software?

You can import gopro data in, I bet. Racerender sees it.

Is the racerender free version good enough or would it be better to spend money on the deluxe or advanced option? Also what camera would you guys suggest to use that isn’t too expensive but can link with racerender? Would the Mychron work with racerender as well?

First off, what are you trying to accomplish? Racerender is an editing program that allows you to put data widgets on screen. As a movie editor, its pretty rudimentary, but decent.

So I want to record my race when karting and then use the data from the mychron to analyse the drive and data, essentially use it as a tool to improve my driving

Here are two examples. The first is the Free Version, limited to only about 3 1/2 minutes of video, gauge selection and data. The second is the Full Paid Version with unlimited duration and a broader selection of gauges and data to display on the screen. Far worth the price compared to Smarty Cam for the same return. Mindful the trickiest part of RaceRender is like Dom said, getting the sync of data and video, but the software has some features that help with this and it gets easier the more you use it.

Please forgive my driving. I was still new to the sport and used this software to help improve that. Also would definitely recommend a camera with Image Stabilization. Both were shot with the GoPro Hero 3 Silver edition using a MyChron 4 with 05-GPS. Zero Stabilization makes the images very jumpy. I believe they started with the Hero 5 and up, getting better with each Gen.