Can video games save motorsport?

Interesting article, although I wouln’t go so far as to say Motorsport needs to be “saved”, I get the sentiment.

The simulation is now so authentic, unlike 20 years ago when I grew up," says Brown. "Now, we have the ability for esports to be a great entry point to get a steering wheel in the hands of young - and old! - men and women around the world, to get them exposed to driving a race car.

Esports provides that opportunity around the world in all genders, all ages, all demographics, and therefore will be a great contributor to getting more fans of motorsports around the world. Not only will it develop fans - over time it will develop drivers themselves because of that realism. Right now you ask the current world champion where he started, and he’d say go-karts. In 10 years time, five years time, that answer might be esports

Since 1989 it’s (McLaren) backed the Autosport BRDC Award, offering a drive in one of its F1 cars to previous winners such as David Coulthard, Jenson Button and Dario Franchitti. McLaren recently announced it’s bowing out after 30 years of support - and it’s tempting to think that the rise of esports as a proving ground for new talent helped inform that decision.

Well, as young karters are now also simming the idea that a driver ‘starts’ in eSports rather than karting is a moot point, they’re already doing both.

I happen to think this right now is the sim golden era. There’s this idea that simulation racing helps ‘find talent’ but motorsport has never been short of talent to fill seats, it’s the fact that it’s short of drivers with enough funds. So unless sim racing helps grow motorsport so mcuh that sponosrship becomes much easier to find I don’t see much changing. I think the oppurtunities some guys are getting right now might be the best we’ll ever see. After that you’ll have the next generation of kids who did karting AND simming.

Bumping old thread for a thought:

Sim is now really accurate. I think it’s crazy to not be looking at sim for talent. The physicality of piloting a vehicle is trainable. I’m guessing that there are plenty of existing drivers that can fill existing seats, but, what if there’s a generational talent out there in sim land?

I doubt motorsports needs “saving” but it seems a no-brainer that Motorsport participation and interest is potentially hugely affected by sim entertainment.

You can get lucky and stumble across new talent at the track, but there’s relatively few people actually karting and fewer still in cars. I bet there’s a ton of talent that could be identified young and cultivated in sim. But they would need to be transitioned to the real thing ASAP. It’s not the same thing but being good at one is not independent of the other.

I think it’s crazy to not be looking at sim for talent.

Nobody is looking for talent any more. When the pinnacle of the sport literally sells seats to the highest bidder (a market which is dependent on drivers spending millions gaining licence points) you know the game is up.

there is the odd headline of partnerships where top simmers get the chance to drive irl, but that’s largely dependent on the sims themselves being popular. In terms of pure talent acquisition there simply isn’t that many (if any) people/teams doing it.

Well if I had deep pockets I’d start a kart team this way and see what happens. Would be interesting.

Nobody is looking for talent any more. When the pinnacle of the sport literally sells seats to the highest bidder

Like Stroll? He seems to be doing ok and did well in the rain. I’m jealous!

Are other seats being sold in f1? I recall that there was a driver backed by Petrobras $ that had an uneven career (did get a win though!).

I suppose the dominant thing with motorsports is that it pretty much relies on money to function and the sport can’t function without people selling goods and services or rides. So the whole enterprise (racing in general not specifically f1) is basically commercial. Or so it seems.

Basically every driver on the F1 grid is bringing some form of sponsorship/money/government-backed check to the team. There are a few exceptions, but 90% of the drivers getting on the grid have backing to “buy” the seat.

You’re thinking of Maldonado, who was backed by the Venezuelan state-owned oil company PDVSA. He was quick sometimes, but really crash-prone and somehow lucked into a win in Valencia where Williams mastered the tires for one race. Not to say his win wasn’t earned, he drove well, but the car wasn’t really capable anywhere else.

Back on-topic, F1 teams are starting to embrace e-sports/sim racing and having their own e-sports teams now as well. We’ll see how far some of those kids progress over the next several years, but guarantee they will not be moving up without finding millions in sponsorship, even if they are good. 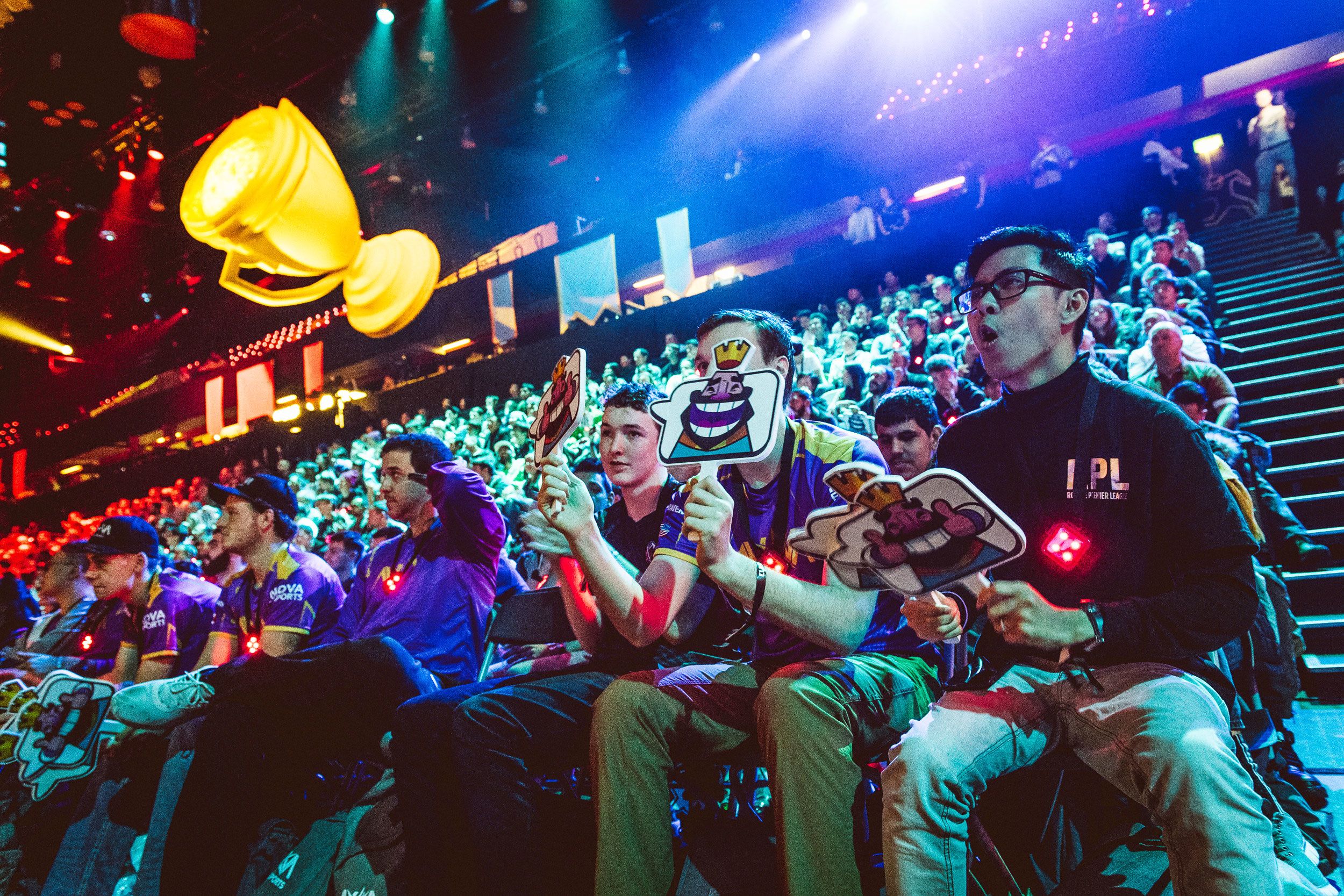 Here's why esports can become a billion-dollar industry in 2019

Industry watchers have predicted that the esports market could hit $1 billion in 2019. Here's how.

Soapbox from the business major

It drives me crazy that so many people seem to neglect the ability to learn how to raise funds/value/$$$ is a skill inside of itself, just like learning to drive is.

Regardless of how talented the driver is, the businesses who employ them aren’t charities and have costs of people, materials and logistics to consider, so they do need to find people who can bring funds to keep the operational costs manageable.

Back to the sim topic though: Especially because the real world costs of motorsports are prohibitive, I can see where sim racing is an attractive prospect. However, if you want your sim racers to become real-world racers, they also have to learn the thing in the real world.

Well they didn’t sell Lance the seat, they sold the team to Lawrence

Most people see it as a threat, or not worth pursing to find racer to convert (or add) IRL racing to their lives.
My take that sim racing is a fantastic opportunity to get people into IRL racing as a hobby. Karting is so small that a little goes a long way. Sure most sim racers will likely stay as sim racers. I’d love to know the number of sim racers out there. @Alan_Dove? Any ideas?

Would be remarkably difficult to measure the numbers racing. Where do you draw the line between a sim and a game? Gran Turismo and Forza are ‘sims’, and let’s not forget the GT Academy, but if we add them in we have millions of people racing. So it can get very difficult in terms of getting a reliable figure.

Can karting benefit from sims? I am not sure. The leap from racing a sim to owning a kart is big. SuperGT and Jimmy Broadbent, both have fairly large Youtube subs, venture into karting but it’s always arrive and drive. Very little to zero owner driver stuff. Arrive and Drive is ideally placed to reap the benefits of sims, but owning your own kart is another level of motivation and investment.

It drives me crazy that so many people seem to neglect the ability to learn how to raise funds/value/$$$ is a skill inside of itself, just like learning to drive is.

While this is true, in terms of committing to being the absolute best driver one can be is not entirely congruent with also becoming a world class businessman at the same time. Race driving is a disaster avenue for investment. You’d be better off not racing at all and using the money more wisely and coming back many many years later, like 90% of the GT3 grid.

Not many sports I can think of require not just the the sportsperson to be absolutely top class, but also accrue vast wealth at the same time.

It is possible that sim eclipses racing in terms of $, eyeballs, etc.

Look at competitive fortnite. It may come to pass that the top sim guys will be rather well compensated and have no reason to pursue actual racing. Sim is probably the end game as well.

It was interesting seeing the numbers change over a couple years in skateboarding when it blew back up in the 90s. I remember when Burnquist got a rather huge deal with Oakley. It went mainstream and the $ got big.

Completely off topic but very cool:

To be fair Jimmy is in a shed and doesn’t have space for a kart.

To really get to brass tax - Most folks aren’t even really looking for an equitable return on the investment when it comes to racing. They’re just looking to be able to gather the funds to manage the budget, and do the thing, even if the ROI is poor/non-existant.

If you have a million dollars, don’t expect to throw it into racing and create a 1.5 million. Expect to burn it all in a cloud of gas and tire smoke.

So we ended up going down the $ route which makes sense.

That being said I was thinking that generically speaking it’s far more likely that the next great generational talent will be from sim origins.

The tech is good now.

I reached out to Jimmy a bit ago offering to coach him for his karting debut.

Jimmys amazing superpower is being able to talk while driving!

This, so much this. Mr. Dove does a good job too.