So the first race in the CKNA Winter Nationals is in the books and I’m always amazed at how much experience you can get in such a short amount of time when running these national level races; as the competition is HIGH and you can learn ALOT!

So in March 2021, when I first got into karting and I entered my first CKNA race I was dead last (and being lapped) in every race I entered. I couldn’t keep up with anybody so I never really got to draft with anyone, mix it up with anyone, and I was pretty much out for a Sunday drive all by myself. Going into this race I had never been on track with other karts and I was really nevious being in or around a pack of karts. I ran two classes and between all the set up changes, subsequent repairs, and tight time constraints; I was a complete stress ball and it followed me onto the track and performance showed. Between my inconsistent driving, and all the set up changes, it was like hitting a moving target. My overall experience was horrible and I really didn’t enjoy the event and I was nowhere near competitive.

Fast forward to this past weekend (given everything I’ve learned here on KP) and did things alot differently. I entered the local race prior to CKNA and dailed in my set up there. I did not show up the day before the race and participate in practice, Instead I jumped into the event during the RLV Hot Lap Qualifying and started my race weekend from that point. I entered one class (Masters) and did almost zero set-up changes outside of flipping the tires and adjusting tire pressure.

Overall I was much more relaxed this go around and I made some pretty big improvements compared to where I was last time. I was still in the rear pack on every race, but I was WAY MORE competitive. My lap times where much more consistant and I was able to mix it up with other drivers, bump draft, initiate passes, understand what the kart was doing and why it was doing it. All-in-all I felt like my race I.Q. was dramatically increased.

I still have a ways to go but I feel like I’m moving the right direction, and I cannot understate the importantance of the knowledge gained from KP over this past 10 months as to why I saw considerable improvements.

I even got the chance to meet a couple KP members who attended the event, and it was cool to put a face to the screen name.

Here are a few pics from the event, I am in none of them, as they tend not to photograph the rear of the pack, but still pretty cool in either event. 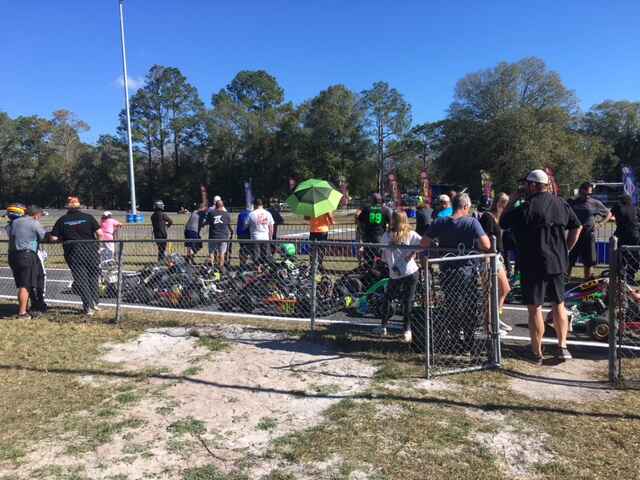 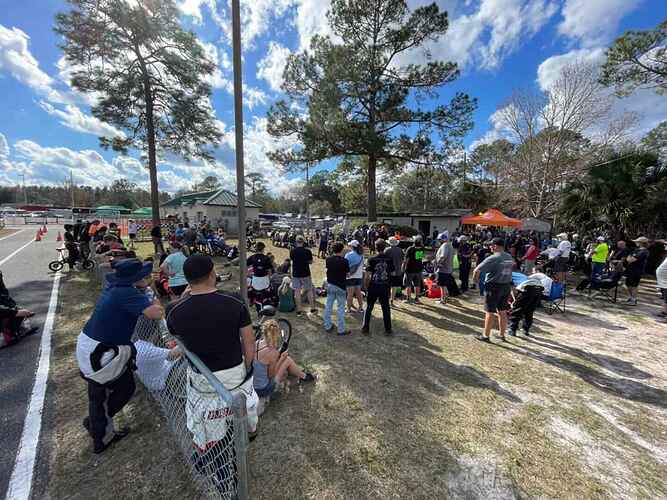 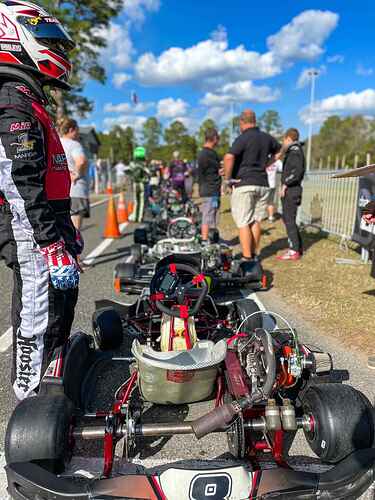 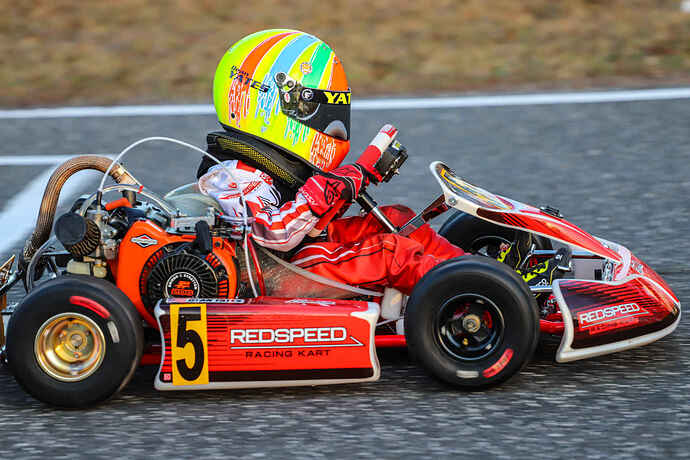 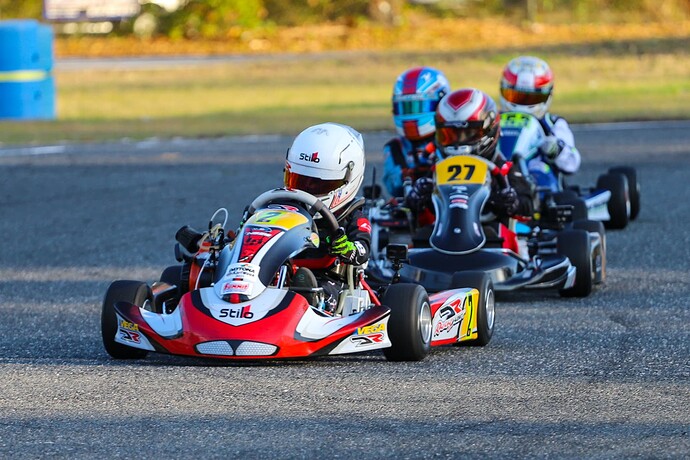 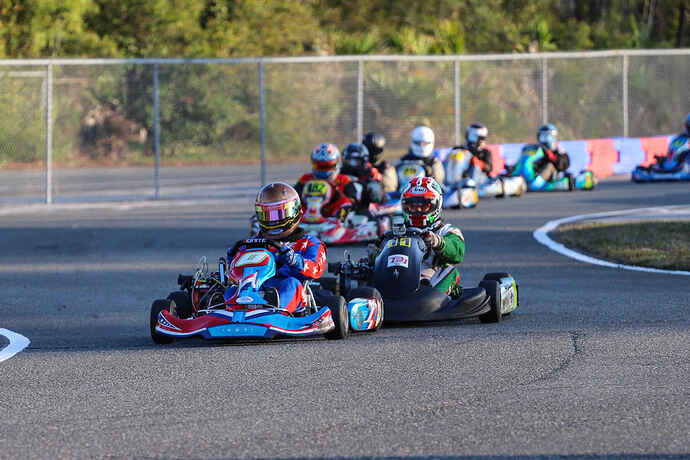 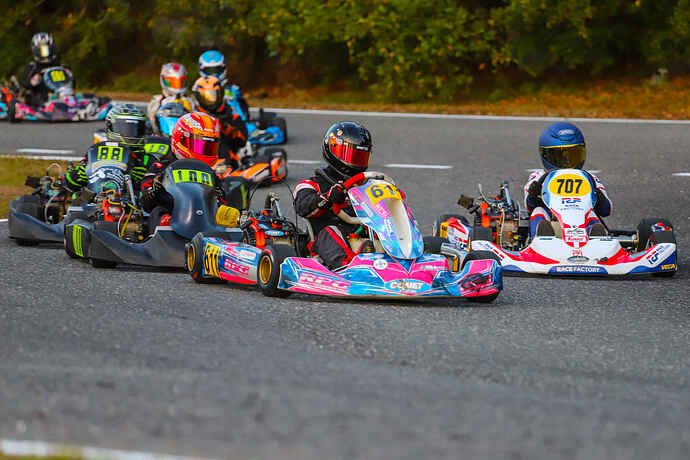 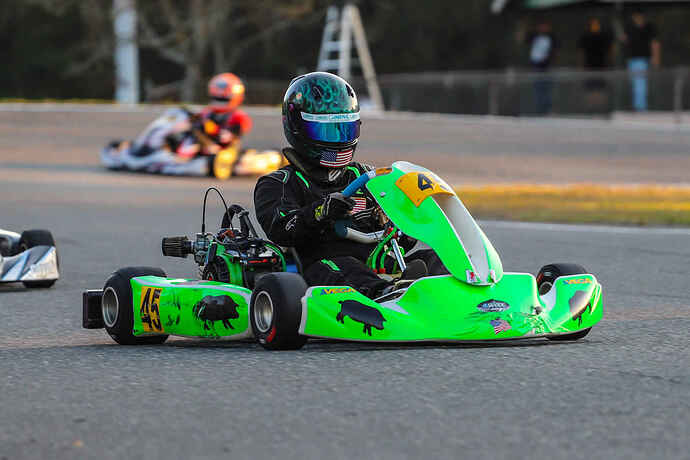 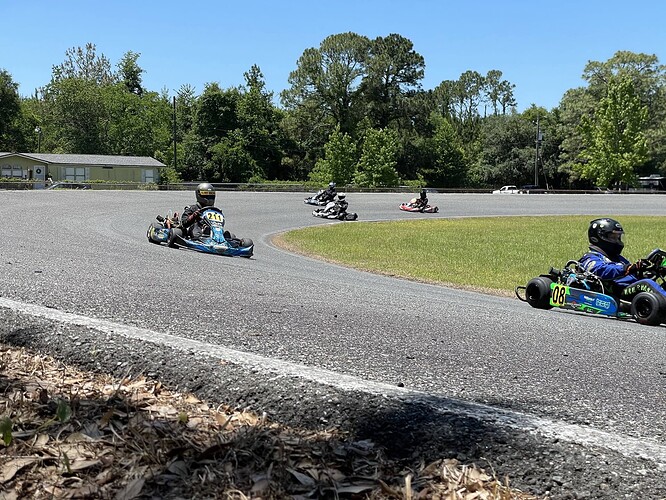 As I always say, getting your butt kicked is the best way to learn. Looks like fun.

Well attended event and a nice report! It does get easier and less stressful.

I’ll add to that and say almost any exposure you can get to top level can help you improve your game. Don’t discount spinning wrenches, you can learn a lot.

I’m not oppose to spinnig wrenches, but I got some good advise (I think from TJ?) a while back that my driving was too inconsistant, so playing with various set ups wouldn’t be worthwhile until I get that piece of the puzzle under control. Once the consistancy piece is in place, then play around with set ups more indepth.

I did air down for the 20 lap final, from 15 psi down to 10 psi. Which paid off because toward the end people around me were dropping off and loosing grip. Whereas, I was gripped up from lap 1 to lap 20 and my tires never really fell off.

For those of you that have locals with stacked Lo206 classes, your very lucky. I don’t have that- so CKNA is one of the only time I get to play around with others in my same class.

For those of you that have locals with stacked Lo206 classes, your very lucky. I don’t have that- so CKNA is one of the only time I get to play around with others in my same class.

Is possible to run what is most popular in your area? If you are in north FL, I believe Bushnell has big 206 classes.

Unfortunately that is a problem with the fragmented US karting scene that is only getting more challenging. When I first started karting everything was Yamaha and I only needed to switch from pipe to can to direct drive to race the most popular classes at my 3 local tracks.

Not to get too in the weeds on setup, as that isn’t the purpose of this topic, but just remember that small tweaks on setup usually are the way to go. 15 to 10 psi is a massive swing. That’s a 30% change in the tire, which is a big change in what is essentially your suspension, as well as your contact patch.

Anyway, glad to hear that it sounds like you’re going about it in the right way.

Great story, thanks for sharing!

What’s the advise on getting more consistent?

My plan was to take video of my races and post them here for feedback. But I’m not all knowing when it comes to the Go Pro, and during the night race, when I turned it on it said my SD card was full (face palm).

Then when I plugged it into my computer, my computer wouldn’t recognise my Go Pro. Somebody told me to format my SD card, but I didn’t realize that by doing so I’ll lose all my footage (Double face palm).

I really wanted to post my footage since I really haven’t done that here since my very first race, which just happen to be the last CKNA race at Jacksonville about 6 months back.

In theory, when you get home and plug the camera into the computer, Quik would launch and ask if you want to download the files.

The gopro breaks all footage up into 8minute segments. The numbering method is a bit hard to get used to. 010xxxx, 020xxxx

You can just find the card as a drive and copy the files in it to your pc, alternatively.

Then when I plugged it into my computer, my computer wouldn’t recognise my Go Pro. Somebody told me to format my SD card, but I didn’t realize that by doing so I’ll lose all my footage (Double face palm).

Yeah, not much you can do to recover from formatting a storage device. Sorry. Like Dom stated above, as an alternative you get a Micro SD to USB adapter and pull the data like any other file. The difference is how GoPro Quick recombines it in to one video file. The alternative work around for that is to find a video file merging program. I have to do this in order to use Race Render to add my gauges to the video as it does not like split video format. At one point I sent a message to the folks at GoPro and asked why the video was split into 8 minute intervals, my reply was so that if any part of the video was corrupted, the entire video would not be lost. Sounded good, but still a PITA when it comes to editing.

If only the segments weren’t so hard to organize. It’s hard to tell by the numbering system.

I take issue with the lack of software. It’s so strange that they do such good hardware but ignore the software we use to interface with their cameras. Or at least seem to ignore.

Didn’t find any action shots of me, but I found a video where you can see me pass someone on the 2nd to last lap at minute 14:18 and I’m in frame for the rest of the race.

I’m in the blue suit and the guy behind me was allowed to run in our class, but he was DQ’ed for being 65 pounds under weight. He passes me right at the end, but it was still alot of fun running with him. 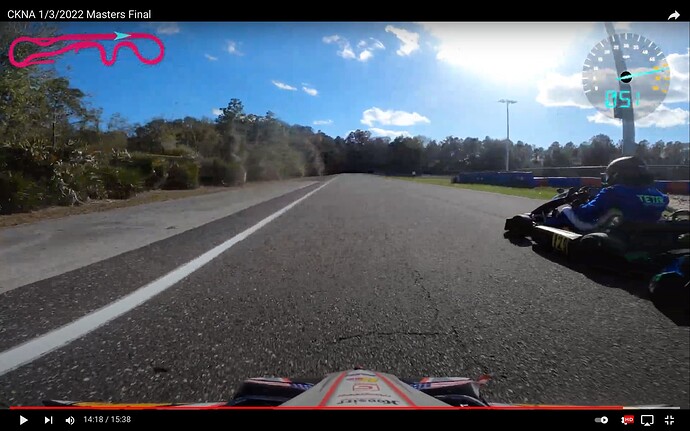 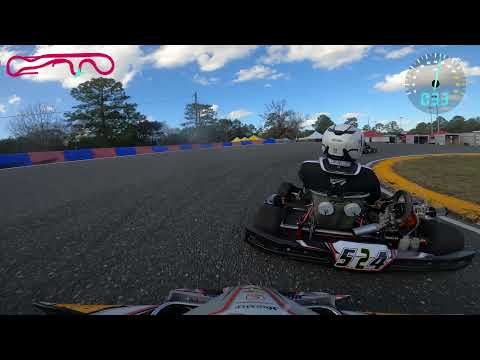 he was DQ’ed for being 65 pounds under weight.

Just a slight miscalculation I’m sure.

I’m in the blue suit

Blue with orange highlights like the barriers? Pass at 2:00.

Blue and Orange is someone else, not me.

It was the mechanic I was racing against, as the driver hurt his ribs and couldn’t continue after practice. So he asked if his mechanic could run in his place. They allowed him to run with us which made alot of people angry- but the guy was really nice and I had fun battling with him.

I’m not super competive yet, so I’m just out there having fun. But being 65 lbs underweight was a factor that had lot of folks understandably upset.

I’m not super competive yet, so I’m just out there having fun. But being 65 lbs underweight was a factor that had lot of folks understandably upset.

Yeah I know a couple times where drivers ran weightless for various reasons and it upset a couple people. Once we had a guy take all the weight off and just push his teammate the entire race to secure him the championship. Not very sporting.

Another was an old buddy and karting legend (won’t name him unless he wants to perk up) who initiated a pretty ballsy protest against some perceived unfair weight limits in the TaG class and ran the final weightless. I laughed out loud at the speed at which he drove by me on the straight.