I’m a noob and don’t know what I’m talking about but I’m going to throw this out.

The last lap or so of practice Friday I heard this pinging sound as my son went around his last lap. Looking at the kart, as we were loading up to leave, I didn’t really notice anything. The only two things I noticed after getting home where these fine metal shavings on the sprocket and axel, at least I think. Also after watching the gopro video I noticed the clip that holds the front nose came out around the same time I heard this pinging.
Here is the video at the right time mark, notice at the middle bottom you will see it come out. Shortly after that you can hear the pinging. ’ 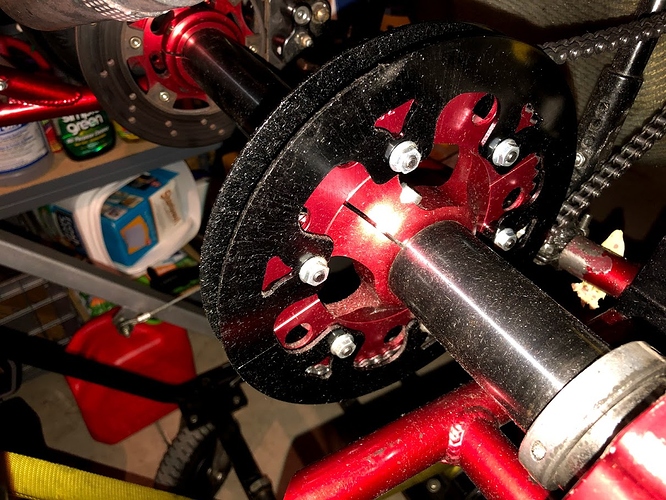 The axle seems to spin fine and the chain seems inline. I haven’t done any deep investigations yet but again being new I thought I would throw this out there and gather some feedback before I do crazy .

Chain tension is possibly too low causing the chain to slip.

Grab the chain on the top run, between the engine and axle sprockets and move the chain up/down.

Generally 1/2” total up/down movement (1/4” from center line) is good. More than that and the chain may start to slip on the sprockets.

The tension is adjusted by moving the engine back and forth on the chassis.

Also, ideally there should be a nut/bolt behind the engine that prevents it from creeping too far back on the chassis.

Remove and clean the chain and sprocket(s), give them a good clean and there’s a good chance that they are salavageable for a few days at the track yet.

Ya know at the end of the day I did think that chain seem to have more slack than I remembered when we started but the engine bolt didn’t seem to move and engine seemed fine against it .
I will do a closer inspection of things this week
Thanks for that information another things to measure and check.

Yea I think so…
go to 3:50 mark when its going into pits you can hear it alot better

Worn and mis-aligned gears would be the place to start. Remove the axle gear and compare to a new or close to new gear. Look for one side of the gear being worn more than the other side. Also inspect the shape of the teeth on the gear. They should not come to a point and the profile of the leading edge of the tooth should match the trailing. Do the same for the gear on the clutch.

A laser is the best way the align the gears but not necessary. A straight edge held on the side of the rear gear should touch the side to the front gear.

If both gears are severely, replace both and the chain.

P.S. How often are you lubricating the chain and with what?

I lube it each run, using this 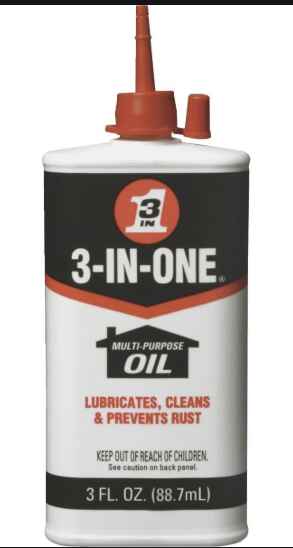 Have you considered the spray lube? Probably easier to work with. Also, less is more, kinda. Too much lube isn’t a good thing.

Yeah you probably don’t want 3in1. Rather you want a chain lube of some type. Even from a motorcycle shop. 3in1 isn’t quite viscous enough to hang onto the chain much and probably evaporates when the chain heats up.

Everyone has their favorite chain lube, you’ll get lots of opinions on it

Main thing is to make sure your spray it on the inside of the chain, ie the parts contacting the sprockets.

Thanks I will try that.

Prolly worth changing to chain lube. Kart chains are surprisingly expensive so probably best to use specific chain lube rather than general oil.

Would I want to WD40 the chain get it cleaned up from the oil before going with the a specific chain lube?

Found this blog post that answers the question pretty well: 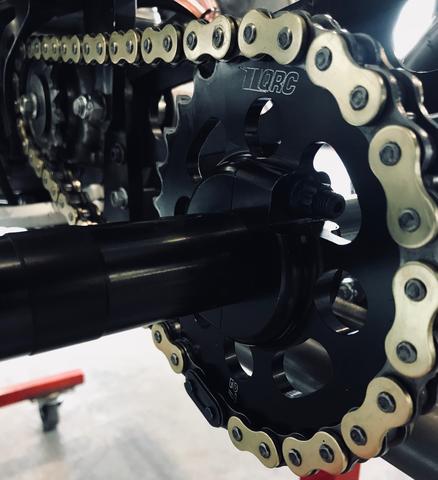 Also, are you familiar with “blueing”? When the chain gets too hot (I think), the metal takes on a blueish tinge. This is helpful to know how healthy the chain is. 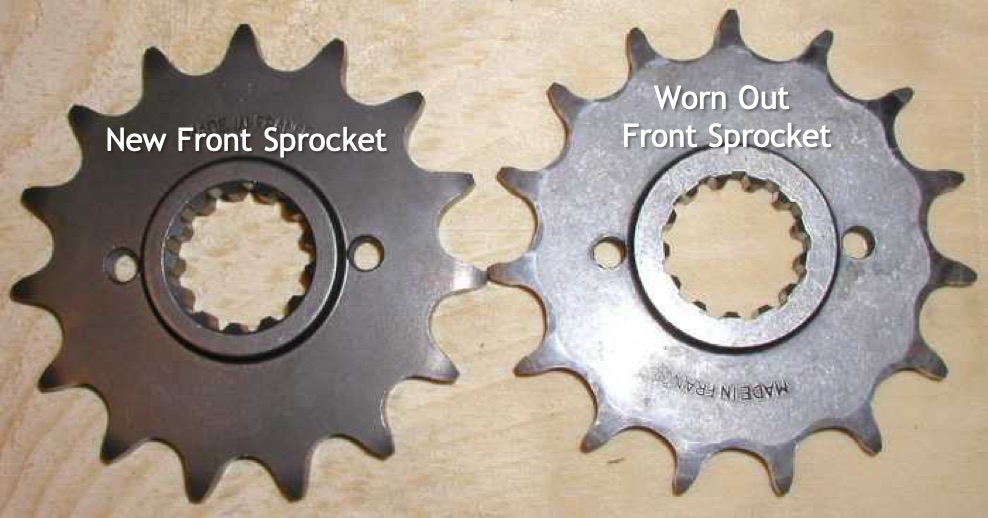 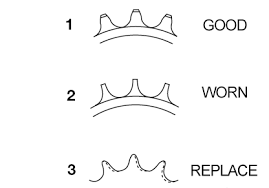 I used to wash them with used gas and a paintbrush. Not sure if that’s a great practice but that’s one way.

Another is brake cleaner, since is pressurized decently it’s good at getting junk out of there.

“Ping”, I’ve always associated that word with the sound that detonation makes, but you wouldn’t get that coming into the pits. From the picture of the sprocket it looks like that chain is very close to the crossmember of the frame. Something to look at. Show us a picture of the sprocket. Best if you take it off the kart for the pictures. Take a picture of both sides. Pictures of the engine sprocket would help also.
Where is he on the track when you hear that pinging sound?
Good pictures by the way, we always appreciate that!

What clutch are you using? Max torque? Hilliard?

Thats what I thought. I have the same clutch, same issue. Have tried 3 different clutches witch same noise. While at CKNA could hear a handful of people with same issue, same with at club level. I’ve tried multiple things such as rtv on the outside shield that goes against the basket, which seemed to stop it for 2 weeks and now its back.

It was interesting to hear everyone mention chain and sprocket noise. I will have to look at mine again, but pretty sure there is no abnormal wear to either pieces.

I meant Hillard Flame not sure if that makes any difference to all the feedback here.