This thread got me looking into tire temperature sensors. AIM has a great setup that you can even get brackets for but its a bit out of my price range. So I decided to make my own. I found 35 deg FOV infrared temperature sensors and am using an arduino as the processing unit with an LCD to display the results.

I’m still working on this but I’d say I’m about 75% done. I’m mostly waiting for the library to finish my 3d prints for the housing of the sensors. Plus I need to create brackets.

I’m going to have 3 pages you can scroll through. The main page will show the highest temp for the past ‘x’ seconds. I’m thinking about 7 seconds. That way after you go through a corner you can look down and see what the temps are. The second page will have the highest temp’s for the whole session and the last page will be for setting an LED alarm based on temps.

If anyone is interested in this I can post pictures and give tips on building your own.

If anyone is interested in this I can post pictures and give tips on building your own.

Em, do you need to ask? Sounds like a great project for sure.

If you have an AIM ebox that you can just run those infrared temperature sensors into the ebox.

Obviously if you don’t its probably still cheaper with the arduino and lcd display. I don’t know what arduino board you have but if its got a memory card slot you’d gain more from having the data stored. The more difficult part would be lining the data up, unless you put a track pickup signal into it too as a marker in the data.

Then you could export you AIM data to csv and import it to another program along with your arduino data (basic excel or use matlab) then create your own data analysis.

Ive done A couple easy projects with A Pi and love to do more some day. Im learing python now. I think my first attempt will be wireless scales that you read off your phone as a webpage.
Anyway. A lot of guys that did use the arduino as a data logger said it was not fast enough. Do you see this being a problem?

@NikG yes I had both those thoughts. The data logging part I was going to add later. They sell an SD card slot add-on for the Arduino which would work for this. Also I figured it wouldn’t be hard to add on a IR lap timer. As for integrating with my current AIM Mychron 5 I figured it might work but I don’t have the expansion box and since I wasn’t sure it would work I didn’t want to take the gamble buying it.

@Timothy_Strawkas No for this data set I don’t see it being an issue. Maybe I’m wrong since I haven’t actually tested but my thought is I don’t need millisecond readings for tire temperatures. My main concern right now is just to get an idea of what temps my tires are seeing during a run. Hopefully, I can take that info and do some tuning with it or at the very least have some interesting data. As I recall the max sample rate is somewhere around 1440/second which should be plenty for this.

As for the hardware I’m using:

Here are some pics: 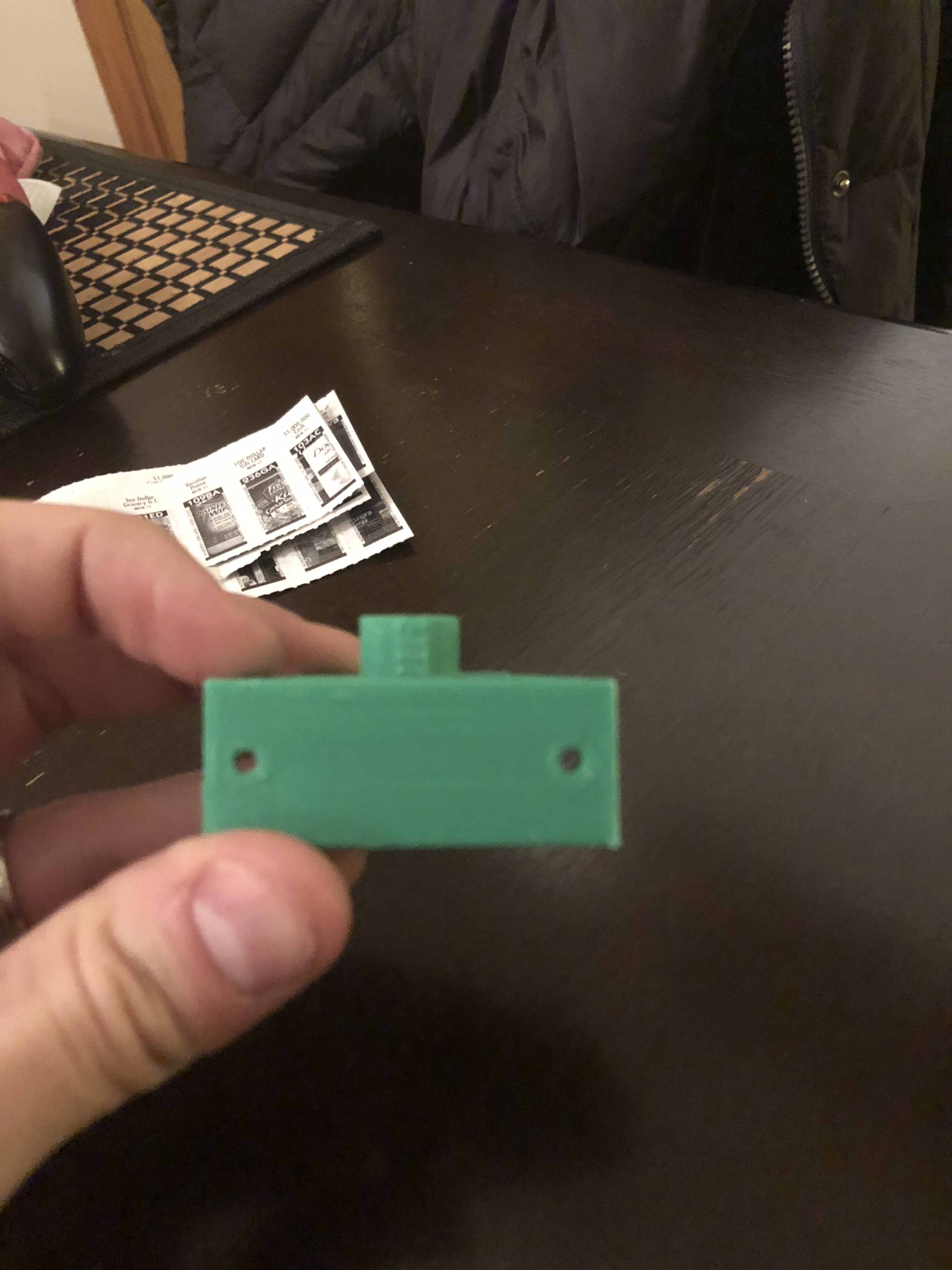 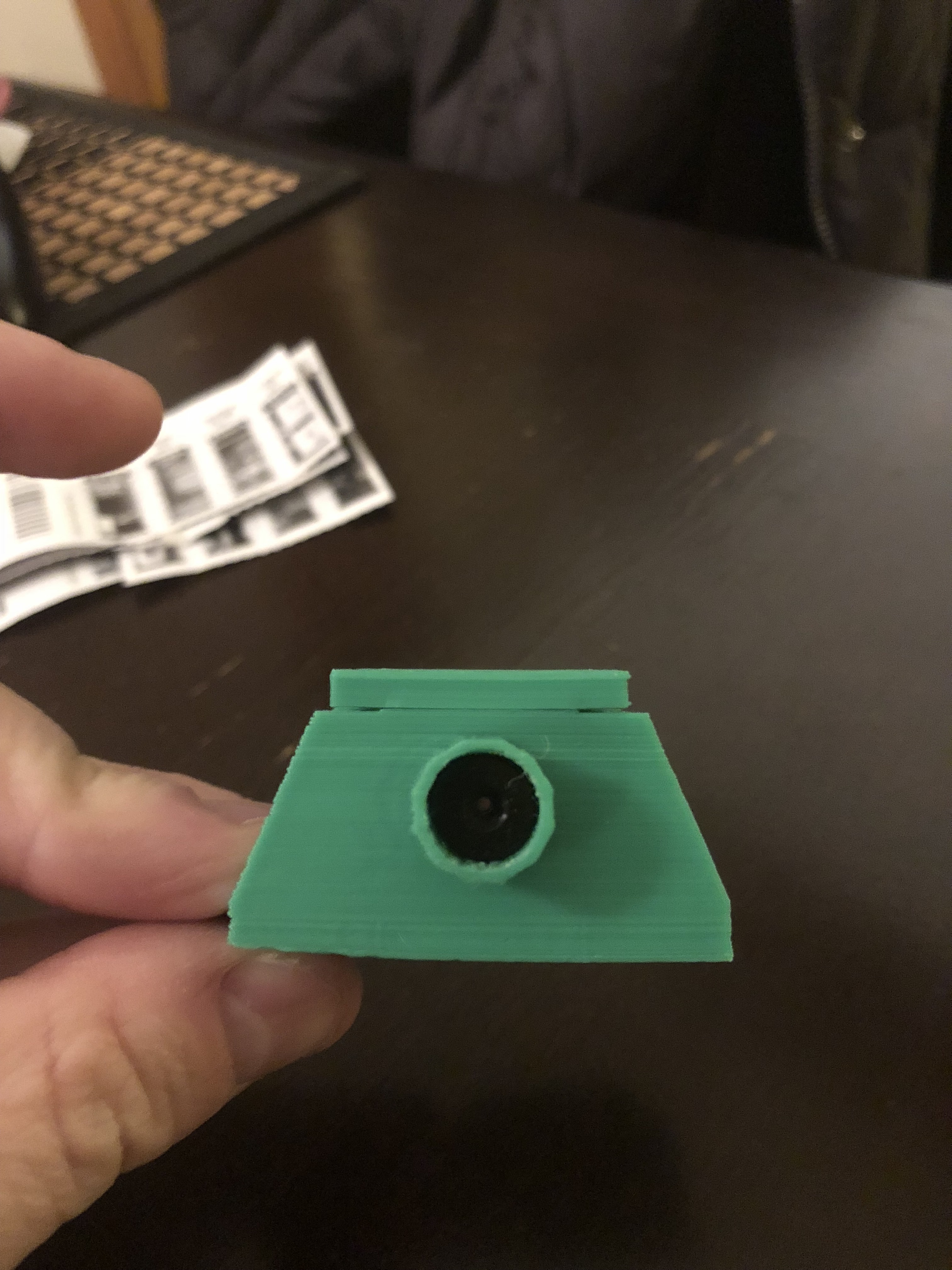 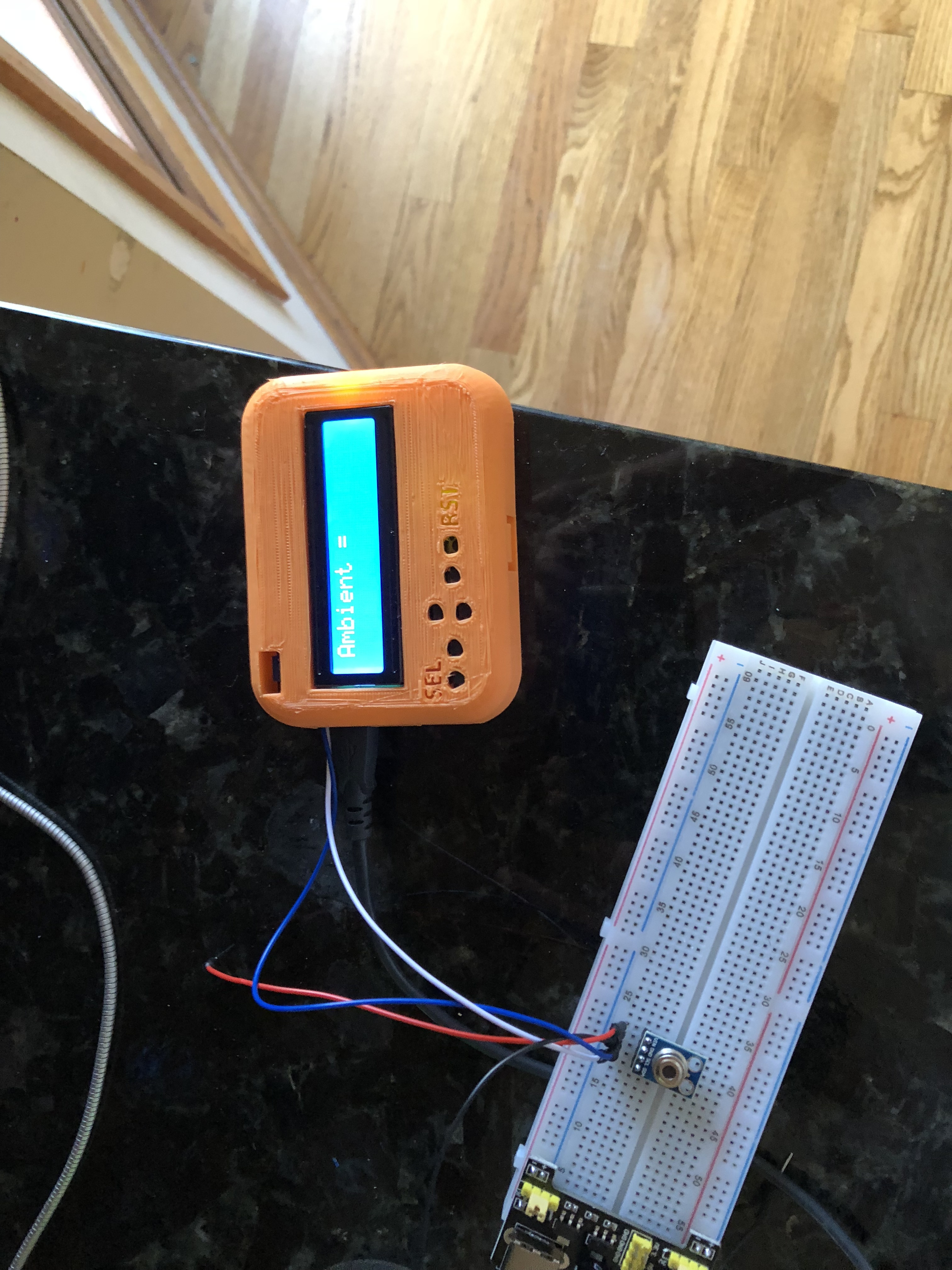 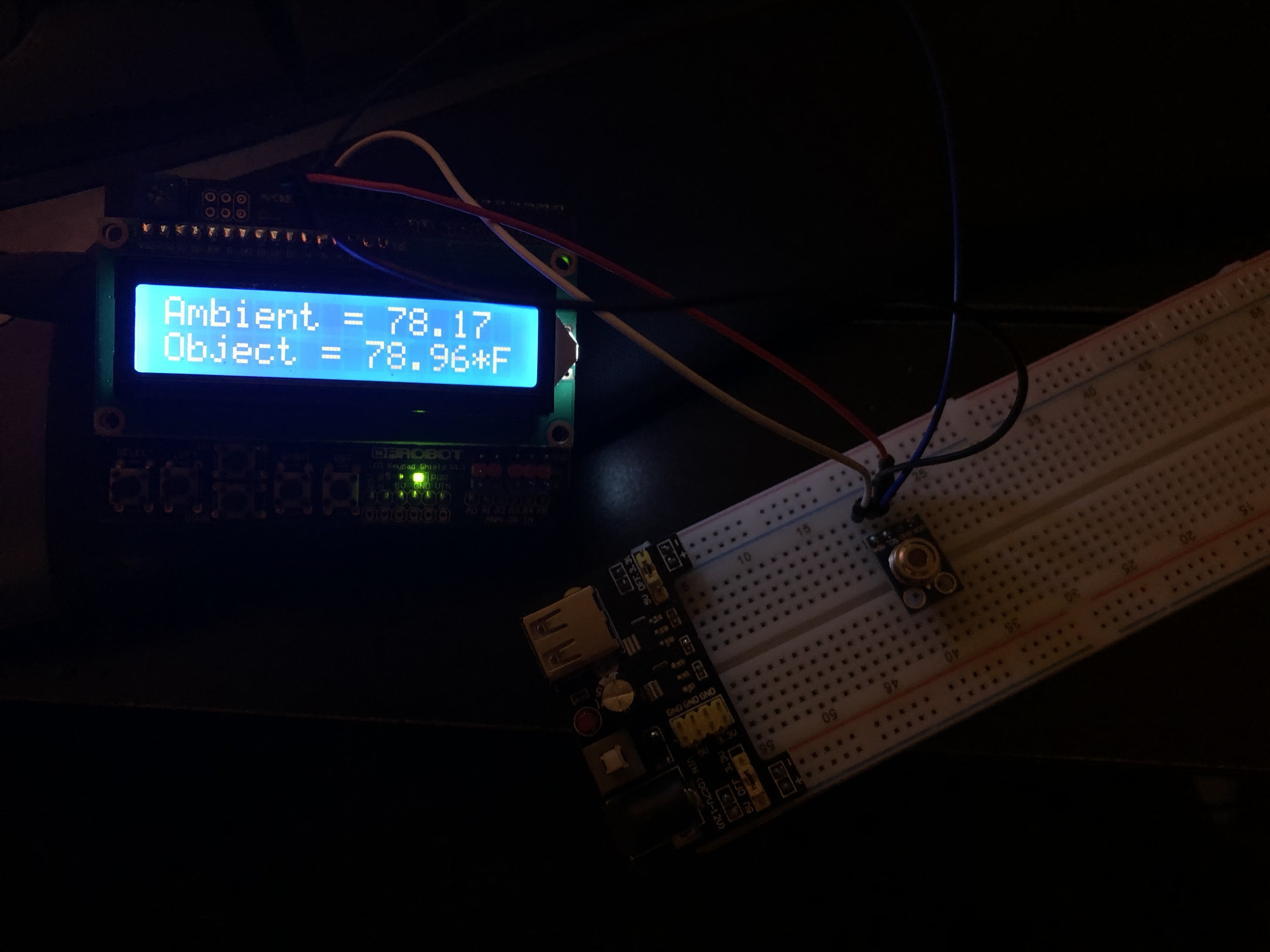 How long is the sensor taking to settle when there is a change of temperature?

I remember briefly looking at something like this (but I was going for a product into an ebox) just prior to AIM releasing there’s and it had been difficult to find a hardy sensor with a quick response time (I did find one but it wasn’t this cheap).

It seems very responsive when testing it but I never did check the actual refresh rate I’m getting. I can test that via the serial monitor when I get a chance. Per the data sheets, it appears depending on the model of 90614 it can be anywhere from 8 Hz to 25 Hz.

Btw the sensor is about 12 bucks give or take depending on what country you buy it from.

I haven’t been too concerned with the refresh rate yet cause the way I initially plan to use it shouldn’t matter much. IE, go through a corner, look down and see what the highest temp for each tire was over the past 7 seconds and when I come into the pits see the highest temp over the whole session. True I could miss some temp data if it only updates 8 times a second but my thought on that was tire temperatures shouldn’t change that drastically in less than 125ms but I could be totally wrong on that.

Looks like the mychron5 is capable of 50 Hz, I think. So if thats the case I doubt I’ll be anywhere near that but still hopefully get some useful data.

So your only looking for one temp (highest) across the whole tread of the tire? I see this may become an issue IF you are going to use the temps as a tuning tool, or maybe just as A suggestion. I say this because if you have too much camber and have a hot spot on the inner edge, you would not be MAXIMiZiNG the tire even though the temp looks the same as or higher as the rears. Something that i could see myself doing anyway. I love the idea of this project now though. It would really help to weed out what the driver (myself) was thinking there feeling. Even better to help A jr driver also.

Based on the testing I did last night the IR temp sensors seem to sample around 8-10Hz. Likely it is 8Hz. I couldn’t find any info on the AIM sensors as far as sampling rate.

@Timothy_Strawkas , you’re right one sensor per tire doesn’t really paint the whole picture. Technically 3 per tire would be best. Then you could tell if your tires were underinflated/ overinflated and if there are any camber issues.

For right now I just plan on doing one sensor per tire like the AIM unit. My initial idea is to aim and distance it away from the tire so I can read most of the tire. From what I’ve read the sensor takes all the IR temp readings in its FOV and averages them.

With that info, I’m hoping I can tell two things. 1. How the karts handling front vs rear. 2. Am I getting to and keeping the tires in their ideal heat range. I’ve had issues over heating soft tires in the past so I think this info will be really interesting.

I can always add more sensors later. Connecting via the I2C bus you can connect as many as 127 sensors so that definitely won’t be a limiting factor.

Any further development or deployment?

Unfortunately no. I used it at the last race of the year and while it was useful to see that I was over heating the right rear in some corners, the thin wires I used broke again. As I have no zero free time for projects right now I decided to buy the aim/ Mychron tire temp kit for this coming season.

If anyone decides to build one of these let me know. I can supply code and or any other help.

Please get back to us about your mychron Eric. I’m fascinated by dynamic tyre temps but I’ve heard there’s problems getting reliable / useful data out of these systems.

For around $300 the Stone Kart Company out of Slovenia have a kart tire pressure management system. Looks pretty cool in that you can get real time individual tire temps and pressures. Mounted on the rim inside the tire the sensors transmit wireless to a handheld unit. A booster can be added to allow the signal to reach all areas of the track and back to the pits. The tuner can monitor the driver and know to the exact moment the tires come in.