I think you’re right and that it generally is too expensive in it’s current form. Though, i expect that in 2-3 this will be pretty common on regionally competitive karts.

On a semi-related note, I was considering developing foam inserts to be used instead of air pressure to keep tread presures around 12 psi equivalency…this would prevent tire growth due to temp increase. In fact, rims could be developed that would actually pump air through and cool tires… This would be a bit easier to accomplish on the dirt oval world where psi’s are around 5-7psi. The key would be ensuring consistent contact patch…

Ted:
Interesting. You going to try it?

What does the driver say about the system having raced it for a while?

I believe the kid “retired” from motorsport before he used it for any significant amount of time.

Battery died on my temp gun before the first session so didn’t get any data. Plus, not sure you’d want any of my data from this weekend…

Battery died on my temp gun before the first session so didn’t get any data. Plus, not sure you’d want any of my data from this weekend…

It could be a delta of “you don’t what this”

Hello guys
I want to revive this topic as I think I can help with some of your questions once I have two tyre temp gadgets listed below:
a) Mychron Tyre Temperature Sensors - with a single infrared sensor in each tyre measuring real-time temp on track 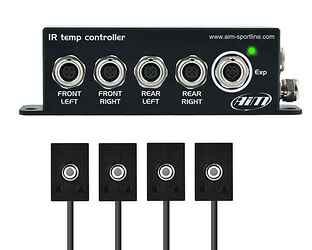 image647×518 19.5 KB
b) Alfano Tyre Control Gauge V2 with Pyrometer Sensor Probe - with storage of 3 temp measurement in each tyre pre and post sessions besides the pressure cold and hot as well. 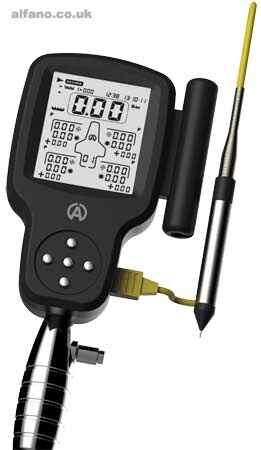 I realized some of you guys wanted to know what are the results and benefits we can really get from them.

My idea is to take advantage of your knowledge and questions to go for the next session and bring data and answers to discuss with you since I still do not have too many findings. Below I list what I already have but first I’ll contextualize:

Looking just the best laps of each day, below are the findings I have up to now:

With my Alfano I can measure 3 different temps in each tire but I do not have too many findings, but I realized that in my measurements I found the following:

I heard that the ideal would be to have a max. of 10ºC difference between inside and outside temperature in the same tire tread width.
Any thought?

I’m not expert on these subjects, but I have spent a decent amount of time scrubbing up on the tech and application of tire temperatures, including looking at a lot of data in race studio. What became apparent to me, and which is backed up by comments I’ve heard/read is that IR-based temperature gathering methods should not be considered a full solution since the outer tire temperature may, or may not, bear much resemblance to the core tire temperature (which is obviously more important). Basically, if you’re going to get some IR temps you need to also use a pyrometer to make sure what you think you’re seeing is actually happening.

what temp were the slowest laps at? Did you ever try to really overheat the tires to see if you got an improved performance?

what temp were the slowest laps at?

Did you ever try to really overheat the tires to see if you got an improved performance?

Yes, sure, but the data does not show me I get better lap times when I have the average tire temp between 80 and 95C as suggested by the tire manufacturer.

Is there a way can have the data show the tire temperatures for each lap?

Did you discard temperature measurements when you weren’t in a corner? I would think the average would be dragged down by the tires cooling while you’re going down the straight.

So you’d probably want to set up a channel in Racestudio to only sample when it is under load, like using the lateral G as the indicator.

Where 0.25 is the Lateral G you want to measure above and “WheelTempFL” is whatever you’ve called the wheel temp channel.

I suspect it’s very possible to create a temp setup for a kart for ~$100. Sensors run $20+ each thanks to the pandemic and people buying every insta-read thermometer out there, but combine 1-4 MLX90614 sensors with an arduino, you could get a log of data for post-race review. Mounting might be a bit tricky. Adding wifi or live readout would be slightly more complex but doable. Looks like you can get 10 measurements a second per sensor.

Edit: read the link for the DIY version above, looks pretty similar. Will see if I can hack something together and post a more complete version sometime.

I am always considering the average temp of each tyre in the lap. I assume that, if the temp is higher in the corners, even reducing the temp in the straight, the average will be higher when compared to a lap where temps in the corners are lower.
I’ve never tried formulas in RaceStudio 3 as it is a little bit complicated for me to set up, but I’ll try this one you created.

To really log and use sampled tired temp data, I feel you would need a high end data system. On a kart, I would want 3 sensors for front tires, and 4 per year. That is 14 channels. I would think the sampling rate does not need to be really high as tire temps can not change that fast. 10 Hz would be fine. Something like a Motec C125 or an Aim system with CAN logging enabled. I would not send 14 analog channels to the DAQ. I would have each corner be a CAN module on the DAQ CAN bus, and then send the structured multi channel CAN signals at 10 Hz.

If I could log transient temps, I would not really put much weight at all into “average” tire temps. What you want to do is look at transient tire temps in different phases of cornering. What are the temps after you get the kart to take a set up till apex? What are the temps after you get on the gas? How do peak temps in given corners change over the course of a long run. Average temps I would think are close to meaningless compared to sampled transient data overlayed on a track map.

I think this would be INVALUABLE tuning data, over time. Initially, you would not use tire temp data to tune, because you do not yet know what tire temperatures do when the kart is working really well. You do a lot of testing and racing. Log tons of data. Then go back, and note those sessions where the kart was just dialed. THEN go see what the tires were doing when the kart was working so well. Now you learn how to get the tires to do that every time. That is what handling is. Getting the tires to work well.

These are the areas where having good transient tire temp data (What are my outside front and read temps at just before I get on the gas at the apex. What are they at peak G load on the gas exiting the corner…) could teach you a lot.

Monte Ryan, do you know to acquire the PWM or SMBus singals, program a MCU and send to a CAN Bus message? That seems like the way to do it. That 90614 certainly looks like it would be accurate enough.

No. Looks like there’s interface available, though I’d have to get one and something for it to talk to, then figure out what and how to say. Was just looking at a cheap way to do tire temps. Turns out it’s more like a raspberry pi and a pair of arduinos, though, for reasonable update speeds. Mounting also a bit of fun, going to try putting it in the side pods.

I don’t think side pods will work. For the rear, you need something frame (bearing carrier bolt ups) mounted. For the front, it has to be spindle arm mounted. Also the distances have to be carefully controlled based on the contact patch width and field of view.