I have bought and old Gillard / P.d.b kart, for a project I have.

But now I have realised, that I can’t find any homologation plate on the chassis. Only a number on one of the bearing holders.

Help please , or a place where I could ask 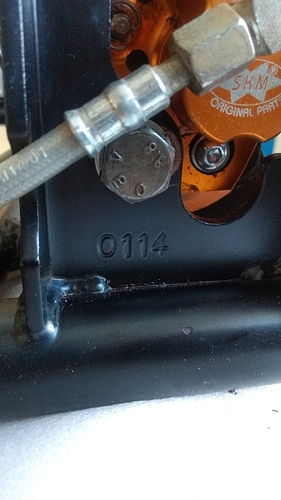 Is it a full-size chassis or cadet? Usually there is a homologation tag on the rear crossbar. Do you have any other photos of the kart you can post?

Some national series don’t require homologated chassis so that might be what you’re seeing. In the UK I don’t think TKM chassis had to be homologated, @Alan_Dove can probably confirm.

You could try PDB/Gillard to see if they have a record for that serial number.

No other numbers. How do i contact them ? I did write an email to this site. But no response 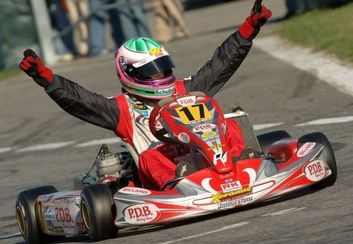 I got the chassis re-paintet. It was original in red. 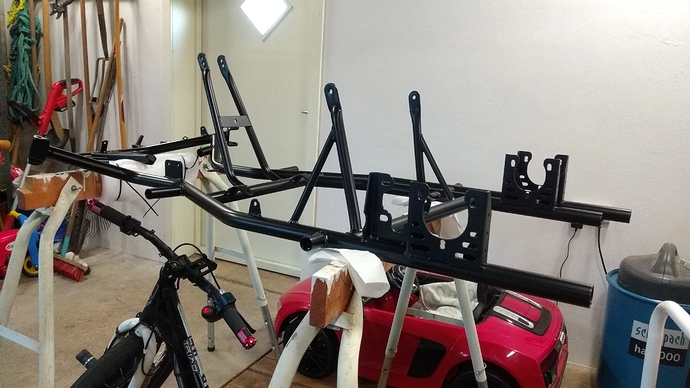 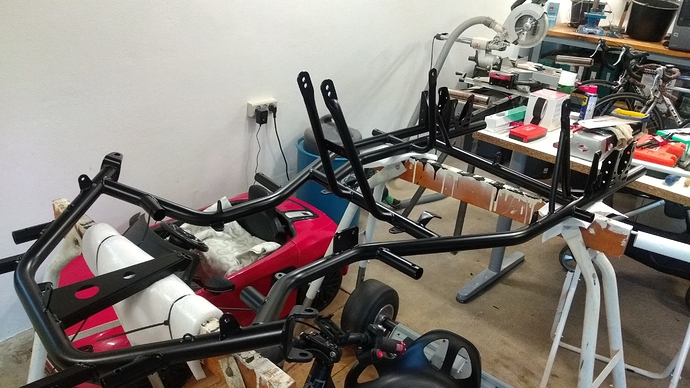 Edit. So it must be the 010B but the TKM version. So there was no homologation for that one

Then it make sense. Do you have any more info ?
Everything is appreciated?
I’m from EU (Denmark) but maybe they newer raced it here ?

No the class is UK only

Here’s TKM’s website. Let us know how you get on! https://www.tal-ko.com/

So they could tell me something ? I can’t find anything about Gillard / pdb on the site.

This tingled my spidey senses. Theres a few things that don’t look right:

So what I think you have (if it truly is a gillard) is a kart built for Formula A (which didn’t require homologation) somewhere between 2003 and 2005. It was rumored that De Bruijn built his own karts and slapped a Gillard logo on them so somethings would have been different.

If you can find the brake homologation number on the brake caliper that might help track down a year. 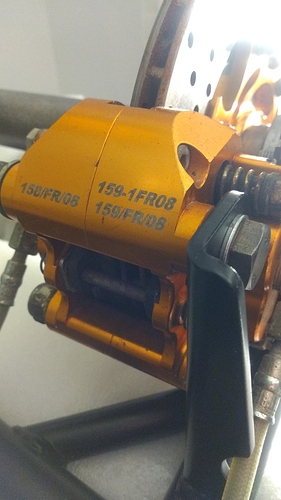 Also it came with this motor 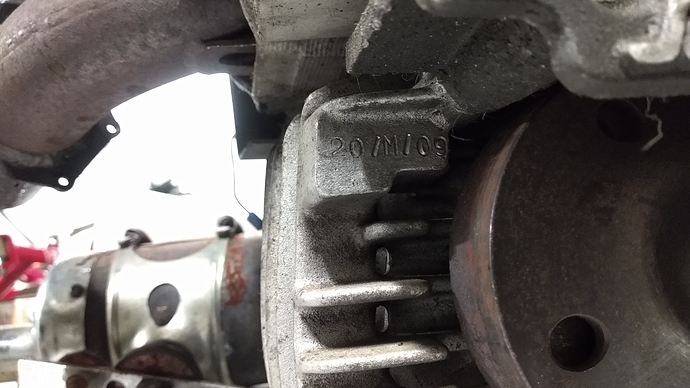 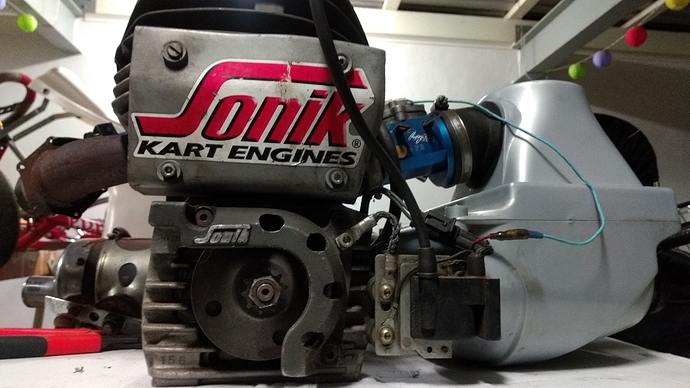 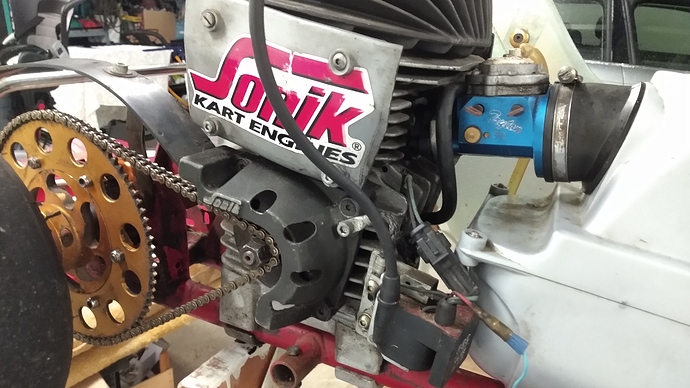 This is clear that the chassis is from somewhere 2000s. My first gillard was from 2008 and it also had 8mm bolts. The originsl brakes could have been removed abd replaced with that from skm.

@Silverline how do you know that this could be a gillard?

@Atom1kk by the stickers it had, when i bought it. (On chassis, fuel tank and steering wheel) 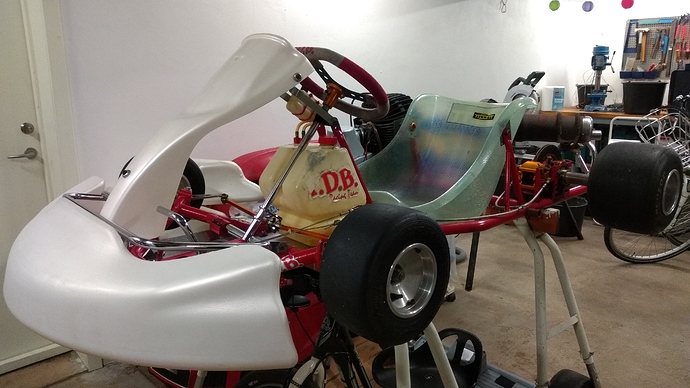 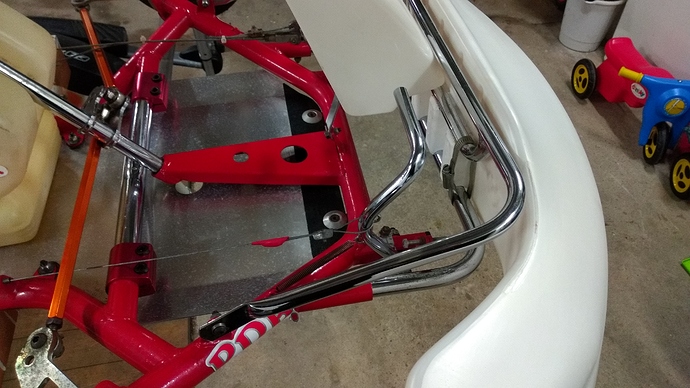 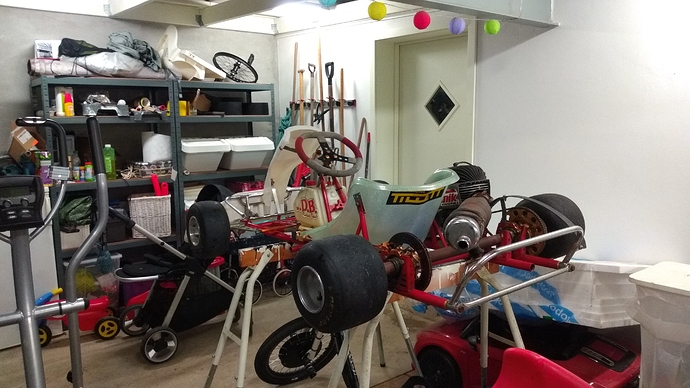 I too owned a Gillard from '08. Lots of indications that this kart was from a time before that era (early 2000’s?), and likely made in a different factory.

I got a replay from : http://www.gillardracingkarts.co.uk/ They told me, that they dont think its a gillard / pdb ?? But maybe something made by SKM ??

Skm made only parts. Not karts. But for what do you need the make of the chassis

Just out of interest. And why there is no homologation plate.

PDB has had karts made by other people (Falcon by Parolin and Maddox by CRG) and SKM have made entire karts before (i think Italkart was made by them at one point).

The brake caliper I’ve tracked as far back as an SKM pricelist from 2003. I believe its the SKM EVO2 system.