Hey guys n gals, thought this might be cool. Share how our first forays back on your local track went after lockdown. Mine was last night, Yas Marina Kartzone - not the best track but it’s the only one open so far. Good fun, very twisty, VERY hot (41 C), forgot how fit you need to be 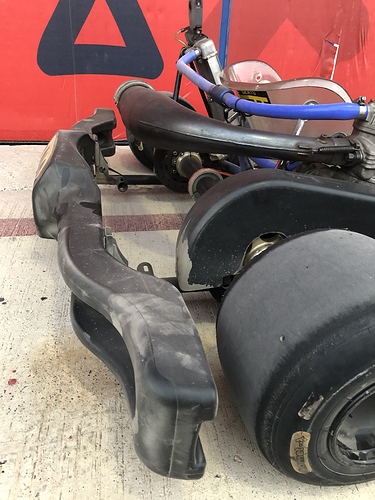 Great idea. Hopefully I can post something tomorrow as it is our first race as well. Major storm predicted however.

How much cooler is it at night under the lights?

Yeah it’s quite a bit cooler, though the humidity tends to increase

You can see my tyres just didn’t get heat into them, pretty polished - just way too much dust. K1Ms. First session was more like a Tokyo Drift session

Are you in the video?

Yes second in the line at the start

Our first race called due to rain (rentals).

So close yet so far… 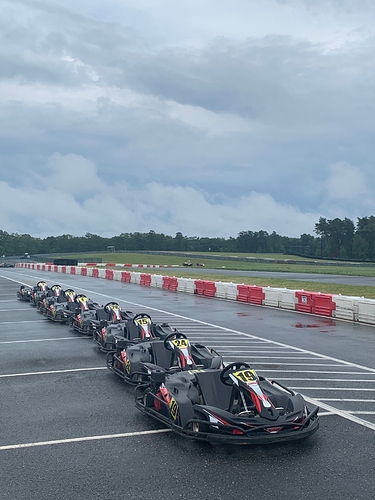 Ran my first race of the year on the new motor KA100. Totally loved it!! Still consider myself pretty new to the sport. But ran better than I did last year, and I am still knocking time off.

It was a great day, until lap 1 in the feature…I didn’t tighten my chain enough and it broke!! Lesson learned!! Felt great though, conditioning was good thru the off season!

Have a great season all !

I like your glass half-full approach to the thrown chain in lap 1.

Shame about the rain - no such issues here but no racing, we’re in the middle of off season (summer) so only practice. Al Forsan opens tomorrow, my regular track - I’ll post some footage this week - track cleaning isn’t as good as Yas so we’re waiting a few days to let some rentals run to clear the dust a bit before we run there. For now it’s Yas again this evening - 94 deg but 63% humidity gives it a ‘feels like’ of 120 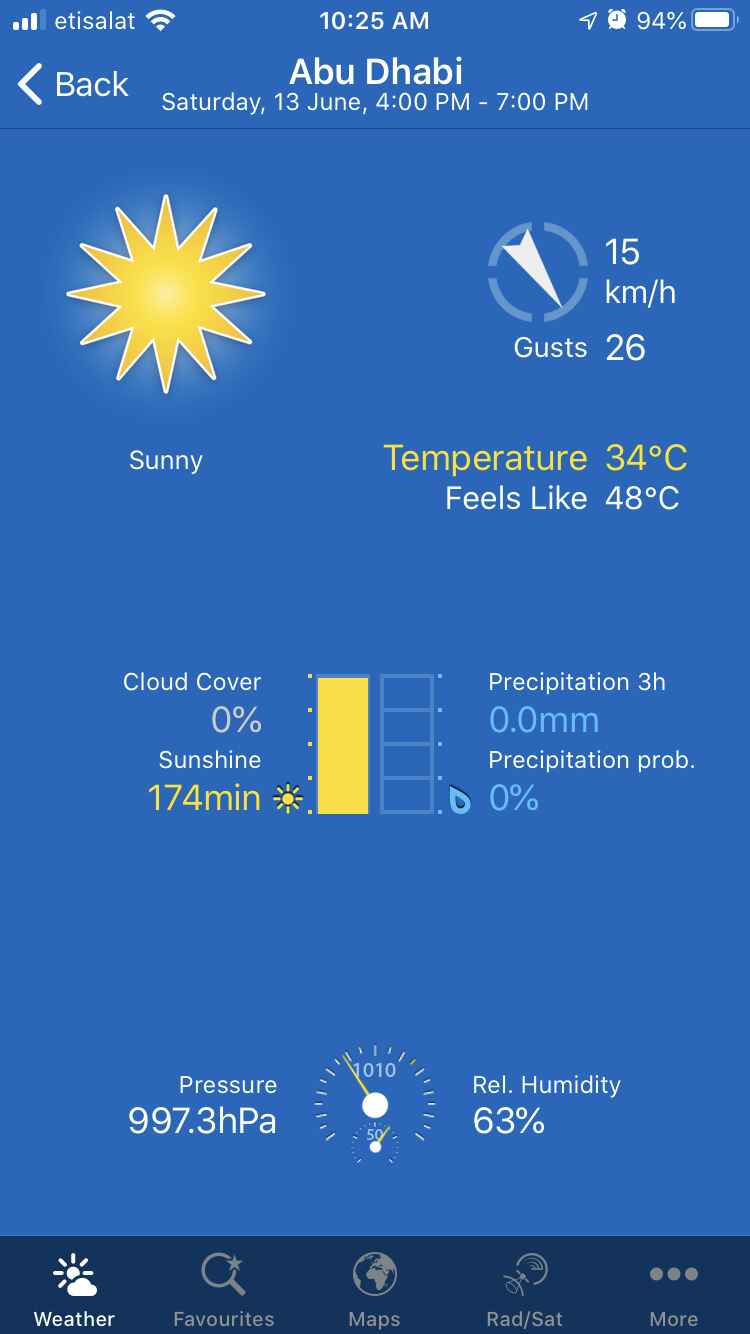 And they are off…


A fun start to the year with sun! P3 quali, P2 Heat 1, P3 Heat 2.
Here’s Heat 2. I get smoked by Henry and Ben, sigh. I was hoping the lads would have packed on the pounds over the winter. But, no. They remained skinny and grew beards instead, both of which produce speed. This is my excuse and I am sticking with it.

Nice. Hate the skinnies lol. 92kg they kill me in rentals.

Thanks. GoPro got some explaining to do. Their GPS rarely works correctly. Additionally, the hero 7 and 8 dont mount to the PC properly anymore and GoPro seems to have abandoned their software called Quik in favor of something new. However, the “something new” continues to be delayed, and they released the 8 despite this. Baffling.

I just want a camera with good stabilization and telemetry that works. Gopros are great pieces of hardware. But, when you get home and it takes all night just to try to get useable files off your camera, something’s got to give.

Tried out a KA100 yesterday and did about 70 laps with it. Did two sessions before raising my steering wheel to get my elbow out of the engine. Now it looks like I grew a baseball on my elbow, oops. The engine platform is super fun. It’s still plenty fast but doesn’t have the “beat you to death” feeling of an X30. Even on 150 lap old tires I could still lap pretty quick which is really surprising. I was 0.8 off the KA track record and one of the kids was 0.3 off in my kart, I just need a lot more seat time. I wish I could have gotten GoPro footage but my RAM mount wasn’t happy not having a radiator to brace against so I’ll still have to figure out how to get it to work.

Nice! Have your tried the Vortex VLR as well? Leatt makes some nice elbow pads for downhill MTB that I use for those pesky elbow happy engines like the gx390. Without a raditor, you can slap a sticky mount on the faring. The series usually aren’t too keen on helmet mounts, though some are.

I have the GoPro 8 as well, and found the only way to get GPS right now is on the phone app. It wouldn’t give it to me if I was on Quik, which I obviously got before they removed it for download. I still use another software to edit my videos though, but the stabilization is amazing. I sure hope they get their new software out soon.

My daughter uses one of those elbow guards from baseball, the ones that the hitters use on their upper arm. It molds to your arm shape, and works pretty good to protect her arm.

They put quik in the legacy area. I finally got it to work, sorta. I really do miss the convenience of plugging it in and it worked properly. They are terrific from a hardware perspective though.

I haven’t tried a VLR. I’m assuming it’d be pretty similar though?

Raising the steering helped a bunch. I might look into a elbow pad if it’s still an issue next time I drive. It’s hard to tell if the damage was done on the first two sessions or throughout the day. I also am going to look at a different engine mount to lower it down in relation to the chassis.
I have a RAM mount that I attached to the left seat mount bar and then used a cable tie to brace to the radiator inlet hose and it stayed pretty solid. Some vibration but not awful. I’m thinking about making a second piece that’ll attach to the seat mount bolt to make a triangle brace. I just like having that perspective over a fairing mount. You can see hands, feet, track, etc where-as you can’t see much with it the fairing.

I havent tried the KA but I drove the VLR at DKC. Its a nice engine but I hear the KA is a bit more widely adopted. Both excellent. Might be more of a Florida engine. Not sure.

Funny you say that. Each time it happens to me, I can’t pinpoint it either. I think its constant small bumps as opposed to big, painful whacks.