Getting back to karting

Getting my karts ready to go again. I own 6. 2 of them are recent purchases. My last 20 years have been airplanes, motorcycles and cars. I still own 13 airplanes 20 motorcycles and 10 cars. Anyway it’s time to play go karts again. I have a CRG Daytona Heron with a KT, a CRG Tag kart with a Fireball, a CRT Road Rebel shifter with a 190 cc Anima, a Gilera 125 shifter, a Tony rental kart and a custom neighborhood kart with a big techumseh. An odd assortment. The road rebel with the anima was built to run with 125 shifter. It’s one of a kind and a cool practice kart. It’s good for 80 or so.

That’s quite a mix alright. What are your plans for them?

Also: Which anima do you have?

Ha! I may know who you are…I think we had a chat a little while ago… Anyways, out of the whole list…the most interesting to me is the Gilera. It was the “shifter moto” platform used in Italy (also called “formula Europa” ) at the end of the 80’s - beginning of the '90s. Same concept US picked up almost a decade later…I don’t know how you managed to find one, but don’t let it go as it’s historically significant. They still run them in Italy as a vintage class/club Home - Gilera Kart | Arezzo, Karting Club, Gilera, Go Kart

So, if it was me, I’d do this. Bring 2 at the time at the track, one single speed, one shifter and alternate. Gilera and KT, Fireball and Anima. Those are the 4 worth running. I’m not a fan of the fireball, but it’ll be fun until it breaks. Let us know if you need any help!

You never see them here. It has full instrumentation also. I have no clue how it got here. I dont know how to post pictures yet here.

There’s about four versions of the 190cc four valve Anima. (maybe five now with the 55mm short stroke model?). Anyway, curious to see how well the Animas hold up over time on karts and if it’s worth adopting as a class, vs just taking a ZS as a base with necessary changes to make a “karting anima” of sorts.

I have a predecessor to it based on the YX (ThumperX) as well as a ZS190. I think I’d like to try the short stroke Anima next, but without electric start and having four valves I’d have to make changes.

You can upload photos when making a post by:

Drag and drop
Copy/Paste
Up arrow icon on bottom right

Excited to see some pics. Where are you located?

Mine has no kick or electric start. Still cant solve picture loading.

I live in Riverside CA. I tried cut and paste. Don’t see an up arrow. Im on an ipad.

I see the up arrow but it not active 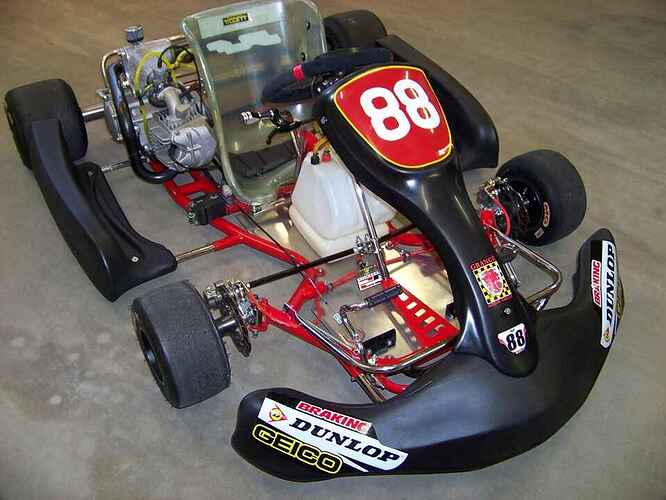 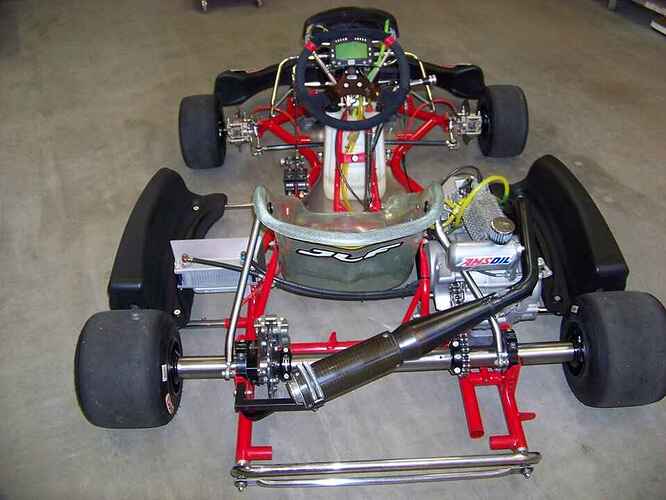 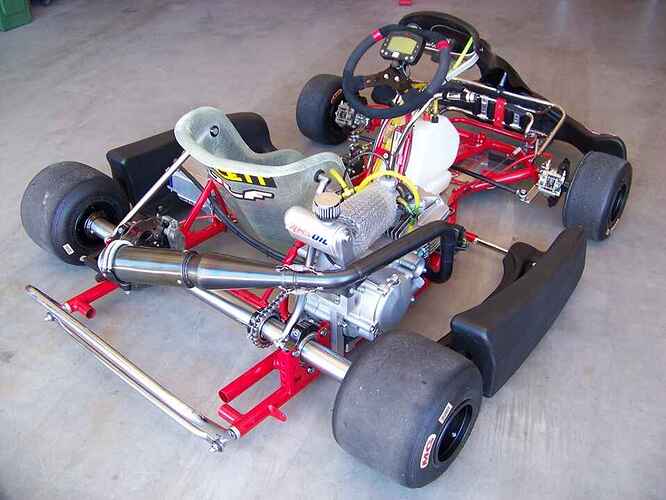 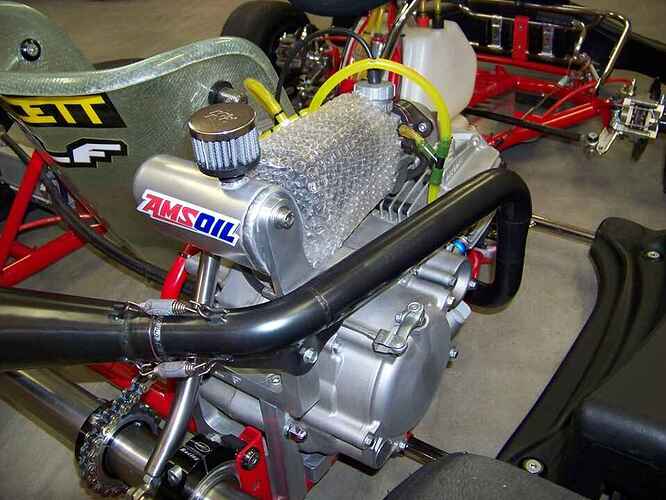 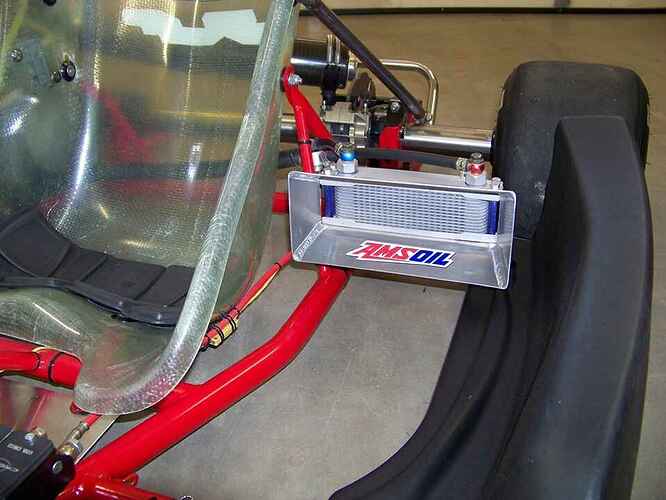 God knows what i did?

Im on iOS also. Are you trying to paste the image into a reply box? (Nevermind looks like you found it)

I think i get it. Thanks

It’s super interesting to see how each setup is different with the pit bike engines. The ducting on the oil cooler is a nice touch and something often overlooked on karts for some reason.

The exhaust is unlike any I’ve seen with the pit bike engines, more like a traditional kart style.

The catch can is quite a piece!

Did this chassis not have a third bearing carrier, or did you remove it?

I thought that Musgrave had a different mount to odenthal. It’s not possible to move it inboard far enough because the drive sprocket is off set outboard from the magneto by about 2 inches. In other words with the engine against the seat, the drive sprocket is lined up between the two bearing carriers. You could claim some space back with some work on the flywheel/charging coil setup but not enough. I have several that im testing. Yx, ZS etc. All the same CRF50 form factor. When I talked to o…

You’re in Riverside? Come on out to Apex or Adams, make sure it’s a day I’m going. I’ll bring the big toolbox and all of my spares.

Thanks! I’m in the middle of a rebuild of one of my planes but soon. 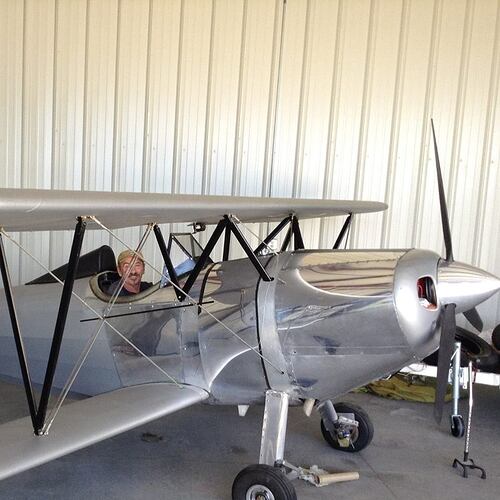 I bought the kart as is. It is just perfect to run. Only 4 speed. On curvy tracks it is best. It was built by a pro. They wanted to come up with a lower cost alternative to 125 two strokes. They were also Anima importers. I’m not sure on the third bearing. The sprocket side case is highly modified. Not much motorcycle left in it. The engineering is amazing.

Can you recall who did the work?

Iit’s a really nice example. Pursuing 125cc performance is lofty, but 80cc is doable. Any time I’ve hypothesized on a four stroke that would legitimately level with a 125 KZ the design looks like it’s more hassle than it’s worth.

I never intend to win a race. I just like to scare myself.