[Guide] How to Stream LIVE Onboard video using GoPro, a smartphone and Live4 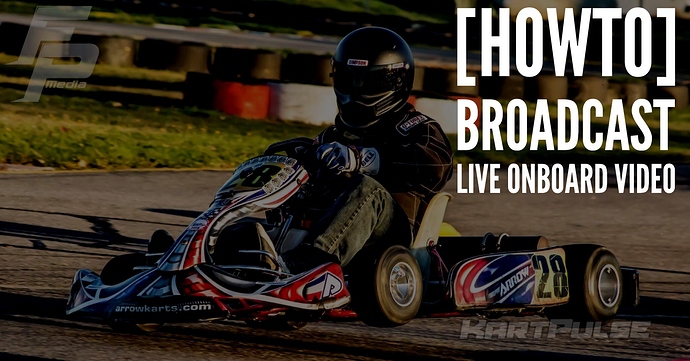 Use this guide to stream live onboard footage from your kart. We will send the video from the GoPro over WiFi, then use a smartphone and an app to broadcast that video to the web.

Step 1 - Pair your GoPro camera to the phone over wifi

Install the GoPro app on your phone

Follow the pairing guide for your model of GoPro on this page: https://gopro.com/support/articles/how-to-pair-the-camera-with-the-gopro-app

When pairing is complete you should be able to see video from your GoPro on the screen of your phone via the GoPro app.

Once you are logged into the app, tap the red + at the bottom to start a stream, then tap gopro at the top to select your camera.

Example
Here’s what I got from Josh Lane and Killian Keavaney at Rock Island in 2014
http://live4.io/stream/kartpulse

What if I wanted to stream onboard footage (not necessarily to facebook or anything like that) to a trackside iPad or laptop PC for driver coaching?

Is that as simple as skipping Step 2?

Essentially what this is doing is streaming your GoPro’s preview video stream to live4gopro website, using a cell data connection.

So even to view it on iPad etc, you’ll need all steps as well as internet connectivity on the viewing device… iPad etc.

@TJ_Hollingsworth1 do you have a GoPro with wifi that you’re bringing to Daytona?

I do indeed but I am not racing this year. I’m going to learn and video. I will be live broadcasting my season in CES this year though. Great topic for the forum!

Spread the word, maybe you can help someone get setup
During the week and we’ll do a broadcast on the FB page?

Hey, James, do you know if it’s possible to livestream straight to YouTube? I think this is a top idea.

Hey, James, do you know if it’s possible to livestream straight to YouTube? I think this is a top idea.

Live to YouTube with a GoPro? It’s possible yes, but usually involves a tech stack of some sort and some intermediary hardware.

I don’t think there’s an app that does it in an easy way right now.

You might be able to do it in a slightly more user friendly way with Livestream by using the livestream app on your phone to capture the GoPro footage. Then using livestream studio to push that footage to YouTube live.