I understand that alot of engine builders have trade secrets but wondered what internals of an X30 are changed in and out to get more performance.
Any help appreciated

The main focus is on smoothing gas flow. Polishing the openings and remove any material burrs so the gases can flow more freely through the motor.

If scrutineers open it up though you can be DQd if it’s all polished up inside.

What kind of gains can you see with some work?

Polishing the openings and remove any material burrs so the gases can flow more freely through the motor.

Is this legal for x30? I was under the impression that all surfaces are intended to be untouched.

Is this legal for x30? I was under the impression that all surfaces are intended to be untouched.

No it’s not. That’s why I said after if scrutineers open it you’ll be DQd

A little bit you can get away with

Check port heights against the regulations and make sure they’re open for the right number of degrees - but they’re usually right against the limit from the factory.

Set squish height to the minimum legal - but remember that also changes the port timing, so make sure that’s legal too without ruining the cylinder.

Match the liner to the cylinder casting - but most IAME cylinders aren’t bad.

Set the timing accurately to the legal limit - this one’s a little controversial because you’re not supposed to change it, but it matters.

Set pop-off correctly in the carburetor, use a good oil like the Elf HTX 909 IAME recommends, and fresh gasoline, jet it lean enough to get maximum EGT at 1100 F - that matters a lot more than the preceding, being 100 degrees low on EGT is giving away whole horsepower on the top end.

Curious, anyone have a dyno of these engines? Always interested in the area under the curve for various engines. 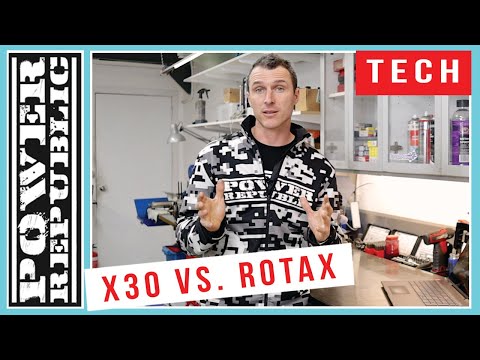 What most people here in the UK buy a lot of engines to find the best ones and get rid of the rest. it’s pretty blunt, but you can’t make a good engine from a bad one. I’ve seen people try every trick in the book, but the only tried and tested route is buying a ton of motors, mixing and matching (carbs and exhaust etc… ) if possible and that’s it.

Or using that as a cover story for blatantly cheating on fuel. A water test or Digitron test isn’t enough to catch anyone running an engine on mostly xylene and toluene.

First I’ve heard of this for karting. Is there more performance to be had by increasing the octane rating even further than 100+ octane race gas? Compression ratios and ignition timing are normally set by governing bodies so I don’t see an easy way to take advantage of increase octane ratings. I know old school hot-rodders that do this as a back shed version of making race gas.

It’s not just about octane - it’s about combustion speed relative to piston movement, as well as energy released when burning with a given quantity of oxygen.

Try running an X30 on 100LL avgas. That’s a really slow-burning fuel, high octane, low energy per unit oxygen (but high energy per kg of fuel which is why it’s nice in an airplane). Then enrich both jets 1/4 turn and switch to 93-AKI E10 street gas. You’ll feel the difference in power, especially when the engine is cold or out of the powerband.