I’m thinking about my engine program for next year and wondering if I should stick with the IAME 175 SSE or switch to another platform. If I continue with the 175 I need to acquire a second engine which means I’ll doubling my commitment to this engine platform. I’m a club only racer at 58 years old and about 50 pounds over the weight limit any where I race. I appreciate the power and expected lower maintenance of the 175 but is there a better engine platform that would meet my needs? How much should I expect to pay for a used engine that needs to be refreshed with a crank rebuild and piston refresh. I know what a new one cost, when I add the cost of a used engine and the cost to refresh, it adds up to more than a new one. If you were me what would you do? Please help me decide if I should invest in an other engine platform like the TM KZ or IAME SREAMER or what ever kz package that is similar to the 175. Thanks.

Though the contingent for the 175 SSE has dwindled, the engine is certainly NOT obsolete. Billy Musgrave ran one at the Supernats last week and was consistently running in the top 10 in Pro Shifter. Also, the SSE won both main events in Masters Shifter at the SKUSA Summernationals at NCMP this year. So the thing can run, and IAME USA has parts to support it.

That said, I would expect to pay around $3k for a 175 in good condition. One that is in immediate need of a full rebuild would go for less based on the current market.

There are certainly pros and cons to the 175 vs. KZ. I have to ask what makes you feel the need to get a second engine for club-level racing? I only ever used one SSE when racing regionally. The maintenance intervals are longer than that of the KZ, assuming both are being operated for max performance.

I ran my SSE 175 for 41 hours on a piston and 54 on the bottom end. It was still making competitive power with 40 hours on the top end. It’s being rebuilt by MRC right now and is for sale as I am changing jobs.

You need three things to use an SSE well. It needs decent gasoline - eastern 93 octane pump gas or VP 101 unleaded or VP C12 or avgas, not Aspen, not 91. You need to be tolerant of its aggressive throttle response, it cuts in very sharply when you pick up the throttle. You also need to not be alone at the racetrack, it takes a strong adult to pull it through and another one to hold it steady, and a two inch wide strap to start it and a decent rope to tie the front of the frame to something that won’t move (a Volkswagen in 1st gear with the handbrake on counts, the fence at most tracks doesn’t).

In exchange for that you get a 47 horsepower engine that is the second cheapest engine to run in karting after an LO206.

You should do a testimonial for IAME 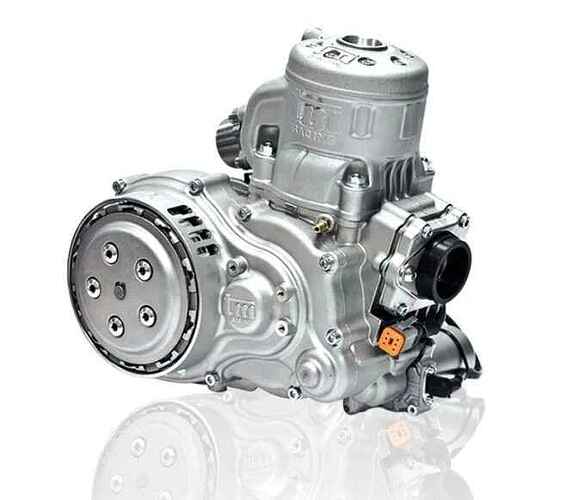 It also has a starter.

I have to ask what makes you feel the need to get a second engine for club-level racing? I only ever used one SSE when racing regionally.

I’m a little worried that I might mis a race or two waiting for parts or repairs. If I spread ware and tear over two engines then maintenace requirements will be half for each. I’ll always have a engine ready to go for the next event without scrambling at the last minute.

Understandable. Just know that your maintenance intervals on a KZ will be shorter than that of a 175, and the upfront cost of a KZ will also be higher.

If owning two motors (regardless of the platform) seems salty, then you could always buy a second cylinder and have some spare parts ready in advance.

Yes. It was obsolete since the day it came out, now more than ever. BUT that’s a totally moot point, depends on what your objectives are. If you are already saying you want a KZ that behaves similarly to the 175, that tells me you somehow like it, I guess due to the torque and you been on the heavier side and probably the maintenance aspect. If that’s the case then stick to it, just don’t overpay for a second engine as the platform is on its way to sunset, so get a good used one at a reasonable price and you’ll be happy.

Anyone has a dyno graph comparison of a KZ and the SSE?

I’d be interesting to see a side by side for sure. But in what spec? EU or SKUSA? Exhaust spacer or no spacer? In general, aside from the variants, you’ll see more power, more torque, less rpm range and torque/power delivery being flatter on the SSE (I saw them, I don’t have them to post). When you take the spacer out from the skusa setup or move to the EU unrestricted spec it will get more peaky, while maintaining the power/torque advantage over the KZ. Not by a ton, but it’s noticeable.

Obsolete really depends on your application. Parts are not a problem. As pointed out it still has its place, just like stock moto does. Since you are 50lbs over, I’d run an SSE for the torque.

We have TM KZ vs SSE dyno sheets on here somewhere I think.
/edit: BOOM