Is there a 206 Witch Doctor in the house?

Well today sucked ashe! Took the kart out for the first time in 3 months, and it immeidately started acting up. First time since I’ve owned it that the 206 engine was behaving that badly; intermettent loss of power (for 3 seconds) at 3,300 rpm and again at 5,400 rpm. Felt like a fuel delivery issue?

Nada, it only got worse as the day progressed. It was not doing this anytime it was on the kart stand, but once it was on the track is was cutting both in the straingths and when I’d pull G’s in the turns.

Pisses me off cause we actually had a decent 206 field (for Monticello) will some of the Subaru locals who just jumped to 206. I could not put down a decent lap with no consistant power. 3 months ago it ran great at Jax even in the final.

Granted, I bought the engine 20 months ago. After 3 months I had it reworked by TS Racing and I haven’t touched it since. 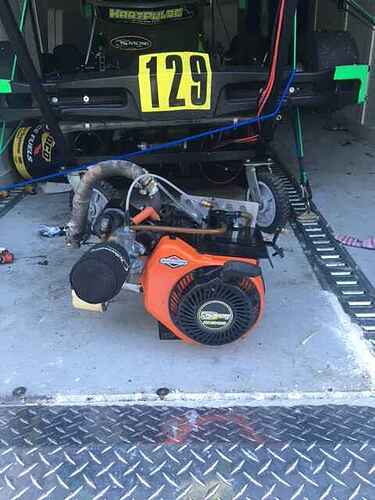 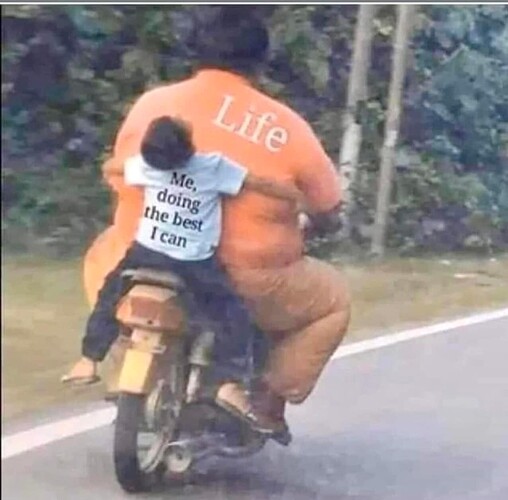 Where are you measuring the float height? 206 should between.850-.890 with.870 a good starting point. I use a dial caliper like this, set mine to .870 and haven’t found the need to adjust it since. 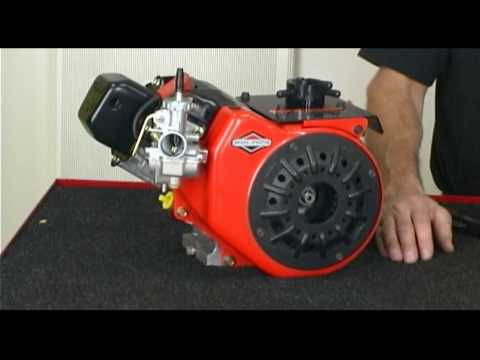 Were the jets clear both times or dirty both times? Did any of the changes make any difference at all?

Definitely answer question above regarding float height. That could cause your symptoms for sure.

You need to measure the height with the carb inverted so that the inlet needle is closed.

Can’t say if this will fix the issue, but at least you’ll be able to say for sure the float is set correctly.

Are you cleaning the main jet only or the pilot and main? Also wouldn’t be a bad idea to clean the emulsion tube.

Both jets clean and recleaned each time just for good messure. I think James McMahon’s response might have nailed one issue, me messuring droop versus drop. Excellent oppservation and maybe were I went wrong. (Still learning)

To be fair I think @Sloryd66 got there first. But yeah setting droop on that carb won’t really work. Ask me how I know haha.

Hole in pickup tube in the gas tank… at the top near the end of the barb.

When we checked the lines and fuel pick ups, there was no air in the lines, and no voids to be seen.

I know this may be a long shot but it’s something I believe @tjkoyen mentioned a while ago on another topic. Since it’s running fine on the stand but not on the track is there any chance your leg or thigh is pinching the line?

Edit. Did you also take of the air filter and check the intake manifold, could be something in there chocking the engine?

I don’t have much experience with the 206, but with my KA we had a similar experience where the kart runs fine on the stand but doesn’t run on the track. It turned out we had little to no compression.

The carb has 2 jets and an emulsion tube. Check all 3. Try new gas and if possible borrow a carb to rule ut out or in. Check the needle is being held in place by the clip as well.

We did not try different fuel. Being non-ethanol I assumed it was good, as the fuel was just purchased a few weeks ago prior to Hurrican Ian. But I see your point and I wondered that too.

I’ve had the line from the pump to carb be a culprit to this as well… The end of the fuel line on the inlet can become deformed and cause an air leak.

Whatever you find keep us posted.

Did you find out what was causing your motor to act up?

Nope, just sent it off to Stewart Racing Engines, he’ll figure it out.

I’ll bet it’s your kill switch not the wire. I’ve had 2 go bad in the last 2 years

So I have mixed feelings, but I’ll explain why, and maybe some of you can chime in and tell me I’m wrong.

Stewart stated I need a new short block because he had concerns about the piston and rings as it relates to blow by.

Now just 2 races ago, I had a leak down test and it was fine. Stewart sent me pics of a wet plug and some carbon build up on the head of the piston. But I would expect that if the carb settings were off and it was running rich as hell. The engine is only 2 years old, so I dunno, maybe its shot already? 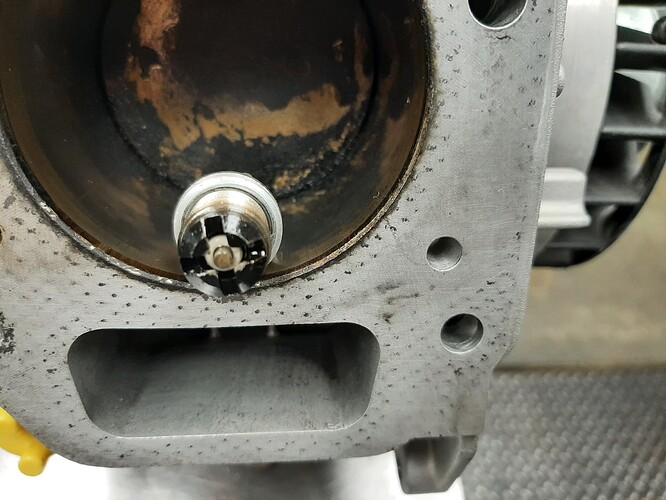