Question for the group.

When you FIRST started karting, what did you start with, what made you transition into what your running now, and why?

Background in why I’m asking. Just picked this hobby in February 2021. Started in LO206 (still in LO206) but I recently purchased an IAME X30 with future asperations. But I’m always curious to hear where people started, compared to where they are now, and journey that ensued.

My favorite was Spec Miata or Spec Racer Ford, but typically about $2k each race weekend. I favorite kart was Tag, but my favorite kart class so far is LO206 because of big participation numbers. Shifter is a blast, but just too much in many ways. At home track it was 22 shifts in 36 second lap.

I am looking at adding KA100 to mix next year. If I do I will race both. The competition is just so great in LO206 near me.

I started in karting in my late 40’s (now 51) since my teenage son wanted to try it. We both ran Yamaha KT100. For me the KT100 was frustrating and felt it was a ticking time bomb just waiting to ruin my day with a pipe (the can my son ran was much more reliable). Two years ago our local track got an introductory price on KA100’s I bought 2 and have never regretted it. Now my son is older we race in the same class. I have a TAG kart but have never raced it, but it is fun for practice.

Started in rentals, tried autocross but it’s not for me, now in sim racing. I’ll finish grad school in a few years and start with lo206 and probably move to ka100 eventually.

Started in 206 quite enjoyed it, but wanted something a little quicker. Went to 2 stroke (ROK GP) and race that the most. I recently got a shifter for some weekend fun but won’t be racing competitively for a little while. I still have all three karts, a little cramped on space lol.

Raced Yamaha in cadets and junior, then moved into HPV/Komet, then JICA, then TaG. Then bounced around in TaG classes, Yamaha, and most recently KA.

I want to race where the competition is toughest and where the most karts are. Right now I think KA is pretty close to the level of the national X30 fields and it’s better for my budget and my current fitness level. I need much more dedication and money and muscles to compete properly in X30, but I can jump into a KA and be pretty much on the pace with a few sessions.

Started with TAG X30 kart this year for practice/track days. Im going back and forth with switching to a KA100 because of the much larger field of racers. Plus we have a Tag Masters Championship here for 32year old+. Ive even given thought to picking up a 206 kart because of the larger fields. All of which is substantially cheaper and easier than doing track days or racing a full size car.

Started in rentals at f1 Boston (summer camp and league) went to world formula. 3rd and still in world formula. Great engine with good turnouts and competition at the club level. This may be my last season for a while😢 Buying a car so I won’t have much money left over. Than I go to college for 4-6 years. We shall see what happens. Next race may very well be my last for many years

Started in late ‘05 running Yamaha Senior Can at NCMP. That was the “introductory” package at the time, and there was some decent racing to be had. The following year I moved up to their “Spec Tag” class, which was a nice transition into higher horsepower, again with pretty strong fields and a range of talent levels. 2007 was the year that things really blossomed, running some National-level races pulling double duty in Tag and Yamaha. Lots of ups and downs that year, but made some really nice strides. That was also the year when I really started getting A LOT of seat time (practice/test days), and it made all the difference.

Continued with various Tag things through 2009, and then in 2010 I bought my first shifter kart. From there forward I was (and still am) convinced that shifter kart racing is pretty much the cat’s ass, and I’d do it literally every day if I could

Ironically, next year will be a bit of a recalibration year for me, as I’ll try my hand at X30 Masters…should be a fun challenge.

I ran yamaha Jr as a kid for 2 season…then my dad sold my kart because I had bad grades. I never lost my passion for racing!

Well fast forward to 36yrs old and I pick up a 125 tag on an older chassis not really made for Tag…awful first season. No competiton…I didn’t know anything! Learned a bit. Then switched to KA100 running Tag Masters and I was hooked! There was just so much less to worry about engine wise! Our field keeps growing every season. Saw 20+ on a few weekends! My luck ran out this season but I can’t wait to get going next year on a new chassis!

I wanted to go KA 100 but NOBODY locally runs them except for 4 teenage types. All the adults run X30, which I why I picked one up and I’m headed in that direction. Which is unfortunate because everyone raves about the KA 100.

I started at 6 on Sodi GT2 GX270, then Cadet, then KF3, then KF2, then nothing. I occasionally do a rental race

That is unfortunate for you. Most of the KA guys at my track are closer to my age with only 1 kid (my son). As an added bonus we run MG reds which last much longer than the MG yellows the TAG class runs. Not sure of your weight, but I have seen some tracks run a seperate heavier KA class that favors more mature racers.

Now my son is involved and finishing his first year in MicroSwift (10 Years old also). Fortunately for him he has better equipment and a coach than I did. Back when I started we had no idea what we were doing haha…so his learning curve was a lot easier than it was for me. 2022 he will move to the MiniSwift class.

Did the yamahas require similar service to 125tag?

Depends which TaG engine you’re comparing to, but Yamahas required a fair bit of attention. I blew up several spectacularly over the course of my time racing them, and the clutch needed a little tweaking here or there. Plus, the parity wasn’t as good as modern engines so there were real differences between a “good one” and a “bad one”.

With the “Supercan” exhaust, it wasn’t as big a headache as it was with the pipe exhaust in the faster classes. The pipe required a little more attention to the carb, a little more voodoo with the clutch (slipping to 10k+ RPM), and a little different driving style.

It was by no means a fragile piece of kit, but it wasn’t as user-friendly and fool-proof as the modern engines we are used to. But it’s staying power as a de facto clubman engine for decades is proof that it was a good package overall.

Had to look it up: 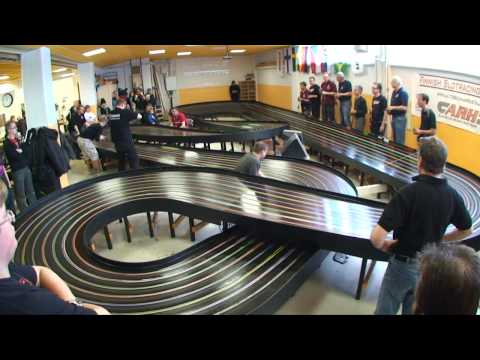 So fast I can’t keep up!