Bit of a followup to: 5 Reasons Why People aren't watching your Freakin' Karting Video

Chatting with @Kieran_O_Carroll and the conversation reminded of how easy it is nowadays to make reasonably creative video using apps on our phones. Videos that are much more likely to capture attention than just a plain old clip of following a kart trackside or onboard.

Give your videos a bit of a spruce up with any of these tools and reply with a video you put together and the app you used to make it.

Here’s a video I made at the supernats with Videoshop on my iPhone. I’m no Shofner, LLoyd or @chrisortenburger, but I think we can all make better videos using the 80/20 rule.

These were automatically generated, I just had to give them a name.

This is hands-down my favorite karting video.

What’s not to love?
@tjkoyen you must have a ton of footage to put a clip together. You could even throw in some design/paint flavor too.

Another one. The new iOS has this thing called Live which basically makes your photos mini videos. That’s why the pictures move a bit. It’s pretty cool.

James, when you say you made those using google photos, how did you get the effects? In my version of google photos it gives the option to make collage, flip book or movie. The movie bit asks you to select images and pick music but I didn’t see any effects at all (like the framing you used).

James, when you say you made those using google photos, how did you get the effects?

I’m not sure. They were made a long time ago, although only just uploaded to YT to share. Anything I did would have been from the iOS google photos app, I can say that much. 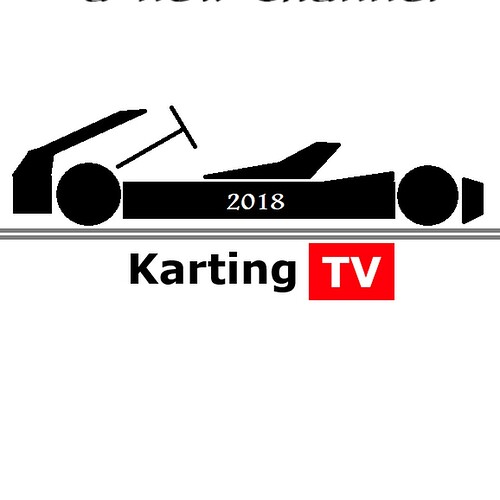 all things karting can be found here on Kart T.V. check out new videos and radio podcasts from the karting world. And if your looking for our old video you can still find them where they have always been! welcome to Kart T.V.

here are some cool kart videos check out our new youtube channel.

https://www.youtube.com/channel/UCIhzmwIIeeCu8KcWxi__J3A here are some cool kart videos check out our new youtube channel.

Do you have any shorter compositions like the ones above?

i got this one

i dont know if its short enough tho lol 1:35

i dont know if its short enough tho lol 1:35

Alright I know this is not just karting but I did put some effort into making this video. Karting is slowly taking over my motorsport life and since this is mostly karting I’ll throw it in. I’ve been getting into video editing as a side hobby and put this together as a 2017 recap. It was my first season of karting but it’s already my primary activity! This was made using Adobe Premier Pro (my wife has an Adobe Creative Cloud subscription for her work so I borrow it…).

I plan on making more videos in this next season with more camera angles, etc. I feel like there isn’t enough polished, exciting looking karting video content out there to show off what we do (at least not much at the club level) so maybe I can fill that gap? I really like the True Racer (find him on Youtube) videos and have been thinking of doing something similar.

That as an enjoyable video. I liked seeing the various forms of Motorsport. It makes for a nice year in review.

I really like the True Racer (find him on Youtube) videos and have been thinking of doing something similar.

Go for it, we’ll help you find an audience.

I’ve enjoyed TR’s videos too, although some of them are a bit long for my taste. I think that really stems from the fact that he has a strong YT following and typically folks will watch longer form stuff on there.

There is a big chasm of “interesting” video from local and regional level for sure. Again it doesn’t need to be an epic John Shofner deal, but just something that has a little variety and cadence/pace to it.

Overall, the sport is missing human interest stories across the board. To me, that’s where the magic is and that’s the biggest glut overall. Stories and emotions transcend the sport. I’ve found it hard to unlock and convey those stories though, I’m sure there are folks more talented than I am at it. It’s just a case of finding and incentivizing them

I like true racers stuff as well in that it’s relatable. The problem I have with filming is that to do a proper job of it, ie tell a story, you need to be filming first, driving second.

Go for it, we’ll help you find an audience.

Thanks I appreciate the feedback and support!

you need to be filming first, driving second.

I agree, my buddy also points this out when I’m playing with cameras and he’s changing his kart setup

I’ve been thinking about what to focus on for 2018 that people would actually want to watch. I’ve had a couple years of making simple on board videos with data overlays and I’ve realized that I really enjoy that side of it, editing and sharing the content. It helps to explain my passion to others and I’d love to help get more people into the sport so they can have that satisfaction too. Now I’m considering making more edited content and I’m thinking short race/weekend recaps (maybe 5 mins??) with a lot of edits to try and show what it takes to participate in the sport. For example, prep beforehand and all of the work that goes into it, but then also the rewards you get from it like getting into battles with other karts and having good fun racing, regardless of what “position” you’re capable of holding. I have a lot of learning to do before I can really tell a coherent, succinct story with video, but I think the only way to learn is to just start making content and not care about viewership so much just yet.

This is probably my favorite video so far. It was partially inspired by the opening to Cars. It also happens to be our entry for this years Search for a Champion. I combed through 6 years of videos and pictures to find the clips for this and spent hours trying to get the flow and timing right. Still, it has errors. “Visits” really bugs me and there is a audio glitch in the middle where I edited out a sound I did not like, audio balance is not quite perfect.

You don’t have to register to watch, but it would be nice if you voted.

Announcing the 2018 Search for A Champion Grand Prize Winners

I found open shot to be unstable on windows after trying it multiple times on different OS and hardware. Ultimately stopped trying.

Speaking of open source, I had a ton of fun* working on the backend of these forums this week.