Looks like as long as it remains a sealed block. Without seeing all the rules list for the autocross class, it’s had to say what they need.

The Animals at our track run methanol, the LO206 are gas. Looking at the WKA rules book, Animals need to run the PZ carb and LO206 the Walboro. WKA does call out must remain sealed for LO206.
So, the autocross rules seem conflicting.

It’s been a while since we’ve done anything to the kart. Ayden’s been doing school and I started working but we’re still going to get this thing done.

The fuel tank, line, and filter arrived today. We’ll get those on this weekend in preparation for the engine. Leaving the big ticket item for later on.

I think next we’ll grab the throttle cable, sprocket and chain. Followed by the seat and lastly the engine and accessories. 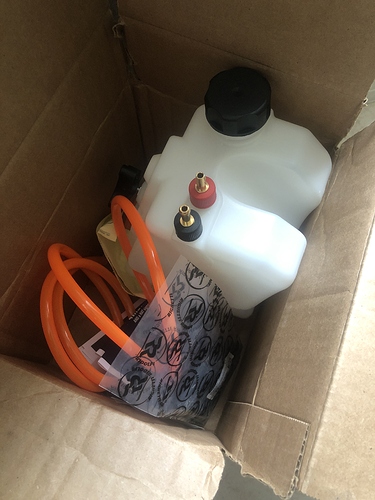 Awesome. Add a black sharpie or the like to tool kit. It’s handy for making a mark on tank for fuel level after practice but before heats. You will eventually need to weigh in after a race and marking weight at a given fuel level will help with guesswork when getting ready for pre and final.

We’re getting ready to buy the engine and came across this listing on eBay. It’s the animal version and has some of the extras on it already so wanted to see what you thought. Is it worth it to go this route or should we just opt for a new LO 206? As always thanks. 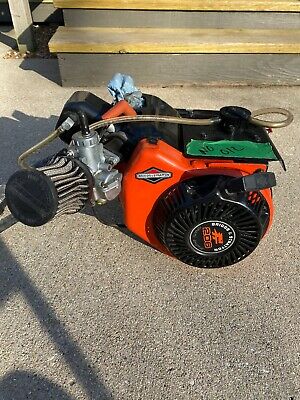 Condition is Used. This is a good use Briggs LO206 engine with a black adult class slide. This motor was ran about 10 races from new and has always had the Briggs 4T oil in it. This is a good used engine that has the silver wire seals and still has a...

Technically all 206s are Animals. The difference is that the 206 is sealed and prettymuch stock. So the 206 is a specific version of the animal if you will.

So that’s a 206 for sale. If you look closely you can see a small black wire wound in the cable of the seal. This is good as it means it’s got the legal seal. Earlier version without this black wire are not legal, but they may be allowed depending on club\series.

At $500 landed to your door, I think the price might be a bit high. Brand new 206 without ancillaries like the one in the listing runs about $600+shipping. You’ll have to factor in the cost of a mount, clutch and chain guard as well.

Wow. Can’t believe it’s been since May. Got a new job and time has flown by. Wanted to give an update though. Our goal was to have the kart ready by my sons 12th bday. Which happens to be Wednesday next week. I just ordered the engine and accessories needed and new tires. Should be here on Friday and I know Ayden will be excited. Only thing missing will be the seat.

We’re all going to go to Orlando Kart Center on Wednesday for him to try some outdoor karting for the first time. Hope to get the seat there also so he can try it out before purchase. There is an autocross event next Saturday so hoping we can make that his first event now that he is old enough. Should be an exciting week.

Awesome. Don’t forget the engine mount, too. Pretty sure that’s a seperate purchase. Hope you guys get on track soon. Sizing the seat is pretty important. You don’t want him flopping around in there as he could bang up a rib. I guess with kids, you probably have to replace seats every year or so since kids grow so much.

Hope to get the seat there also so he can try it out before purchase.

Nice! If you haven’t mounted a Kart Seat before, you may want to have the pros do it. Get it wrong and he will be struggling to get the kart to handle properly. Placement is usually chassis brand specific for height and weight.

Parts came in today. My son was super excited. Hopefully we have some time to work on it tomorrow. 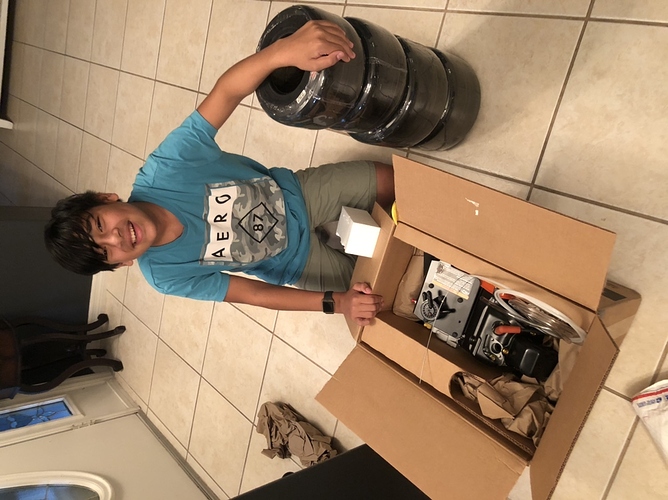 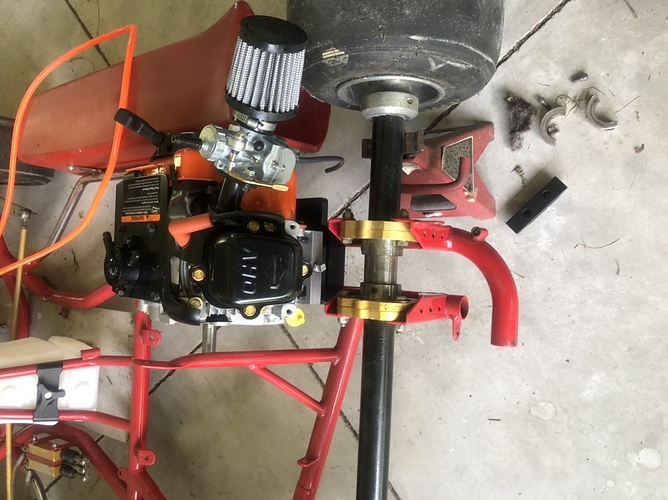 Yep you’ll need to offset the engine to the right as you look at the kart from the rear. You mount may have predrilled holes for this.
It can be a tight fit between the middle bearing carrier and you axle sprocket, but it should work. You’ll have to probably reverse the bolts on the carrier though.