There are some absolutely amazing threads on this forum about a few different aspects of driving. These have been a great resource for myself and I’m sure others.
I am hoping to open up discussion around the art of passing. I would love to hear, what has or hasn’t worked for you? what your favorite way or place to pass at your local track?
Really, any advice you could pass on that you think would help others learn this art. Visuals representations and videos a bonus as some of us are Visual and kinetic learners

I’ll start. Basic pass is always the standard overtake at end of straight.

If you are able to get a better launch out of the previous corner, headed down straight you take the inside position, alongside the other kart on the outside.

The variant of this is using traffic on the straight to create an obstruction to the guy chasing you.

In the scenario above, where you and another guy are headed down straight and there’s slower traffic ahead, think about using that traffic to block the other guy.

While not a direct answer to the question, highly recommend “mock battles” with friends and teammates in test days.

Mock battles are great. Until it comes to race day and its the two of you battling for the lead. It got to a point where the two of us couldn’t pass each other since we had so many laps attempting to do it in practice. However it made a great show for everyone else to watch.

It also helped me learn patience in passing, know that I have to setup each corner for a pass in case the guy in front makes a small mistake vs waiting for the end of the straight and just ramming them in the back if they do make a mistake. Last weekend it took me 14 laps to pass the leader, it wasn’t a normal passing spot but he made a small bobble and I got my nose in.

the two of you battling for the lead

Thanks for the input everyone! For myself I am having trouble with the whole patience part. I usually try to create an opportunity in a bad place to pass. So, waiting for a mistake and pouncing is something I’m going to have to work on. Another barrier for myself is my lack of consistency. Due to my newness, I am just as likely to make a mistake as the guy I’m trying to pass.

Two things to keep in mind.

Passing is part speed, part discipline, and part strategy. It is harder than going fast and takes time to learn.

Do not push it. Diving in at the end out of desperation will just end up putting you on your lid. I speak from experience.

Like said above, passing as much about reading the behavior of the karts in front, as it is about speed.

If you can time a pass, so you can overtake coming out of a corner, that’s easier than making a move under the brakes.

If you can read the behavior of the guy in front, you set yourself up for when you have the advantage.

Passing it as much about waiting to set up an attack, rather than constantly keeping the lead driver on his toes, always ready to defend from you.

It’s an art, as much as a science, with countless scenarios.

Epic driving! I’m not sure if I have anyone I can practice mock battles with as I’m currently just doing a rental league atm. Just so I understand, you make a pass and then let the teammate back through so you can try again?

I have been doing only rental league lately. Last race I had battles in heats on a track that was hard to pass on. In one I could catch a guy easily but had a time passing him. Some of that was my kart seemed short on top end in two heats. In one heat the guy was hard to time coming through a tight section. I was either too far when he had a decent run through it couldn’t get a run on him close enough to matter. Or too close when he didn’t go well. I’d catch him too early before the chicane and be at the same speed as him on his bumper. I ended up have to time out more corners and was probably a 4 lap ordeal to get by, changing up tactics as I went. He was a good guy to race with and will be a force to reckon with in the future. I view a pass as a 3 corner minimum event. If not I can get repassed immediately.

Some of it depends on the guy you are passing. I had one guy that I had the classic pass on and he turned in to me before braking. I think he was inexperienced and panic of making the corner set in. I apologized to him after as I was the overtaking kart even though it was arguably his fault. I do feel it is important to own the mistake. My fault in the the matter was it on me to a degree that I attempted to pass a newb that didn’t get it. It also let’s the newb know we (some of us in rentals) aren’t about crashing one another.

Arrive and drive give plenty of passing experience but no real battles, more blasting past guy DIW - dead in the water. Last A&D I was 2.2 seconds a lap faster than P2 and had 2 or 3 laps on them in session 1. Session 2 I was .997 seconds a lap faster and 1 lap on P2. I am not the fastest in A&D but pretty high up there. Weight is a factor but generally it is due to a lot of clueless folks just having fun. If anyone serious about driving shows up the gap shrinks a bunch. Sometimes it inverts.
Looking ahead is a skill. When driving solo. When driving in traffic. When passing. If you are looking ahead it helps you observe the next guy you are catching and you have a better feel for what he is doing. You start seeing where he is faster or slower. You see where he is trying different things or sticking with one thing. Timing it becomes a bit easier. Not fixating on the wrong things is a skill. You have to look around, past, over or through the guy in front.

Another thing I have found is I never battle a driver or group if I am obviously slower. I get a better look at what they are doing if I let them through and follow as best as I can.

Mock battles will probably be hard to do in rental league or A&D. Practice is short in leagues and A&D has too many strangers. It’s more of a TnT day thing or even better just you two out.
You can still try though. You can do the pass/repass thing. If by yourself you just change up your line & use up less track. Vary up where you turn in or apex. Practice braking on it’s own.

You can not be faster down the straight if you follow them through the corner. If you find a corner that you are faster than the guy in front of you, then back up. Allow just enough distance that you catch them coming out of corner.

I hope people listen to you! I remember the day, and the turn, where I 1st discovered this. It was 1973, Newman California, Mc 91 heavy class. It surprised me to see someone explain the technique so precisely. It was just exactly how I remember it.

I can not remember the exact corner, but I do remember the aha moment. It definitely felt like an awakening. Then the challenge was, and is figuring out how far back was the right amount. I still find myself underestimating.

Another skill is learning how to gear your kart to have a tall enough gear to be able to roll by people, while keeping up a good mid-corner speed.

I spent a good part of this season learning how small of a rear gear I could get away with, so that I didn’t hit the limiter too soon down a straight and couldn’t pass. Or pass at the beginning of the straight, only to be re-passed by the end of it.

Thanks for all this information Mike. I might be able to practice some of this with my wife as she often comes with me when I use A&D session as practice. At the track where I do my racing they have a ‘Pull Aside’ sign for slower drivers. It’s great for having others not get in the way, but, does make it hard to practice these moves.
I next time if it’s just me and the wife I will see if I can start thinking longer term for the corners and setting up passes.

If ya really want to practice infinite passing, sim is perfect for that

Start race, pass them all. Pit. Do it again.

So let’s discuss momentum and passing a bit. As you guys can see, in my first race, I was bogged down a lot behind slower drivers and really clueless about what to do about it. I was braking super early and lifting and generally going 2-3 secs a lap slower than I’d like. I have been watching the video of a really good driver and it appears they go about passing in a very aggressive way. Once he gets momentum he keeps it. Two wheels on the grass? No problem, inside kamikaze, no problem. He gets…

Here’s a good topic on the subject. 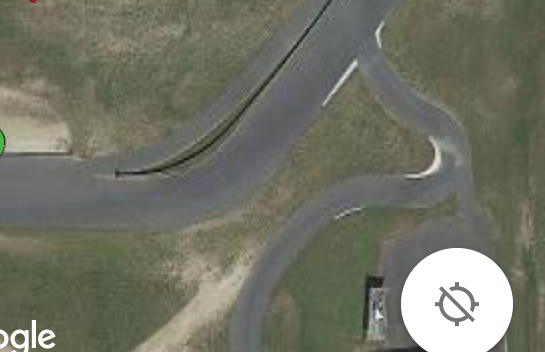 at Canaan there is a sharp right gander after a high speed left handed. People tend to slow down more to stay inside the left handed to setup for the right hander. All you have to do is stick with them and than go wide with more speed. Boom you are on the inside for the next turn and there is nothing they can do. 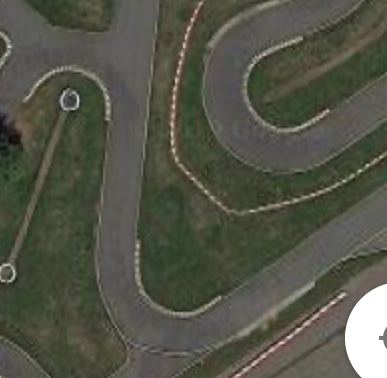 people take this right hander and go all the way wide but turn hard to the outside for the next left hander. If you are right behind them stay inside and when they move to the outside you will gain enough space to pass them

When you start racing with equal talent, and if you ever get to the point of getting everything out of your Kart, you’ll find it is nearly impossible to pass on the exit of a corner unless the competitor is massively blocking. You may pass further down the straight if the draft Comes into play.

Most passing in karts is done on corner entry. It is almost nothing more than a race to the apex. Keep it that simple and see if that helps you.

Having a partner to practice with is a great thing.