I’ll kick it off.

1996 Phantom Stalker
Purchased used from P&P Speed Shop in 2000 to run at Orange Country Raceway (Rougemont, NC)
Pretty sure the frame is still in the crawl space under my parents’ house 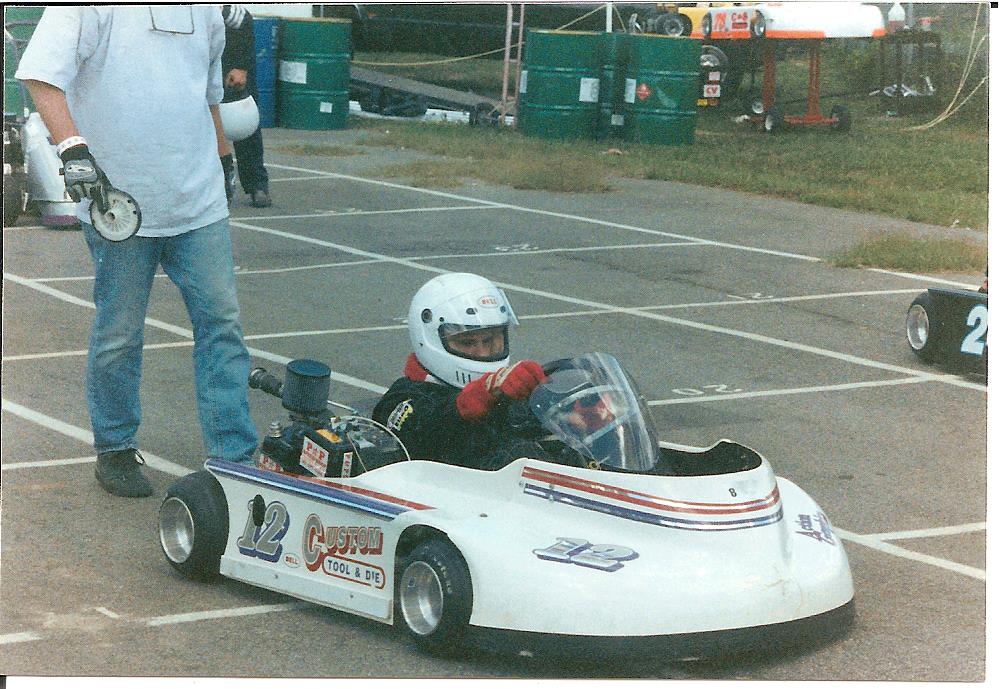 Equipped with big number plates and kinky leathers as required for “Long Circuit” racing in Ireland. 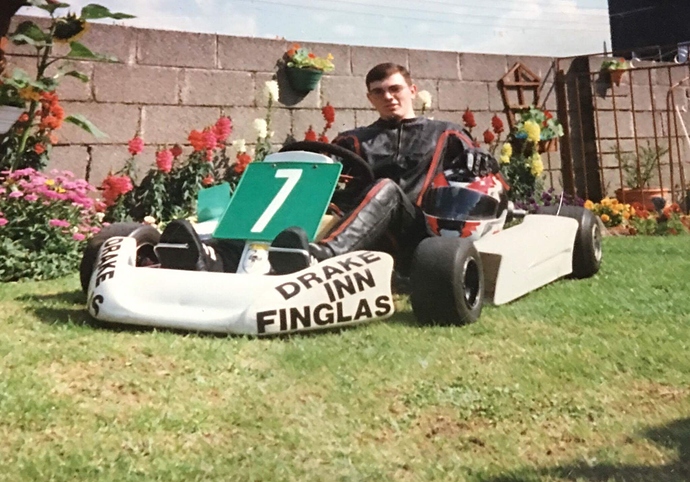 2007 Intrepid Cruiser which was a World Formula. 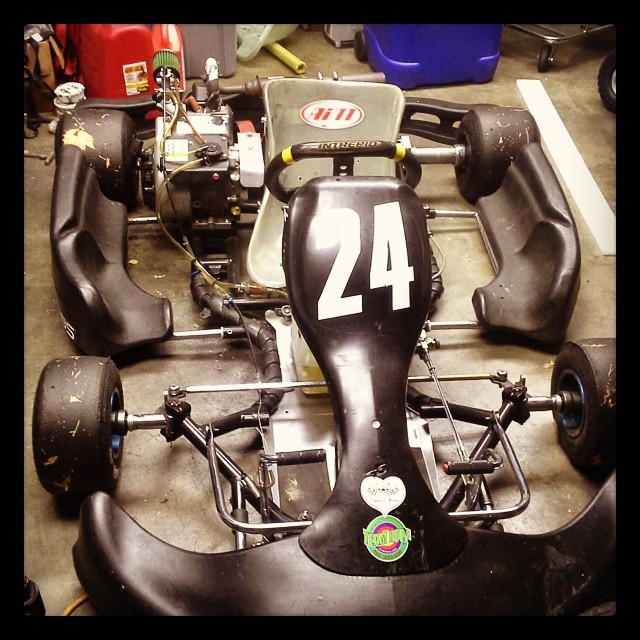 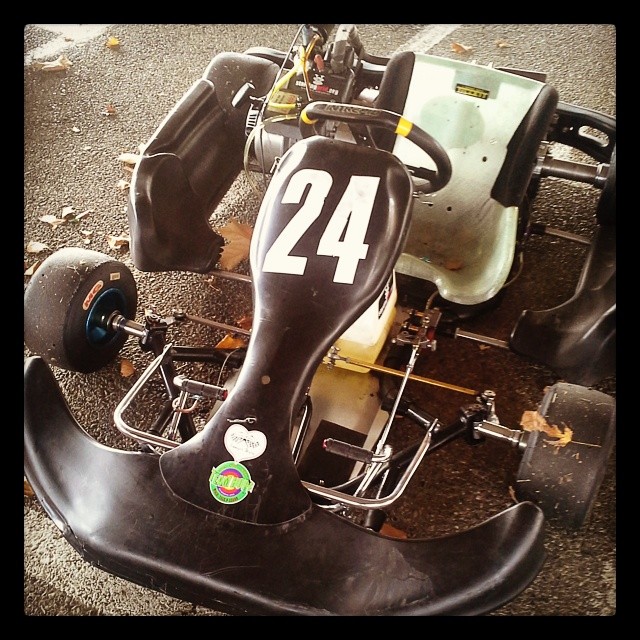 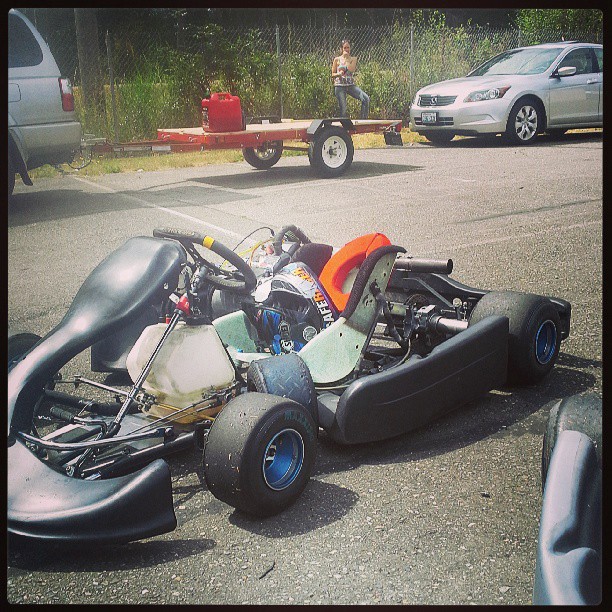 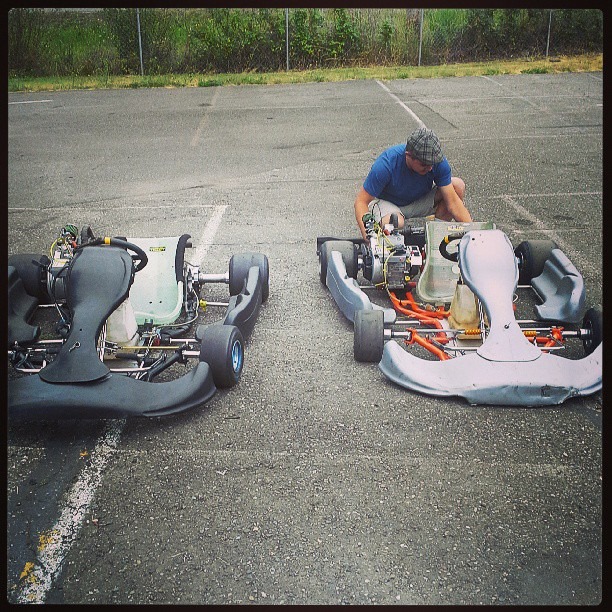 2004 Haase Monte Carlo. Bought back in 2014 and it was a fun first kart. I got bored of black bodywork, so duct tape was my only solution! 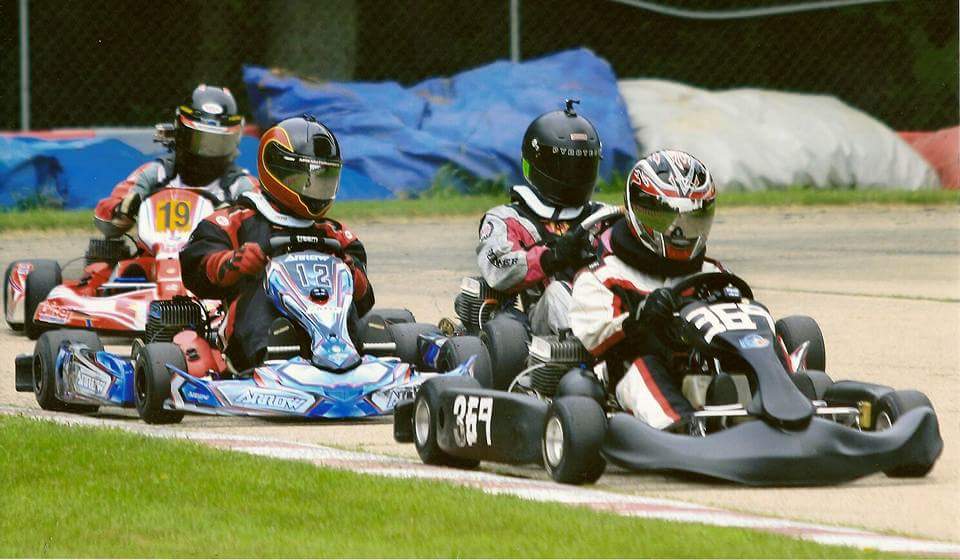 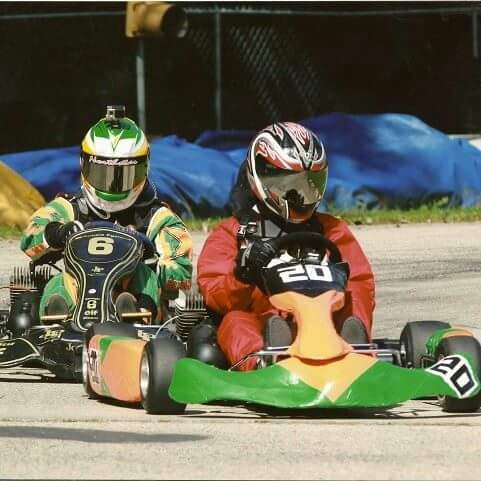 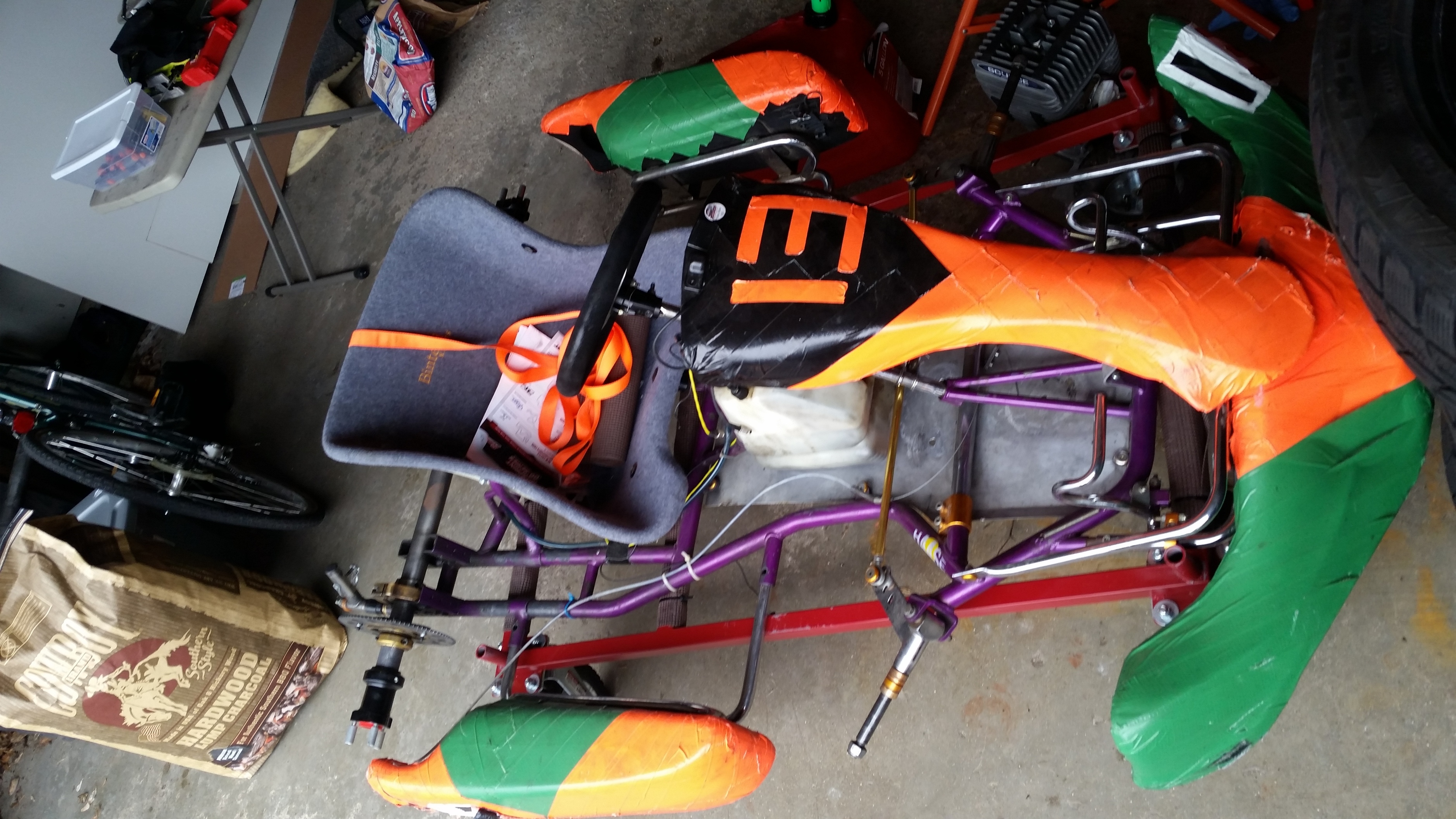 My dad now wants to use it as a chassis for him to try racing in. That’ll be a fun day.

That is also my first kart. But with a Leopard.

And my daughters is a CRG Hero. 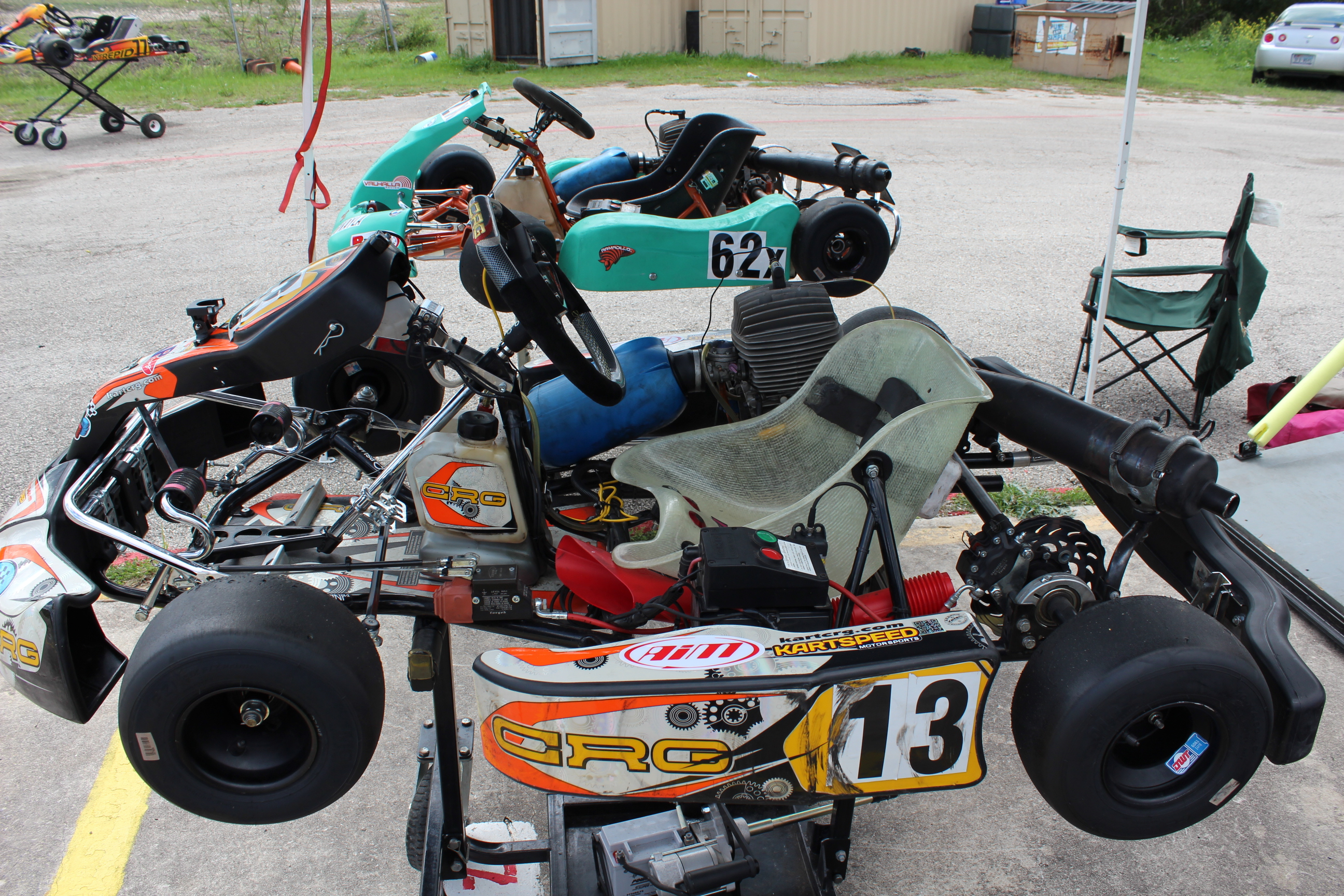 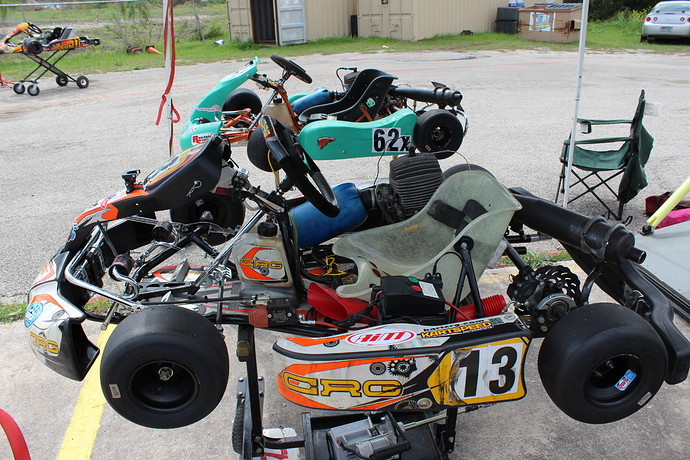 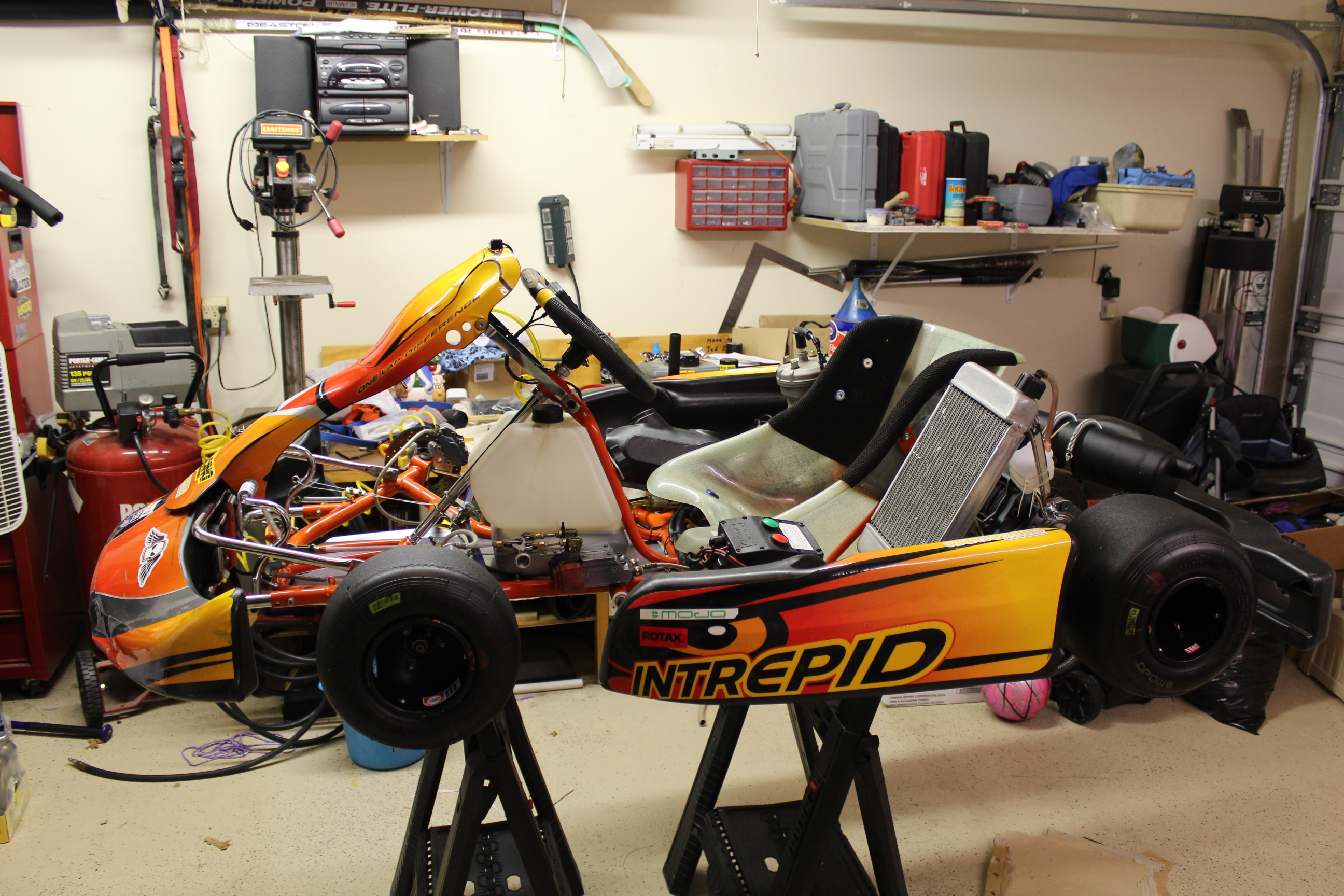 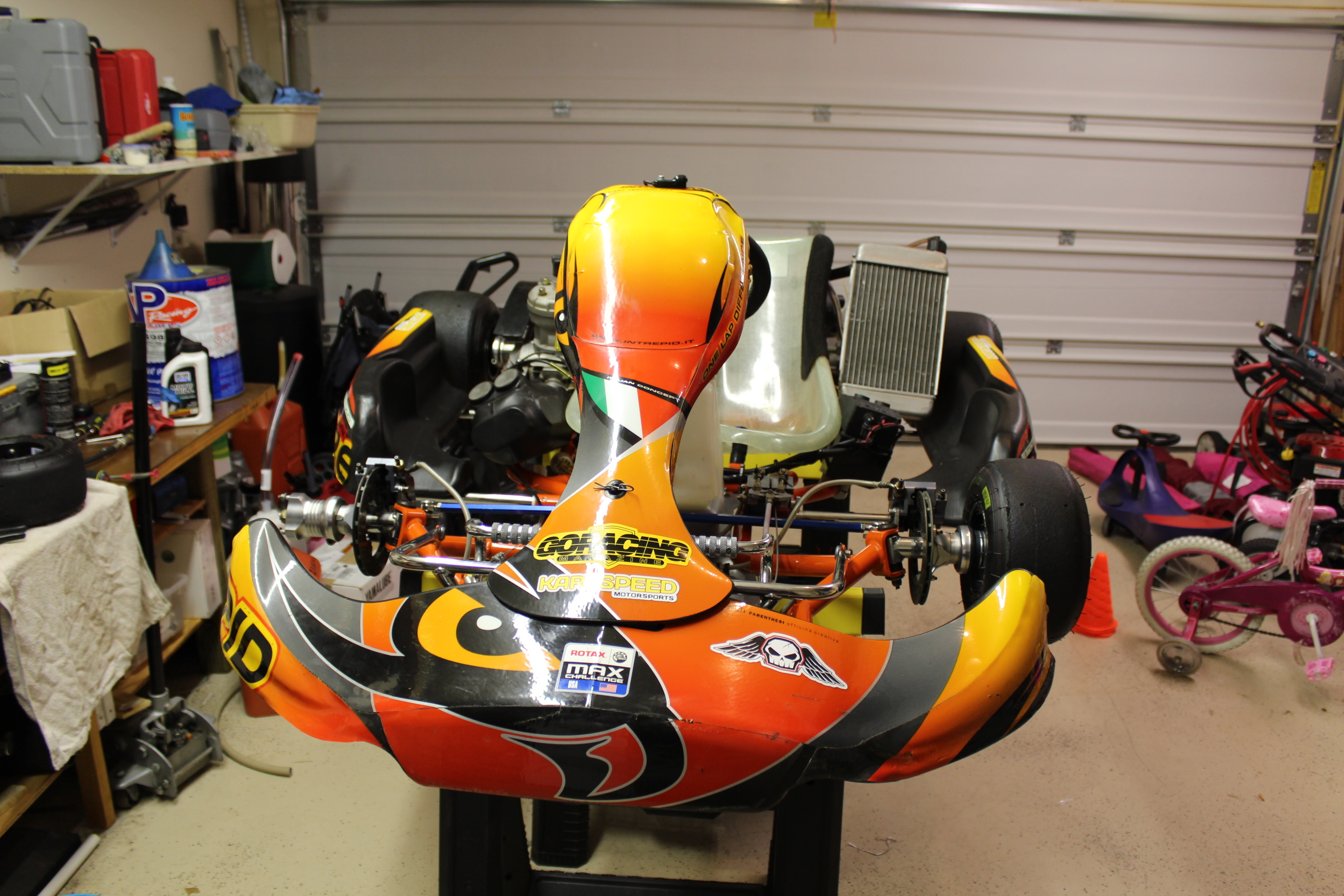 Technically my first new kart, a raging Jnr TKM Vixen kart in 1999 (I actually started in 98 but i can’t find a picture). Rocking a classy wet suit (and rubber gloves) and proof that it wasn’t just the current nosecones that were used to push people out of the way. 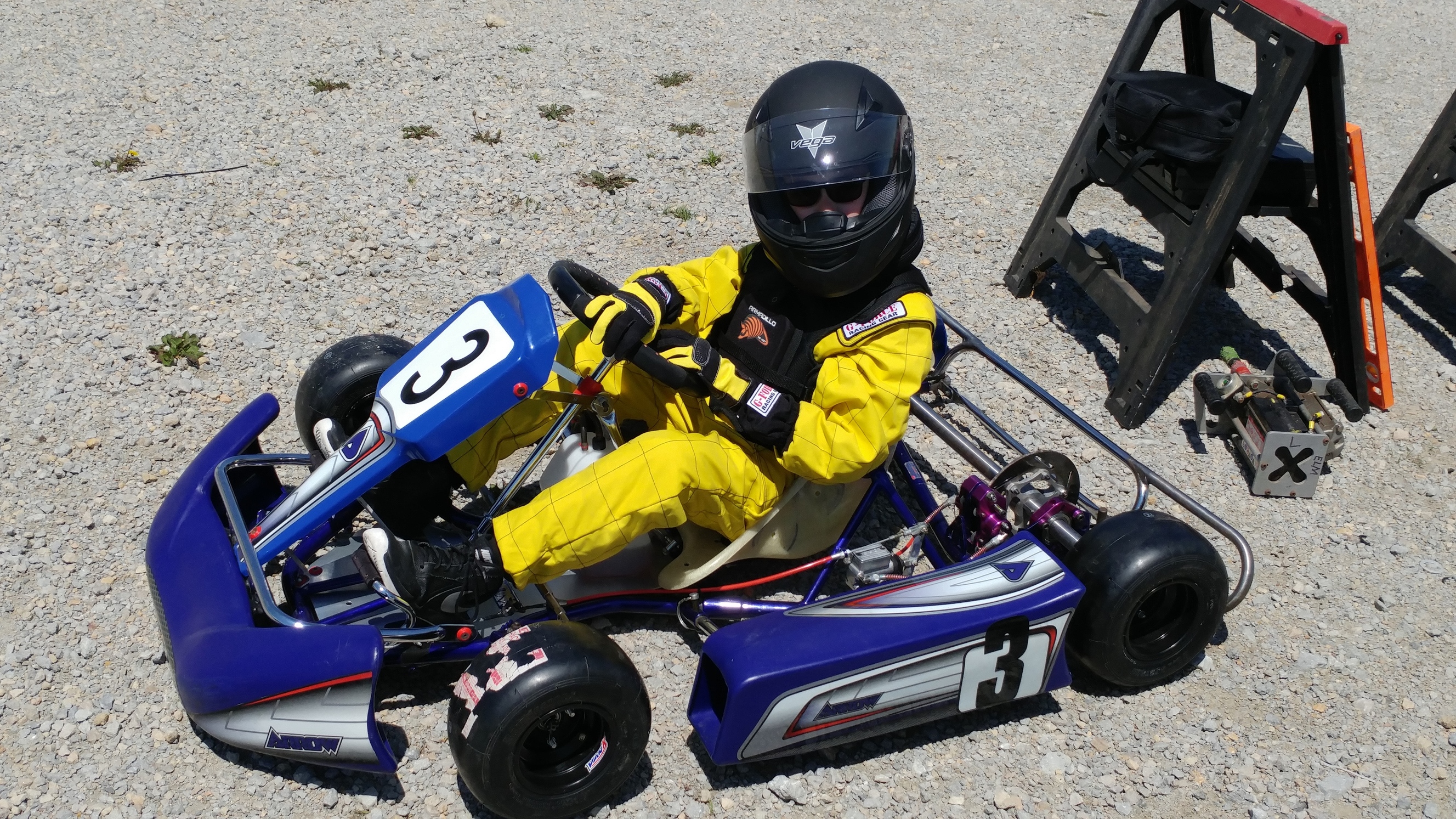 My son’s first kart. I can’t wait to get him up to speed so I can get one too. I’ve worked on project cars and race cars most of my adult life, karts are more fun in my humble opinion.

Here’s my first three karts. After racing hire karts for many years I had the opportunity to buy several ex-hire karts which gave me frames, parts and spare engines. 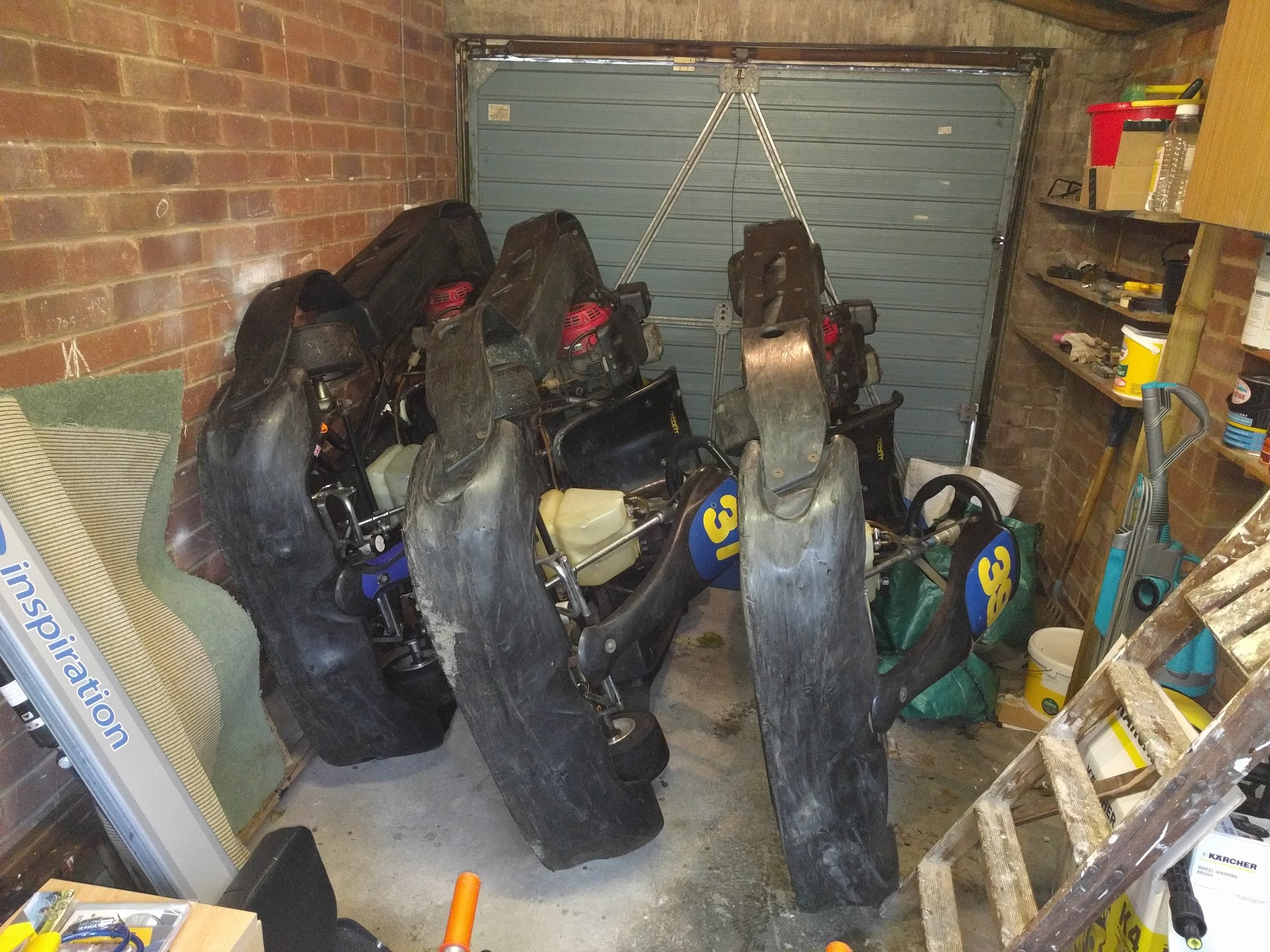 Several months later and replacing nearly every piece this is what one of karts looks like on its inaugural run. 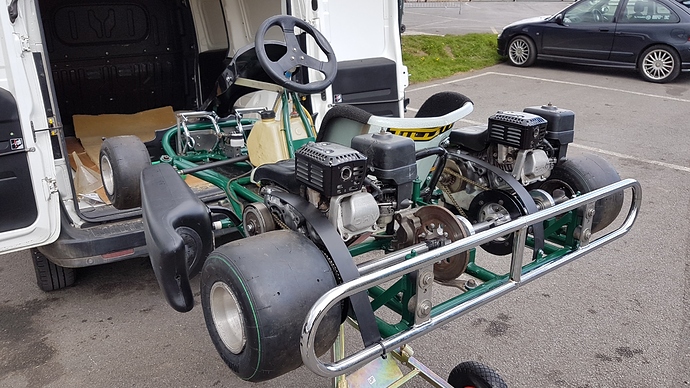 Currently it is about 11kg overweight but there is not a lot we can do about that since most of that weight is in the corporate frame. We are pretty much resigned to running the British 24H at ~200kg.

We will probably sell this (or the near identical spare) so we can get a decent frame for next year. 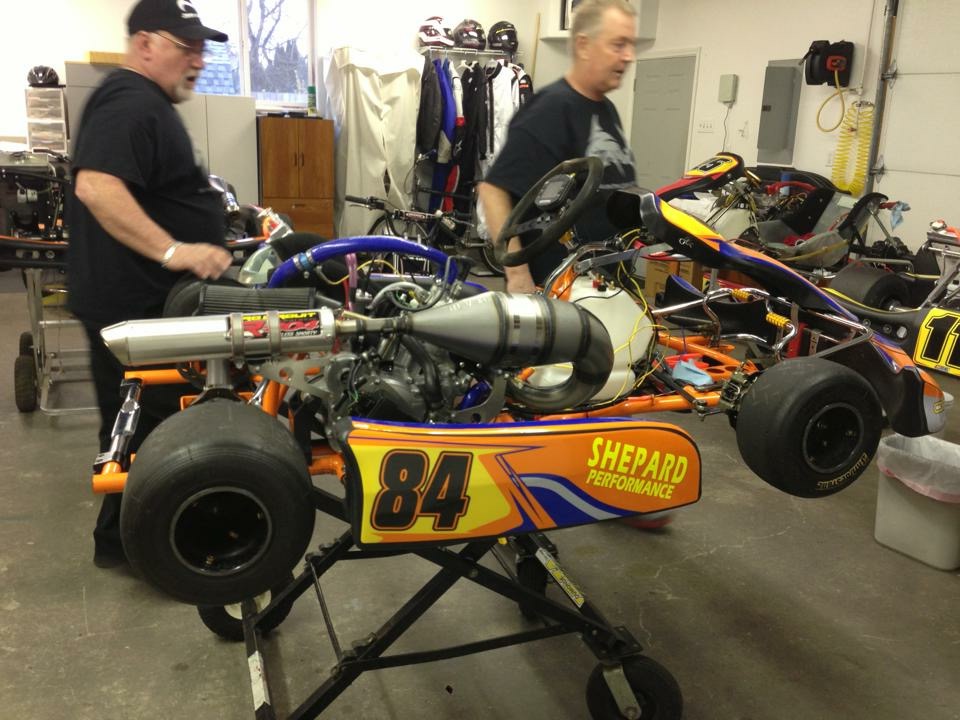 Coyote, not sure of the exact year… It was chopped and shortened so it pretty much decimated the Rookie class at the club. Had been around for like 10 years when I got it in 2002, passed on to many successful sportsman drivers. Definitely not legal for anything but club racing!

Why does the photo look like the 80s? Are you actually in your late 30’s?

I knew that @tjkoyen’s facial hair gave away his extended age. He probably has kids as well… 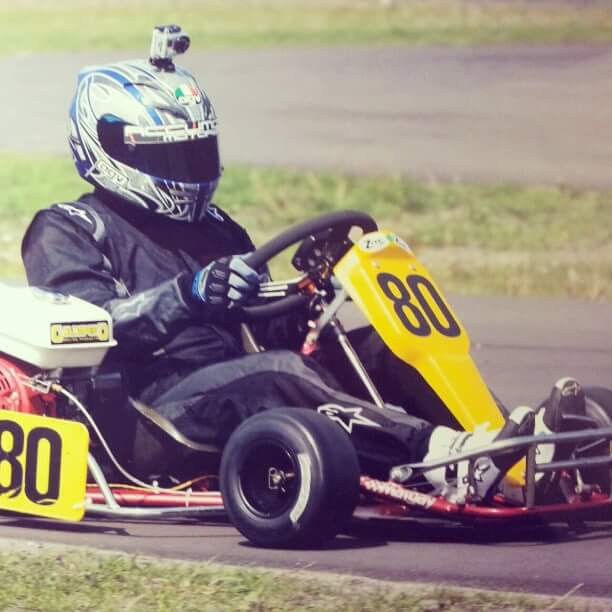 2008 GP Racing shifter kart, new to me this year. Honda cr80rb engine for this season, and maybe a new KTM 125 2-stroke engine for next year. 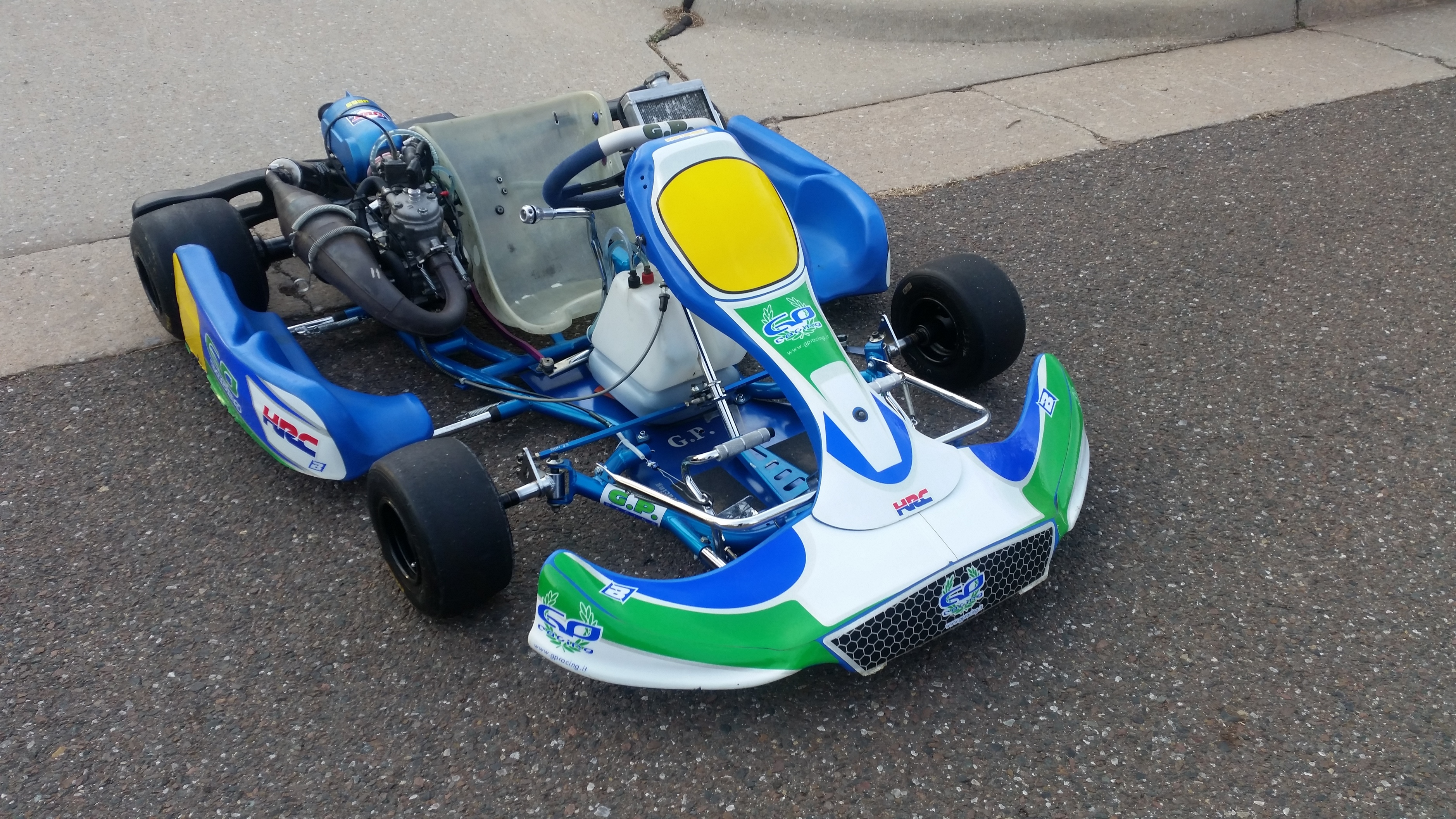 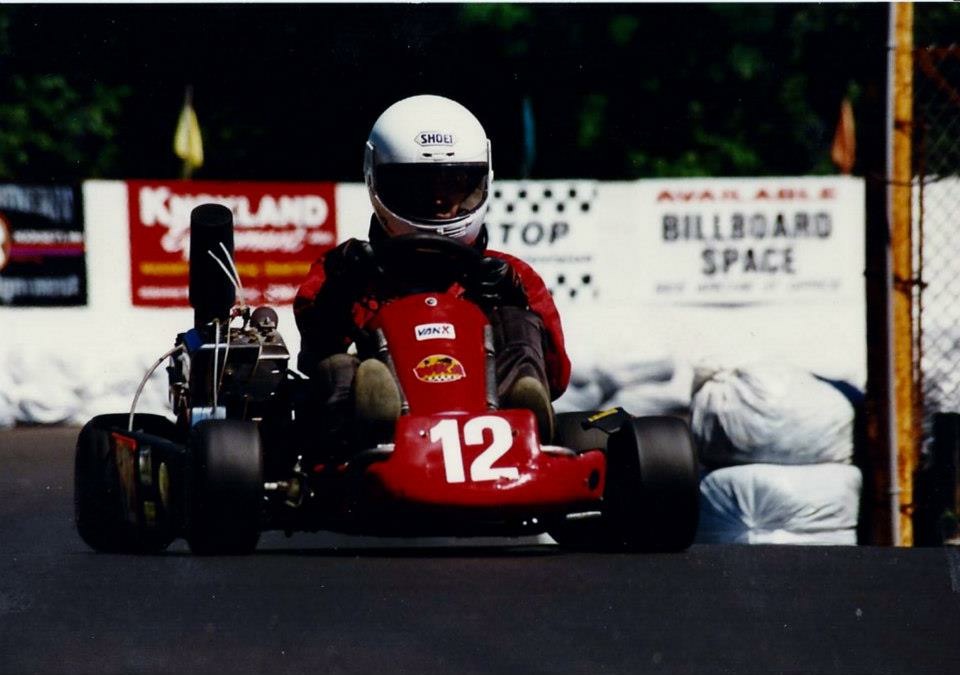 What series is running 80s?

I run with the other 125’s and sometimes TAGs at the Tulsa Kart Club. Last club race there was just one of each (I had to miss, darn). Sometimes the KART club shows up and shifters will get their own race.

This year is for learning, as I’m new to karting (at 51). Hey, car racing is just too expensive with kids in college, so this is mainly for cheap fun, and it is both! Being heavy (about 450 with kart and driver) and “underpowered”, my goal this season is to not spin or get lapped during a race, and pick up those easy 3rd places.

Oh ok. That’s great though. I know how u feel. Ran 80s 16years ago in the skusa pro tour. Just got back into it with a 08 energy kart with a tag. I race in Phoenix pkra club 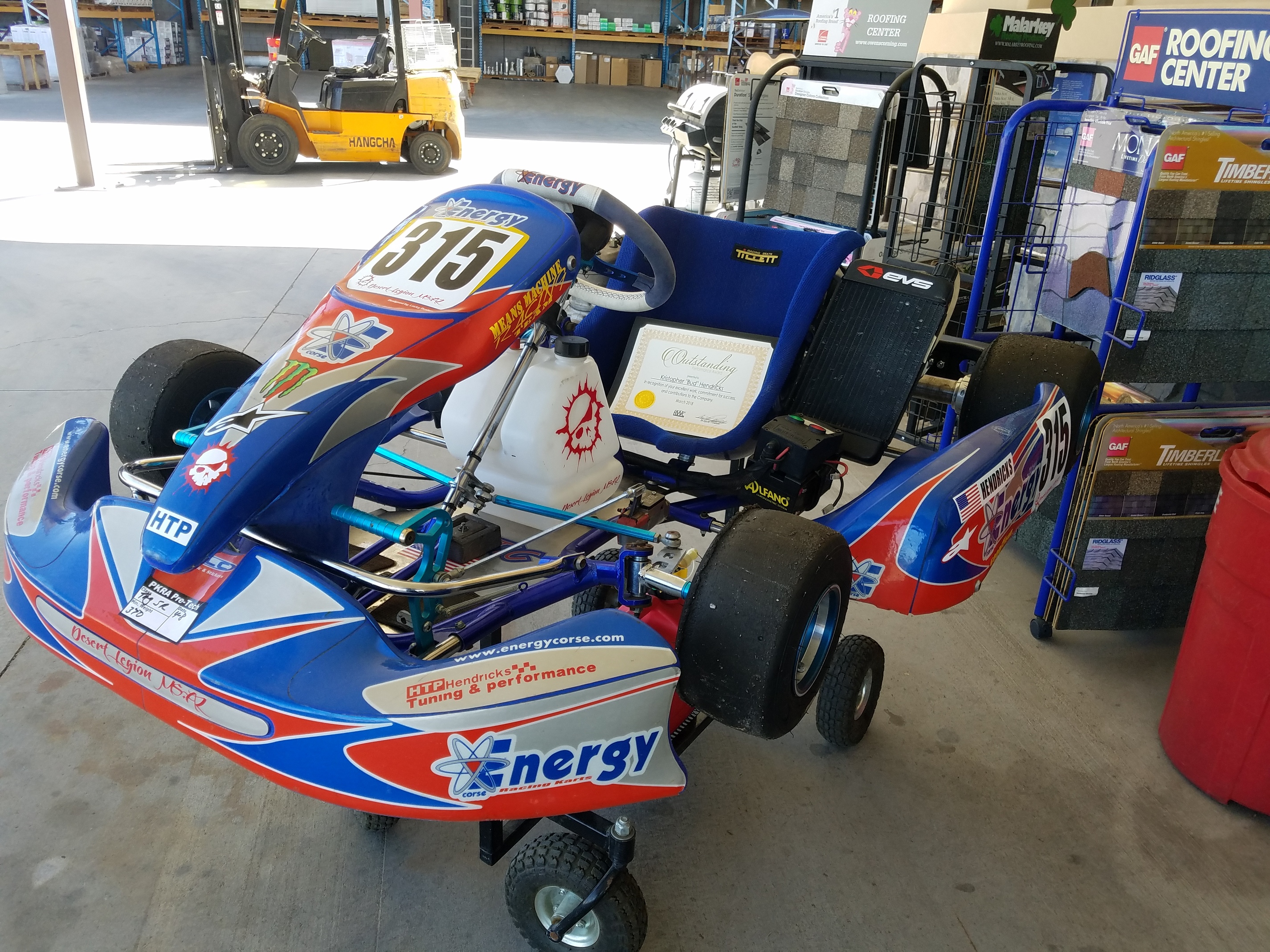 Since I name all my vehicles, I name this one is named Fiona. This is as I got it and a practice day last fall. It’s a 2015 Maragat Ingnite K3, and I’m the second owner. Can’t wait to get out and go racing for the first with it this year. 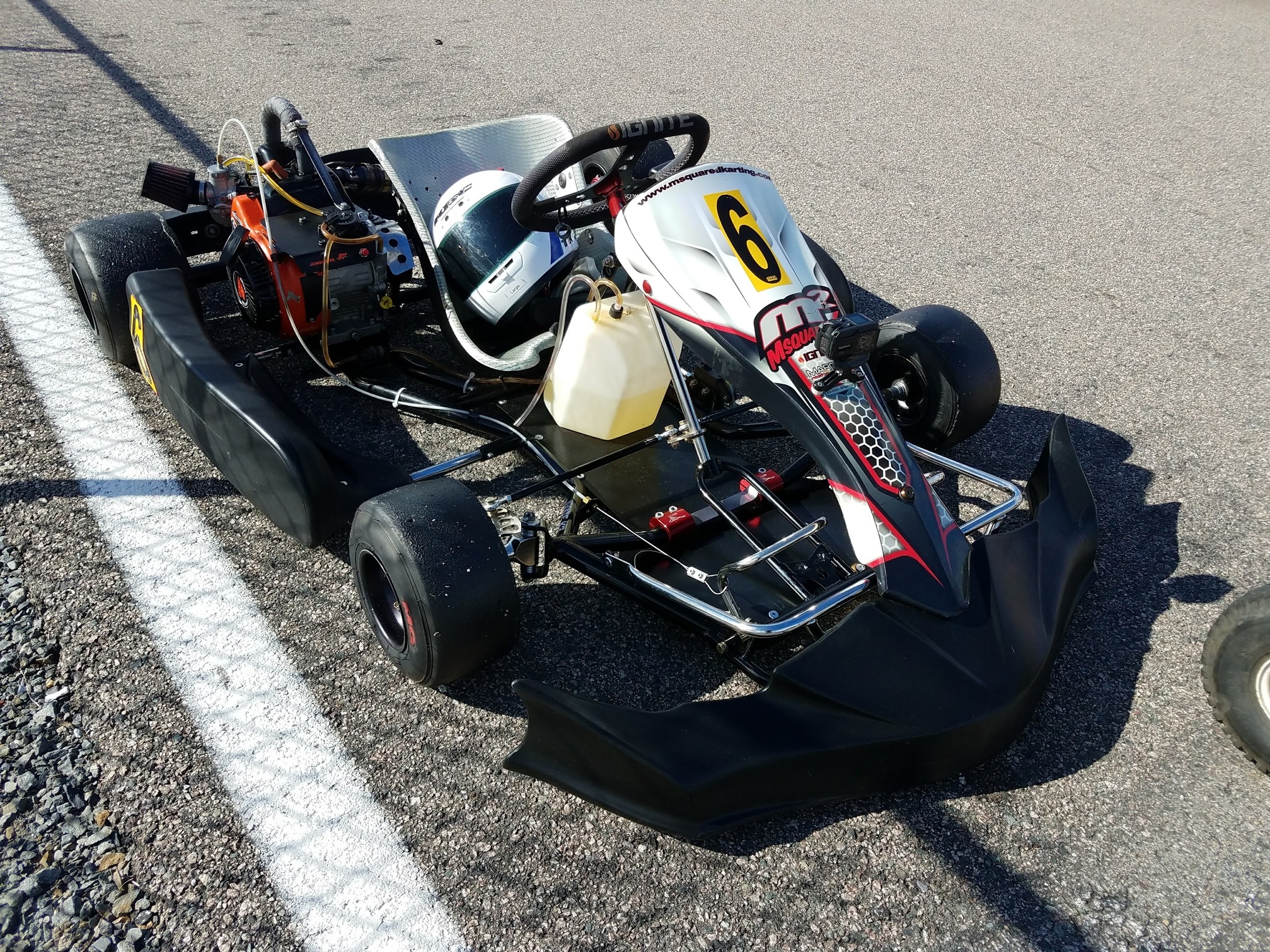