There is a thread on this but it’s several years old so I thought I would make a new one because this is a little different. I have a cushion in the back of my seat to cover many weight bolts that kill me on longer races. I’ve heard you want to be set all the way back in the seat and be sort of solid. Will the cushion effect the karts handling. 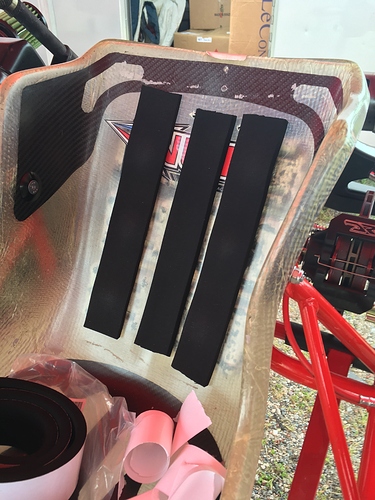 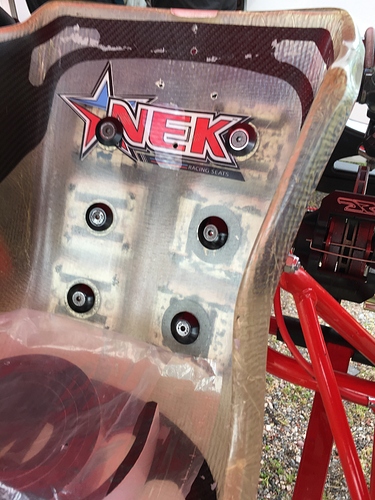 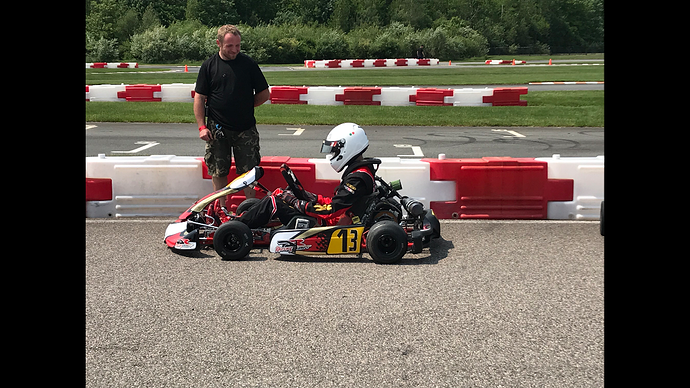 Zero serious karting experience guy here. As far as I know, that won´t affect anything. I don´t see how it will affect it at the end, it pushes you just a centimeter or two forward. I don´t see this as some major change really. It can only help you remove pain in your back and improve your concentration that was “maybe” lost to all that pain and lack of comfort you felt on longer races.

Did you mean something else? Sorry if this is not what you meant by this post.

Not a big deal at all. I run with a similar amount of padding in the back since I hurt my ribs several years ago, and there’s been no effects on handling.

no thats good, thanks. Im pretty new also. I was definitely in serious pain before.

Than ill definitely keep it. thanks.

Sort of a long shot but you could look at the ribtect flush mounting hardware for your lead and stuff. Might help.

I think Im gonna try the NEK flush mounts. I’ll be able to get those pretty cheaply since my tent team is partnered with them. I love the NEk seats also because of the leg supports. Im still trying to figure out driving posture.

I’m terms of posture should I have my shoulders further back? Is it any real difference? 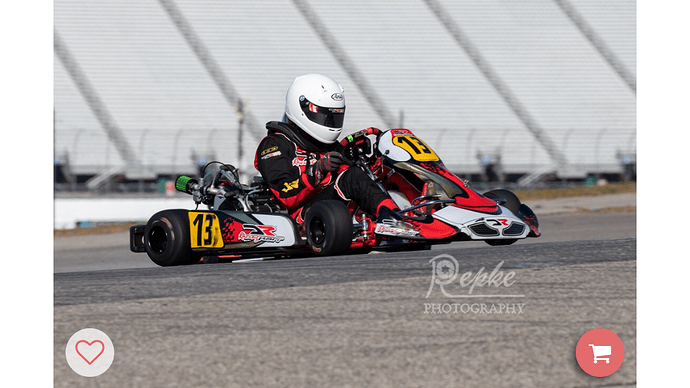 Yes. From what I have heard Alan Rudolph say, sit back in the seat with a slight elbow bend. 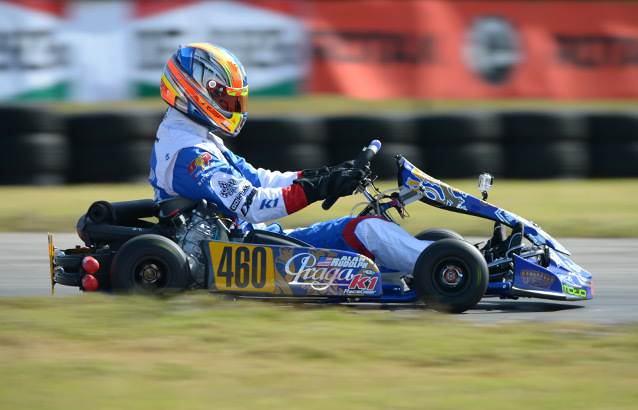 I have an oddly proportioned body. Super long arms and legs. So my arms are always going to be pretty bent. But I’ll try pushing back in the steering wheel and putting my shoulders back.

Also feel free anyone to move this to another thread

Just looks like you’re tall and have to do what is needed to fit. There’s a guy that races at our track, and is fairly successful, he looks like he’s always bent over the steering wheel.

Ok. Thanks for the help

Imo it does seem like your sitting pretty up right.

If I were coaching you I would say yes. The kart works by transferring weight through the seat/seat struts. If your shoulders aren’t back in the seat, pressing on the seat where the struts are, you aren’t putting the load through the seat correctly.

Look at the 54 kart in your photo. He’s back in the seat, with his outer arm straight, creating a much more direct/firm link through the seat.

Would just fixing my posture (shoulders back, pushing on wheel) help? or do you think a seat change would be also helpful.

It depends if you’re chasing a chronic handling issue. If the seat is working fine, then I wouldn’t change it. Posture is a huge part of a kart’s handling though, so I always try to preach better posture.

A different seat might help make you more comfortable though. It looks like you’re pretty scrunched up in there. They make different angles and sizes of Tillett seats to lean a driver back more if that’s something you think you need.

I’m like you. Long torso. I too am hunched over. I cannot, through force of will, make any real changes. I did get a deepseat though and that helped me with pain.

Its my first year, so im not quite sure yet if there are any major handling issues or what that would feel like. my arms are a bit scrunched but my body feels fine. ill try leaning back more and see how that changes things. Are there obvious signs of handling issues for wrong postures?