Yesterday I was done fitting the new pipe to this thing. Took a step back and realized… This project might actually be complete. After only a few years, it’s done and finished. Here’s a crappy teaser pic: 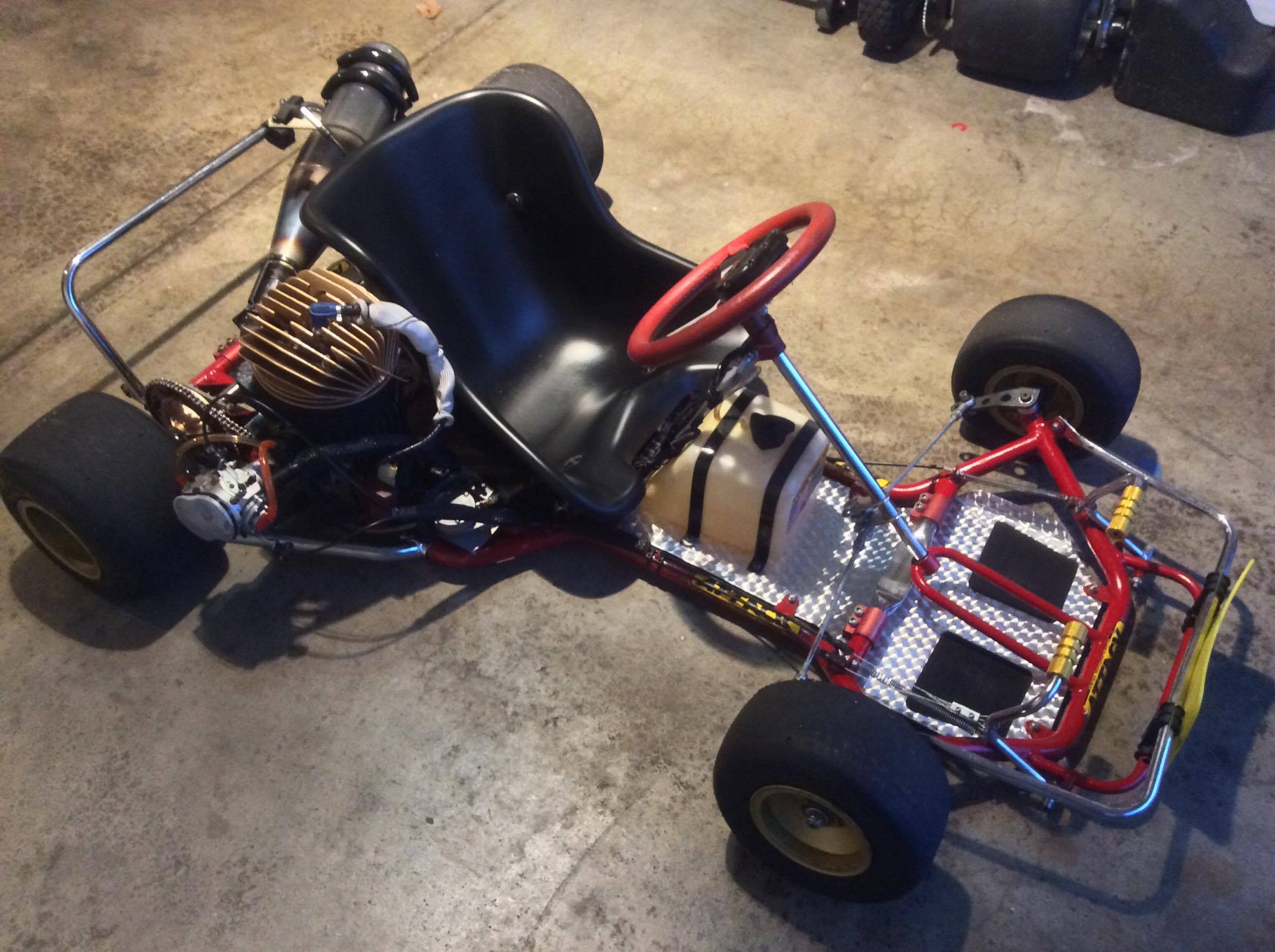 I mean, like any good motor-powered project that required extensive fabrication, you can never REALLY call it done. I do feel like I’ve achieved the vision I had set for the project, time to collect spares and to drive the thing.

With the project complete, I’ll be posting here on how it came to be. In the mean time here are the specs: 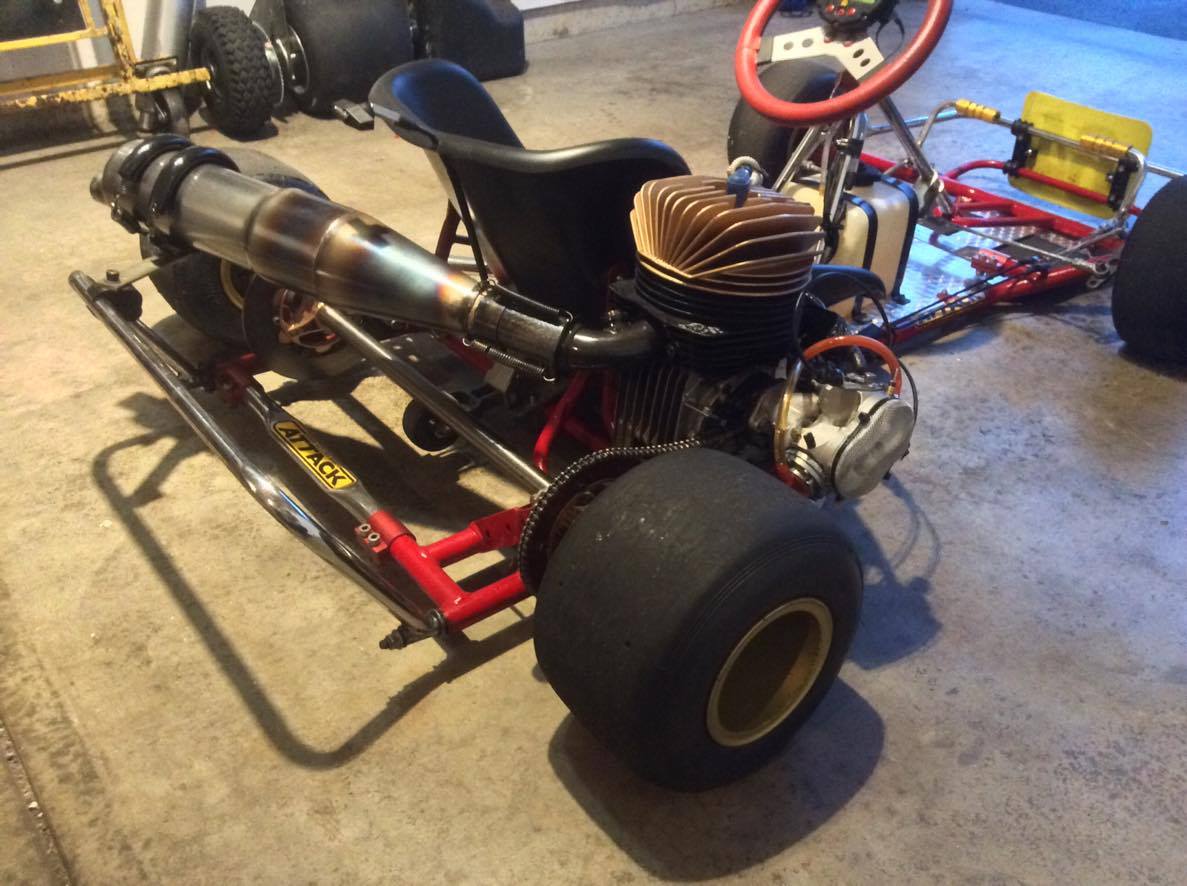 Much power.
Little weight.
Many speed. 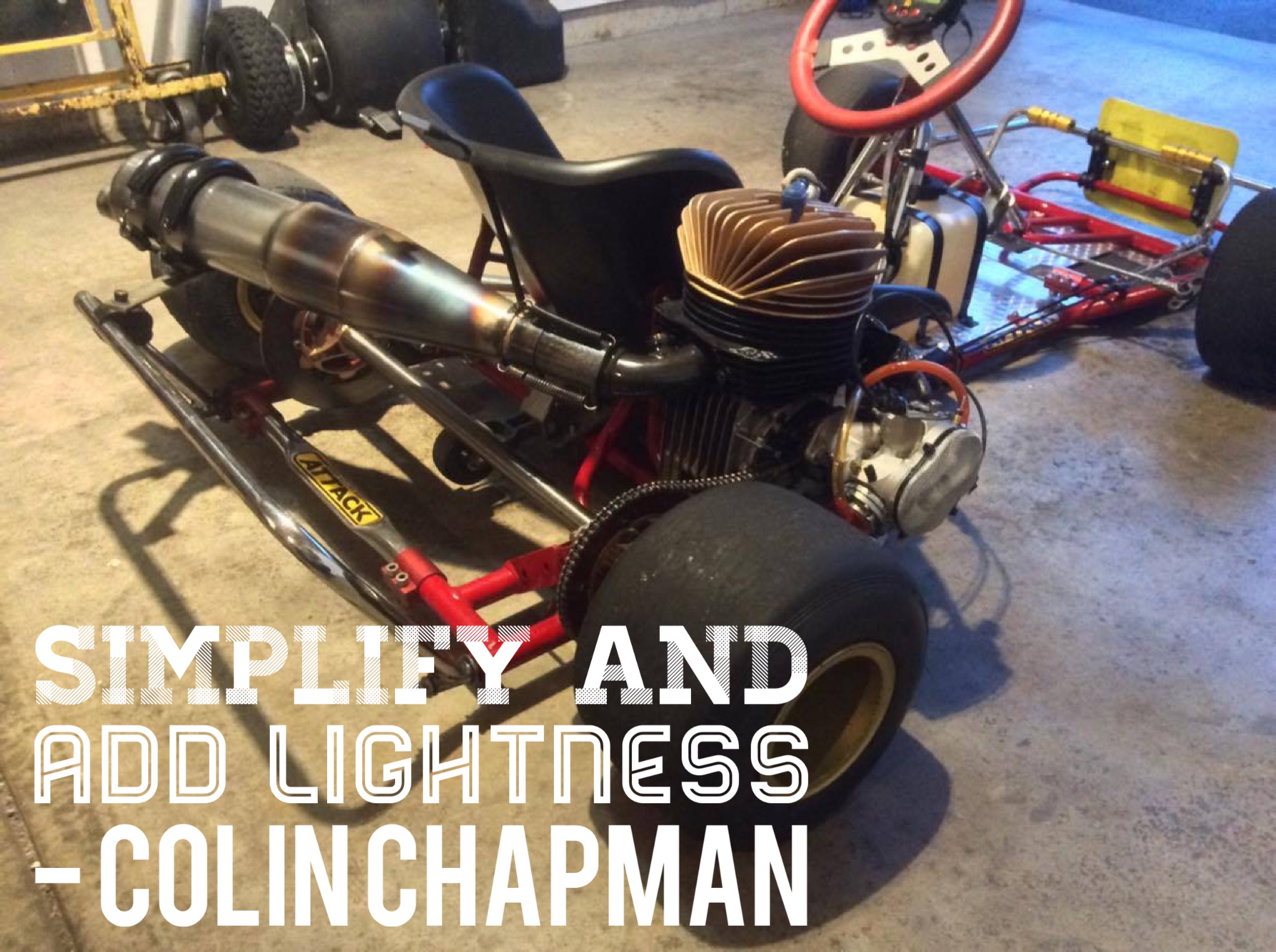 Much power.
Little weight.
Many speed.

Dude, I love that. I’m printing and framing it.
Also, complete kart minus driver and fuel weighs exactly 100 lbs.

Thank you for all the likes, guys. If anyone wants to see this thing in person, It’ll be at the kart & minibike show at the Polk-a-Dot Drive-In in Braidwood IL this Saturday, 05/20. 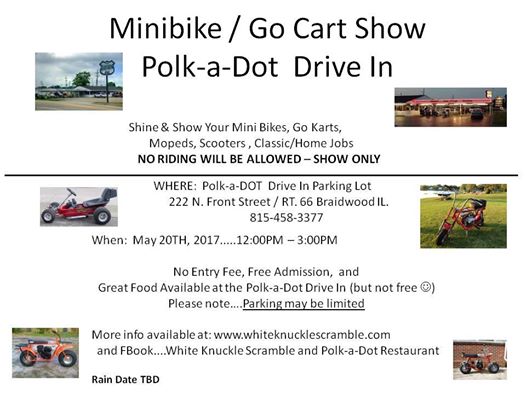 If you guys want to see it racing (perhaps take it for a few laps?) It’ll be at the Concept Haulers Motor Speedway block party on 05/27…And also at the event it was built for (the White Knuckle Scramble http://www.whiteknucklescramble.com/) on 06/24 but I can’t let you drive it then.

Thats cool, I had always thought the first torsion bar was a topkart in the early 90’s (91?) with the ozzy driver who’s name escapes me.

Thats cool, I had always thought the first torsion bar was a topkart in the early 90’s (91?) with the ozzy driver who’s name escapes me.

He was the driver, but I had believed he raced for TopKart in europe for a bit and introduced the front torsion bar. Maybe it was early 80’s. 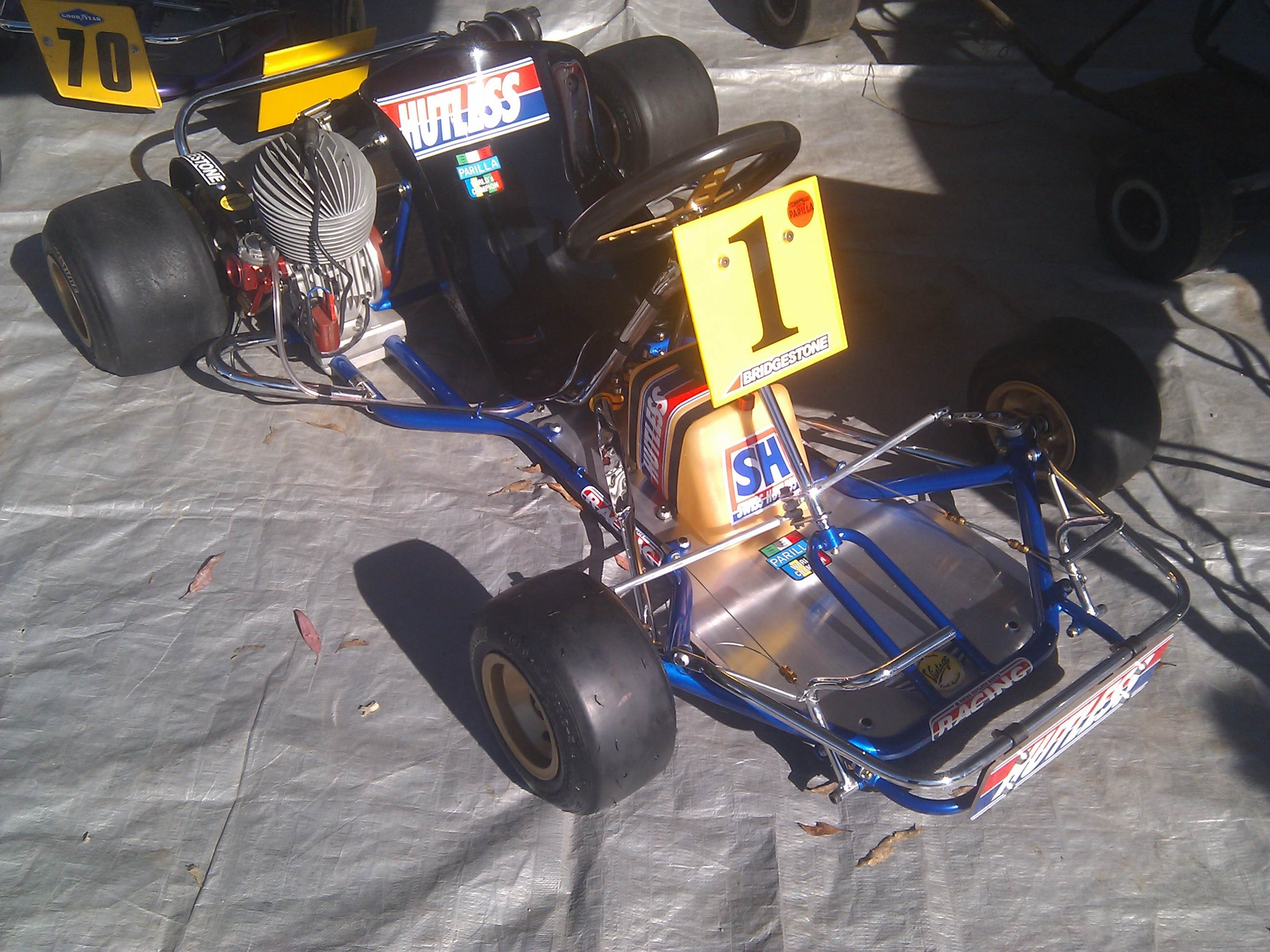 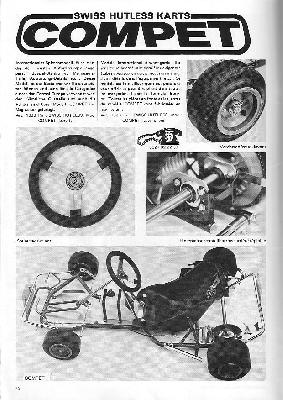 Compared to another Attack: 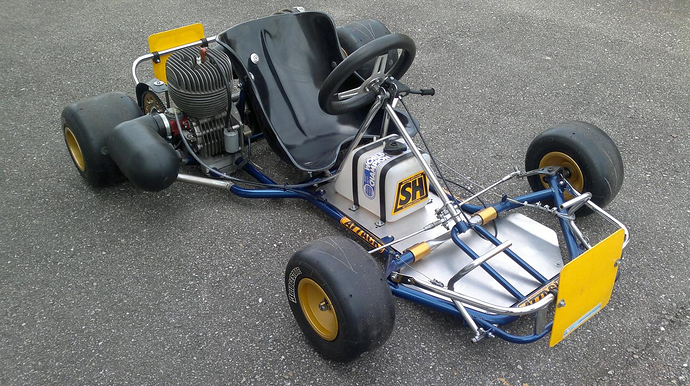 The mystery continues. Maybe you have a special works prototype.

The mystery continues. Maybe you have a special works prototype.

… Possibly? I know there were other Attacks made and I think all Attacks have that front torsion bar setup, although they probably made a lot less Attacks then other models. The only other real Attack I’ve seen in modern pictures is that blue one.

It seems like SH was playing with front torsion setups in the early 80’s considering the Racing had it’s own (weird) solution.

Oh, this is cool. I will be following this thread with interest.

OK, taking it from the beginning. This is the earliest picture I have of my favorite frame.
Kart in a box: 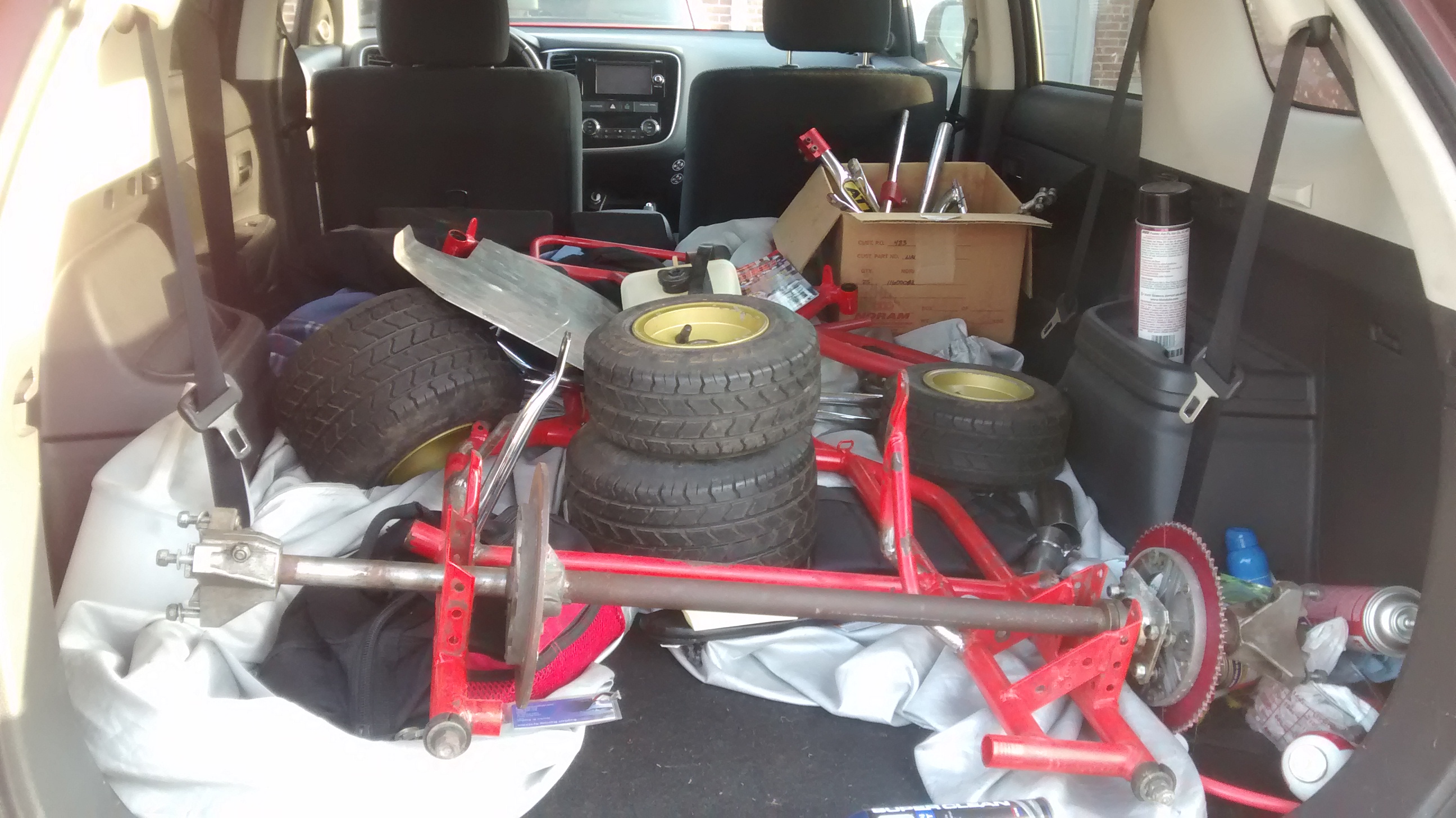 From Brett Ellwood, a good Facebook friend of mine, located in Australia:

“On kartpulse.com a few people are commenting on who was the first kart to have torsion bar. Auckland kart club had a night international meet with Swiss Hutless & Cathy Muller I cannot remember if she was the winner but ONE THING I do remember is in 1978 Muller Racing sold both karts at the Auckland meet. One was the Attack. Black chassis gold rims. The other was red with different torsion bars. After asking ppl years later e.g George Johnson the other was a Racing.”

So really early on the Attack and the Racing were both offered with torsion bars, just different application types. The Attack used a (now traditional) front torsion bar, the Racing used a torsion bar which went from between the steering posts to the front end of the kart.

Another difference between the frames is that the Attack is a 2 bearing frame with a multi-diameter axle, while the Racing was a 3 bearing international competition frame.

By the mid 1980’s SH apparently abandoned the concept of torsion bars all together. I think the Compet had some vestigial form of torsion bars (1983) but the SH Winner introduced in 1984 was their top of the line model, and had no torsion bar whatsoever. 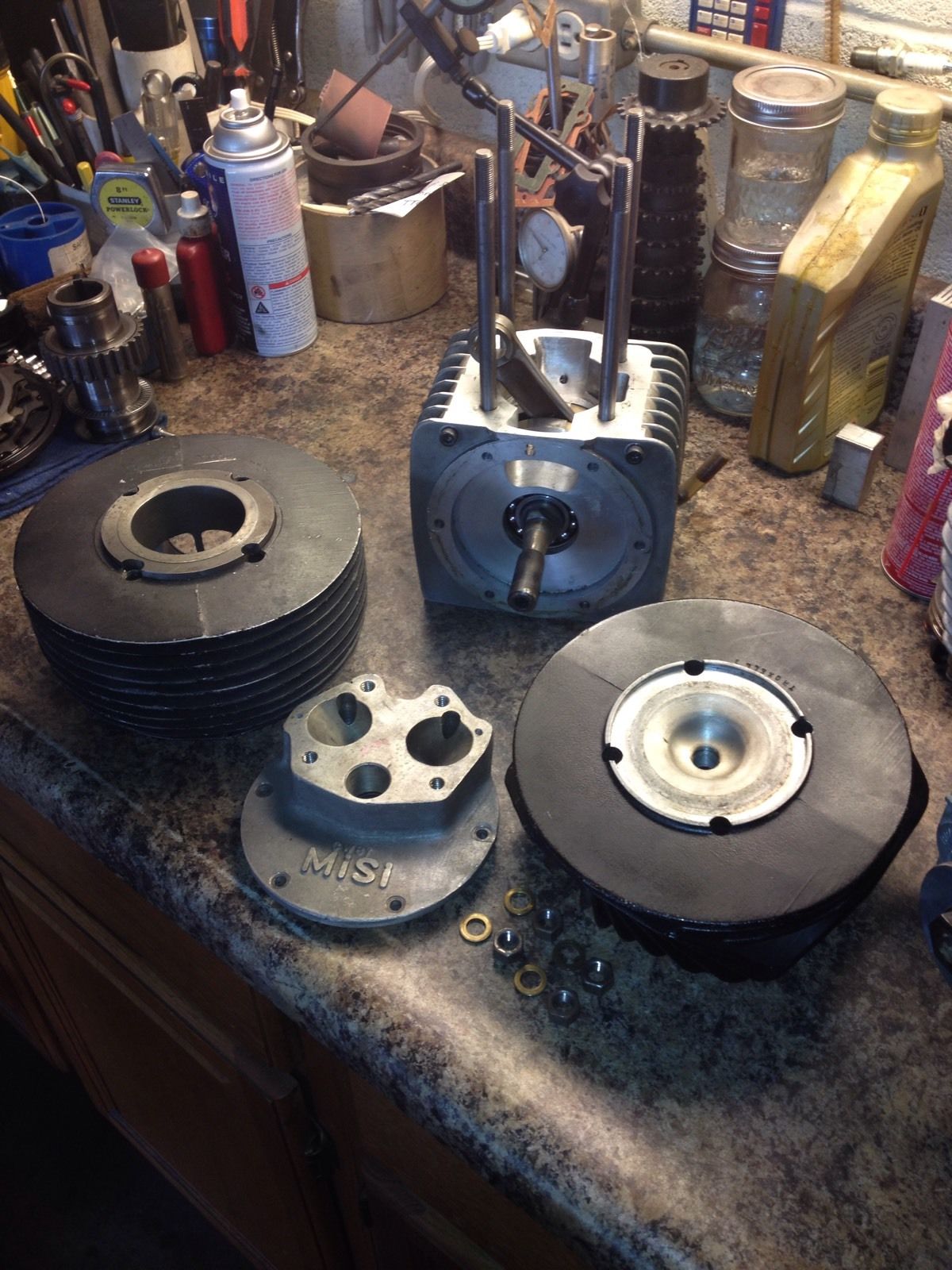 Here’s the K30 shortly after I’ve received it, with the installed crankshaft and closed cases. It came with a MISI dual cover that unfortunately did not work for a Direct Drive application. Everything otherwise was in OK shape. 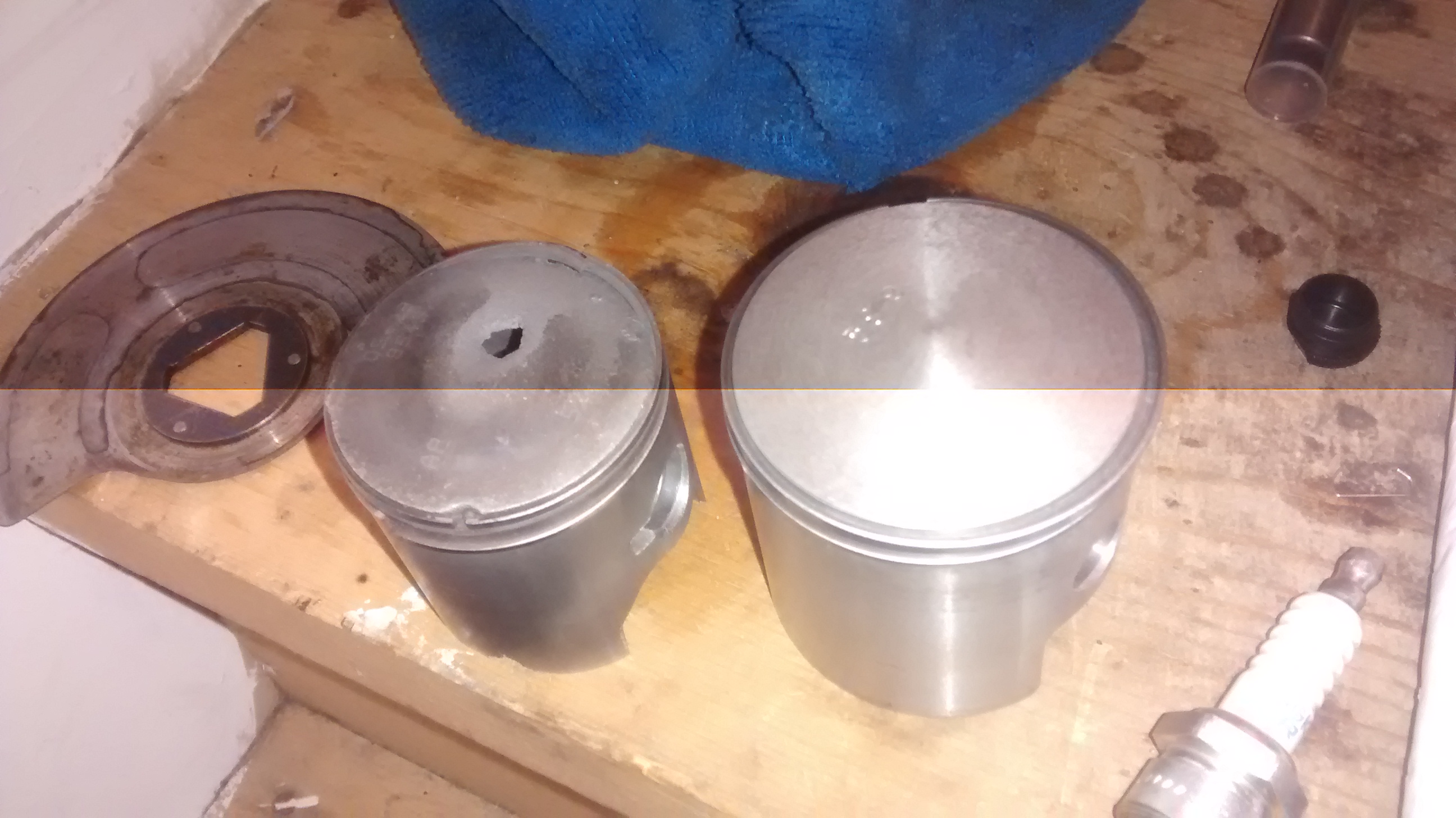 58.9 mm TKM piston compared with a stock KPV piston (with that very not stock hole on it.) The rotary valve is over there on the left. 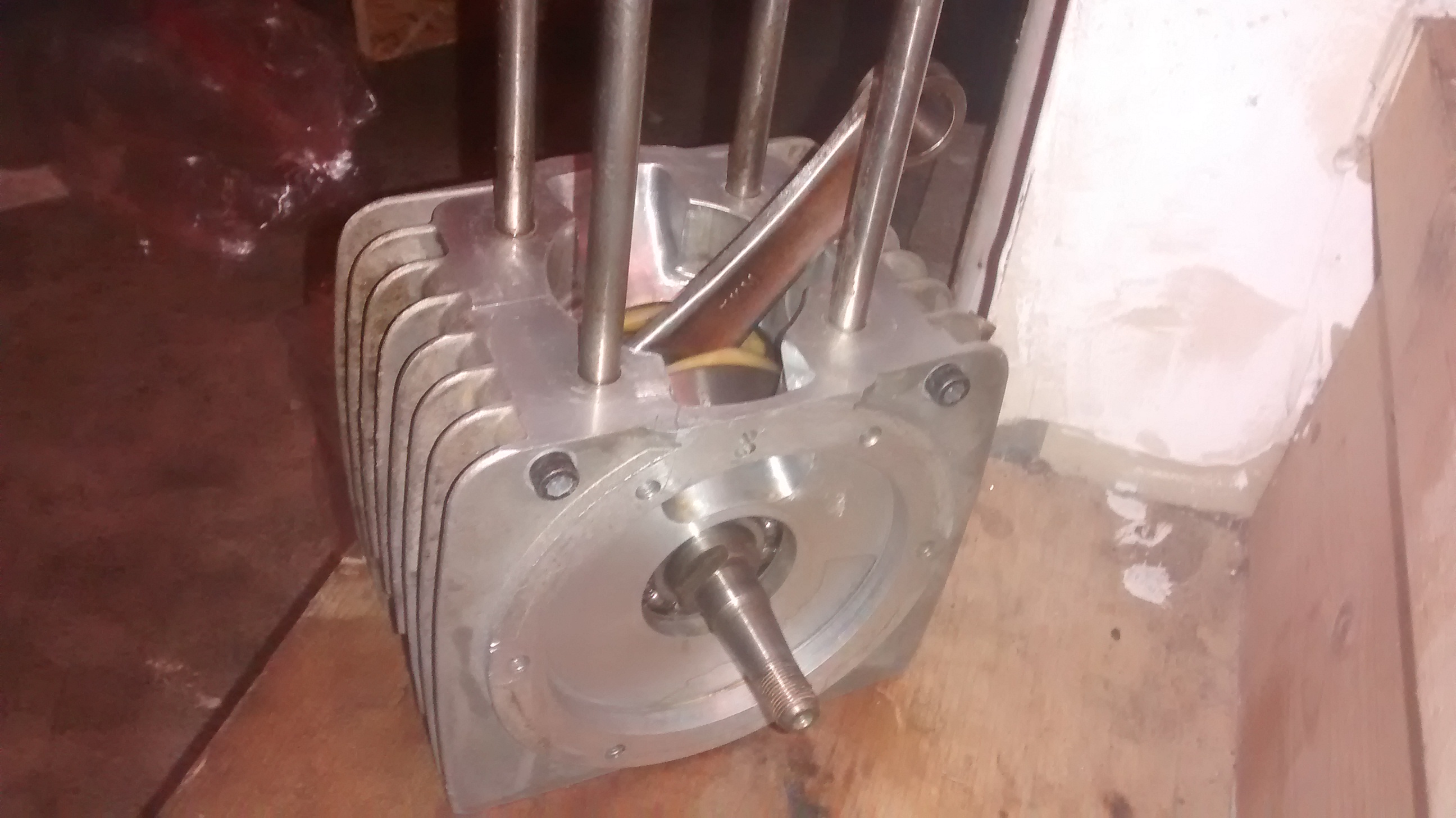 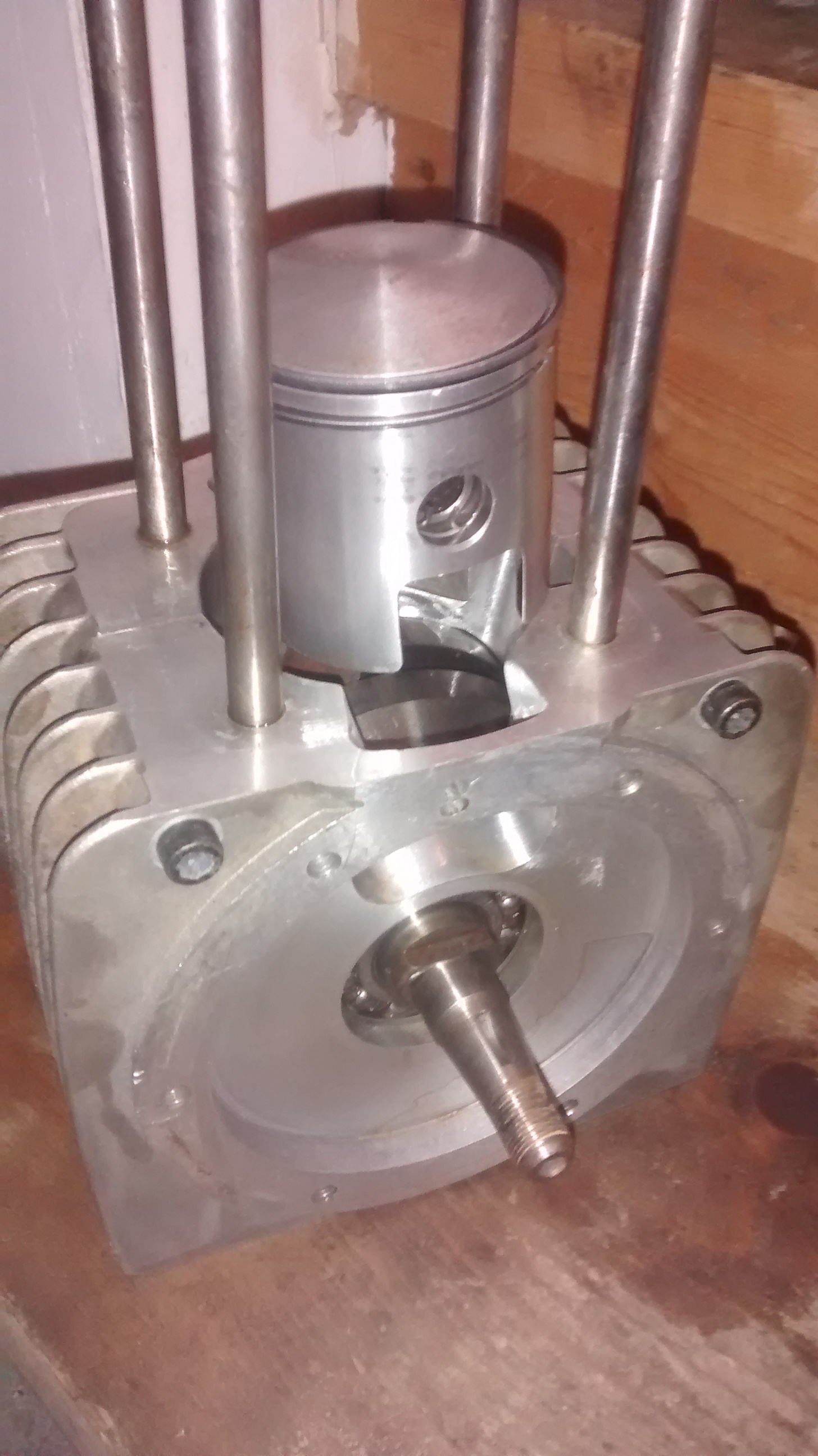 …And after piston. IAME needle bearings on a IAME bearing cage, FYI. Case bearings came with the motor and were new, so they stayed. I am a non-believer on ceramic bearings for engine applications. 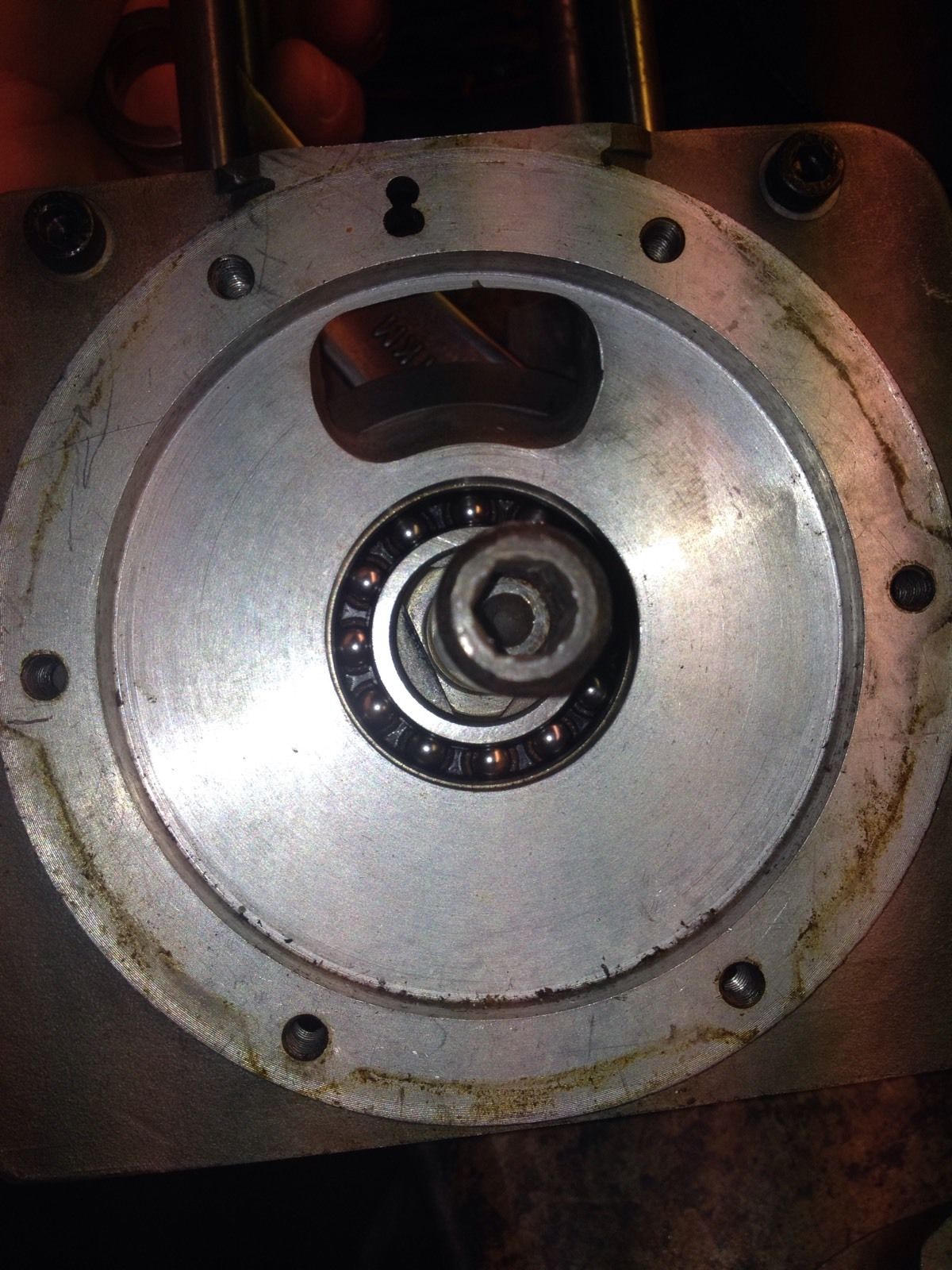 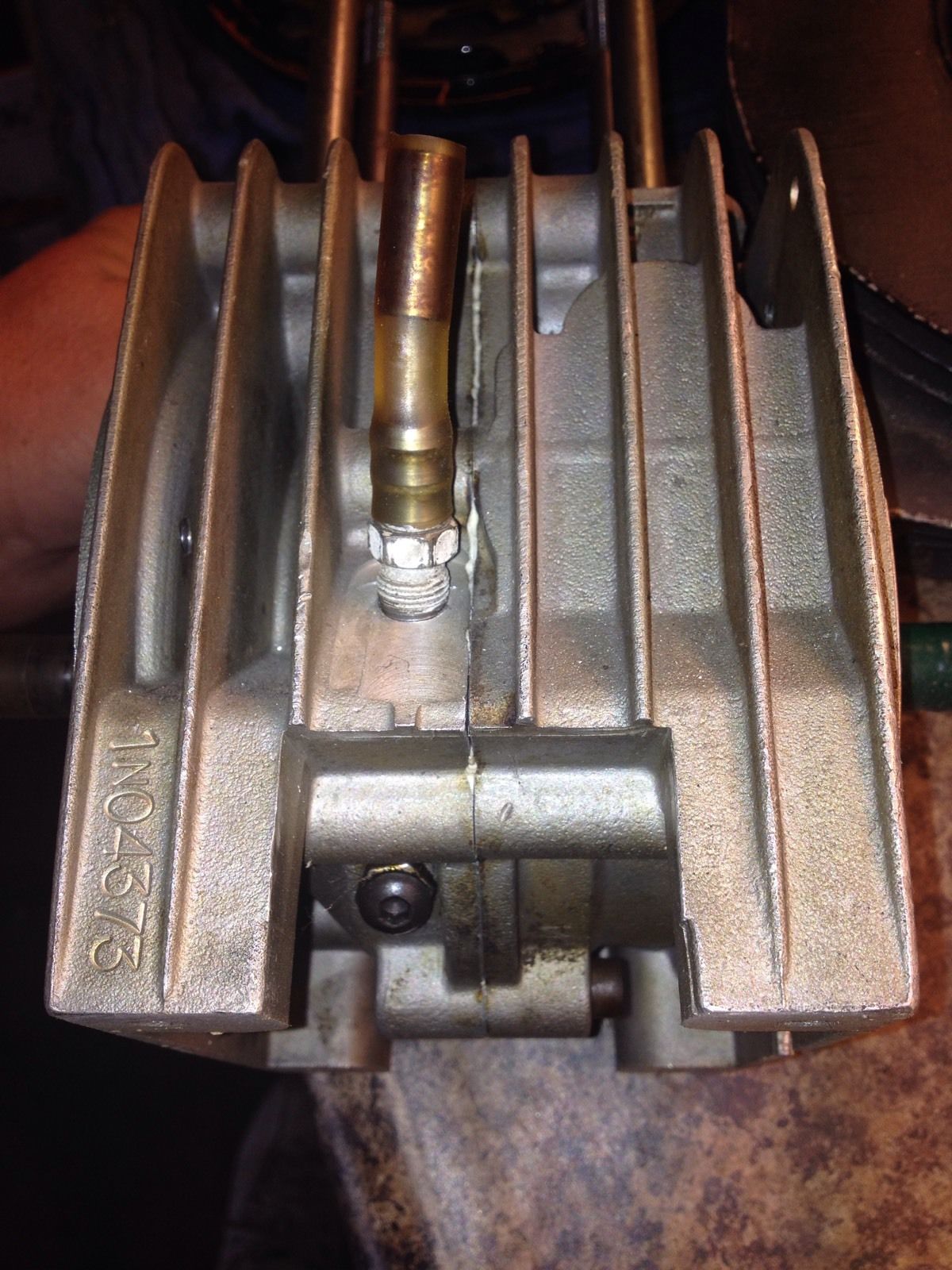 Stock pulse port fitting. I didn’t do that, and neither did the gentleman who sold me the engine. Mystery! Notice the SECOND threaded pulse port near the bottom of the case. Another mystery! 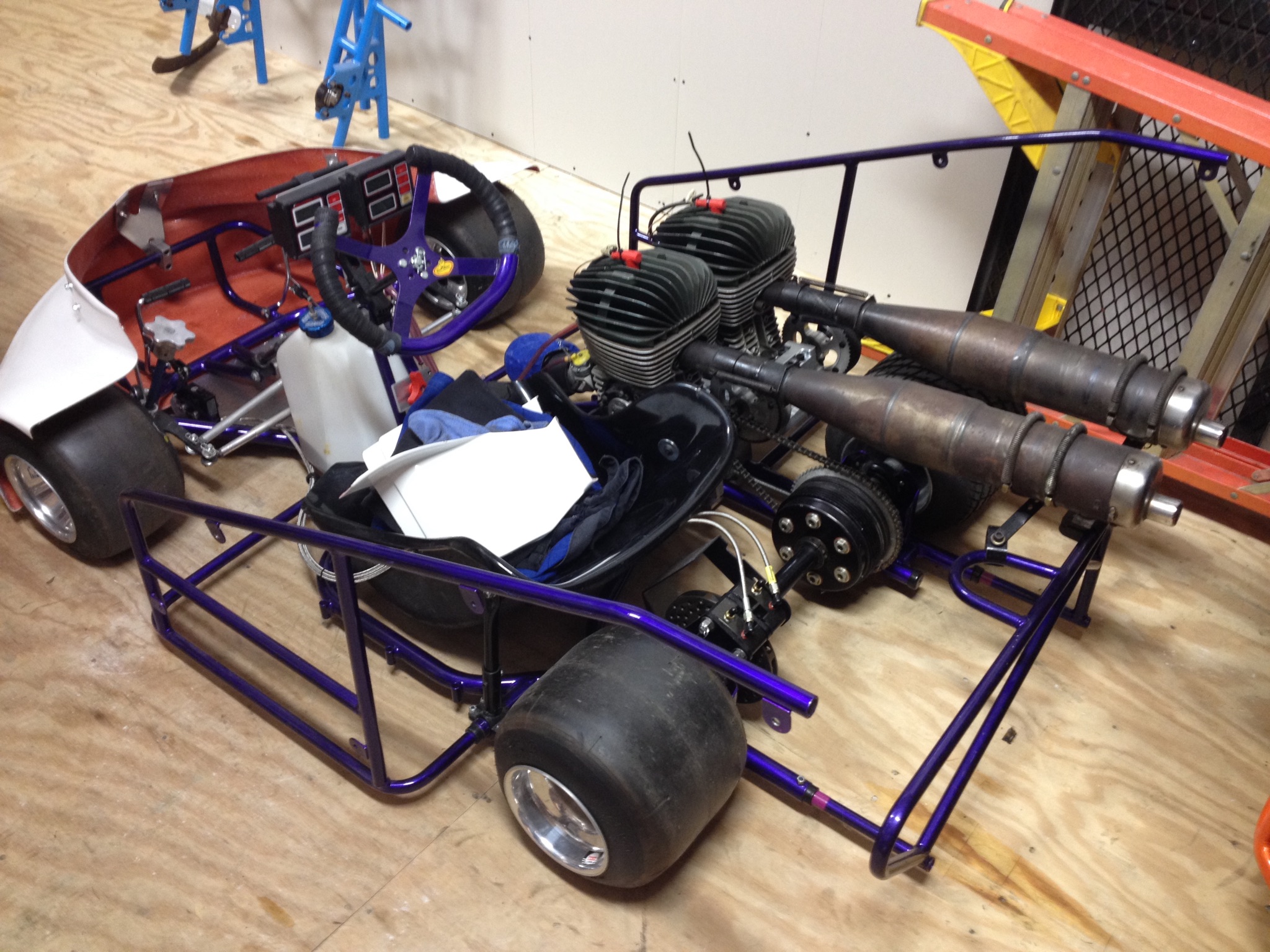 Speaking of the guy who sold me the engine, he has a bit of a collection… 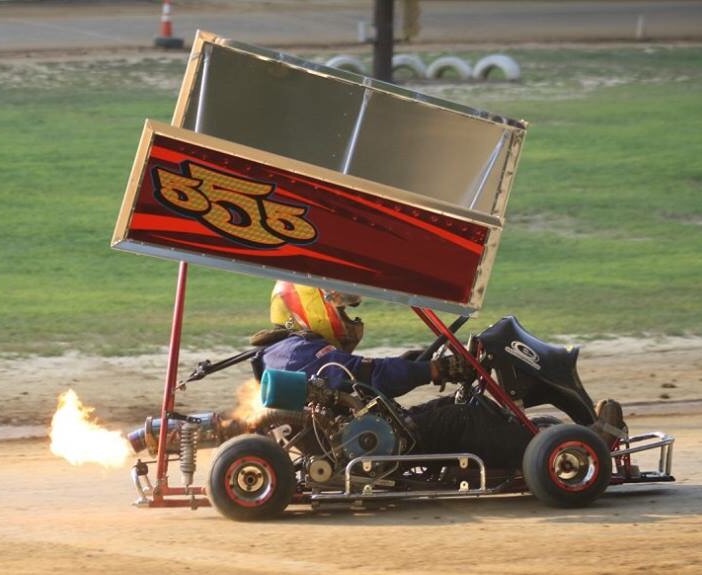 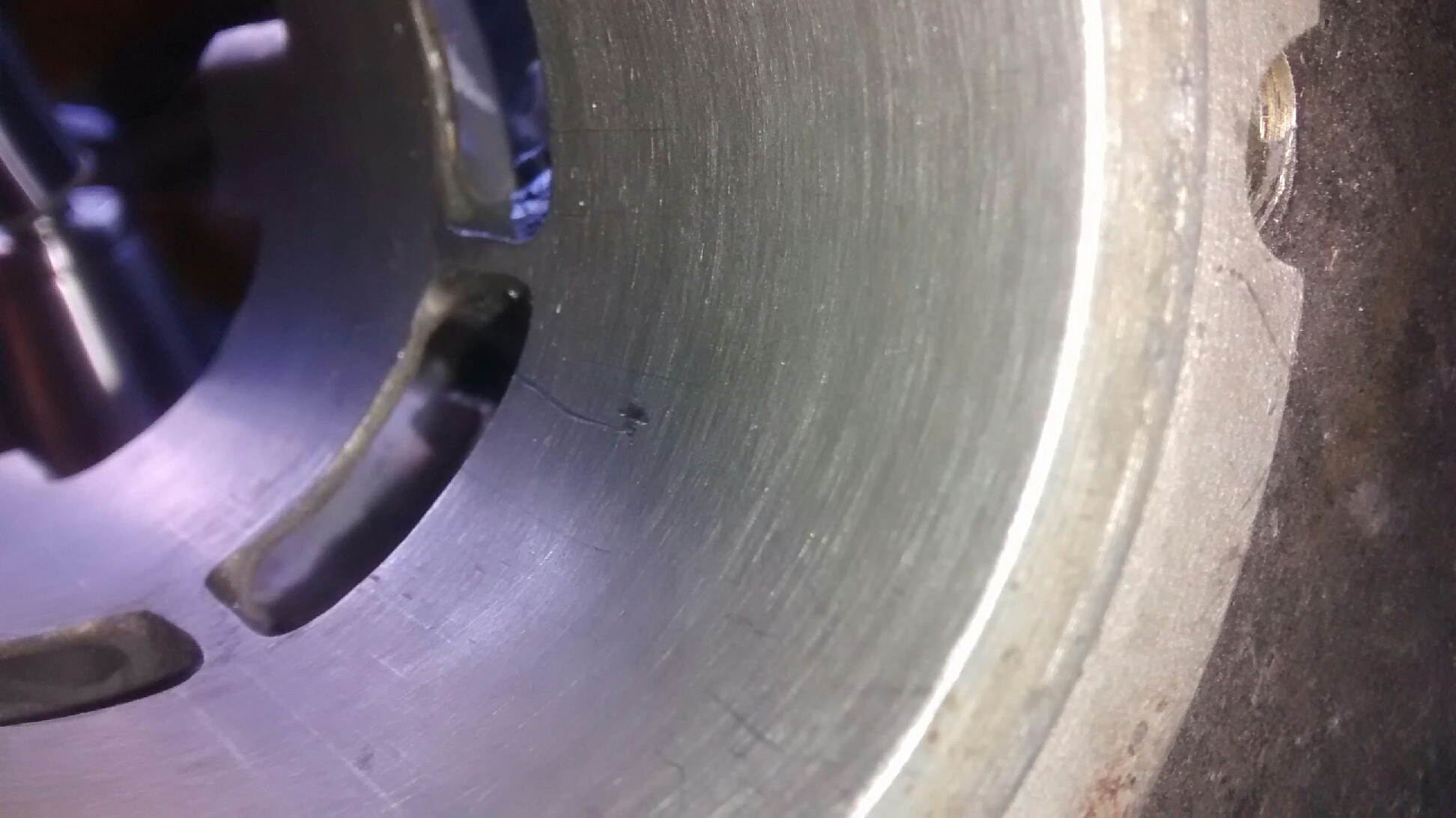 Back to the engine. Ran a hone through the cylinder, it cleaned up nice. I did notice a bit of a dimple on the cylinder liner, so honed it again to smooth it out. It’s still there and the kart runs just a-OK. Sorry folks, that’s the only picture you’ll get of my cylinder and the port job. 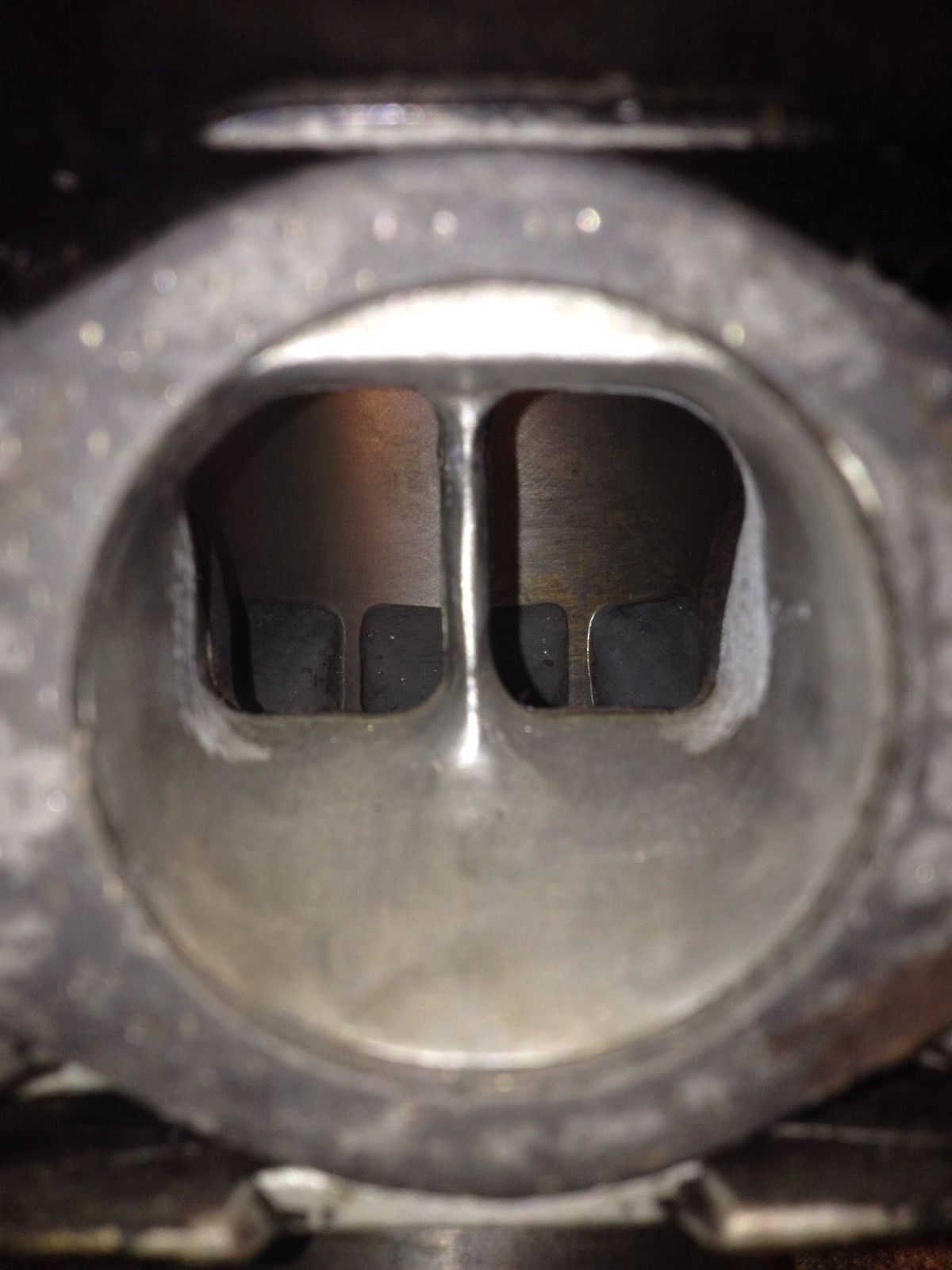 The motor was put together and tied up. Looked gorgeous, but rough. I’ll leave this post with a picture of the mock up on the unfinished frame, still on the original paint/powdercoat. Right about when I took a step back and said “yeah, that box of parts is starting to look like a kart now.” 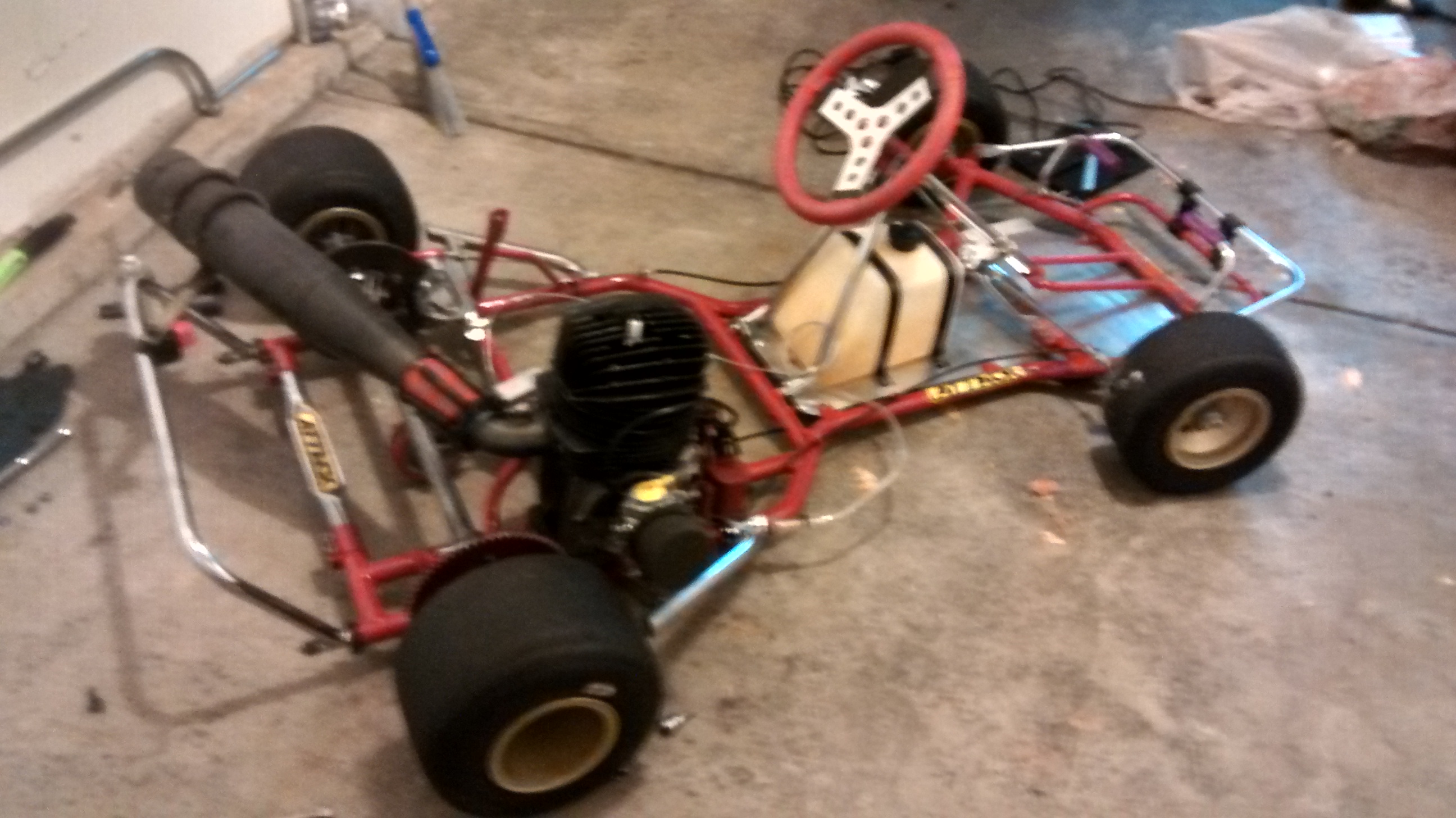 Notice the single IBEA Yellowpower. It won’t be lonely for long… 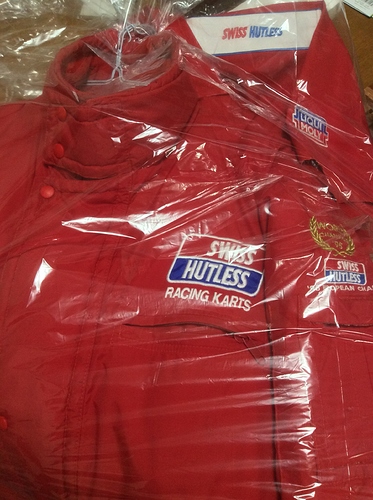 Got some vintage SH team wear from Switzerland recently. It’s a disease, I tell ya!

Old school cool! How much did that set you back?

Old school cool! How much did that set you back?

$300 shipped from Switzerland. The jacket was the most expensive item, for sure.

Does it fit? Pictures of you wearing it? (Are you going to wear it?)