Now that the F1 season is complete my attention is turning towards Supercross, I know we’re talking 2 wheel action here but I love many forms of motorsport. Being less than a month out I’m surprised I haven’t seen any articles or anything about how riders are looking at the test tracks, especially the big movers like Tomac, Anderson, Plessinger. Anyone else gonna be counting down the days like me until A1?

Seriously, never heard of it. But I think I’ve seen this on tv. 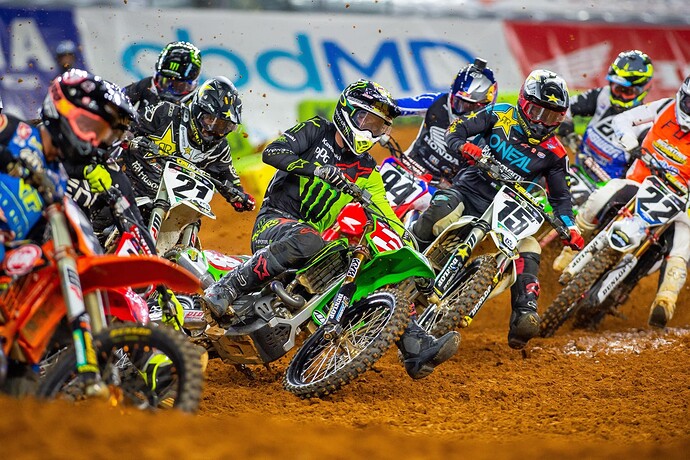 I’ll watch it but I don’t follow it to know all the riders. There isn’t much racing on this time of year so I tune in to watch. It is really impressive. Their training regimen is really something! Go Yamaha!

I’ve been a fan since the Carmicheal days, but have really avidly followed since Villopoto was a rookie. He was my guy after Carmicheal retired. Tomac has been my favorite since Villopoto retired and being his fan has been frustrating at times to say the least. I’m really hoping his change to Yamaha will yield some results, when he’s comfortable the guy in insane.

Lots of passing which makes the average race more exciting, overall less griping between riders and teams, and much less social-political tripe (which these days is not a small selling point, at least for me).

EDIT: it’s notable that karting doesn’t share the radio communication issues of the auto racing - and look how great Supernats racing is vs your average car race - much more exciting, and much less BS! 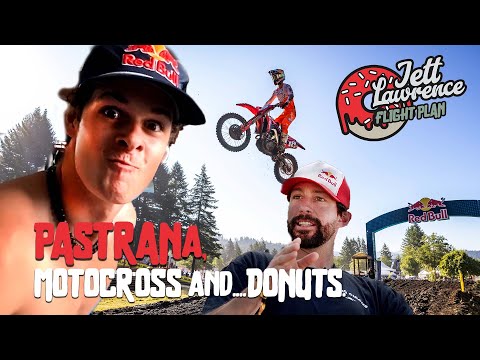 Takes more effort to get a bike around a course due in part to less traction. It’s not easy to go fast on a MC. I remember riding my MX bike at the local makeshift track only wearing jeans, T-shirt or sweatshirt, tennis shoes, & a helmet. I should’ve died, but somehow didn’t.

@Alan_Dove - yeah, newly turned 18 year old kids climbing the motocross ranks certainly are running for annoying. A couple years in the 450 class should mellow Jett out some.

@WheelSpin - agree that it is harder in the sense that your talking about cashing a much bigger check if you exceed your traction limits on a 2 wheeler vs 4. It does get easier to go fast if you’re willing and expecting to crash.

@Alan_Dove1 - yeah, newly turned 18 year old kids climbing the motocross ranks certainly are running for annoying. A couple years in the 450 class should mellow Jett out some.

I only casually follow the kids in the 250 class, but if Jett ends up being a once-in-a-generational rider and has the charisma of Ricky Johnson or Jeremy McGrath (he sort of reminds me of those guys with his brash confidence - something MX champs since the 90’s haven’t displayed), then he certainly could grow motocross. Even better if there are a big rival or two.

Seriously, never heard of it. But I think I’ve seen this on tv.

Watch the Red Bull Moto Spy Series below. It’ll get you hooked. 5 Seasons deep. Supercross Drive to Survive but not overhyped drama, honestly it’s at the perfect level. It’s what I’m aiming to model a series of Kart Chaser episodes after in 2022. 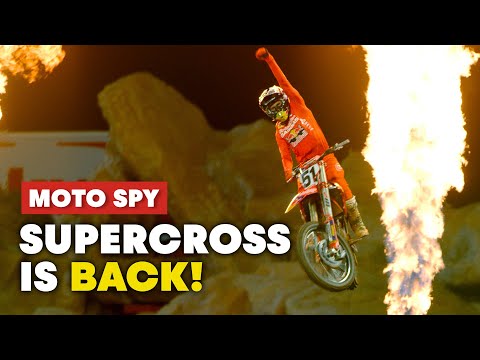 If by “check”, you mean cost, well yeah that’s true, but I was commenting more just on the fact that - & especially in RR - there’s less tire hitting the pavement compared to the big, flat tires a car/kart has. That’s the main reason the MGP bikes lap, say, Laguna Seca ~10-12 sec slower than Indy cars, even with the former having a significantly higher power-weight ratio.

It’s interesting that you bring up the fact that on the road cars are faster than bikes (at least when the road gets twisty - bikes will actually leave F1 cars behind on all but the long straights), because in dirt races which include jumps it’s the opposite; the suspension-to-weight ratio a bike has along with it’s nimbleness put it light years ahead of what a 4 wheel vehicle can hope to keep up with when the terrain gets very complicated at all (stadium truck race is exciting and the jumps are “big”, but nothing like supercross jumps). Now if we start talking rally (e.g., no jumps), or dirt track, the 4 wheelers will get the nod again because of the traction advantage…

MX even at lowest local level is a beotch lol.
Doubles and triples no thanks!

Good thing we have Texas cross country racing association, it was the best .
About 50 mile race through the woods sometimes did include a MX track.

But I think kart racing is harder! No room for mistakes. Of course I have only done ONE rental day session. But that’s how impressed I was with how tough it was

Cool that Aaron plessinger is in pro MX.
His dad was awesome.
Was in a national enduro once, Scott came up from behind me . I pulled over only to watch him crash really hard , bike and body tumbling lol. Dude just up in split second ran back to his bike and he was off again. Super tight woods his speed though then was amazing.
I only got to see this because I was waaayyu off my time, riding with a dislocated finger that I occurred in the first like, 20 minutes lol

Well poop. It was terry cunnigham, not plessinger. Totally messed up my old man lying haha. Still it was an event full of memories!

If this were actually true, then bikes would be faster at technical circuits like LS. Except despite a superior p:w ratio, they still lap slower than Indy cars. The reason: less traction, specifically in turns.

If this were actually true, then bikes would be faster at technical circuits like LS. Except despite a superior p:w ratio, they still lap slower than Indy cars. The reason: less traction, specifically in turns.

@WheelSpin - I think you read my comment incorrectly - what I’m stating matches exactly what are (e.g., cars are MUCH faster in the corners). Please re-read my statement - what I’m saying is that bikes are faster on short and medium length straights (but not on longer straights, and not curves).