Toe Out and Snipers on Intrepid FK4

Yesterday I was testing setup changes and noticed that even before I made any changes from my default setup, initial turn in was quite weaker than normal. As the day went on, the marshals noticed sparking from the very front of the chassis.

I also noticed that my right front was down to the chords in some areas and wearing very unevenly after about 45 laps. The tires are new MG red. The chassis protectors on the right side of my floor pan were more worn than the left.

I brought the kart to the trackside shop, and they couldn’t see anything obvious apart from the front-end alignment being way off. The toe was way out.

I was also slow, despite running with about 20 pounds less ballast than I normally do at this track, I could not match my previous best.

I have two questions:

Could the excessive toe out have caused the symptoms I experience:

And my second question is about aligning with Snipers.

The mechanic at the shop could not get the Sniper alignment tool to work at all on my kart. The lasers were always way out of spec. He did not think my chassis was bent badly or anything. He concluded that Snipers may not work on my chassis, which is an intrepid FK4. He aligned as best he could by taking a few measurements. Do you all think he right about the snipers not working on my chassis? I thought the Snipers were universal. If not, what could be causing the settings to be so out of whack?

Yousef:
I will try to keep my response as short as possible–all your symptoms, other than the right front sparking, would be consistent with “excessive” toe out. Assuming you have spindles that allow for secure mounting of the SNIPER magnets you should be able to use it on any chassis.

Now, you never detailed the “setup changes” that you made, but if you didn’t experience these symptoms previously I would take a look there. Whatever is causing this must be fairly dramatic to cause your problems. I am surprised a kart shop could not identify it. My list of things to check out is lengthy, so be patient and analytical in studying them. They are as follows: spindle heights, bent spindles, tires on the same sized wheels, rear axle in the same position on both sides, air pressures, cracked welds, spindle bearing failure, etc. If your frame is bent you presumably would recall an incident, so assuming it is not bent, the cause has to be something fairly significant to allow that much droop in the frame assuming the track personnel sparking description & your reading of the wear guards is accurate. Do you have more curbs on the right side of the track and could this be the source of the sparking. If so, I would fix the toe problem and try it again. Sorry to ramble!

I was skeptical of the claim that Snipers do not work on this chassis as well. But what could explain the inability of the mechanic to get the lasers to even hit the other Sniper? They were always missing the other Sniper completely.

The setup change I was experimenting with was rear track width. I was adding hub spacers to increase the width to try to cure a hopping problem. If I messed up the hub spacing on one side, maybe this caused the issue? I will double check that as well as everything else you mentioned.

That being said I noticed the weak turn in before I made any changes.

There are no curbs at all on this track, it is in a large parking lot.

Excessive toe out that is off the lasers would cause all those issues. It’s going to make you dog slow on the straight from the tires scrubbing, which will also accelerate tire wear greatly. It’s also possible the extreme geometry could make the front dive harder under turn-in, causing the kart to bottom out. And with that much toe you’re going to totally ruin the handling so the front end is likely completely out of the working window.

Edit: I misunderstood, the shop is saying the lasers don’t work on your kart, I thought we were talking about the Sniper caster pills. Not sure how the Snipers wouldn’t fit on your kart? If they don’t have a nice place to mount with the wheels on, you should be able to at least remove the wheels and put them on the shaft of the spindle and get a nice flat spot to stick them.

Yes, so it seems the toe settings got out of whack somehow, I’m not sure how. I did have a minor off at the last race, but nothing that visibly damaged anything.

The kart shop is saying that Sniper alignment tools just do not work on my kart. The mechanic was unable to adjust the front end to even get the lasers to show up on the grids. Is that likely just user error? They normally work on Comports and Birels…

Do you have a pic of the spindles on your kart so we can see if there is something potentially making it so the Snipers don’t work?

Did the tie rod ends come loose or something, causing the toe to go all out of whack?

I have some snaps from the GoPro, I will take others if these are not detailed enough.

I did not observe that the tie rods were loose at any point, and neither did the mechanic when he was working on it. 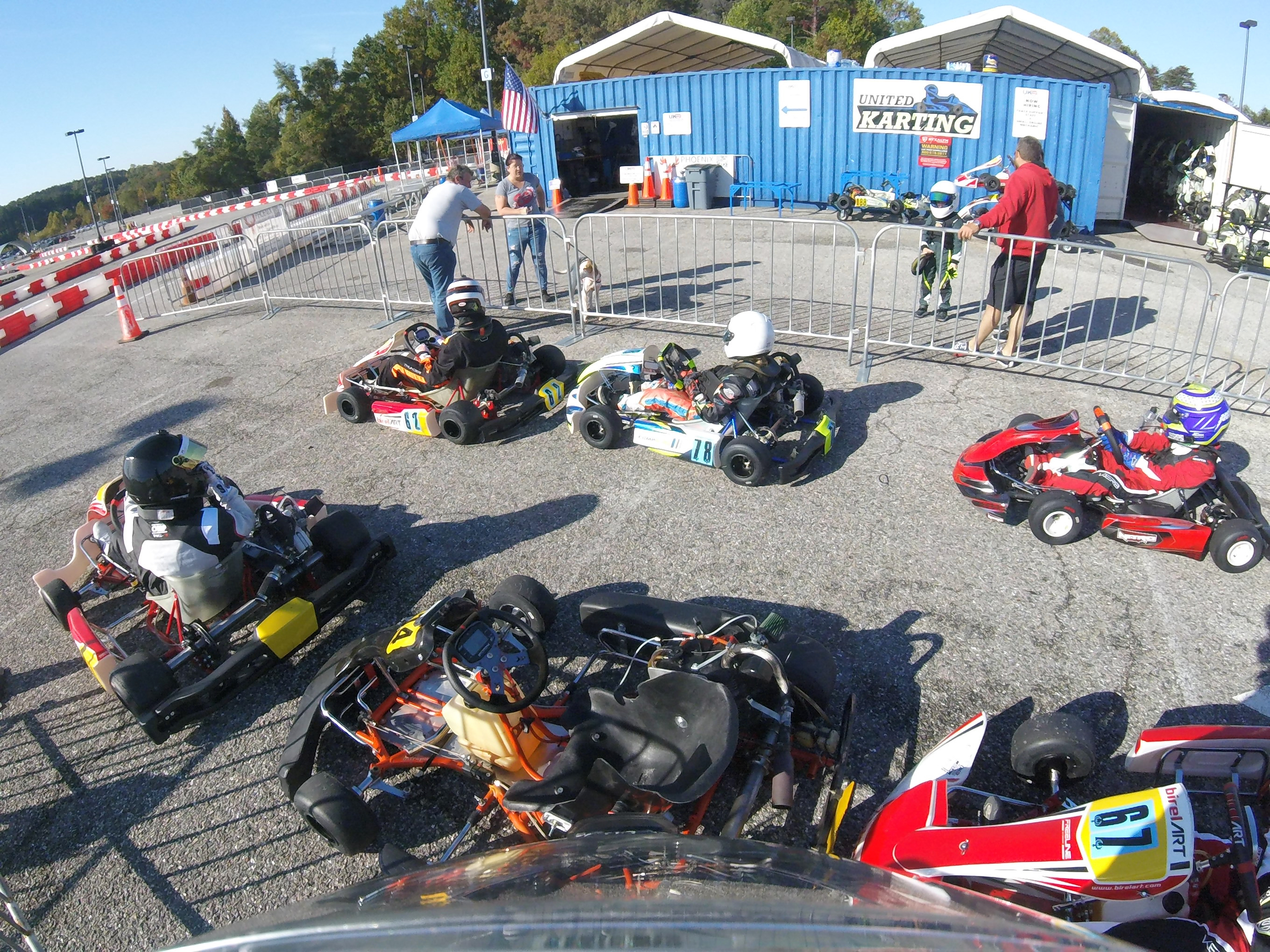 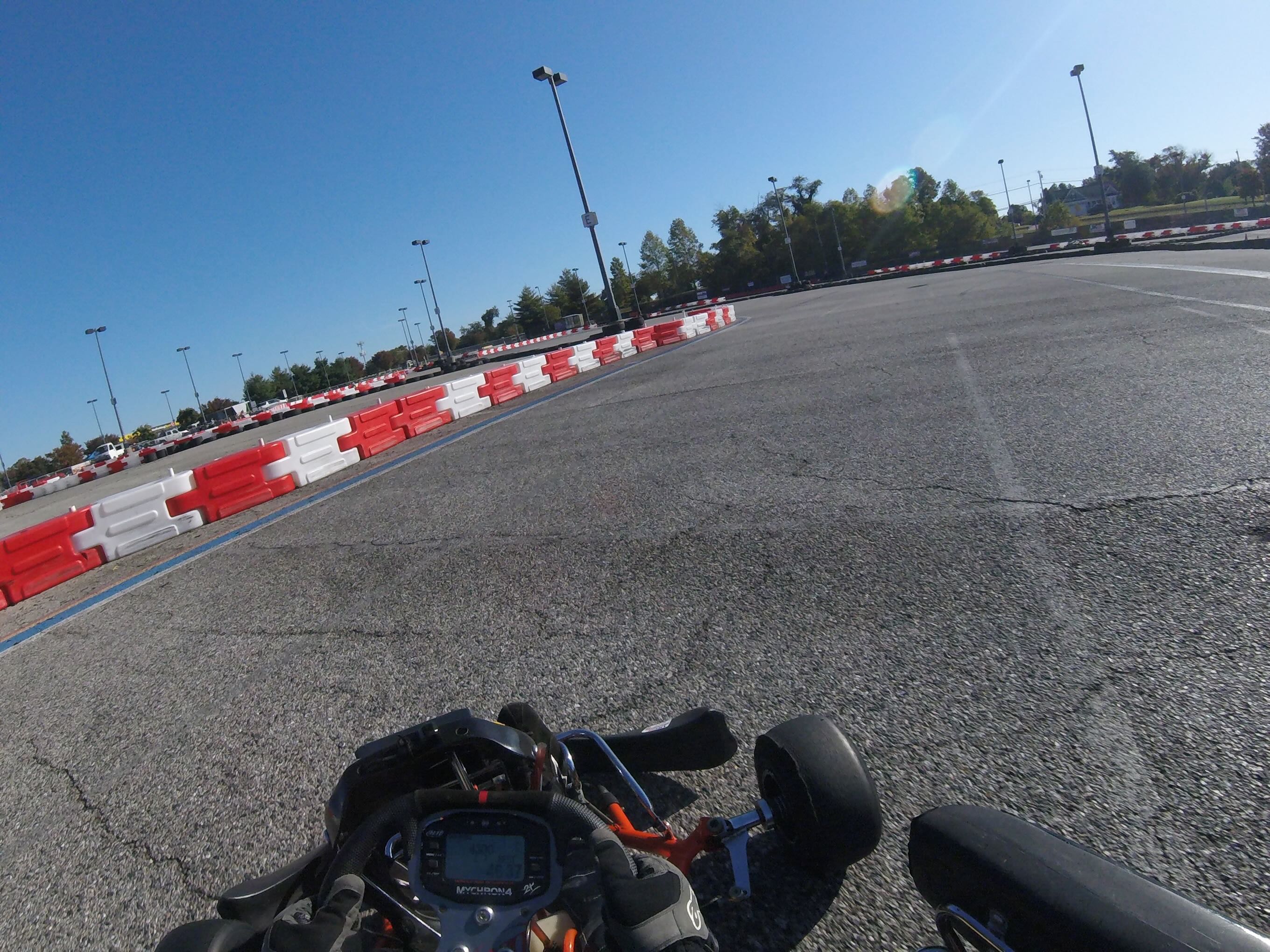 I believe they are these wildkart spindles: To clarify, it wasn’t that he was unable to mount the Snipers, they were mounted and leveled up fine. From what I understand, he was saying that it wasn’t possible to get readings using the Snipers on this chassis.

As an Intrepid F4K owner I can assure you that the Sniper alignment lasers work fine on your kart. Sounds like a more detailed examination may be warranted. Apparently minor shunts sometimes result in surprisingly significant damage to steering components.

From what I understand, he was saying that it wasn’t possible to get readings using the Snipers on this chassis.

This doesn’t make sense to me. Unless you have front disk brakes blocking the laser you should be able to get a reading. I am going to venture a guess that 1 or both of your spindles are bent and the amount of adjustment required to get a more neutral reading is beyond what the tie rods can accommodate. Or did you change the tie rod at some point? If yes, It’s possible it was the wrong length. It is also possible something else is bent as well.

I changed a tie rod at some point, and just attempted to get the length from the tie rod end on the spindle side to the steering column to be exactly as it was before, since I had no Sniper at that time. I did not notice any scraping or bad handling immediately after.

Edit: To clarify, the tie rods I got to replace the originals were about 10mm shorter, so I made up for that by leaving more threads exposed on the ball joint.

It’s possible that one of my spindles is bent, but I think the mechanic would have noticed if one looked bent.,

Is it possible that your steering column is bent? Did you bend a tierod?

If the alignment is way off, you can put your hand in front of or behind the Sniper on the opposite side.

Visually, the steering column seemed to have a very slight bend, according to the mechanic, but he didn’t think that explained the readings. No reason to believe tie rods are bent.

He was seeing the lasers, they just were off the grids on both sides.

Again, I have had no major incidents since replacing the tie rods, and was quick at this track after that. Did not notice scraping or excessive tire wear.

It’s possible that one of my spindles is bent, but I think the mechanic would have noticed if one looked bent.,

I had a CRG that gave me fits trying to align so that the sweep was the same on both sides. Turned out the spindle was bent. Visually it looked fine, but after taking some measurements the arm that the tie rod end attaches to was bent. Worth looking into.

It’s possible that one of my spindles is bent, but I think the mechanic would have noticed if one looked bent.

With all due respect, if he couldn’t get the lasers to work properly, I highly doubt he would notice a bent spindle.

I run an Intrepid F4K Freedom 2020 and have absolutely no problem using snipers.

Also, I hit all sorts of shit with my Intrepid and its always strait. Like, its actually insane how good of a chassis it had been at staying money strait even after launching it a few feet in the air on multiple occasions.

Yeah something is off with your kart setup. I would be willing to bet the tie-rod replacement is the root. Given that you didn’t have lasers to to the alignment when you replaced the tie-rod, I would venture to guess your method of making the distance from rose joint to rose joint was flawed in some way or a measurement was wrong. Not a totally uncommon mistake; I’ve seen a few seasoned mechanics scramble and throw in different length tie-rods trying to make the next session and not realize it until the driver comes in next round and the front tires are torn to shreds and they lose 4 mph on the straight…

Another issue to be on the lookout for would be incorrect kingpin inclination on the spindles. I believe the Wild Kart spindles you linked to were listed as 11-degree, but if your chassis is built with 10 degrees KPI then it will cause a camber misalignment. Not saying this is an issue on yours, but instead emphasizing that not all spindles are created equal.

All of this can be measured on your own without snipers. Toe can be found by using bare wheels mounted on the chassis, and measuring the outside distance across the front of the wheels and subtracting the distance across the rear of the wheels. Same process for camber, only you would instead use top and bottom measurements. You’ll need to first ensure that visually the steering column is straight.

The reason I am so confused by this issue is that, if it was related to the tie rod replacement I would have noticed during the next session directly after replacing, and then at the next two rounds I raced on that setup… That is what is so strange about this, it seems to have emerged randomly.

The only changes I made was increasing the rear track width.

I wish I had taken a snap of the front right, it was down to the chords on the inside shoulder, but not in a uniform band…

I took some snaps of everything in more detail, will post shortly.

I never changed the spindles, so if they were incorrect from when I bought the kart, I would have noticed that I had all of these symptoms, which were pretty dramatic.