Yep, not a karting engine, but like I’ve said before,…I think it’s OK to make this category a bastion for general 2T discussion too. Bask in the glory of this v12 two stroke from Roland Holzner: 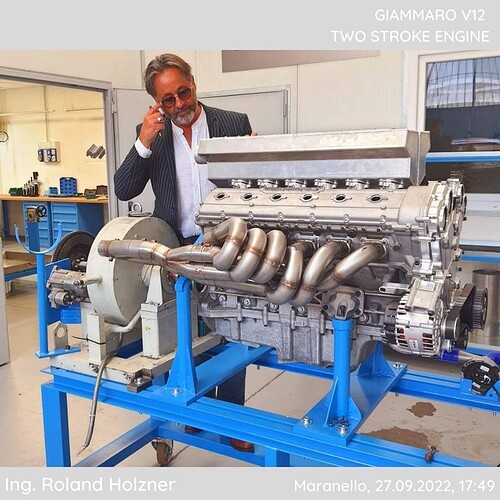 I don’t know anything about it yet other than seeing this pic. Yes, it has valves and yes two strokes can have valves.

Yes, 4-stroke engines are overhead valve (OHC) engines. At the same time, OHC engines can operate on a 2-srtoke cycle. The cams, valves, & ignition all just cycle every cycle instead of every other. Transfer port style engines are dedicated 2-stroke. Everyone calls OHV 4-strokes & TP 2-strokes because of the normal association of each to the respective operating principle. A true TP style V12 would really be something else. 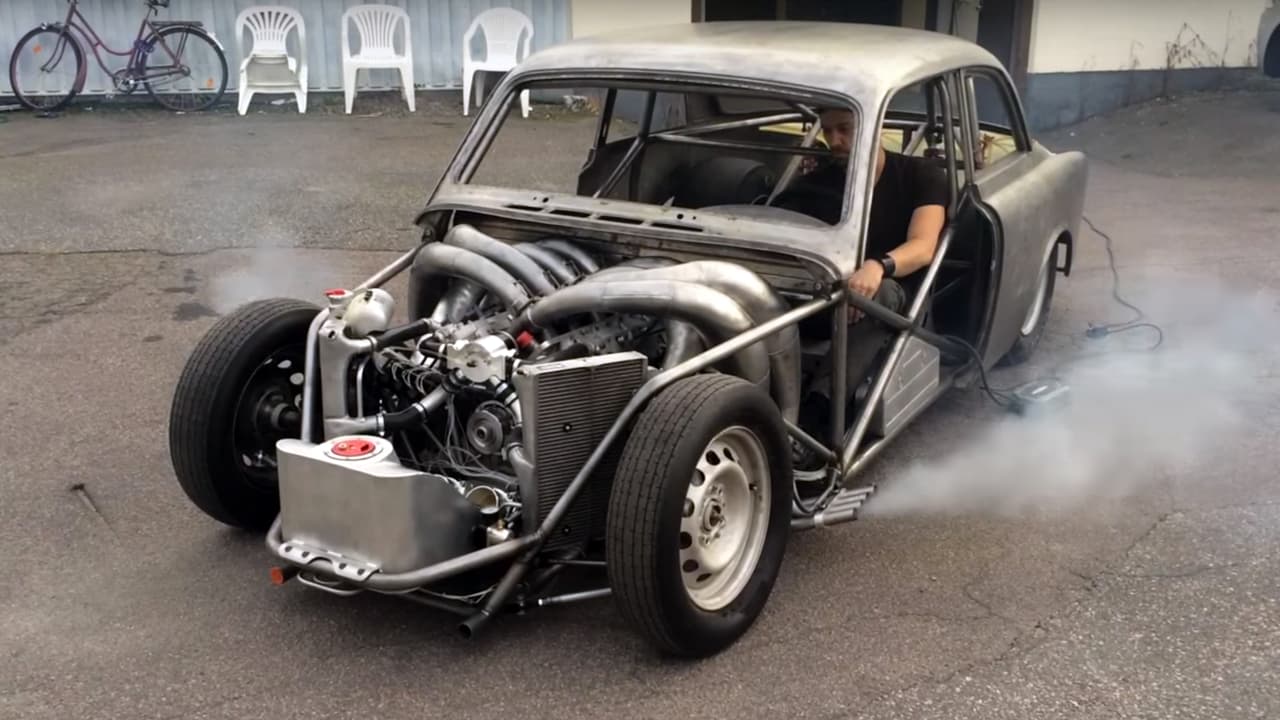 I remember the first time I saw this two stroke. https://grassrootsmotorsports.com/articles/two-strokes-genius/

It is one of my favorite D Sport Racers

A few years back during the SCCA Runoffs at Indy, we pitted a few stalls over in Gasoline Alley from them. Jason and I were talking about the engine and its unique design. That was the first time I saw a 2T in a full sized race car. I was in awe of the six tuned pipes sticking out the back and it was a rocket on the straights.

GM built more large two-strokes than anyone else; the 71 series engine for road use had half the bore and half the stroke of the 567 for rail and sea.

A spectacular example of the smaller units is this 12V53TT: 12v53

The smaller engines are only built for military use, but Progress Rail (Caterpillar) still builds the 710 for locomotives - after 80 years the two-stroke is still preferred for rapid acceleration and low fuel consumption.

I was in awe of the six tuned pipes sticking out the back and it was a rocket on the straights.

It was the same for me. I saw the 6 pipes and thought, what the …! The first time I saw it was at Road America

This is another two stroke that blew me away. It is configured between 6 and 14 cylinders at 111,597 cubic inch per cylinder.

That’s not an engine, that’s a building! 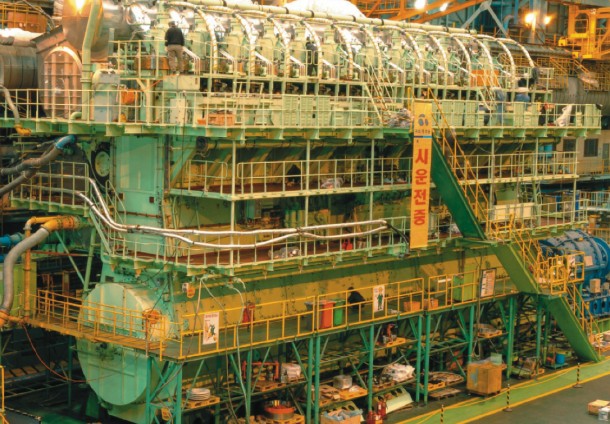 Wonder what the tolerances for that thing would be, & what processes are involved to machine it to spec? What does it redline at?

What does it redline at? 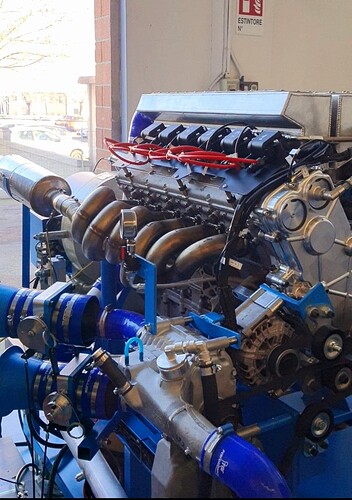