Live updates for the 6 hours of JOISEY with @Bimodal_Rocket
Qualified 16th because I forgot to take out an extra 22lbs for dom when he qualified…
Good start by D getting up to 10th
Currently running decent laps, about .4 off the fastest lap right now
I had a good train going with some of the TKC guys before I had to pit

Big blister on my right hand. Not fun

Came into pits for a kart change, only for the guy in front of me to take the last kart swap spot. This is really gonna mess up our plan

New kart is sh*t. Getting walked on the straights. Currently looks about .7-.8 slower than the previous kart. Ugh

We are done! What a fun race and what a great day! 25 teams on track and much passing and being passed!

We had a terrible 2nd kart that was only good for 43, mid 44 which put us at a significant deficit up front. Oh well. Our other two karts were better.

Fun was had and I am glad I did not solo. I’m not as kart fit as I used to be.

Elias was a trooper and soldiered! He finished the race for us, the last 3 laps one-handed (see I told you all practicing this is a good idea!) since he cramped up left arm.

I came close to having a muscle lock up in the thighs, but my hydration regime worked and was able to drive normally.

We all had a lot of fun and we should have some fun clips to share!

I think we finished ultimately 11 but I am happy. I think a decent first kart would have made a significant difference since we were running low 42 which was a tenth or a 15th off pace in the better two karts. So, we lost the kart lottery but had a terrific race, regardless!

Sounds like a fun event! When is the next one you plan to run?

I’m afraid that’s it for me for a while, heading out to college in 10 days.
Endurance racing is weird. Toward the end, I was begging to see the white flag of relief being waved by Dom, telling me to come in. did not want to stay out there at the end of my long stint. But in the end it was a ton of fun and I would do it all over again in a heartbeat. Honestly can’t think of a better way to spend my day. So. Much. Fun.
But I’m in pain now and have a train to catch at 12:40am, with work the next day. So the funs unfortunately over. For now 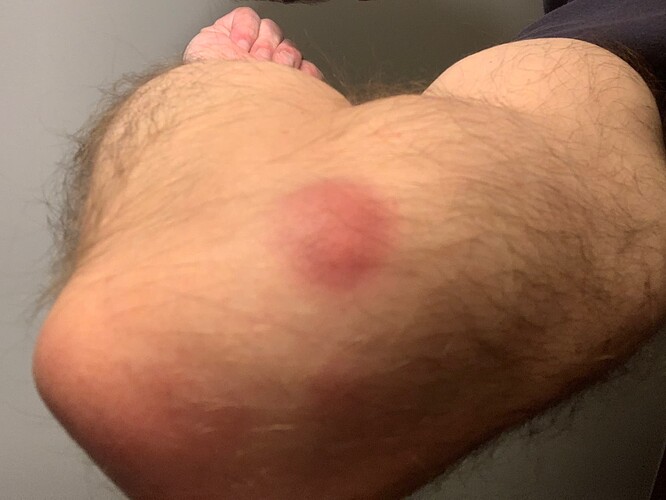 While I avoided Charlie Horses, I did bring home a souvenir. The old elbow bruise whacka-waka.

It’s always fun to race against friends… Here’s some of the TKC gang: 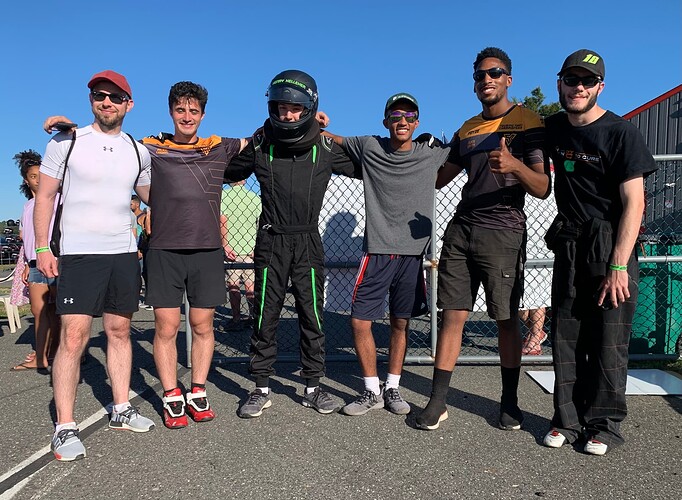 It was! If you get the chance, grab a couple pls and go do a rental enduro. It’s a hoot. I think everyone, regardless of skill level/experience has a ball.

The more experienced drivers get to have fun passing slower folks they wouldn’t normally be on track on with. The less experienced guys get to learn racing in an environment that gives them way more laps/traffic than they’d get in a sprint race.

What is particularly entertaining is when you are battling another driver of your skill level and you both have to navigate packs of newer guys having their own battles. So you get a a battle within a battle.

Here’s some of the fun: 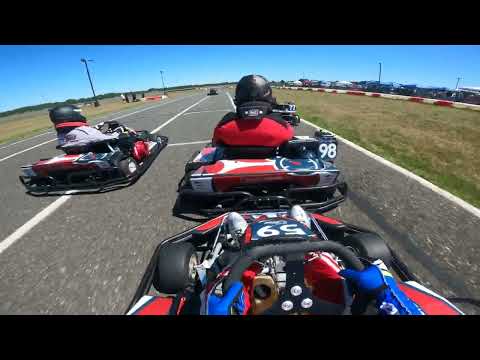 My little shoulder pack and helmet battery system look cool imho. I think my next race suit will have pockets.

Some off track adventures: 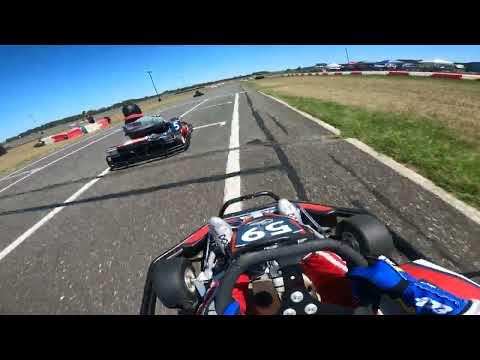 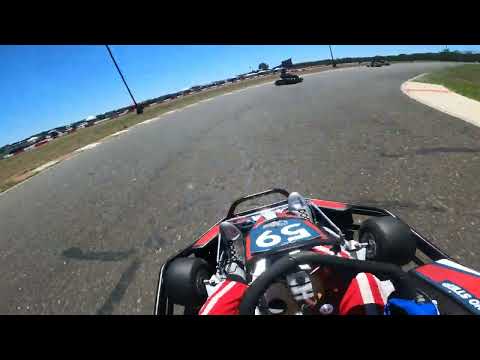 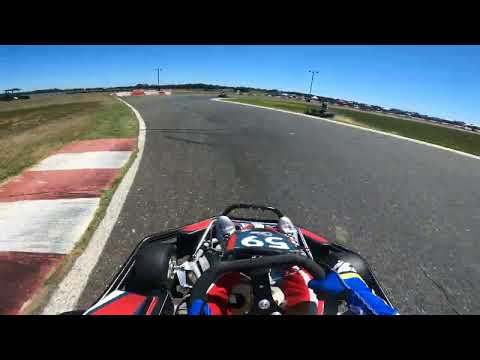 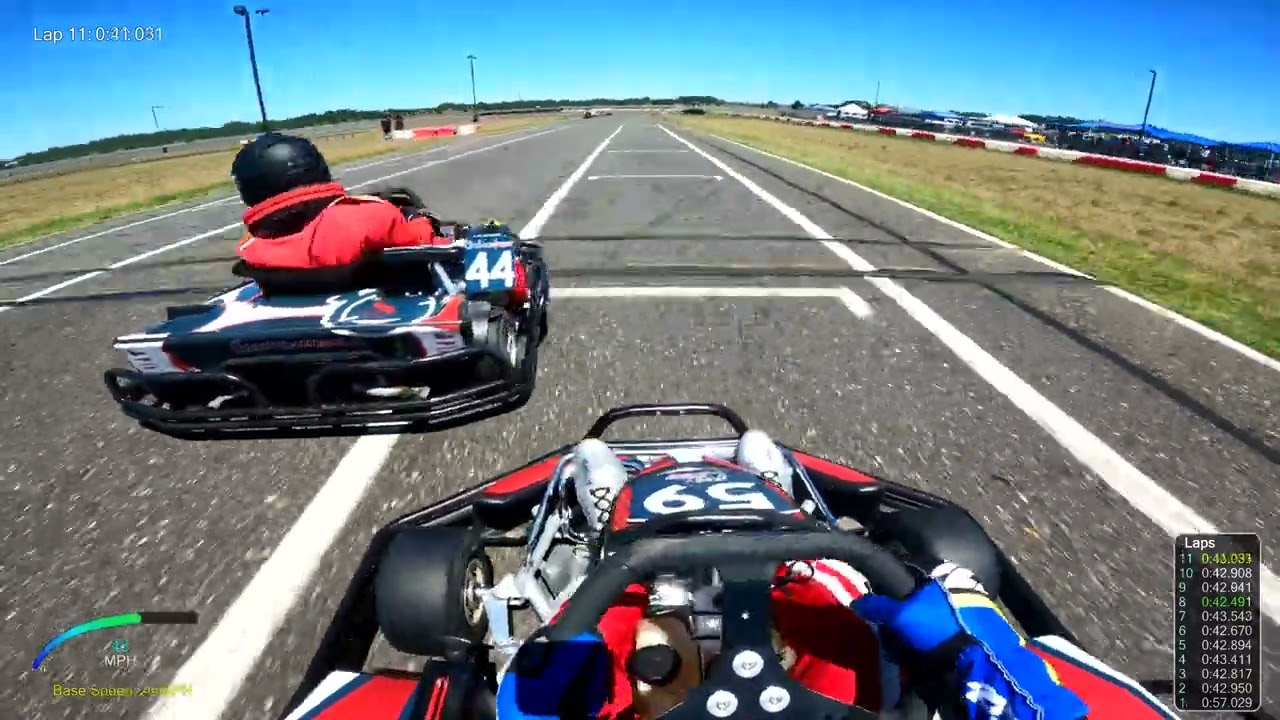 Evan,
I’d like to do AMP in Nov (any interest @jfeder ?) and Lime Rock in Oct sounds good, too.

Iirc you are in Phoenix? Maybe there’s winter race we could do out west?

I’m in Indianapolis, so Autobahn would be the closest for me.

Look at this weirdness:

Second kart murdered us. Down we went. Third kart was fine.

This makes a bit more sense now. I was wondering how did we place so poorly when both of us drove well? I made no significant mistakes. It doesn’t appear you did either.

Answer: kart. Looking at the laps on race hero shows us what went sideways.

What I would give for true parity. I guess the problem with that is you’d have to buy your own kart and wrench.

The one in NY is an indoor job I believe so no endurance race there. The series hits big outdoor tracks, I think.

Imagine this for 6 hours: 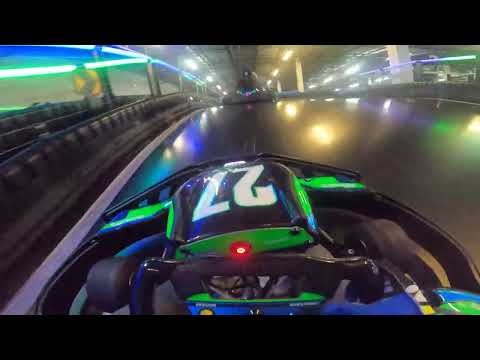 You could tell your shifter buddies, “yeah, banging gears and going 90 is hard work and all, but I did a 6 hour enduro in rental karts in a multi level facility with 24 other drivers on a narrow track.” This would likely cause a nervous breakdown and permanent whiplash.

He seems to do east coast only. We could maybe find something in between Indiana and NY.

✂️ A little fracas with 911 after a multi-lap chase down

✂️ And another fracas 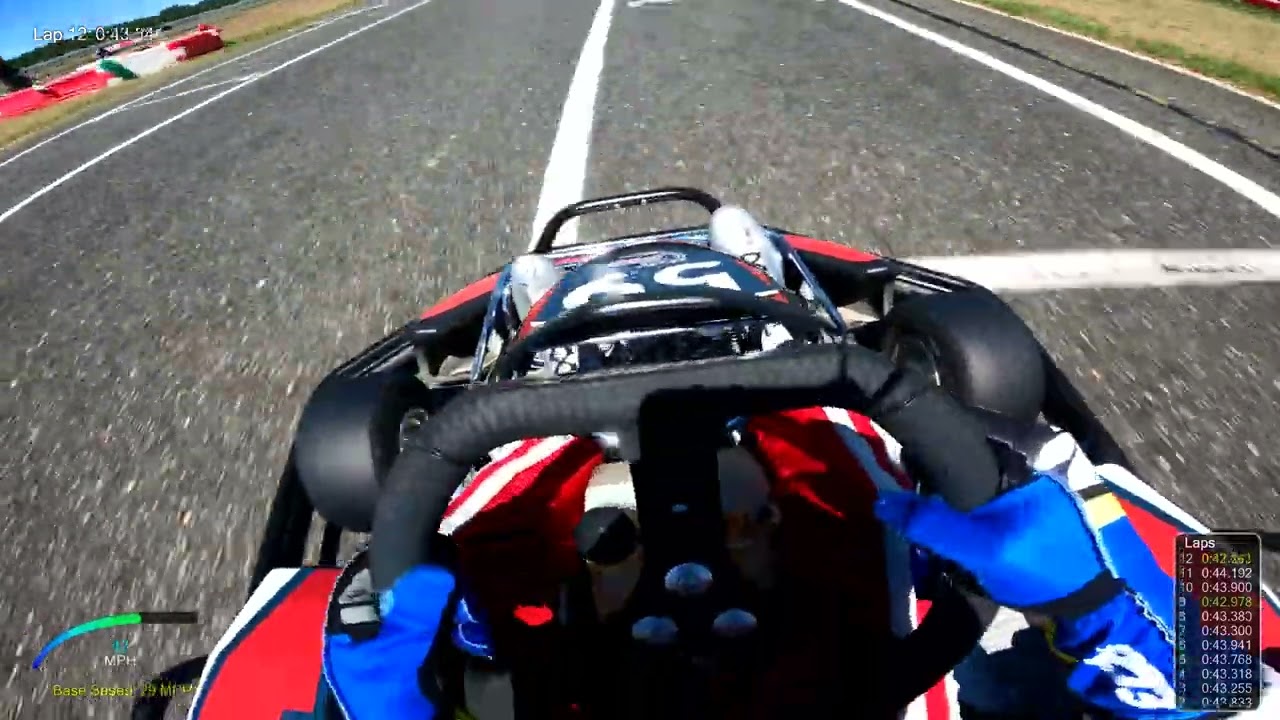 ✂️ I catch 23 who is having rear end grip issues. I proceed with caution and...

Then we have the shit kart and we start bleeding spots. I get walked by everyone between 1 and 2.

✂️ The tragically slow kart I'm in allows for some amusement as everyone...

So, in heat 4, with the KrapKart we lose 6 positions at least. Well that’s a game changer from having held 3rd for a while and 4-5 comfortably. Sigh.

Your footage was downloaded last night. I’ll put up my remaining 2 sessions and then I’ll do all of yours. I have to pick up Nick from camp tonight so it might be a couple days.

I have PTSD now from watching heat 4. Darn kart. Well, at least we have an excuse. That thing dropped us to 15 from third.

Question: Chris uses gx270 as the engine for his fleet. How does he get 11hp from it as opposed to the normal 9? It’s not a huge difference speed wise but it is about 1-2s faster a lap around this track.

What’s different, mechanically, do you think?

I’d like to do AMP in Nov (any interest @jfeder ?)

Sure I’d give it a go again. Also happy to just swing by and say hi if there’s anyone else who wants to sign up to run that one with you guys.

Ok lemme go ask nicely. I’ll be back to you!

Question: Chris uses gx270 as the engine for his fleet. How does he get 11hp from it as opposed to the normal 9? It’s not a huge difference speed wise but it is about 1-2s faster a lap around this track.

Exhaust + slight prep on the cams I guess. The exhaust on his karts are unrestricted, while the rentals from Sodi/CRG and others have 1 or more silencers.

We used to test this on the first gen Sodi RX8, remove the silencer from the exhaust, and we were gaining .5 to .7 on a 41s lap

Removing stock airbox and exhaust would bump it up enough.

It’s not a huge difference speed wise but it is about 1-2s faster a lap around this track.

Are you comparing to rentals they already have at the track with 270’s? Could be gearing too.