Stretton. Totally chilled place. Pretty much turn up with whatever and you’ll get out there for a race. My fitness was just so horrendous it was laughable. Never been that bad before. 2 years of no training and sitting doing nothing took its toll

Maybe being anti-clockwise made a difference coz usually I can break through the lack of fitness.

One of my favourite circuits to be honest. Sketchy as hell, but the flow is awesome.

I love the dry British humor. And my neck got tingly when your head fell off.

This might be me later this week if I get the kart wrapped up. I picked a set of Hoosier R70 tires from the bin to try, they are used with the 206 class in some placed and are meant to be a bit harder than the rest. Should make it fun with the gearbox.

If all else fails I’ll put a set of rental Duros on haha.

Maybe being anti-clockwise made a difference coz usually I can break through the lack of fitness.

I’m 1000% convinced that this is a thing. I think my body adapted to running CCW at NCMP over all those years, because any time I go to a CW track I feel like for a serious race I feel like I’m going to die

now I think about it there was a fast couple of rights I had no issue with. My god though I was bad through the lefts, I could barely hold on.

If all else fails I’ll put a set of rental Duros on haha.

I shoulda ran Duros, I woulda been quicker on them than the Vegas lol

Race is Saturday the 18th of June

Hmmm. We will ponder this.

We will ponder this.

We Will Ponder This Racing has a nice ring to it. Good choice.

Love the video…Should have put the old man out there!

The track looks like fun but I would be terrified of the trees and other hard objects, but of course I have a knack for going off in non-traditional spots.

I think we need more videos where the driver is interviewed.

As mentioned, we did the OVRP Endurance Karting race this weekend. It was a really interesting race for two reasons: It was just me and Nick, and it was rather wet. 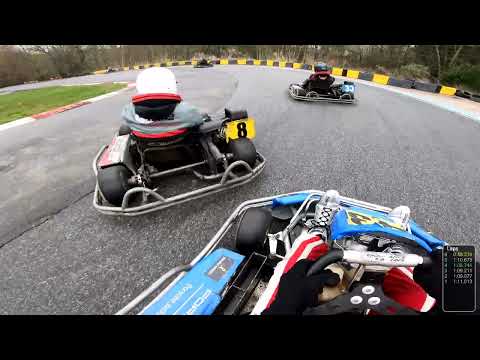 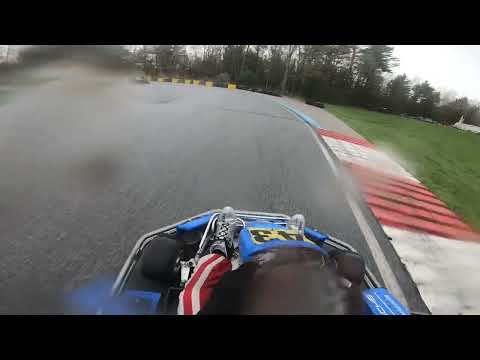 I don’t get to race in the wet much as I’m mainly on rentals and NJMP doesn’t run in the wet (rentals). So, I had to do my best to figure this out. 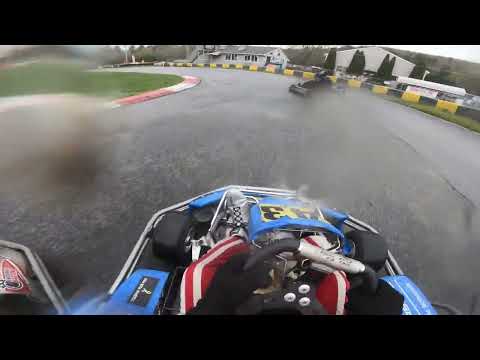 I think I made progress. I was able to eventually find more grip on the periphery of the track. It really does require you to go deep into what would normally be marbles. Upon review, it would appear that I could have been even wider into 5-6 and been stronger. 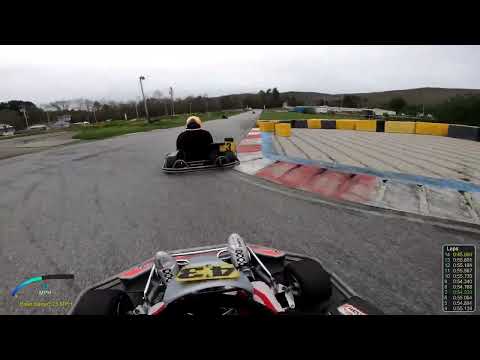 It was a really interesting day in that it began really wet and rainy and got progressively drier as the day went on. I think that in practice session we were easily running 1:15. By the end of the day I believe we dropped into the 52 and 53s lap range. Quite the spread. It was cool getting closer and closer to the apexes as the day went on and track got drier. 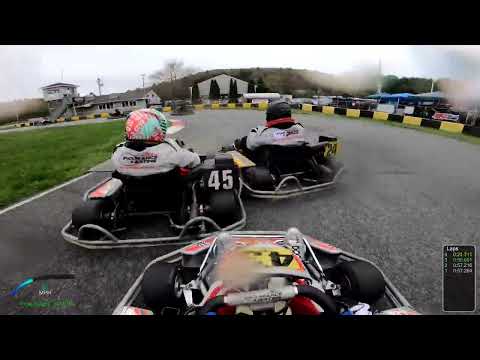 We did fine, physically. We did about 3 hrs each but rotated every 22 mins. Outside of the first couple heats (practice and quali) we weren’t too wet and cold. 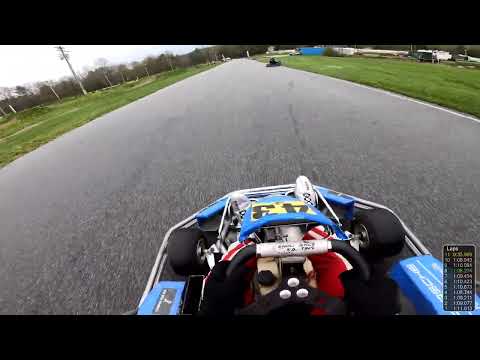 I don’t think we placed well. We had a flat tire kart at one point that was passed by everyone, alas. Was really odd, super slow in right turns. I guess we need air in the load bearing outside rear tire! 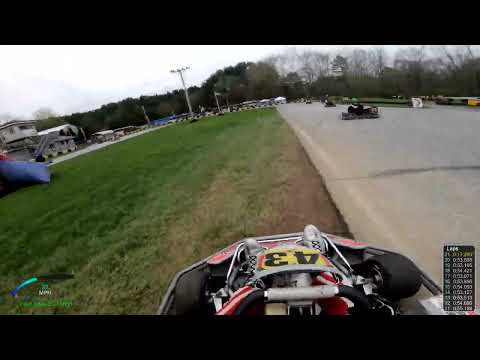 Regardless, we did fine and had a lot of fun. We both got tons of wet racing experience and enjoyed the day. Our next race in this series will be at Club Motorsport in NH in June. 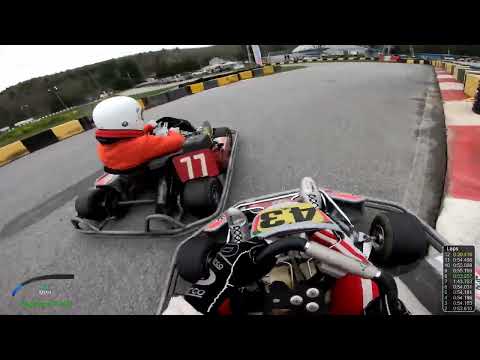 I miss having my fast pal, Tanguy, on the team. Team Baguette is not the same without him!

The track looks like fun but I would be terrified of the trees and other hard objects, but of course I have a knack for going off in non-traditional spots.

It’s one of my favourite tracks to be honest. It is sketchy, but it doesn’t bother me any more. I’ve had a huge road car crash and it’s like that kinda thing can happen anywhere at any time no matter what. There’s no point trying to avoid risk too much because in the end is costs more in life experience lost than gained in the minuscule decrease in individual life risk, if that makes sense?

Bondarev’s crash was gigantic the other week, and that happened on a wide open straight. 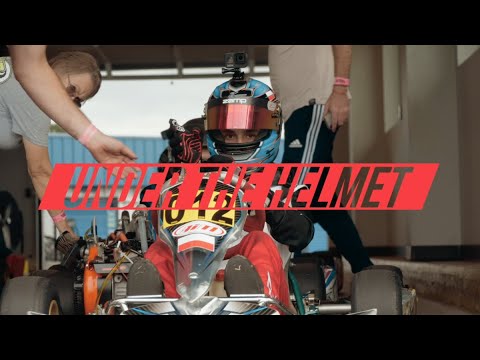 “I hate losing, that’s like the worst thing I can do. Finishing second, I might as well not even have started that race…”

It’s funny you say this. My wins have never been my best or most memorable races. The wins come easy, it seems. The ones where I had to really work for it, fight for it, are the ones that stay with me.

oh no, this was quite a old video so things have changed a little. when they filmed it i only raced at amp where the filed was quite weak.

Yeah, I realized that, but it’s still cool even though it’s dated. 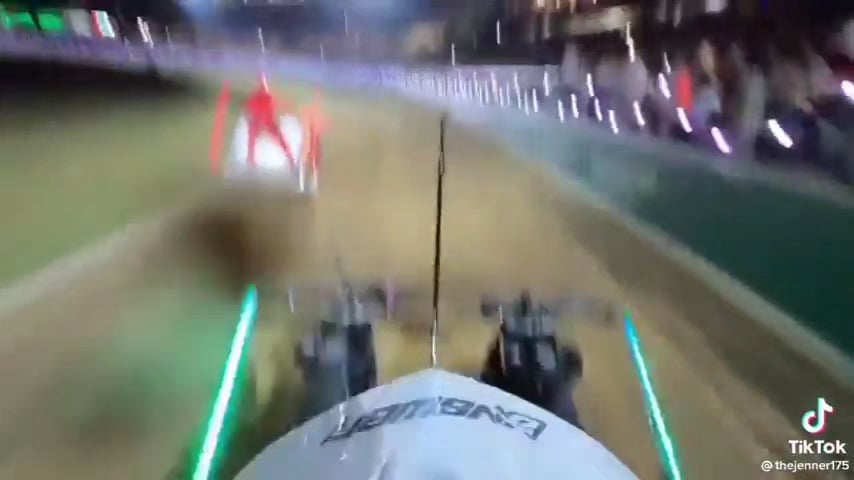 New meaning for Chariots of Fire!

Tanguy and his significant other scare themselves at the Ring. They were reportedly traveling at speeds of 167 mph. 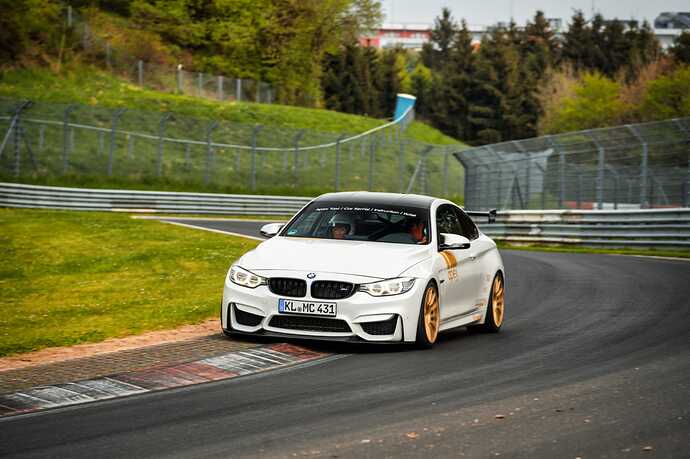 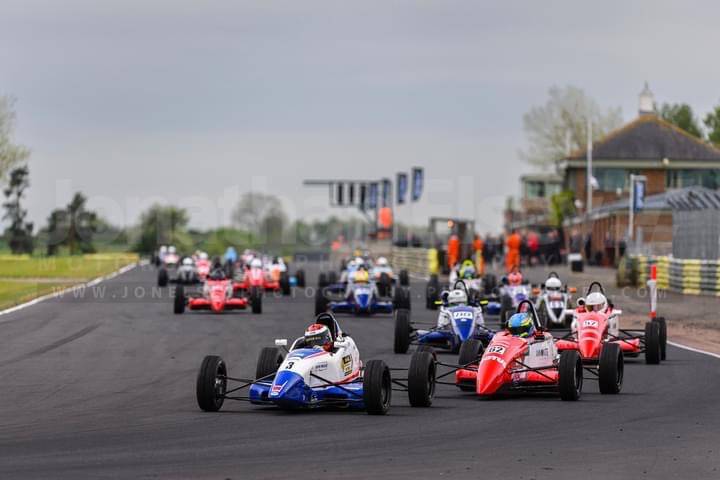 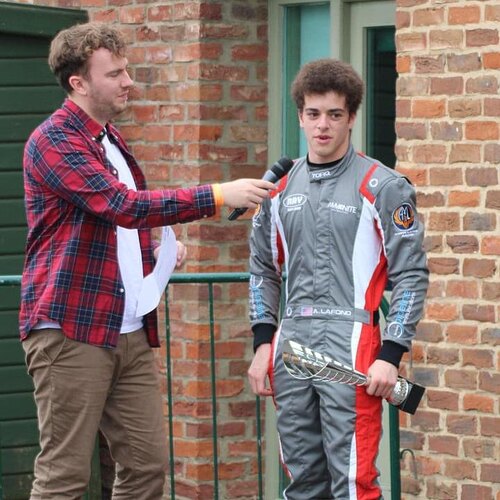