What kind of driving styles does wet and dry condtions require? And why does some excell at one and not the other?

My son is like you, and I’m the opposite.I am also curious to hear how the rain experts answer.

My observation is that good wet drivers, in addition to being good at finding grip offline, are good at rotating the kart forcefully, pointing it straight, and getting back on it hard. I’m constantly trying to have the tires be quiet and instinctively try to keep the kart glued down, in the rubber, which is slow as heck in the wet. Good rain driving seems to be more forceful in ways I’d avoid in the dry.

Now let’s hear from someone actually good at it. @tankyx

I loved racing in the rain, got most of my best results when it was wet as it is a bit of an equalizer if you don’t have the fastest motor. Only thing I can say is that imho you need to be very smooth and gentle with the controls. When you get it right it feels like you are gliding around the track. This is my experience from 250 gearbox road course racing. Sounds like the opposite of what Dom was saying but I have no experience with 100cc type karting in the rain yet.

As Dom noted, aggressive inputs, forcing the kart to flex and rotate and get traction on exit is key. Plus it builds tire temp. You also want to use your body a lot and lean yourself around, moving weight where you need to to get force into the tire and generate grip.

Basically, charge the entry, put a bunch of wheel in to help scrub speed off with the front tires, ride the outside line until the kart starts to rotate, then straighten and aim for the inside curb with both rear wheels on the group for traction.

@Terence_Dove’s book was a revelation for me in terms of rain driving. He knows it better than anyone. It took me from a timid and cautious (slow) rain driver to a confident and consistent (not Rainmeister but competent) rain driver, and I even think it helped reframe my mindset to driving a kart fast in general.

Wet equalizes everything a bit and maybe if your style is a bit over-aggressive and harsh, that actually helps in the wet but hurts in the dry. Could also be a combination of chassis setup not being as optimized for dry or your competition being especially weak in the rain so they start to come to you when it rains.

I had a driver I worked with for years coaching, and he would readily admit he was a perennial mid-packer I think… but when it started getting damp he came to life. Like going from being at best P15 to being fastest on the track. Once this became a regular occurrence we started a catchphrase for him; “marginal drivers excel in marginal conditions”

Not to say you or anyone else is a “marginal driver”, this particular kid was just a PITA and our humor was mostly based of him and I giving each other shit.

Yeah I was gonna say similar to TJ that my guess would be that the aggressive, physical style of karting, is generally not helpful in dry conditions. There, you are trying to be super-duper efficient and don’t want any energy being lost to tires making suboptimal grip due to aggressive inputs. Little moments of under or oversteer, basically. Think of them as unnecessary commas that throw off the flow of a sentence. Those little slip moments in the dry are pauses. They interrupt flow.

Instead, dry wants you to be silky and quiet, balanced.

When it’s not wet out, challenge yourself to driving with quiet tires.
See how little noise you can make, calm body, and see if you can identify/feel when you are bleeding momentum/grip.

Music is also an analogy. The timing of everything matters, massively. Discordant notes have a jarring effect. Ya gotta hold back a bit, inhale, then hit the note. You can’t force it, early or late. Not a musician but I find that driving to music can help you get smooth if you try to drive like the music you listen to, sorta. Oh, in this analogy, breathing is throttle. Exhale at the right time (accel). Inhale is brake/lift. When you sing the note, it’s not necessarily at full blast, yeah? Maybe it starts soft and builds to a scream? That depends on the corner. Some corners are Punk rock, some are Celine Dion. Throttle accordingly and your fronts will be happy and you will be fast.

+1 to Terence Dove’s bookie. It’s very useful to folks who are past the early stages and looking to get good. Lotta useful stuff there. His free chapter:

FREE chapter from my book on mastering your braking

I decided to put one of my favourite chapters out there from 'Learn How to Master the Art of Kart Driving' It's the chapter on braking...

Now let’s hear from someone actually good at it

As Dom noted, aggressive inputs, forcing the kart to flex and rotate and get traction on exit is key. Plus it builds tire temp. You also want to use your body a lot and lean yourself around, moving weight where you need to to get force into the tire and generate grip.

Basically, charge the entry, put a bunch of wheel in to help scrub speed off with the front tires, ride the outside line until the kart starts to rotate, then straighten and aim for the inside curb with both rear wheels on the group for traction.

Basically this. You can also play with different lines (not necessarily the full outside line) and you can use the inside kerb to force rotation

You can use the inside kerb to force rotation

I often try this, but you need to brake a bit earlier than the outside line for that. I am always scared to be torpedoed by a driver that drives the outside line and therefore brakes a bit later.

You dont do that in all turns, just in some specific ones

For OP, an example of what I mean by quiet tires, silky inputs: 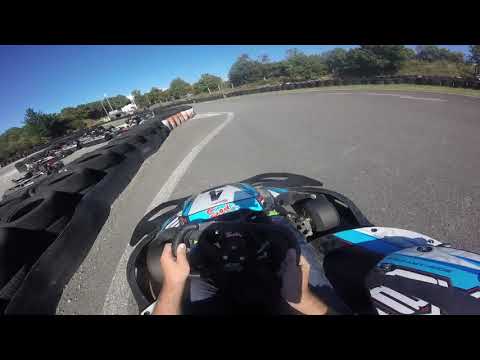 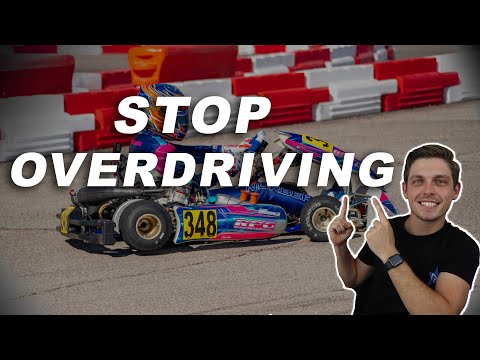 So imagine speed/energy as a liquid? I think I get it!

I’ve attached a video of me driving i think its pretty good and i dont think im overdriving, i might be wrong😁 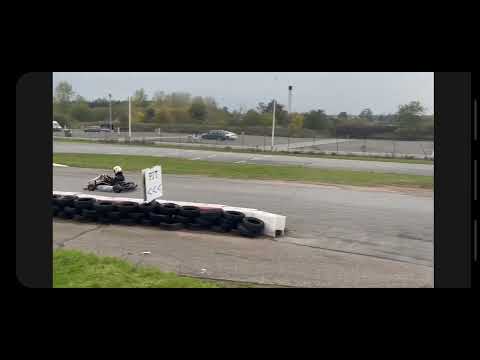 Yeah, you aren’t sliding around all over the place. Sorta hard to see stuff from this distance. Let’s see what the coach types have to say from this.

Is it easier to see in this ive slowed it down and im really smooth all round still 1.5 seconds off🤷‍♂️ 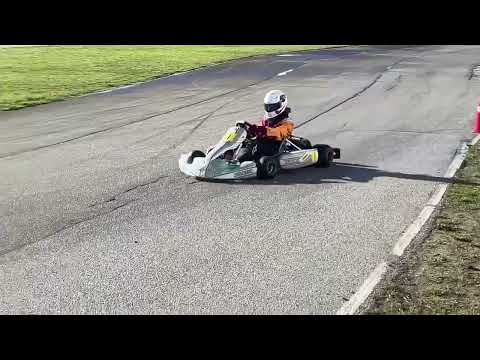 That helps a bit. What we hope to see is hands/feet inputs.

@speedcraft see anything that stands out? Punting a bit due to lack of clue and busy rn.

Hard to see anything in either video. Need on-board.

Generally if you’re smooth but slow, you just not driving hard enough.

By “hard” what do you mean? charging the corner hard enough, not carrying enough speed…?

I’m guessing he means basically that, either not carrying enough speed in, being a bit conservative in braking, etc.

Do you have any footage that shows you in races where your pace struggles in the dry? It would help to see your driving in relation to the field.

You may not have a Gopro or the like but it’s helpful to see from the driver perspective. Have you taken a look at footage from fast folks at your track to see if there’s anything that stands out as different from how you are approaching the lap?

What is your track called, what would be a series that folks might run in there that I can find onboard footage from?

Its called vojens motosport arena or just vojens gokartbane
And ive watched plenty of laps from tracks all around denmark and seems to me as im braking same as them and getting on the gas same as them
People run rotax mostly here
Im going to a race the 21. Jan i can get some video from there😁
A video from one of the fastest in denmark https://fb.watch/i0a5U0jTcH/

How far are you off the pace from the front guys in the dry?

When you’re running with the fast guys (in practice, or whenever), where are you losing time?
For example, everywhere, straights, certain turns, or certain types of turns.

And for the turns where you are losing time, where are you losing it?
For example, braking, entry, rotation/apex, exit?

Like the others, I don’t see any fundamental problems with your driving. Is your engine performing at a reasonable level?

I actually just got my engine back and engine dude said i should’ve got a bunch more bottom end now
And im approx 1.5s off in dry and 0.3 clear of everyone in wet
My dad and people say i loose a little on entry after braking phase to middle/apex
But we suspect the others to cheat with engines because we bought a cylinder from the biggest team here and it was very suspicious had to get it to importer in denmark to legalise it engine man thought it was illegal too…