What are you towing your race trailer with

So I have a 98 Chevy Tahoe (2 door) witht he short wheel base, so I think my max towing is something really low like 5K. Now I’ve owned my truck for almost 20 years, and although I still love driving it, and it runs great, its got 205K on the clock, so I’ve been (very) passively shopping for a new or used truck; as I’m about 99% sure that I’m maxing out its tow abilities with my dual axle 14 foot cargo trailer with a dry weight of 3,400 pounds. Then you add the karts, tools, etc and like I said I’m pushing it and it concerns me if I have to travel long distances.

Anybody in the same boat, and if so, what do you tow with? 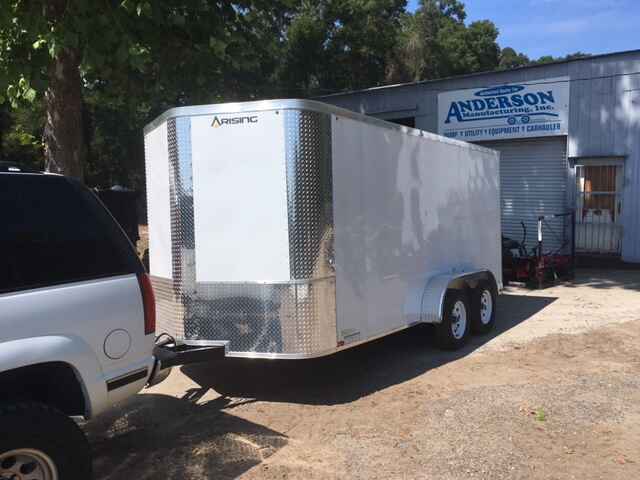 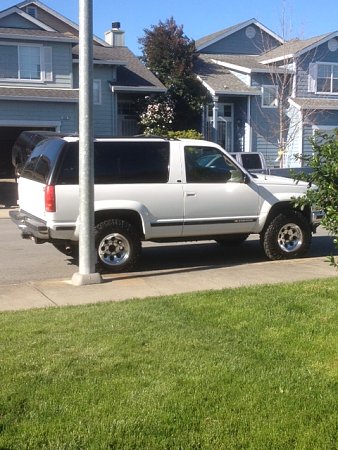 Whatever gets the job done… 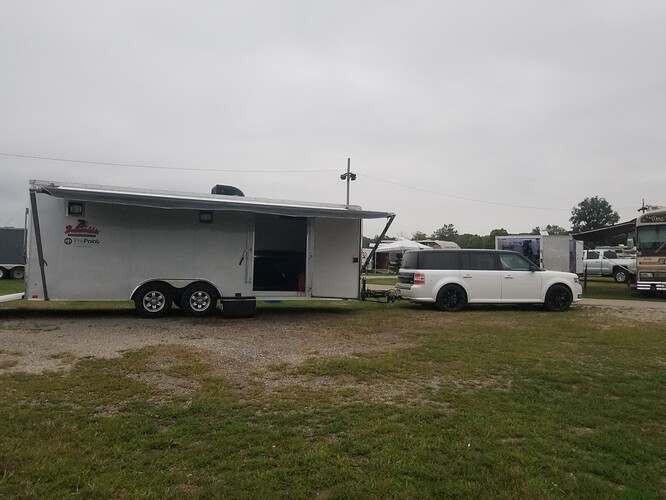 My 2018 Volvo XC60, she’s my baby plus she pulls my fully loaded trailer like a tank. 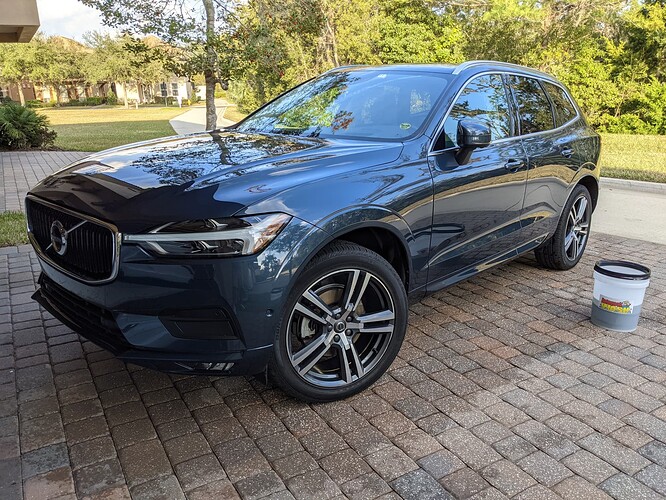 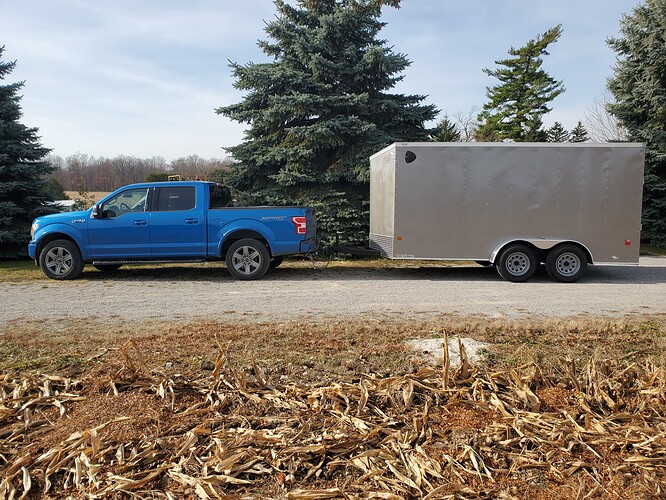 Currently looking at a toy hauler for more travel races.

I would guess you are fine. The Tahoe is a body on frame truck basically and usually pick up trucks are above 5k tow rating. It appears your truck/trailer is fairly level and you have trailer brakes if it weighs that much. I get it that nothing last forever but if it is mechanically sound it should continue to work.

You ask what other use…I’m not proud but it does the job. My Sienna is rated at max 3500 and all loaded up my aluminum trailer is at at 3k, My biggest issue was wind. The trailer even with a v nose became a parachute above 50mph. I added a roof top wing and that made a noticeable difference. 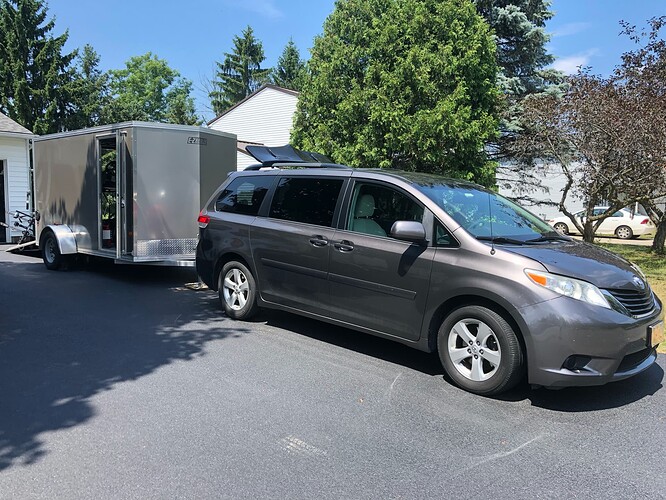 OK… I gotta ask. How well do you feel the Flex tows? That rig has got to get some looks from other drivers. We have a 6 x 12 enclosed trailer that we currently tow with a 2002 Honda CRV (with a manual transmission!) but it’s showing its age. We don’t want or need a truck and with the crazy prices for SUVs we’re looking for an alternative. The 4500 lb towing capacity got our attention as well being more like a wagon than an SUV. We’re going to be doing a tow test with one later this week; I’m interested to hear your experience with the Flex.

So, the flex tows fine @ 5,000lbs (Max load) its overloaded in photo as trailer is 5,200(25ft) empty only had a kart in it everything else was removed and it had plenty of power(Ecoboost), suspension seemed fine but had no brake controller so in a real scenario you really cant stop but with controller and under 5k I am sure it would be fine. I would be worried abouy transmission long term not exactly known for being real durable in the ecoboost flexs. Also, the flex fits into that trailer pretty nicely.

We normally pull trailer with an older E350 Van or a 2019 expedition both of which do great. (Van slightly better except it lacks power) 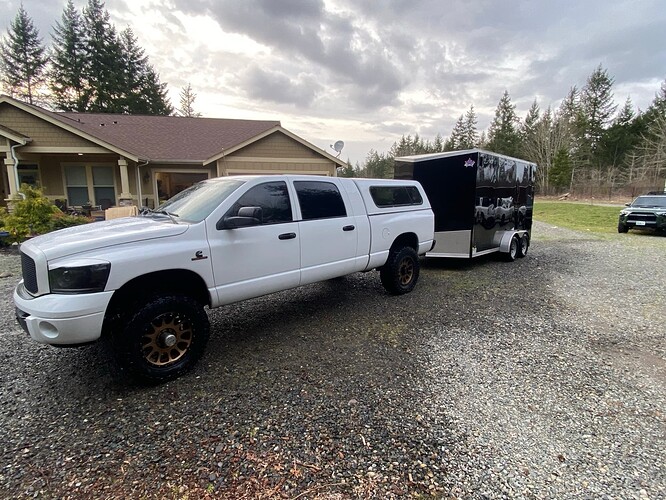 Before getting a F350, I used to pull my 18ft, dual axle, heavy-duty trailer with a 2004 Acura MDX, 160k miles on the clock. Be careful to stay within towing limits of car/hitch (total AND tongue). I used a quality weight distribution system (a must without a truck) and a brake controller…I always felt safe with that setup. It was extremely hard on my cars brakes and transmission though. With the F-350, I forget the trailer is even there…

I know you asked about the flex, but I’ll just chime in that if you’re looking for a decent tow vehicle without going to a truck, consider a Ford Explorer. I have a 2016 with the 3.5 v6, and its rated for 5000# tow.

Just since it is on topic. Upgraded to this setup in July 2020, it’s a 2020 3500 GMC Sierra HD Denali. Tows great, gas mileage is the only thing with this setup. It’s nice to be able to stay at the track when we are at bigger races. If we’re doing a day trip, then I just throw the kart in the back and go out of the bed since it is a long bed.

I had a 250k mile older Sierra with a 6.0L LS in it that was starting to rust itself apart but did a good enough job towing both the kart trailer and an open aluminum trailer with a track car on it. Biggest issue with that truck was the old 4l60 4 speed transmission that made the truck work harder than it needed to when towing got tough…it’d spend mile after mile in 3rd gear when driving up even the smallest of hills or into a headwind.

upgraded to a new 1500 sierra with the baby Duramax diesel and 10speed transmission last year and couldn’t be happier. Does everything I need it to do and you can hardly tell the trailer is back there. I will say I’m sure the new gas engines with the 8 and 10 speeds are probably leagues better than my old gas engine was but the diesel is the icing on the cake for me in the new seutp.

Been thinking about the GM 3.0 inline 6 turbo truck, everyone I spoken to say they love it. Last guy I spoke with said he was getting something crazy like 31 MPG towing, which he said exceeded his expectations (and the stated mileage rating by the factory) by a long shot.

He’s telling you stories but the mileage is pretty good. If you are in it for mileage only try to get a 2wd truck and get the Chevy over the GMC it gets about 2mpg more based on more aerodynamic front. 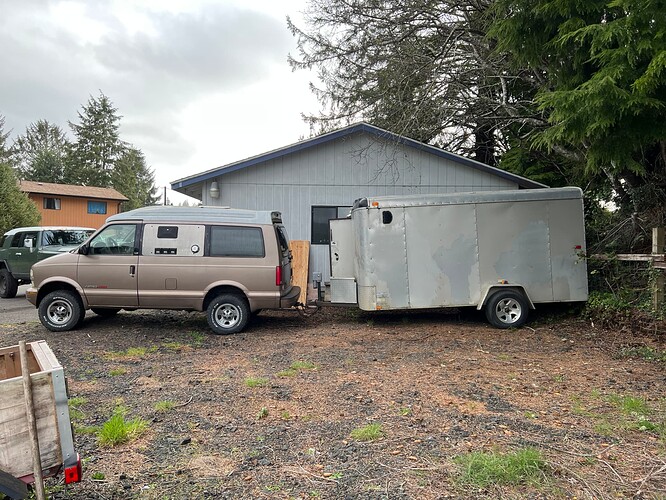 I want a camper van like that. With a TJ airbrush job on the sides. A barbarian driving a kart whilst wielding a broadsword. 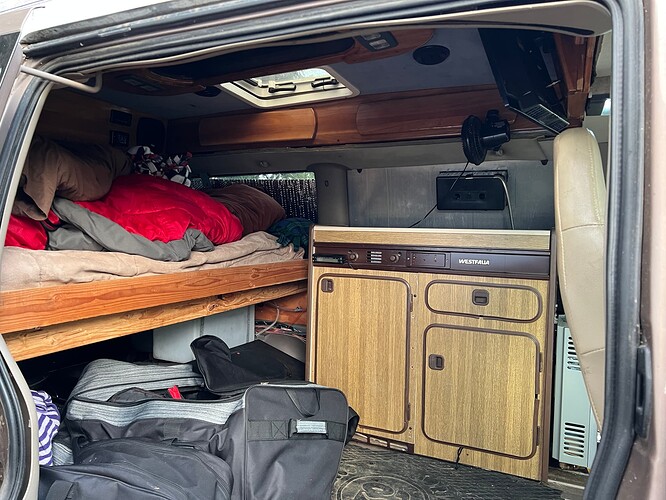 It has a completely functional VW westy kitchen, propane powered outside shower, 10 gallon water tank, diesel fired heater, and a tv tied into the in dash dvd.

I haven’t decided if I want to install it on this van yet, as I’d really like a 158” sprinter, but I have a 760w solar setup with two lithium batteries and a 2000w inverter I got last year. It could easily replace having to pack my Honda generator to the track.

I second the mileage! Towing karts is about 15-16 at 70. Slowing down to 55 it creeps up to 18. This is a 7x14 extra tall with a slanted nose. Generally a kart, stand, table, compressor, tools and all the extras. I averaged 15.2 going from Denver to Grand Junction.

I’m on the fence on buying a diesel vs. some of the newer V6/Inline 6 turbo trucks. I was holding out for the Tundra, until I saw that hidious rear end and then learned about the waste gate issues requiring a fix where the body has to be seperated from the frame. I bet the Toyota mechanics are really upset with the Toyota Engineers.

Now Ram is killing off the 5.7 Hemi, and jumping into the inline 6 turbo game, and overall, between the diesel fuel costs and some of the horror stories I’ve heard from new age diesel/ DEF owners, I’m not as enthusiastic as I once was about going the diesel route.

At the end of the day I need Ford F-150 towing numbers without going the Ford route (I have my reasons). That is why I was entertaining the idea of the Nissan Titan XD, as its a happy in-between.

The new Nissan stuff isn’t bad, but any previous generation stuff is just basically out-classed in every category by Ram, Toyota and Ford. Even the newest stuff has some laughable shortcomings, but seem to be pretty decent trucks overall.

The F-150 is the best selling vehicle for many reasons, and my dad has had a few F-series trucks in the last few years and they’ve all been pretty good trucks.

Ram has stepped up the game big time in their recent trucks. Tech, features, and capabilities are all really competitive.

Too bad about the question marks around electric truck towing, otherwise the new electric trucks (Lightning, Hummer, Rivian) are pretty damn cool with a ton of awesome capability and features. And the pricing is even getting fairly competitive with traditional trucks’ higher trim levels.

If I were going to going to buy a truck (I’m more of a van guy), I’d go with a last-gen Tundra or probably a Ram.