What do you do in the offseason

Those are console titles. There’s a bunch of car/kart/unicycle stuff for PC beyond all this. Ie Race room, iracing, beamNG, euro truck simulator, etc.

yeah unfortunately I dont have a pc, so those arent an option. I might look into a cheap build in the future but thats not for this forum. $500 could get me a lot of races

Any news on this amazing idea?

It’s probably annoying and not much fun, but realistically the most useful thing you could do over the winter is work on cardio and core.

Yeah thats probably the best idea. Fortunately The sport I do is year long and keeps me in shape.

I hope to offer rentals on a frozen lake at a location near Minneapolis where I live… Initially hoped to started taking bookings on Jan 3rd, but I think I’ll have to push that out. 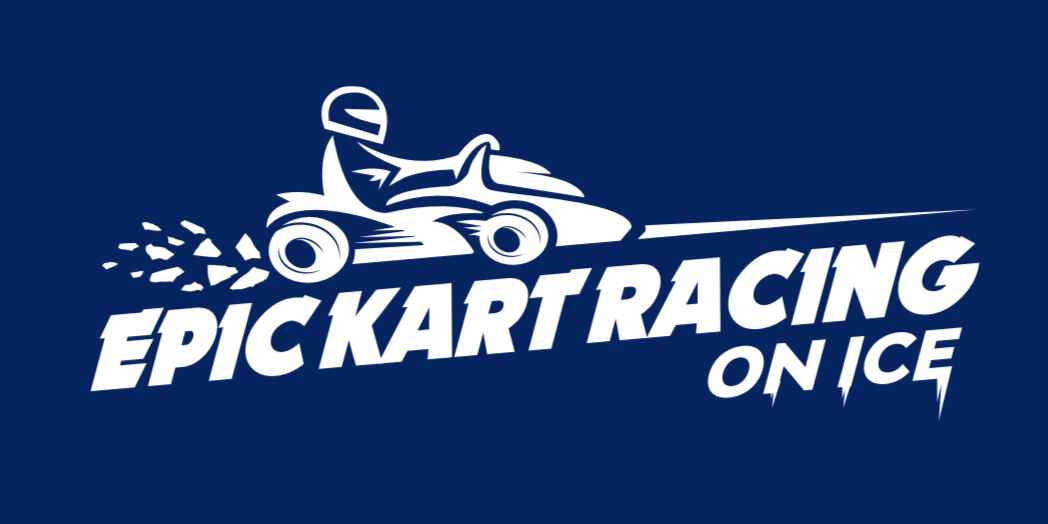 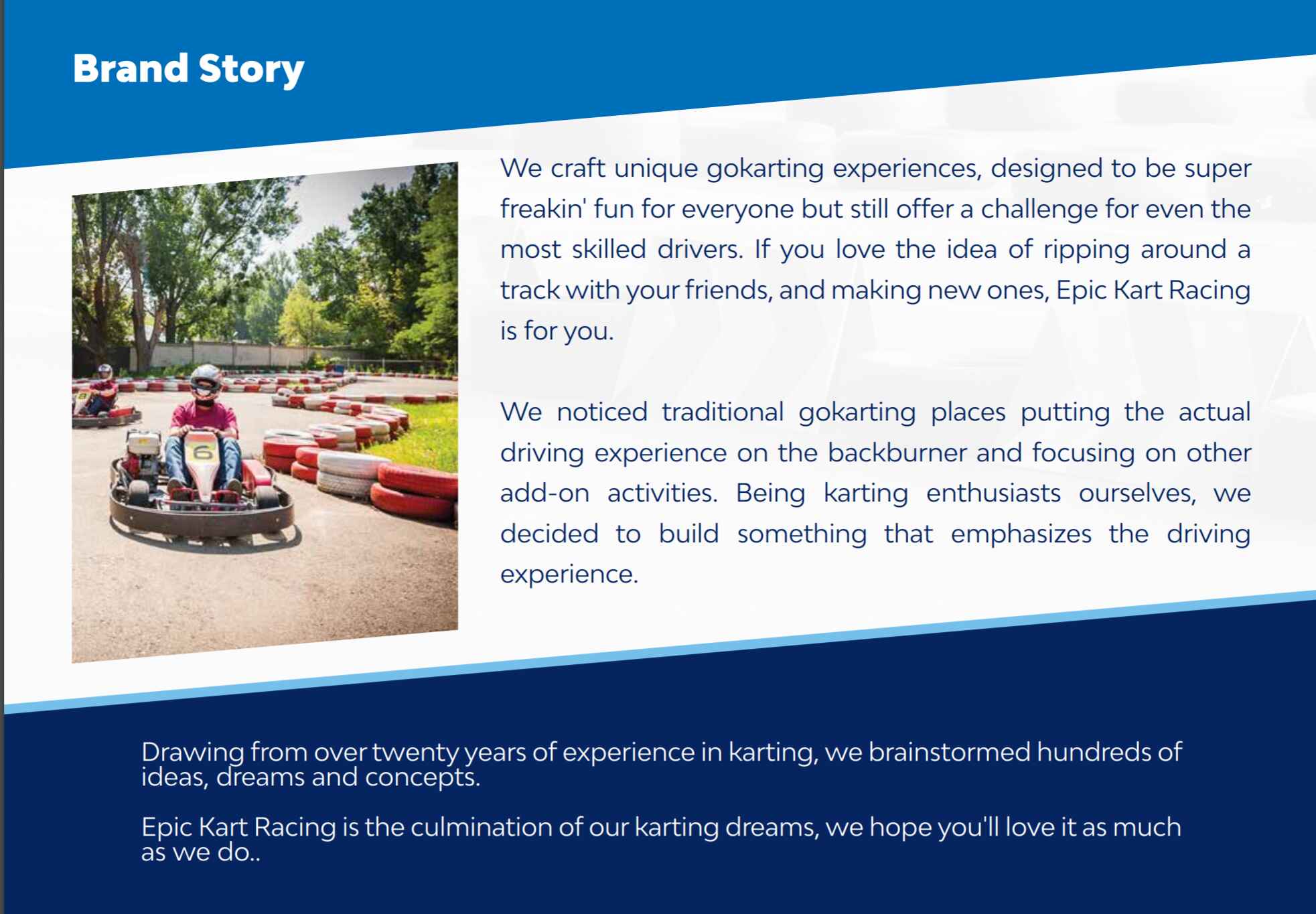 Location is the biggest challenge. Finding lakes is easy, but figuring out who controls the access has been hard. Sure, I can easily just turn up with my own kart and rip around practically any lake. But obviusly operating a karting business on there without permits of some sort is just asking to be shut down…

Of course, with evaluating lakes comes track layout ideas…
Here’s Lonato squeezed onto a lake about 8 mins from my house… 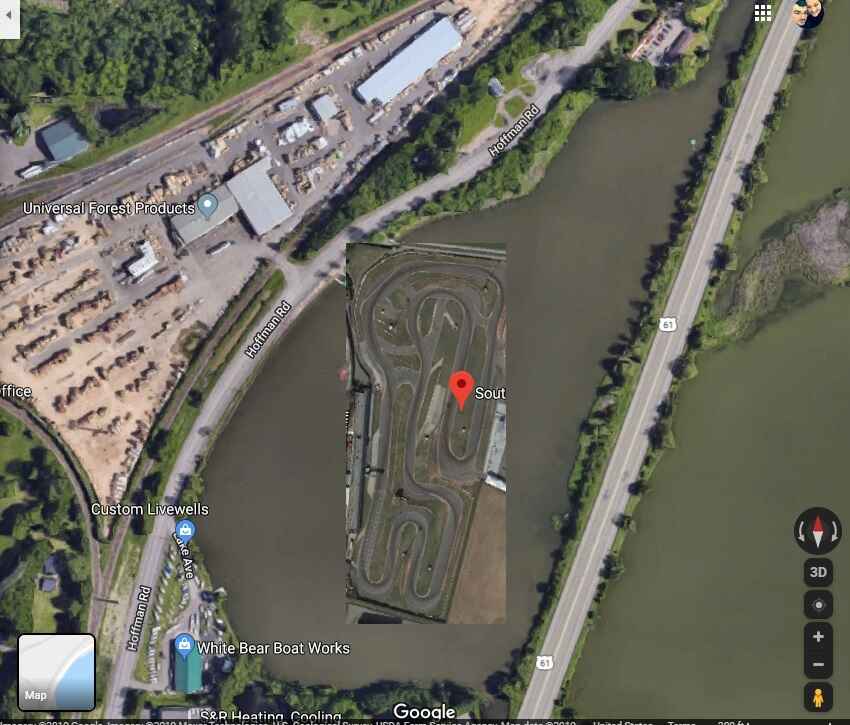 The frozen lake pictured above from last year is still an option, but it’s 1hr north of where I live.
That said, interlagos in it’s entirety fits on there haha 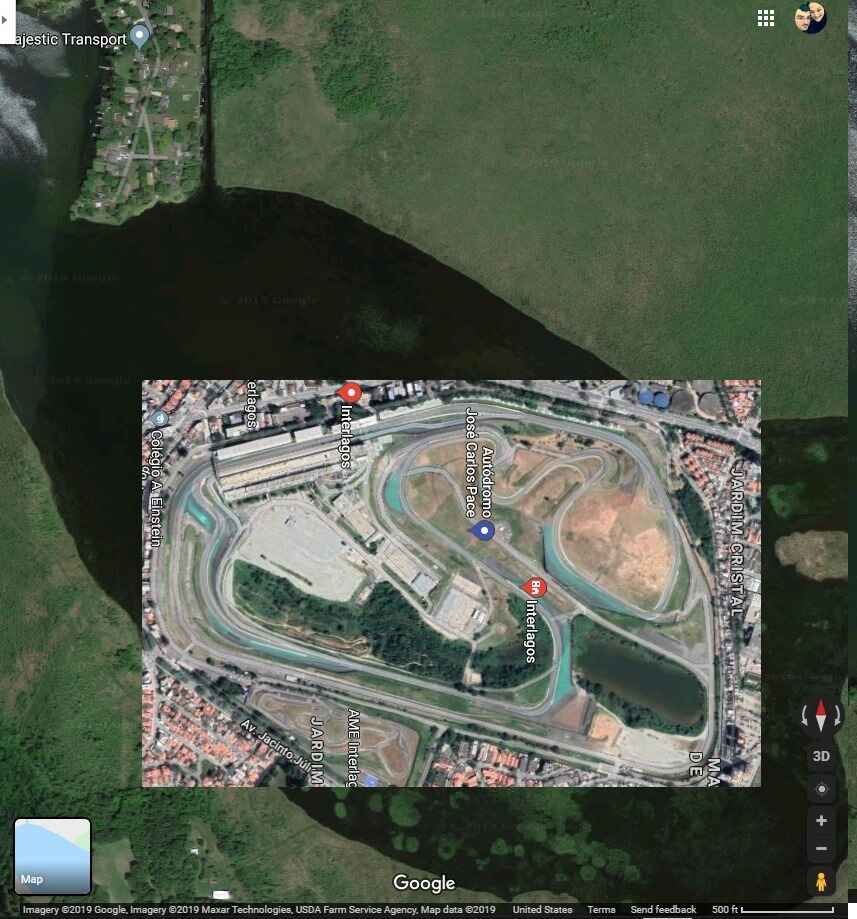 That’s one REALLY cool thing about this you can prettymuch build whatever you want. The frozen field of dreams for kart racers

The biggest challenge is trying to figure this out and run it on a limited schedule as a side project. Right now I think I’m looking at running every other week on Fri, Sat, Sun. Between that and limited daylight hours, it’s hard to make the numbers work when I really only have until march before the lakes get a bit sketch.

Lonato has never been closer

Wow. That’s gonna be super cool. I actually have some family up there that I am visiting in February. I’ll post my questions on the separate topic
Edit
Didn’t realize that other topic has only introduced your backyard track. Are you going to introduce it on that topic as well or should I ask the questions on this one

I’d love to do this if it happens. What kind of karts would you be using? You could combine the best parts of the best karting tracks to make the ultimate track

Here in Texas it doesn’t get too cold even during the deep winter months so the hope is to get some practice in with the new kart before the first race in March.

The karts (well engines) will depend on how much space I have. They’ll be four strokes of course. I might add gas candy to them for a little upper end lube (and smells).

Chassis will be typical rental karts with wraparound bumpers.

At least that’s the starting point. I think a 100cc aircooled kart would be a lot of fun.

This is when I start wishing I didn’t live in New England. I can’t imagine not having an off season

100cc would be super cool but very expensive. 4 stroke is still great. As long as it has an engine it’ll be fun on ice

It becomes a whole lot more expensive though

Would love to hear more about your experience…So few people try both dirt oval and paved sprint.

So i’ve been doing the dirt for 5 or 6 seasons. Started out as total play, used a sprint chassis with a yf200 with 6" tires and offset the whole thing. The season after i still used the sprint chassis (an american one with adjustable heim from end) but i built a modified gx390 to run the UAS class. That’s the year i found out how important good tires were, i was using unprepped Burris B33B tires and they just were too hard for that application. A guy i knew from Sprint blew his engine and ended up not racing so he lent me a set of prepped Maxxis tires and boy what a difference, i went from struggling to stay with the pack and spinning occasionally to mixing it up with some of them. This was at the Buddha Kinser (BK) memorial race in Salem, OR which is basically what my whole dirt program is about. That year after getting those tires i was able to race through the C-Main but missed the transfer from the B-main to the A by 1 or 2 positions.

After that year i decided i wanted a purpose built dirt kart and i needed to learn how to prep tires. So i picked up a used Millenium kart for $1000 or so that had the wedge style bodywork i wanted. I strapped the gx390 to that and went racing. That year ('16-17) we also picked up a used kart with a yzf426 on it for my brother to run the UAS also, however it was not up to snuff so we rebuilt almost everything about the kart before taking it racing. Unfortunately that year at the BK during practice my gx390 broke a rocker arm and i was unable to run UAS, i did borrow a 206 and pulled the side panels off and ran in the 206 heavy class and i think got 5th. My brother made the B-main but got distracted watching my race and forgot to get to the grid with his kart (the races move pretty fast).

The next year i gave my Millenium to a buddy to strap one of his KT’s to since he was no longer using them in Sprint. I then picked up another used kart (Buller) which had a Rotax 250 single cylinder snowmobile engine. Did a bunch of work to that and it did pretty decent but a little down on power compared to some of the engine packages. My brother unfortunately was unable to make the BK race that year and so i had the two karts to use, i tested both in practice and even though i was a smidge quicker with mine and the Rotax i decided to race his with the yzf426 as it better racing capability. I did alright but missed out on the A-main once again.

Last year we sold the 426 and my brother inherited my Buller kart in which we installed a crf450 which had the gearbox cut off and ran a jackshaft. I picked up a brand new Roby Kart chassis and installed my Aixro Wankel. That wankel really moved, but still working on a few issues. Running an electronic ignition in preparation to move to EFI eventually, but we had an issue with power draw on the battery that was causing the spark to not be able to keep up with fueling so raw fuel went down the pipe and burned up a muffler or two at the BK event. I strapped (hurriedly) on the ol’ Rotax 250 and went out for my last heat and the spark plug popped out, it was just loose. Got that sorted for the C-main but wasn’t able to transfer to the B, the competition just keeps getting stronger every year.

This year we’re all running the same packages, though i still have some issues to sort with the wankel. Might go back to the stock ignition, also have a charging system in the works to keep voltage up in the battery. So far though i’ve been down racing once with my Wife and Son, my wife and i shared her Trackmagic KT kart and were fast but had a multitude of issues which took us out of the races. My son had his first race back in a dirt kart after a few years and ran 206 light finishing 5th with a bent side panel after an incident. Now we just picked him up a kart of his own that should be a little better and I have to get it together for a race in about 2 weeks. Also gotta get mine ready and fix the Wife’s, never enough time in the day.

Very cool. Thanks for sharing that.

Gage, It’s more expensive for you because who you have to race with. Once you’re away from them, you won’t have as many broken parts. lol