What video editing software are you using for YouTube?

This GoPro and video editing is new for me (and so far I suck at it). I’m not a tech guru and everything I’ve tried to do (which seemed straight forward) isn’t.

What are you folks using and/or recommend?

Allows for displays for telemetry.

A powerful and free movie editor (plugins cost) is hitfilm.

For general video editing Davinci Resovle has a free version that is totally adequate, full license version is widely used for big screen movie editing. It doesn’t have a function for data overlay, but worth mentioning for general gopro editing. Testing out RaceRender for the overlay and then into Resovle or vise vera is something I want to test out soon.

In the past I’ve used Dashware but GoPro made a point of working their magic after aquiring it (it’s been absorbed into GoPro software sorta kinda so guess there is that positive to mention?) 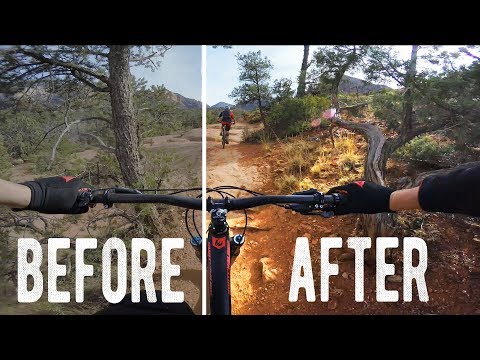 Da Vinci Resolve Free for me as well after any overlays from RaceRender.

Challenge I have with using race render and then a video editor after to do titling is that it compresses everything. Twice. I always seem to have potato looking vids with compression artifacts.

I use avidmux to quickly append and cut videos. It’s a lightweight, simple, and fast program.

I use avidmux to quickly append and cut videos

This times 100000000.
It should be a new rule to use Avidemux to losslessly cut all the extra garbage from your gopro video before uploading.

You don’t even need the laptop\desktop editing the video to be capable of playing it smoothly for Avidemux do it’s job.

Maybe I should have retitled this thread, “A Dummies Guide to Video Editing for YouTube.” I’ve noticed pretty quickly you folks are on another level (knowledge base wise).

At this point I feel like a little kid sitting at the dinner table when the parents tell each other, “I think its time for Timmy to go to B-E-D.”

Meanwhile Timmy sitting there thinking, “ I don’t know what this B-E-D situation is all about, but I’m pretty sure I’m not going to like it.”

Okay that ‘sabout as much of Comedian John Mulaney’s act that I plan on butchering, lol.

So I don’t know if its my GoPro or iMovie, but like my video footage isn’t even video footage. When I try to download it, instead of a video, I get thousands of still pictures that (if strung together) could resemble a video. 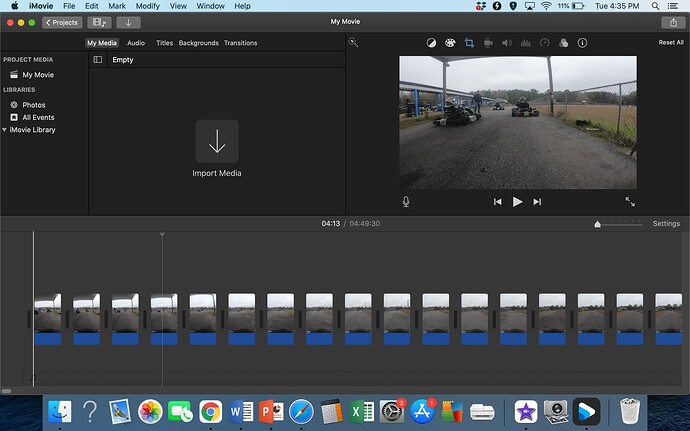 You want avidemux for the simple cut excess and combine the parts of a single session.

Are you sure your GoPro set to record video and not take snapshots?

Also, 4:49:30 is a ton of footage to weed through… Are you turning your camera off between sessions?

How do you get 4hrs of battery life? Maybe it’s doing like TJ said, it’s set on something other than video.

What camera exactly do you have

Its set to record video, so I hae no idea why its doing this. I did a youtube search, but didn’t find anything addressing this particular situation.

There is a mode that does lots of single images. Not sure what its called. In any case I learned most of what I needed to know from youtube once I had the software figured out. 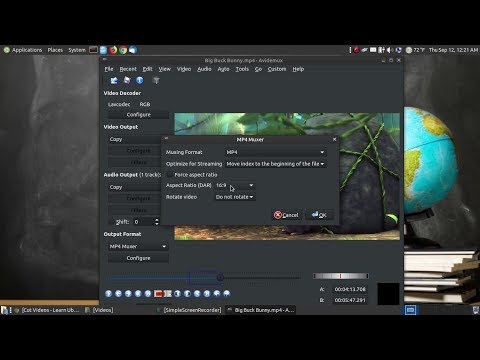 Gopro has its own software I believe they call it Quick now. It’s free and relatively straightforward to use, but is painfully slow it seems.

Yeah I’ve tried using Quick, but my iMac doesn’t recognize the camera when its plugged in. But when I open iMovie, for some strange reason it does. Technology is great when it works, lol.

I almost never plug the camera into the computer to download, I just pop the SD card out instead.

Eliminates any issues trying to find the camera or the computer trying to open software on its own that it thinks I’ll need.

Well it’s as supported as just about any free software. Haha.

I’m with TJ, always take the memory card out and put into the computer to get your files. You’re just introducing unneeded complication putting your camera in-between your files and the comp.

I kind of have removed Quik from the workflow. It’s primary benefit was that it would download the files when you plug in the camera to Pc. That feature doesn’t seem to work with most models anymore.

Other than that, not sure what it’s good for. It allows you to make 30s music videos which is cool but of limited use for me.