Why do you wear a rib protector?

Inspired by a recent observation, where I was at a race and noticed about 3/4 of the field was wearing rib protection, while 1/4 weren’t. It did appear some might have been wearing race jackets with built-in padding for added protection, but that is a guess on my part.

Ive always worn one and still have had rib injuries , they don’t gaurentee rib injuries not to happen but they help , and some people are lucky and don’t wear thenm and never have a rib injury , pretty sure its mandatory in alot of clubs , it is mandatory around me atleast 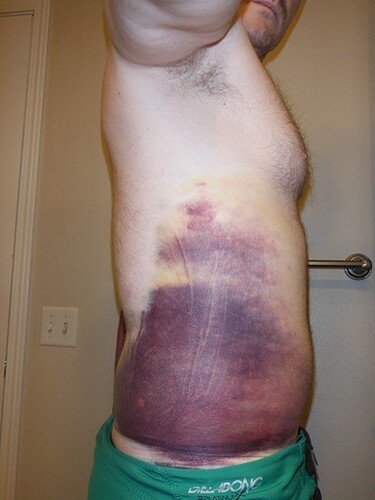 Rib injuries are the hidden tax of Karting. Unavoidable.
I made the mistake of my first day not using one. Used one ever since. (And still bruised ribs repeatedly).

hahah i would never get in my shifter without one , i’ve seen new people come in and be like naw I don’t need one , 10 laps later there crying lol

In 2014 I separated my ribs badly on the left side in a race and then broke my ribs on my right side at another race. I was incapacitated for months and didn’t fully heal for a year or so.

If I don’t wear a vest now, I’m in a lot of pain after a few laps. I think not wearing a rib vest is kind of a silly risk. In a 206 you probably don’t need one as much, but if you ever move to something faster, you’re going to want one.

Also, it could take just one weird hit or bump in the road or a crash and you could really screw your ribs up. That’s how I separated mine. I was beating on them pretty good and they were getting more sore and more sore, and then I just caught a weird bump in the track at the wrong angle and it was like someone had hit me with a baseball bat in the side.

Rib injuries can take months to heal, and they hurt really bad and there’s not much you can do for them.

I don’t see any downside to wearing a vest.

At Summernats this year I ran a session without one (forgot it when leaving the tent), and it felt like I was driving naked

Oh god I hate that feeling. I forgot it for one heat and felt like I was made of glass. And yeah, the rib injuries never go away. One turn without it on and my rib pings/complains.

For the record I usually wear one, unless I forget, which has happen once or twice. But I’ve never experienced a rib injury (Don’t want to either). I was watching a 4 stroke group, comprised of several 60 something’s that were not wearing them. It struck me as odd, but they wear motorcyle looking jackets, so I’m not sure if those jackets had built in protection and thats why they weren’t wearing rib protectors? A few of you mentioned the difference between 4 stroke vs. something like shifters, which makes alot of sense.

I’ve hurt my ribs in Briggs lol believe it or not never had any issues in my shifter , get in a briggs and bam cracked ribs on the left side brusied ribs on the right mind you I think the seat contributed to the problem as it wasn’t my kart ,was trying to show a buddy that his lap times were crap because his driving habits and not his setup lol showed him but payed for it , he got the last laugh

I answered for my daughter because she was told to. When we started in cadet, she had to wear a chest protector, and so she wore an Armadillo. As we moved up in class and it became an option to wear one, we just kept wearing it as precautionary against any potential injury, and comfort against the seat. She’s been wearing a Tillet P1 women’s cut for the last 2 years, but next year she’ll be able to wear the Bengio Bumper Women’s model (Christmas present). I can already tell the Bengio has thicker padding than the Tillet, so I am sure she’ll like it.

When I started Karting it was recommended to get a rib vest. I bought a K1 vest that was little more than 2 layers of thin plastic. About the middle of the first seaon in the middle of a turn I thought my seat went though my side. Turned out just a brused rib, but had to miss a couple of races to recover. I changed my seat to the DeepSeat and that worked really well. When I had to change seats I moved to a Bengio and while it helps the Deepseat was a better soluition the ridgid vest is the more practical.

Bob,
When I hurt my ribs the 2nd time, more seriously, I ended up using both the deepseat and the rib vest. This solved my rib problems.

didn’t fully heal for a year or so.

Actually you never fully heal. Once you’ve torn the little muscles between your ribs, they only ever heal as scar tissue. Weakened for the rest of your life. The difference it makes driving is whilst pre injury it was only the 2” kerb that would cause problems, now you find the 1” kerb hurts too.

I only ever have tried two protectors, Alpine Stars and Bengio. Had rib injuries aplenty still with Alpine Stars and almost gave up karting. Then tried Bengio, for me at least that one works wonders. Never had another injury since using it.

I’ve hurt my ribs in Briggs

Ive hurt mine in a rental! Getting punted at 45 deg from the rear corner (bloody Canucks)

Rentals or race kart, I never ever don’t have my Bengio on. On the inside. Bad kart etiquette to wear it on the outside

Someone told me I should get one. Now I wear it because it makes karting 1/10 as painful.
Here’s a picture from my first day karting 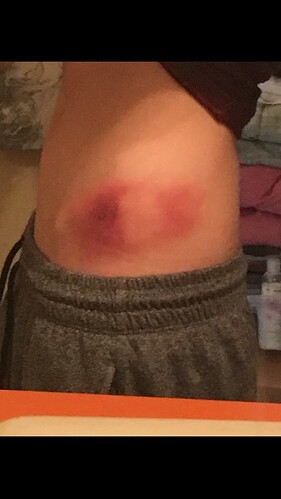 I had a aplinstars,sparco,and IMAF now have a Bengio and will never go back to anything else and if by bloody canucks you mean canadians ,yes we are a little aggressive with our driving lol

Ive hurt mine in a rental! Getting punted at 45 deg from the rear corner (bloody Canucks)

Revenge Tbones are pretty common. It does require a total asshat to intentionally do that but it’s not unheard of. Happened to me.

When I started racing karts a while back I made the mistake of not using a rib protector while racing in TAG class and cracked a rib in one of the first races. It only takes hitting a kerb the wrong way to be in pain and not being able to race again for a couple of months to realize that it’s a necessary item to use. Keep in mind there is no suspension on a kart other than your body and the fiberglass seats are relatively stiff compared to other motorsports. And the use of sticky tires with two-stroke power amplifies this risk also. Just make sure to get a rib protector that fits your body/ribs properly. I tried a Sparco which damaged my ribs again, but switched to a Ribtech and haven’t had any issues since.