I’m bored. And thinking out loud. Fuel injection has made it to about everything except sprint karting. The dirt guys are even running injected stuff. So will we see it come to karting? Or is it just to hard to regulate when all tuning switches to a laptop?

The dirt guys are even running injected stuff

This is really just a handful of outliers in outlaw karts though no?

Ok amuse the mechanical moron… if so inclined.

What is benefit and drawback of fuel injection?

I am guessing greater efficiency and tune ability but additional complexity and weight?

The weight should be marginal. Tuning would still be a dark art. But it would open up shops to sell tunes. No more adjusting for air density as that would be compensated by the ecu. Then it comes down to 4 stroke vs 2 stroke. I think it would be interesting to see a comparison on track. Kinda like super cross used to do. When guys ran the 450 4 stroke vs the 250 2 stroke. Both had their pros and cons.

Really I’m just curious and thought the discussion might be interesting.

Ty. When I see fuel injected as a selling point for a normal car, what’s the benefit?

Efficiency. Tuning to volumetric efficiency. Transient throttle response should improve because you’re not limited to where the needles line up in the rpm bands.

That’s where I have seen most of it. Guys running 450 Yamaha motors in outlaw. Then started thinking why not run an injected motor on sprint.

Thank you for that 20 char

Ty. When I see fuel injected as a selling point for a normal car, what’s the benefit?

There is less value in racing than street cars. Racing vehicles are used over a narrower RPM range. Racing vehicles are warmed up before they are used. Most club race vehicle have little concern about fuel economy. One area it would be interesting to see if there is improvement is engine longevity. Cylinder wear better in FI because cylinder walls are not washed down with gas. FI is less likely to also lean out the motor at high RPM. Most racers would benefit from more engine longevity. Of course we would probably just take advantage of it to get more performance instead of more life and be at the same maintenance schedule while running a half second faster.

Maybe the question is… which classes/engines would benefit from it the most?

In general, EFI just doesn’t seems to bring good value when you compare it to the cost of (most) kart engine packages and the fact that most of those packages are spec anyway…

If we say the 206 is the most commonly raced engine right now, the cost of bolting on EFI would be at least $250 + time. Benefits would be pretty marginal I think. You have to carry all the extra “schtuff” to run the EFI as well as protect it from weather and hope that any one of those parts doesn’t fail on your unsuspended, pavement pounding vehicle.

On the other end of the scale, implementing EFI with two stroke engines that rev in the 16,000K RPM range is challenging. I know Riley Will of BRC engineering has worked on a system for it comprising of two injectors, but I think he said it would be minimum $800 DIY. That kind of an application is trying to meter/time fuel impulses in the same window as a four stroke at 32,000RPM because there’s an induction cycle for every crank turn.

Having said that, I’d love to play with an EFI kit sometime… and maybe a little bit of boost. I have about 20x 460cc engines here sheltering from COVID ha

I agree LO206 is not the place. It would need to be in the shifter or high end two stroke. Shifter would be cool because it would make no lift shift a no brainer. As for 32,000 rpm comparison, I do not think it is a big deal. It is also the same as a 4000 rpm V8. If it is not direct injection then the fuel delivery does not care how often the engine fires. That could still be induction pickup with a simple device to advance or retard actively 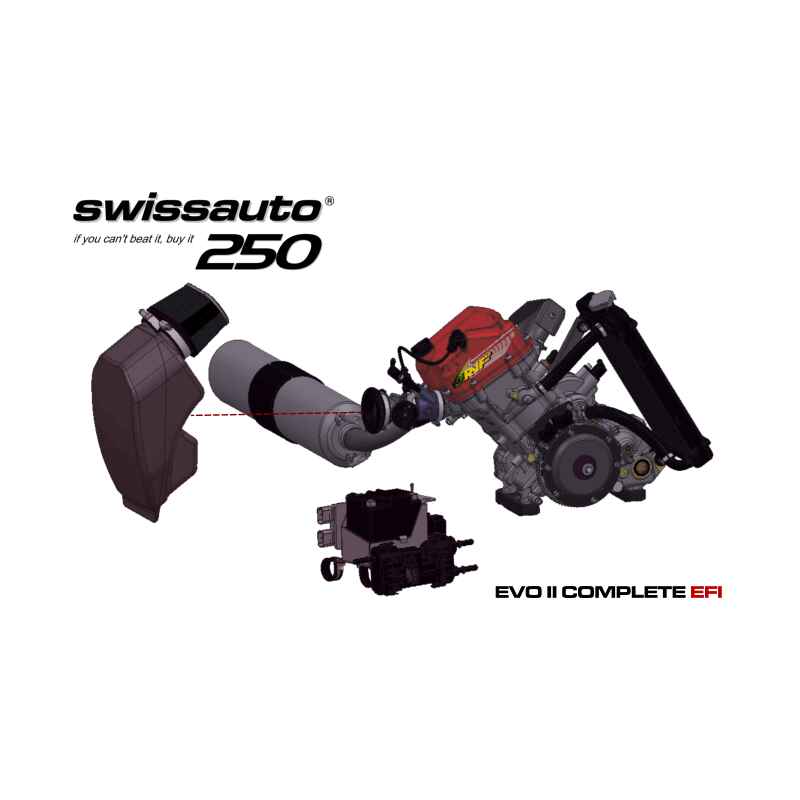 I actually considered this until I realized they are not run it this country. Would be easy to spec with a sealed Electronics package like what Rotax and IAME use for their Rev Limiters/Ignition. No crazy last minute jetting changes before next heat. No futzing with the carb on course. You could just focus on Driving! Just let the CPU adjust Fuel & Ignition while you work on your Craft.

Downside: Might put a few Voodoo Track-Side Turners out of work, but the builders will still find a way to squeeze every ounce out of it (within legal limits…hard cough(blueprint)…snickers).

I saw the carb version of that before. It was pretty cool

Also, reminds me of this…

Something for Karting here? I keep hearing inklings here and there in the industry that KTM are scoping karting as a market. No mention of the displacements in the press release, but something to ponder for karts perhaps. Discuss Would two stroke fuel injection solve problems for some kart racers and make things easier? Or does it just bring more complexity and potiental for problems. Press release and further reading below… [image] Press Release The Austrian manufacturer is well-known for …

I am an electrical engineer for a living. I often say when you think something is simple it usually means you do not know enough yet to understand the details. I guess this is another of those situations. Now I am curious 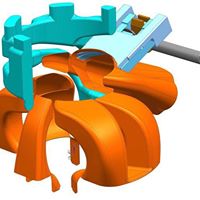 On a 2 stroke, that sounds problematic. How would you lube the crank and rod with mixed fuel?

I think it had a separate oil feed at the bottom of the crankcase.

In the KTM system, two-stroke oil is pumped into the throttle body, to lubricate the crankshaft, barrel, and eventually the cylinder bore and rings. Fuel is squirted into the cylinder via two injectors in the transfer ports, rather than into the inlet port or head.

Also, found this interesting…
From https://dirtbiketest.com/fresh-dirt/two-stroke-fuel-injection-ktms-path-to-tpi/

The window of time for the injector to be open and getting the large amount of fuel a two-stroke needs is the challenge, especially in even smaller displacements we are told. Plus when a two-stroke has a “flame-out” inside the combustion chamber, it can take up to 50 strokes for the engine to recover. This was a big issue in high RPM, low throttle times. For instance when you are going down a hill with the engine revving and then you give it a little gas. Making the throttle response as good as that antiquated carburetor was very difficult. There is not a lot of time for the computer to decide how much fuel and when to shoot it from one stroke to the next since the conditions inside the two-stroke engine can change drastically and very suddenly.