Thanks for the reply @alvinnunley! By too lean I mean that the plug looks white instead of the usual light brown. Not to mention that if I lean further, the engine loses power. What’s confusing me is that the EGT does not drop at the end of the straight, but rather keeps going up with the RPM. What I’m getting at is that there seems to be an inconsistency between the EGT reading and the actual engine response, based on the EGT reading I should be leaning further, however upon doing so the engine runs worse which also matches the plug reading.

If the EGT doesn’t go down, it’s not too lean!! Check all those other things I told you about. Pull the head, make sure it’s still sealed good. Look for signs of detonation. It looks like the piston has been sandblasted around the edges. You have to eliminate all the possibilities, one by one. There’s no mysteries.

In Europe with the ok style exhaust with are way higher with EGT temp…
And the secret it’s not looking only the EGT but to monitoring values depending RPM.

I’ve seen that with aircooled, but with watercooled I’ve found that “too lean” means a drop in performance without detonation… depending on how lean you go.

for the last 6 months or so I have been struggling to reach those temperatures, and now I usually peak at 1050F before I start losing power when leaning further, at which point reading the plug always shows that the engine is too lean. I have rebuilt the carb several times, as well as the engine top end to no avail

This is an interesting one… How is the actual relative performance been in that time? The “optimal” EGT can vary with all kinds of this fuel, squish, compression etc.

EGT thermocouples are also notoriously fickle as well - something to keep in mind when you can’t figure things out.

A low EGT can also mean unburnt fuel/oil; but it would need to be quite bad for that to happen; though an intermittent misfire can lead to that.

There’s some good back-and-forth on the merits and pitfalls of EGT tuning/monitoring here: ROK Shifter EGT's

@alvinnunley thanks again for the helpful reply. Will do all that and further testing as soon as we’re allowed to go to track!

@KartingIsLife I didn’t notice any major drop in performance since when the engine was new, even before and after the top end rebuild the performance didn’t change noticeably. With regards to ignition timing, it was not verified but no changes were made to affect it.

This is what I aim as well and it is working for me up to now.

AllLoss of performance without detonation? What evidence do you have that there was no detonation even though you had a loss in performance?

I am creating my own database with information about my best laps of last 80 sessions I had (including training, qualifies and races) and the average EGT temps are:

I’d like to know your toughts about these averages and also about the gap between than, I mean, the difference (126ºC / 259ºF) between min and max seems to be ok?

AllLoss of performance without detonation? What evidence do you have that there was no detonation even though you had a loss in performance?

Rotax Max is a good example. If you go a jet size or so too small for the conditions they lose power and backfire. Usually referred to as a lean pop.

If you could chart that, overlaid with RPM numbers, it might be easier for me to evaluate. It’s been my experience that the EGT will very with the load on the engine. Low end/low temp, high-end/high temp.

Several have mentioned variations in EGT readings blaming the sensor. My question is, does the EGT probe need to be cleaned and if so with what (chemicals / abrasives)? Also, there is some small adjustment in depth of the sensor, what is the ideal depth or does that mater?

@alvinnunley, I got a screenshot from Race Studio with 2 graphs of my fastest lap in the track I am used to train/race. First graph showing RPM and second graph showing EGT.
As you can see, in this lap I reached the following:

From your experience, seems to be a good relation between both graphs?
Gap between min and max EGT seems to be ok?

Thanks in advance for your inputs.

Nice graft! Never seen this one before. Thank you!
Noticed the lag in highs and lows between the RPMs and the temps. Other than the lag, I see a direct correlation between RPM lows and temp lows. Tends to corroborate what I said about needing to be rich on the low-speed to prevent detonation. I think, I could be wrong. The spread, on the temps scale, is narrower than I expected. It’s quite a bit wider on a KT100. Can this be attributed to your tuning skills?

I wonder, if you went a little richer on the low-speed, could you flatten those highs and lows a little bit? Something to shoot for.

I’m a little surprised at the jagged line of the RPM scale. What do you attribute this to? Is there any driver input into this?

Thanks again, I love this stuff, if it’s not already obvious. lol

@alvinnunley, maybe I forgot to say I do not use KT100, KA100 or X30. The engine I have is IAME SUDAM as shown below. It is similar to IAME X30 but without clutch and digital ignition. 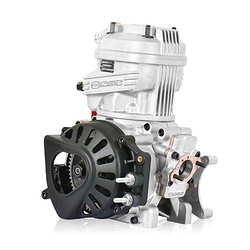 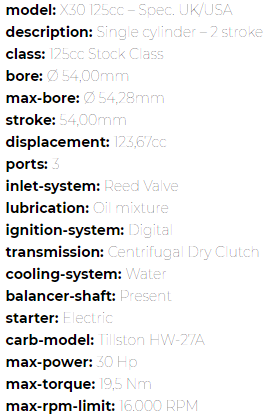 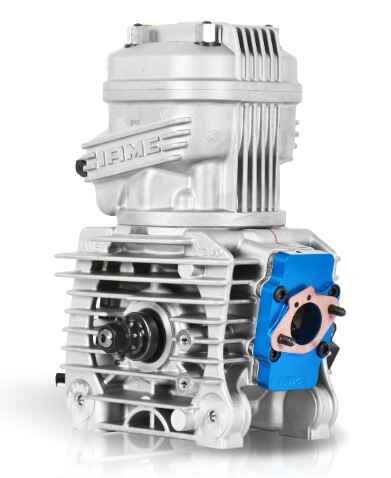 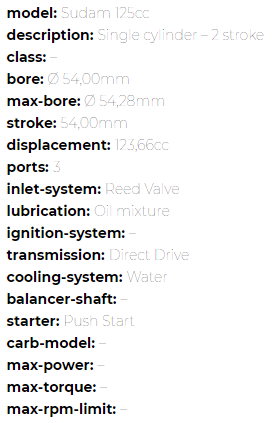 I´ll try to answer your message by parts:

Thanks for your message @alvinnunley. I always learn a lot from what you have to say.

I am sure @alvinnunley could expand on this more than I. Point by point:

I would love to hear Alvin’s thoughts on this too.

First off, you’re a very prolific writer. Not that I don’t enjoy it, but I’m afraid my responses will not do it justice.

Theories on what’s going on in the combustion chamber are everywhere. Yours are as good as anyone’s, including me. My theories are not nearly as involved as yours. I enjoy reading them. Are they right or wrong, who knows, not me, but I do have some ideas of my own, ideas that mostly coincide with what you say. Mine are a little on the simple side.

My ideas start off with; we tune the expansion chamber to be most efficient at the engines peak torque RPM. Hence the reason for running so rich on the low-speed. Running rich is to prevent detonation. Detonation is caused by (again I keep it simple) excessive heat and/or pressure. As the RPMs increase both the pipe and the engine become less efficient, meaning less pressure, thus the higher EGT readings. There’s less pressure so you can run the EGT higher.

Detonation causes a drop in the EGT, your first clue that detonation is beginning. Always run as high an EGT as possible. That’s pretty much it.

In my theories, you need to run a lot richer on the low-speed where the engine and pipe are most efficient.

I’ve had a few X30 engines and here in Europe the EGT would be perfect at 650-660 degrees Celsius, you can reach 680 degrees without seizing the engine but in order to be safe, keep at 650-660 Celsius.

Al, what is the “effect” of richer on the low speed as a general philosophy to shoot for. What does that pursue, performance wise? Ideal acceleration off the bottom end?