Your Experiences with the RoK Cup and LO206

I know some of the Florida Lo206 guys had a rather difficult experience in the way the Lo206 community was treated by the officals at the latest RoK Cup. Courious to hear is anyone else experienced the same treatment, or if these guys had a one off experience?

I’ve never been to a RoK event so I have no clue. 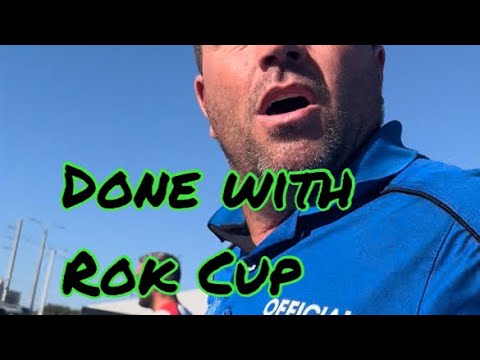 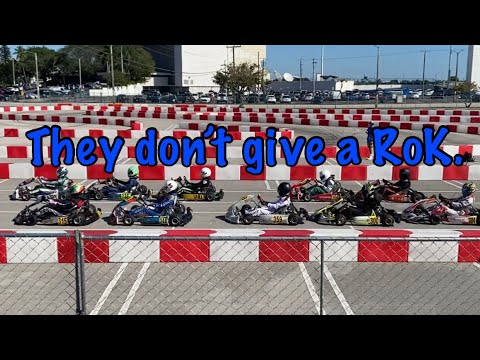 I have expressed my opinion on Facebook. But this isn’t how you do anything positive. I’m not saying anything that happened was right. But when given a huge platform they chose to promote their page instead of addressing issues.

So the fella doesn’t exactly say what went down in that video or at least takes a while and I lost patience. Is this the “tater” thing causing drama or something else?

Edit: 2nd vid gets to heart of matter. Odd story.

The lawnmower portion should be blown over and have some fun with it.

The other problem mentioned is tough. Not being there and not having both sides of the story, hard to comment specifically. Anything I’d say is pure speculation.

I’m very confused by this second video. On the first part, were they upset that they couldn’t bring a truck into the pit area? Because I could see that as them specifically being called out, but I also know that some events don’t allow vehicles into the pits until the track goes cold. They can’t keep people from leaving, but not letting people come in reduces the congestion towards the end of the day. It doesn’t sound like it was handled well by ROK, but I can’t entirely tell what the situation was.

Regarding the broadcast parts, I think the broadcast recording may have had an issue, because a 1 minute commercial wouldn’t have been 9 laps of racing.

They’re upset about names, but it wasn’t just 206 names getting butchered out there. One of the announcers was missing everyone’s names out there no matter what class it was. He’s not familiar with the national scene, so he has to learn a lot of names really quickly. Trying to read names while announcing and keep up with the events on track can get you mixed up really easily.

I’m also very confused by how they’re trying to approach/present themselves as 206 racers. Early in the video, they go “don’t get upset from my little comment if you’re a 2 stroke guy watching it, I know how you guys get all hootin and hollerin and get mad, cause a half a psi cost you the race.” Are these not the same guys that made a post on Facebook about the lawnmower comment and made a big deal about it?

Sounds like they just want to complain to make a big deal out of anything. I wouldn’t worry about it too much on your end.

I was curious if others in LO206 have experienced anything close to the sort, or if this was an one off issue? Being I compete in CKNA, everyone is 4 stroke, and everyone is one the same engine package.

I’ve never been in a series with multiple race classes mixed, where one class is looked up or down upon. All I have to equate it to is our local, where we don’t really see that stuff. Other than the two park and pit on opposite sides of the track, and the crowds don’t always mix. But I think that has less to do with say the 2 stroke crowd disliking the 4 stroke crowd, it more logistics because you want to park next to those who can help you out and have knowledge in what your racing and what your working on.

Never been to a huge race sponsored by RoK or Iame with all these different folks mixing it up if that makes sense. Hence why I wanted to know if this is a one off thing?

My opinion this isn’t a one off. But rather one group making an attempt at clicks. My personal opinion is that it’s hurting 206 more than any help they thought they were doing.

But I think that has less to do with say the 2 stroke crowd disliking the 4 stroke crowd,

This doesn’t actually exist does it? The racing is what matters, not the speed or how pretty your tent/suit is. I could see self conscious adolescents throwing shade about 2 vs 4 but adults?

I’ve never seen it happen. The worst I’ve heard is “driving a 206 is really boring, but the racing is good so I still like it a lot.”

The thing many need to remember, the lowest on the totem pole is always the odd man out.

No matter you go to a world of outlaws race that has the local 360 racing as the “time filler” or kid karts being on track. Someone is always going to think the slowest class shouldn’t really be there.

When you go to a ROK, 66 or other and you are racing 206, understand your surroundings and race you are attending.

Then why invite them?

I think there is always a friendly banter between die-hard 2-stroke and 4-stroke guys, but nothing malicious or condescending either way.

No idea what went down at Rok Cup or how 206 guys were treated.

. One of the announcers was missing everyone’s names out there no matter what class it was.

Ah yes the up and coming TJ Cohen, for example.

Did someone call me that recently? Howden figured it out after mispronouncing it for a year or two.

Nope but I remembered that video of smol TJ getting his name destroyed by the announcer.

My wife’s name is Jacque and I often have to pick up our take out orders and claim dinner reservations for “Jacques”, so I kind of know what you mean.

Thus the French name for your son. An excellent choice!

Well the 206 guys wanted to run there. ROK didn’t have the 206 class in 2021, but they got questions about it so they said if they get enough pre-entries they’ll run the 206 class again.

From ROK’s perspective, not only is it more entries to the series, you’re introducing guys from 206 to your engine packages. You can get 206 drivers moving into a VLR or ROK GP from 206 if they like the experience at ROP Cup.

From the 206 perspective, you get to put yourself on a bigger stage against more people. Now, you get to be on a live broadcast of the races and can say “hey, there I am.”

That makes alot of sense.

They seem like guys that go looking for confrontation so they can get it on video. Especially when they say Potter walked away and then he went and made stuff up/lied to the gate person to get him to come back.

They try really hard to insinuate Potter was being racist, too.

I didn’t care one way or the other about these guys before hand, but everything about this makes them look trashy and whiney.

The 2 vs 4 cycle rivalry is real, but it’s light hearted joking between the two and has existed since before I started 25 years ago. Tater digger, lawn mower, weed wacker, chainsaw, we roll the Apex just as fast as your shifter, etc etc. Neither one truly looks down on the other and we all have fun together.