I think part of the problem for karting is cultural. We don’t really know how to make karting ‘entertaining’ and revert to ‘tutorial’ type content. Nothing wrong with that kind of content, I am really talking personal preference.

Others have kind of sussed it. CarsandCameras and that kind of thing. I’d include this kind of stuff as well. This is more in the ‘spirit’ of karting than modern karting in my view. 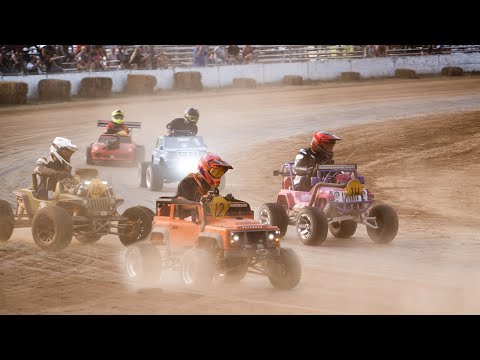 Karting1 in the early days was very successful (we’re talking early days of youtube, now my vids perform very poorly coz people don’t wanna see me talk in a room). We used to get a ton of views that’d if I got them today I’d not be broke. Luke Ellery and David Sera were also there doing cool stuff. It wasn’t just youtube back then, there were a few other video platforms.

Racing alone isn’t really enough, that’s the thing. Karting used to be more ‘lifestyle’ back in the day, but it’s morphed into being something very very rigid. And that rigidity has come at the worse time because it means we couldn’t take advantage of the mainstreaming of youtube and other platforms.

If you have old karting mags you used to have a ton of features on kart builds, designs, engine building, engine designing, unique events etc… Stuff that you could build a karting video ecosystem from. Just look at 2-stroke motocross builds on youtube. We could easily have that kind of the content… but it’s not being made… not made ‘right’ anyway. I just don’t think enough people have the confidence to pursue that kind stuff.

I know certain social media platforms get a lot of views on kart crash content and that kinda thing, but I don’t really recognise that as anything worthy of note. It just appeals to short attention span. It’s not really engaging content.

Hey All!
I found this old thread while doing some research on karting YouTube channels, trying to improve ours.

I have watched and or subscribe to a bunch of the channels listed and will definitely check out the others.

What I’d love to do is create F1 style races, multiple cameras, multiple onboards, commentators etc etc. but the truth is that all costs way to much, and it’s extremely difficult to build a large loyal fan base for an “armature” sport, where the star competitors tend to move on to the next level. How many of you regularly watch F2 or F3 races? I do watch them, but definitely can’t say it a regular occurrence.

I think a smashup of SuperGt, Illegal Alien Racing, and Power Republic would make a great channel! ( Might be the direction we’re heading )

Bit of a shameless plug, but I would really appreciate any feedback on our channel.
We have 2 distinct style of videos right now. 1 being typical races, start to finish. We’re adding more and better graphics / overlays etc. to give it that F1 Look.
The others my son Blake creates, they’re montages set to popular music like AC/DC, Kid Rock etc.
Again, any feedback good or bad is appreciated (just keep it respectful

Share your videos with friends, family and the world

KR is a go-to channel for sure.

What I’d love to do is create F1 style races, multiple cameras, multiple onboards, commentators etc etc. but the truth is that all costs way to much, and it’s extremely difficult to build a large loyal fan base for an “armature” sport, where the star competitors tend to move on to the next level. How many of you regularly watch F2 or F3 races? I do watch them, but definitely can’t say it a regular occurrence.

The other problem is that karts don’t offer a very stable dynamic presentation, which is to say - & particularly in the sprint format - they notably dart about rather quickly & don’t flow as elegantly (ie. Slow enough to visually take in) as an F1 machine in vid format, their small size probably lending to that perception; RR is sort of the opposite problem because they’re so small relative to the track. I think karts look great in person, & I like to watch them race live or vidcast, but I’m biased.

In general, it’s difficult to frame karts in a video format & capture the “essence” of it. I suppose the job could get done with enough money, but who would go there?

they notably dart about rather quickly & don’t flow as elegantly

I’d counter that karts look flat and boring as ever now, esp on camera. They should be darty and dramatic.

This might have been stated already in the topic, but I think Eurosport’s work in the 90’s/Early 00’s was peak karting content… from a visual perspective of the actual racing itself. 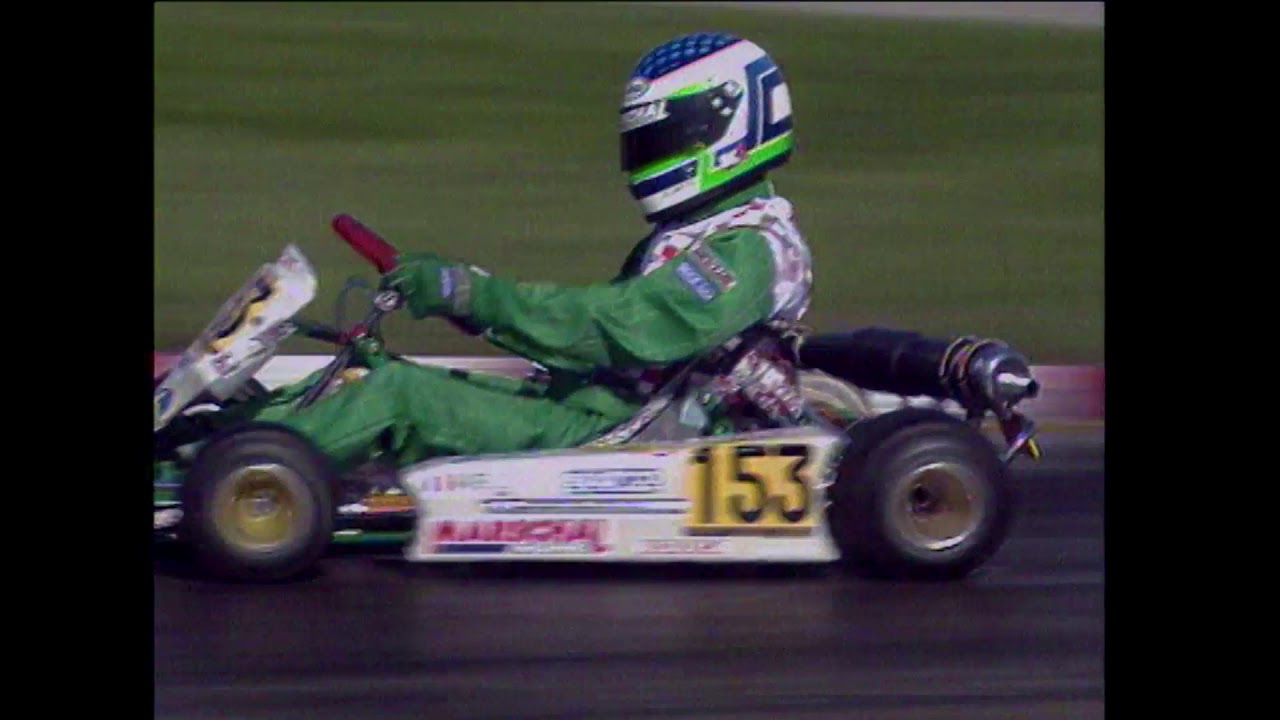 The Eurosport coverage looks like the cameras zoom in closer, which does make for a greater sense of speed. But the action does seem busier & the vehicles are smaller, so it can’t compare to the kind of presentation style that full on car racing offers.

This topic came up over at ekarting a number of years back, & 1 of the posters was involved in broadcast production in some capacity - I think it might have been his dad - & he’d said they tried to replicate the kind of visual coverage seen in the big open wheel shows, but they couldn’t; it just didn’t work out the same. Naturally, cost-benefits was also a thing. I suppose coverage using drones could open up some possibilities, but I haven’t actually seen it tried yet, & it might be restricted or very limited by zoning ordinances &/or federal regs as well.

What amazes me is that the channels of top tier professional karters such as Korsasport, Norberg, Kremers, etc don’t have as much followers (2k to 10k) compared with other channels… Illegal Alien, RedExions, etc…

I think it has to do with the other doing more casual… how my day goes type of videos… what do you guys think?

Making videos that people engage with takes a lot of money and time, and it’s not easy for the Kremers of the world to commit to that type of stuff. People don’t necessarily want to watch the fastest guys, but the most interesting.

so it can’t compare to the kind of presentation style that full on car racing offers.

I’m not comparing it to car racing footage though… just judging it on it’s own merit.
I think Xander has a drone or two coming…

Most definitely. I think Ryan makes good content with a narrative/purpose so I think he has wider appeal than most. But, he’s really specifically making content for karters. The stuff like the Stahls etc are more accessible to non-racer viewers.

In short, no one cares about your races other than your competitors who probably are looking to see if they show up in your footage. Then, there’s the folks who need to get a sense of how to drive the track/line. A small pool.

We like this one but we are biased. :-). No revenue from YouTube and only 200 subscribers. We even show our failures :-).

I liked true racers videos, maybe if they were more professionally made they would be popular

I’m not comparing it to car racing footage though… just judging it on it’s own merit.
I think Xander has a drone or two coming…

No, I wouldn’t either, but I can’t help but think the uninitiated would invariably draw such a comparison. Good on Xander.

A lot can be learned from the likes of Dr Disrepsect and other big gaming streamers. They aren’t the ones winning big tournaments. They are good enough of course, but it’s everything else they bring to the table that make them engaging which is narrative and personality.

Karting, and most motorsport’s problem, is to create fun stuff it costs money and it’s hard to justify that investment. I did the math myself and the budget kart challenge bought me in around 22,000 viewers over the series of videos. I ended up spending maybe £300-400 overall I think maybe when we factor in selling the kart. The last video obviously did the best view wise, but to get to quality I’d want (i.e not rushed around like a lunatic with no time/money) it’d take maybe £250-500+ per video on average over a year I think. and to see a return on that I’d need to see big numbers. It’s possible of course, but hard to risk that level of investment.

What a lot of people do is basically make videos about their racing (which is cheap coz you’re racing anyway) but that’s always going to be limited in potential audience unless the championship organisers are spending BUCKET loads promoting the series that you have a natural audience to draw upon.

Gotya, I was thinking that comparison is good and differentiates karting. But maybe it can be hard to watch IDK.

I think the Eurosport filming and 90s karts combined with a strong narrative and presentation that F1 gets outside of the pure footage, would provide very compelling viewing.

Bercy highlights this somewhat. Senna Vs Prost. it was electric. but that was because of the inherent investment already in the drivers from viewers. Imagine that today but with Hamilton and Verstappen. It’d be unbelievable.

Bercy highlights this somewhat. Senna Vs Prost. it was electric. but that was because of the inherent investment already in the drivers from viewers. Imagine that today but with Hamilton and Verstappen. It’d be unbelievable.

As I’ve said ad-nauseum on, Bercy is what caught my attention and introduced me to “proper” karting.

Four stroke shifters (with the big external shift lever so you can see drivers working).
In an arena
On ice
Xanderman on the cam
See what pros we can attract

I bet the slide slidejobs would be epic

KX85 and then we’re talking

Racer in me says yes, and make them all run 16:1 castor
Me paying the bills says 4t hahaha