Oh the fans, I thought you meant the drivers and teams were all assholes.

Well I think the success of DTS certainly brought in some more fans who are potentially more unruly and less dedicated to the sport and more dedicated to the party and energy. There are hooligan fans in a lot of global sports though, so I’m not sure it’s F1-specific. Soccer fans tear down stadiums and light cities on fire.

Plus, the discussions around assault and improper behavior toward especially female fans has revealed that this stuff has always gone on at grand prix, it just wasn’t talked about as openly as it is now, given the climate of social openness we are in.

But also it is the pinnacle of sport. There are real emotions, money, and fame at stake so you can’t just erase that from the depiction of it, even if some of DTS is manufactured or heightened.

DTS’s goal was to bring the sport to more fans and open it up to let people get emotionally invested in it. That has massive positives for record grand prix turnouts, tons of cash flowing to the sport, the teams, and the drivers, financial security for the championship etc. but also pitfalls of some “less desirable” fans attending races.

Soccer fans tear down stadiums and light cities on fire.

Read this book. Amazing story. Buford convinced them (Liverpool hooligan club) to let him be a fly on the wall for a year, the year in which they sacked Turin: 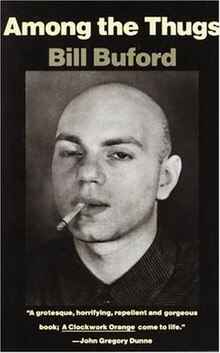 The description “A cloclwork orange come to life” is accurate.

One gets the impression that soccer hooliganism is organized crime that uses large numbers of violent people as cover for theft of, well, everything. Ruckus and violence exceeding the capacity of local authorities. Mob takeovers. Mobile riot. European Holiday. And endless booze.

I had a college professor that was very into photographing stadiums (artistically using 8/10 view camera, triptychs, typically.) He was especially fond of photographing football stadiums in England.
One of his pictures involved a stadium that had a “pen” that was caged and had no seats, just rails to lean on. Apparently this is where they put the hooligans. They’d lock them in for the duration of the game. Iwas told that, at halftime, you’d take a newspaper and make a cone out of it and put it in the pocket of the guy next to you. You’d then pee in it. I’m not sure what happened after that or how that was any more productive than peeing on the cement floor, ultimately.

Oh the fans, I thought you meant the drivers and teams were all assholes

I think some are. Like you said, big money and egos on the line. I dont care for how Max drives at all and find him to be disrespectful to others races. Not sure that makes him an asshole though. Its racing.

And some 1970s F1 race goers (they were criminals not ‘fans’) stole a bus and multiple cars and burned them. Ever heard of ‘The Bog’ at Watkins Glen? 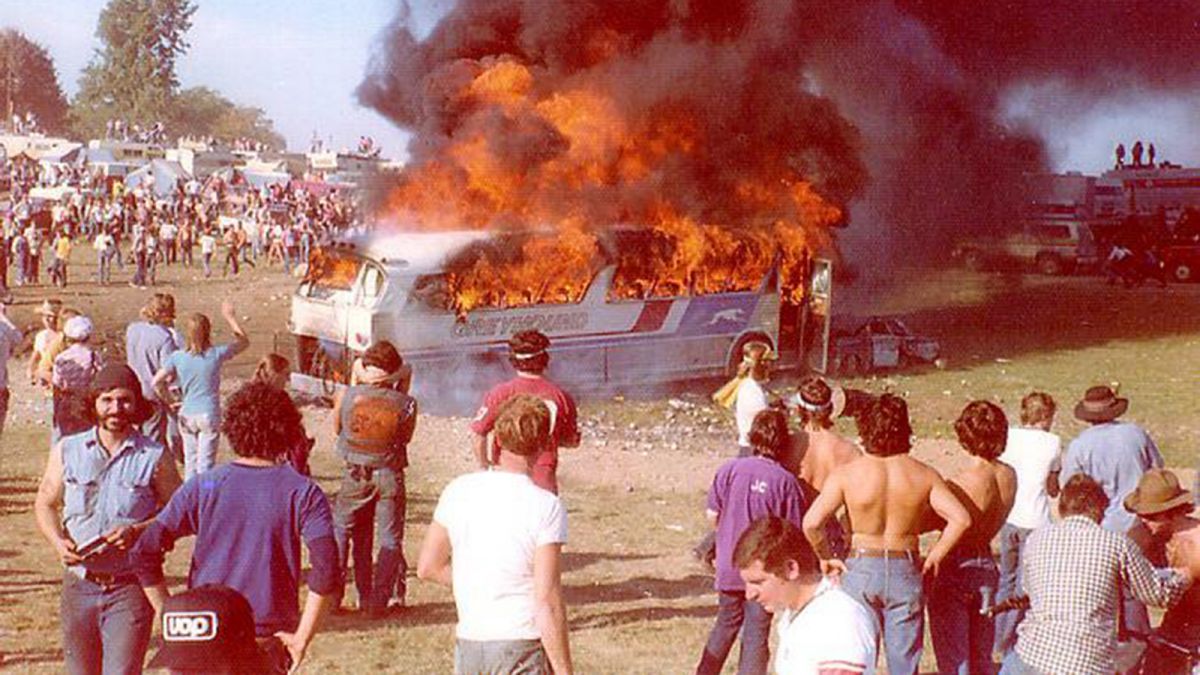 “A group of people known as the Bogladytes owned the headlines that weekend and a muddy section of the facility known as The Bog was their hellish Mad Max-like kingdom.”

So that’s what you were doing in the 70s.

This is reminiscent of just about every musical festival gone sideways.

and thats how a racecar should move.

So that’s what you were doing in the 70s.

Well, we couldn’t throw stones from behind the safety of our ‘firewalls’ so…

That’s a pretty good write up that parallels the stories I’ve heard about the Bog from a couple of old SCCA guys I hung with at Mid Ohio. As far as the magnesium VW engine cases burning, can confirm that happened at the SCCA Runoffs at Road Atlanta and the first year of the Runoffs at Mid Ohio before security put a stop to it…

Ferrari N.V. (NYSEEXM: RACE) (“Ferrari” or the “Company”) announces that it has accepted the resignation of Mattia Binotto who will leave his role as Scuderia Ferrari Team Principal on December 31.

Yeah, they should’ve struck a deal to retain him in engineering and development. He didn’t shine as team principal but he’s a very talented engineer.

Not that it matters but he had a fun look with the hair and glasses. Many memes were made.

Agree, I don’t think he was the right man for the job to begin with but I enjoyed his leadership at least in terms of perceived calmness within the team. Arrivibene ran the team like a mob boss and there was a lot of finger pointing and blame, where Mattia was maybe too far the opposite way, seeming to not blame anything on anyone, and therefore not address shortcomings. 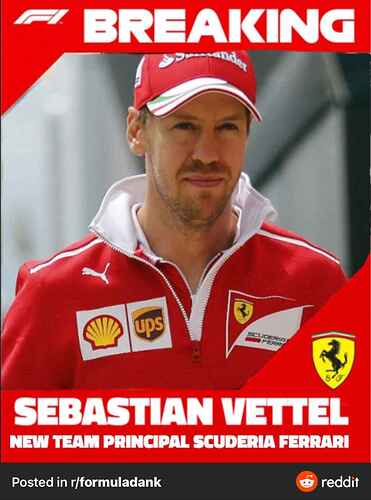 The rumor is possibly for Fred Vasseur to replace Binotto, who is TP at Alfa Romeo and a big fan of Charles. Charles drove for Vasseur’s ART Grand Prix team in GP3/F3.

Nothing really needs to be said, and at the same time, that six-second clip says everything.

Above all else, Grand Prix racing’s greatest asset is that it’s a visceral, sensory experience. There was a era when Formula 1 racing more exhilarating to the senses than any time before or since. This video is right in the middle of that period.

Scroll way up this thread to about post #90, and this clip nicely complements the onboard video I linked to last December of Warwick’s teammate Donnelly doing a qualifying lap in the same Lotus 102.

Formula 1’s active aero plans for 2026 could include the idea of handicapping the car performance of race leaders to help prevent runaway wins. 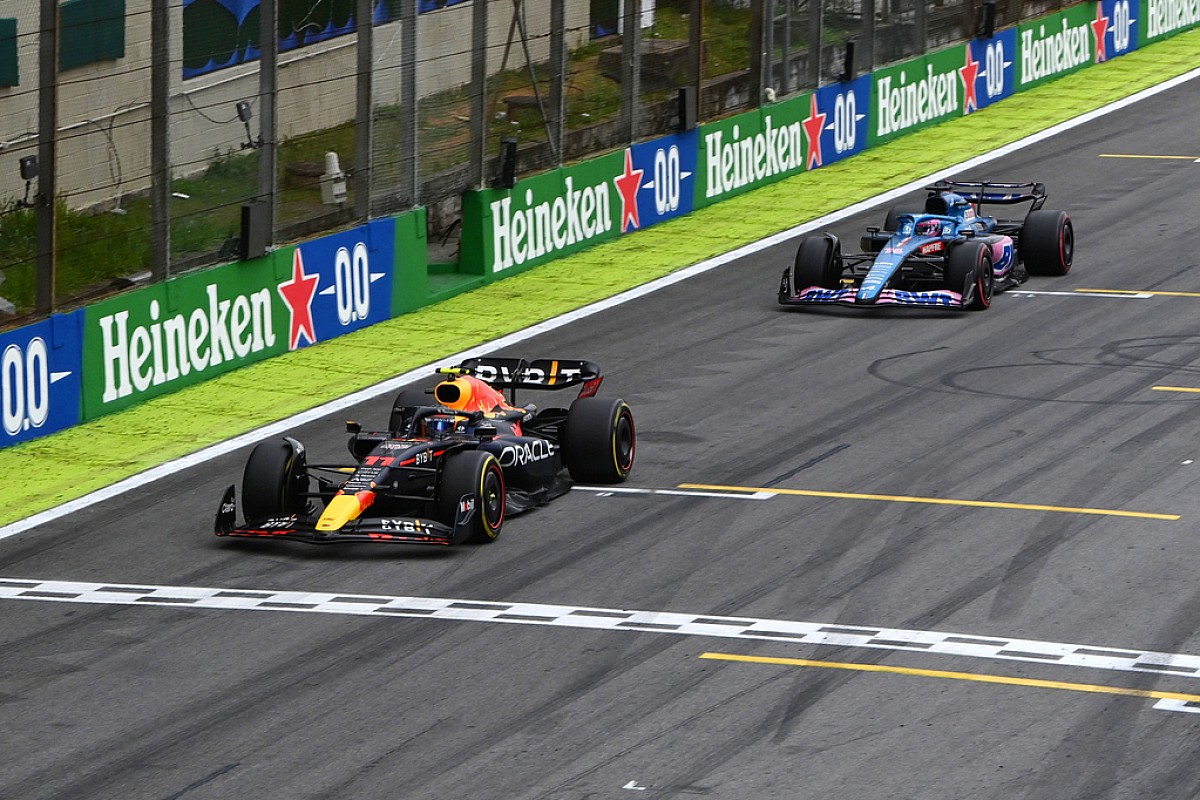 F1’s active aero plans for 2026 could include ‘reverse DRS’

Formula 1’s active aero plans for 2026 could include the idea of handicapping the car performance of race leaders to help prevent runaway wins.

Were they beta testing this on Latifi’s car in 2022? It seemed like they would randomly shut off his downforce mid corner; causing him to spin, crash, or bounce off of other cars.

Ooof. Poor Latifii. He doesn’t even get the benefit of being an oligarch offspring despite the abuse.

It’s that time of year where, once again, we get to be envious of our driver pals who get paid to apex:

How much does a Formula 1 driver earn?

I would work for 1/10 of George’s salary, thanks Mercedes.

They would just have to fly me there and feed me lunch.